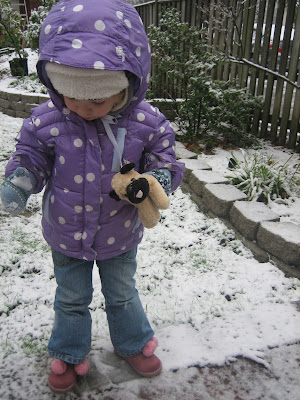 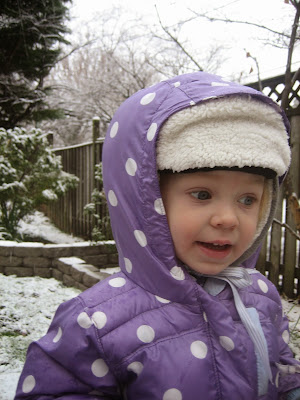 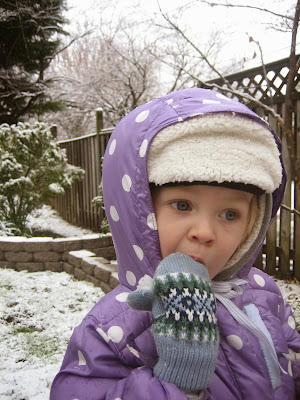 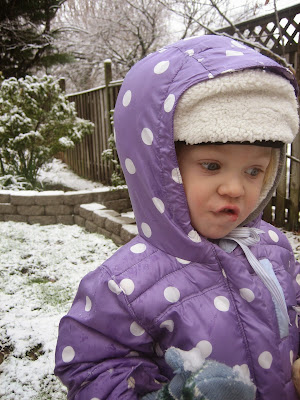 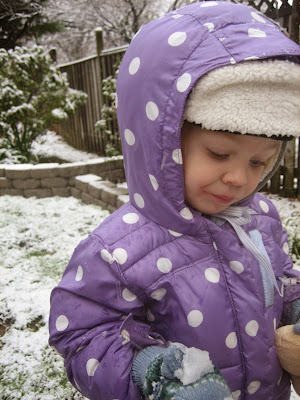 On Sunday morning it started to snow while we were at church. The first snow fall of the winter fell so  beautifully. It was like a perfect moment in time.  I instantly felt like I was 6 years old and all I could think about was getting outside with Taryn. Even though it was freezing cold, I let her play for a few extra minutes out on the open grass before getting in the car to head home. The rest of the day was spent looking out the windows and watching the ground turn white.

Tuesday it snowed again and most everyone had a snow day. Tyson worked from home while Taryn and I made batches of cookies and listened to lots of Christmas music. Taryn and I headed out to "catch the snow in our hands" per Taryn's request. She formed some snow balls and threw them into the little garden. Then she ate a lot of snow. At first I thought it was so cute and it reminded me of when I was little during family winter ski trips. When I would get thirsty while we were out skiing, I would purposefully fall down or stop so I could scoop snow and eat it on the runs. I now know how gross that was and now we have to watch Taryn ever so carefully and remind her not to eat the snow.

I really loved this little snow we received! I can handle it in small amounts like this. It's just so beautiful. 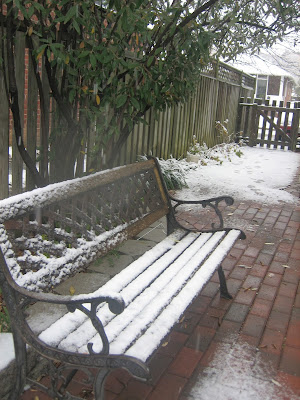