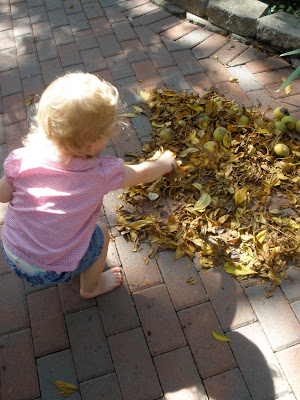 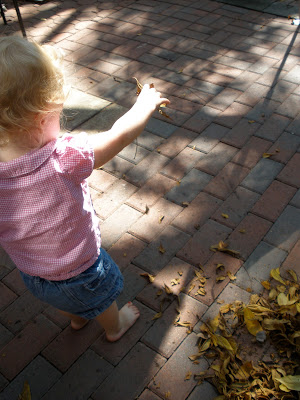 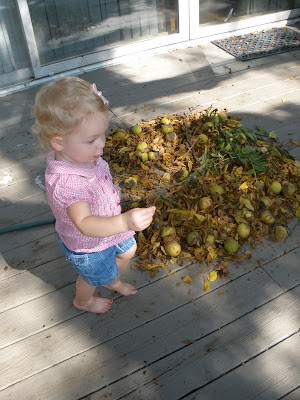 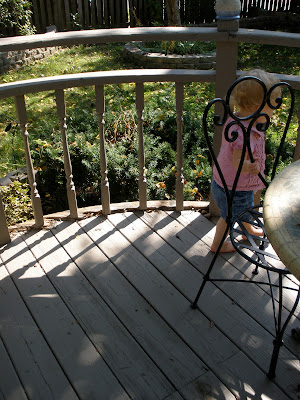 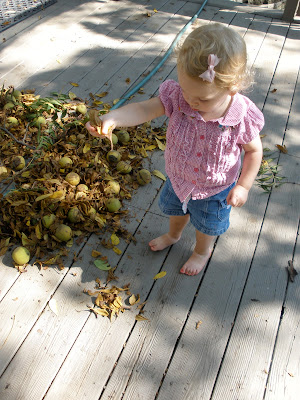 Before the cold really set in, Tyson, Taryn and I spent a day cleaning up around the big backyard. It was incredible how many leaves, walnut tree seeds and branches there were. And it had only been a few days since we last swept and cleaned. We made piles and filled an entire trash can with leaves, branches and seeds. Taryn played around in the backyard picking up sticks, collecting the "balls" (walnut seeds) and putting them in the trash, and even helping us sweep.
Something must have triggered in her  head letting her know how fun it would be to throw the leaves. So she came to the pile I was working on, grabbed an arm full, and threw it in the air. Her giggles were contagious as she grabbed more and more leaves.
Maybe it seems anti-productive but I was so happy that my first thought was how cute she is instead of how my work had just increased. She continued to each of the piles we had created, making her mark as the leaves sprinkled further away. But I didn't care at all. She was doing just what a toddler should.
Exploring, testing something new, and laughing.
Posted by Unknown at 7:45 AM