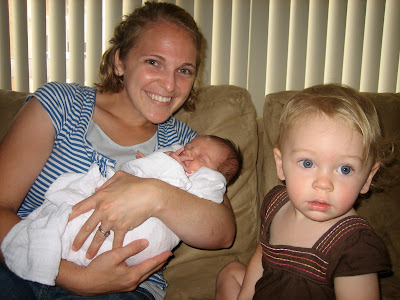 I was so excited to hear that my friend Christie had her baby in the beginning of July. But I was super bummed that Taryn was sick and within a day or two, I was sick too which delayed us being able to bring a meal over and meet their precious baby.  It took us a little over a week to fully recover but we  finally got to meet little Savannah! Holding a newborn requires completely different muscles and I have to admit,  I had forgotten just how tiny newborns are. I am so used to having Taryn on my hip and constantly moving that I  forgot newborns are so very still and more often than not, fast asleep. Savannah is adorable and so is her mom. We are so happy for the Dickson's addition to their family. And even happier that we were able to meet her before we left Arizona. 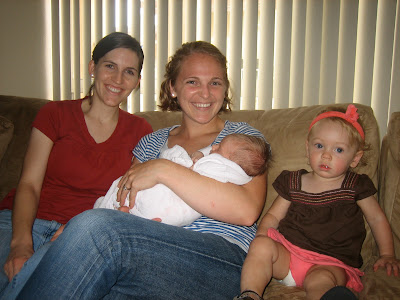 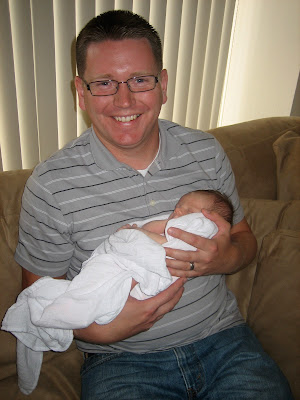 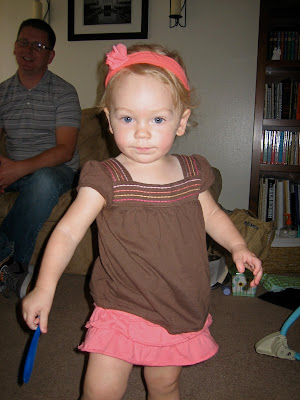 I couldn't believe how big Taryn seemed to us compared to their newborn baby. Taryn was running around, discovering everything about the new place, and dancing for us. But when Taryn sat by me as I held Savannah she was quite, calm, and even kissed Savannah on the head several times.
Oh so very sweet to see!
Now we just hope that medical school brings them a lot closer to the East Coast in the next few years- right Christie? :)
Posted by Unknown at 10:05 AM