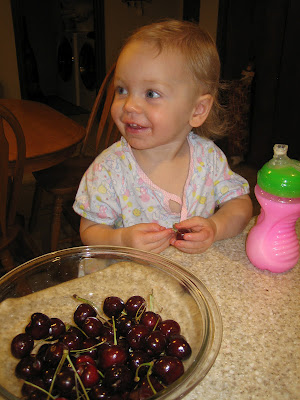 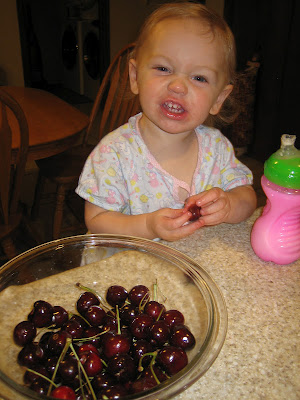 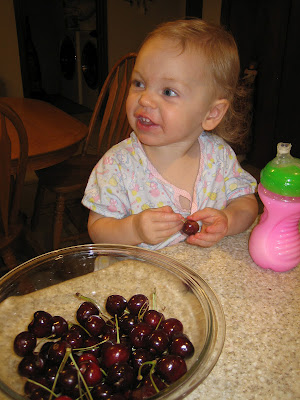 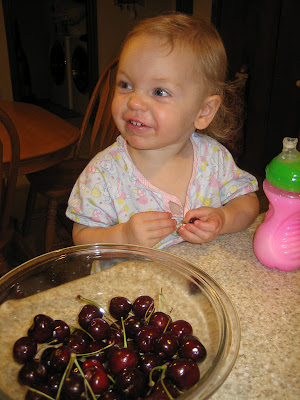 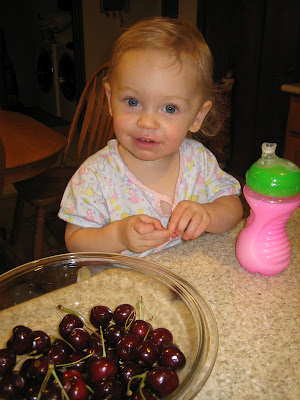 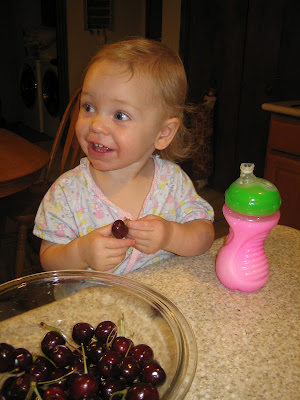 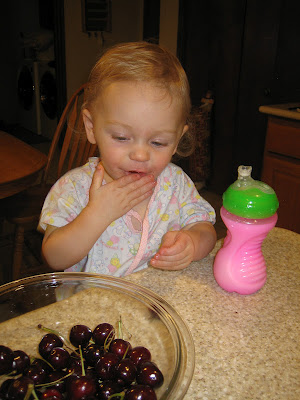 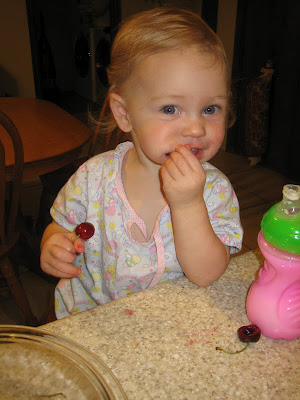 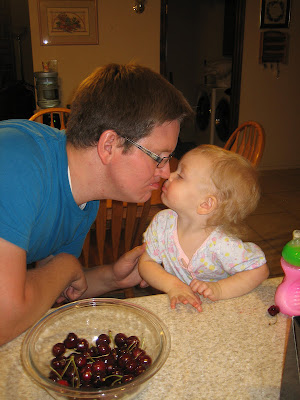 Grandma and Grandpa have been given a lot of cherries lately. Taryn sat on a kitchen stool in her pajamas before bed time and ate a bunch of them, one after another, asking for more and more each time. I try to take the pit out before she eats so she gets half a cherry with the stem attached. Taryn likes to  stick the whole thing in her mouth with the stem sticking out far enough for her to grab on to once she is done chewing off the delicious dark red fruit.
She is hilarious.
The many faces of Taryn saying "cheese" and "smiling" for the camera with Tyson
Posted by Brianna Smith at 3:00 PM