Scott Reunion in the Adirondacks Day 4 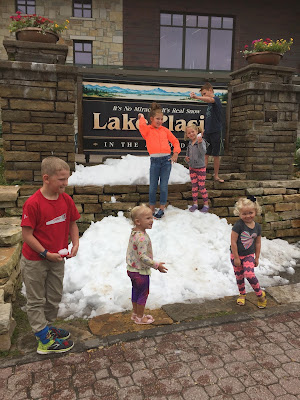 The next morning we headed back to the Olympic Center in Lake Placid to tour the facilities of the 1932 and 1980 Winter Olympics.  This is the location where the 1980 U.S. hockey team beat the  Russians- a true "Miracle," as portrayed in the Disney movie.

I'm pretty sure this snow comes from the ice rink Zamboni because it definitely wasn't THAT cold in Lake Placid. 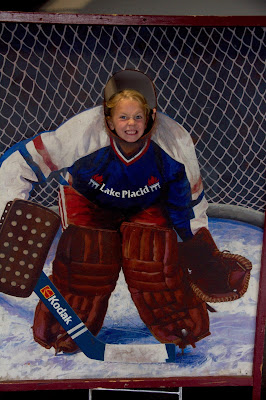 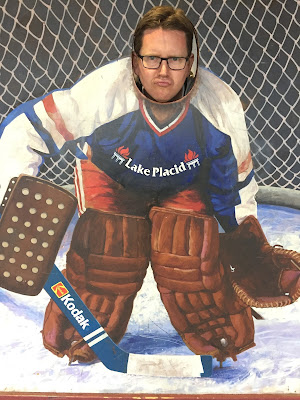 I think these two would make great hockey players. Tough as nails, right there. 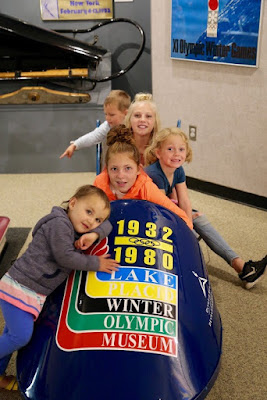 We toured the Olympic museum after as well. They had gold metals from various olympic years and we loved picking our favorite Olympic posters that they used to advertise years and years ago. 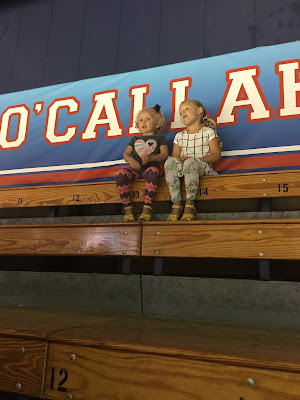 Quincy and Haddie were inseparable! 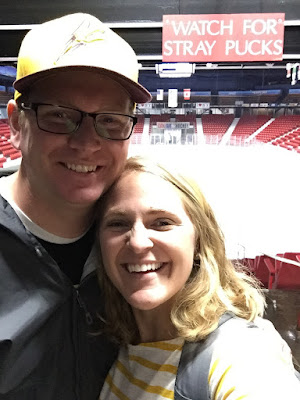 We had a great tour guide who did a fantastic job at portraying the emotions of that day. Probably because he was a reporter who was there that day! 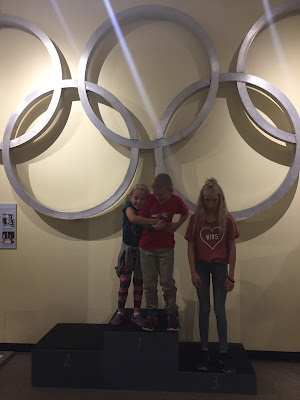 1st, 2nd, and 3rd  places! Nataleigh doesn't look happy :) Jacob and Taryn got along really well during this trip too! 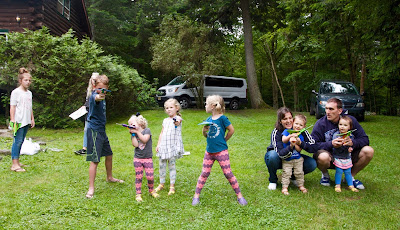 When we returned to the cabin I pulled out round two of "Brianna is a fun aunt" (haha!)
I found these cheap and fun spring loaded airplane launchers in the Target dollar section. I had bought two for our girls during one of our spring trips and told Tyson that I had to buy more for the cousins. It was so much fun! 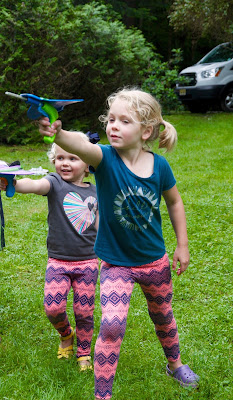 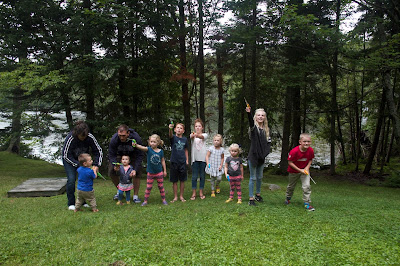 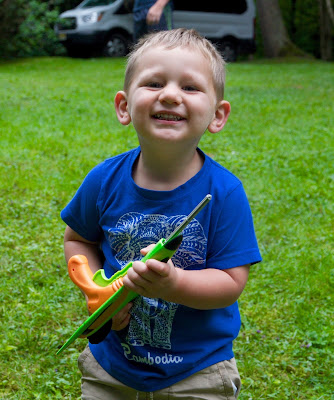 Braden was in LOVE with his launcher and laughed everytime he shot his off. Cute kid! 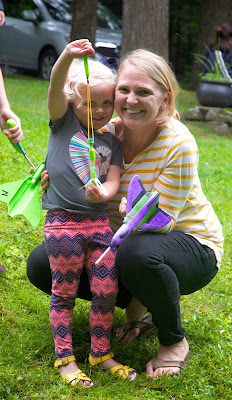 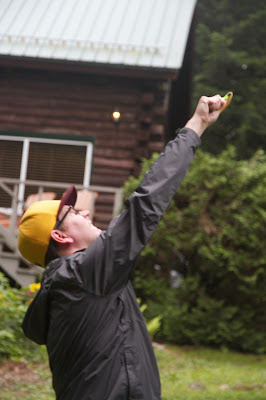 For the older "kids" I brought a few "flyers" that launched when we pulled on a giant rubber band. That kept Smitty, Tyson, Cameron, Ethan and Seth busy for a LONG time. They also glowed in the dark! Later that night Tyson was flipping his into the air. It was really awesome to watch. 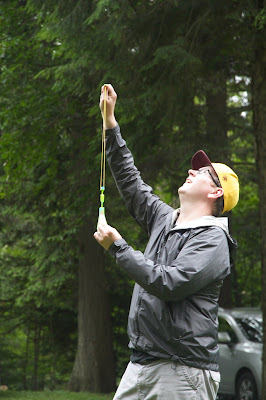 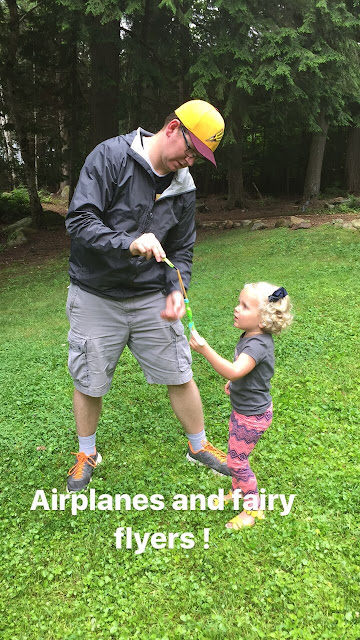 Tyson was teaching Haddie all about proper launching technique. 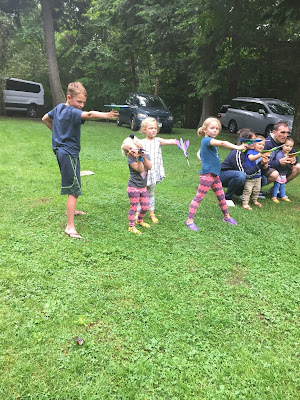 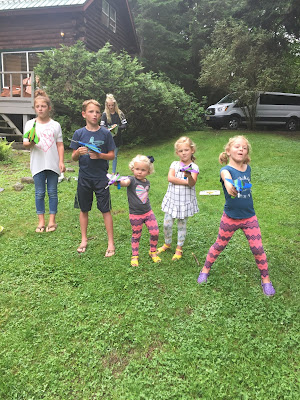 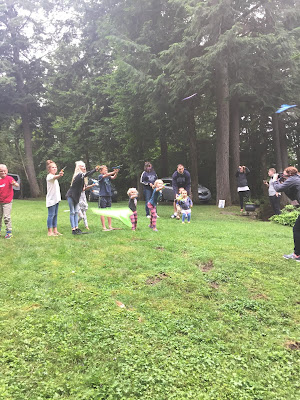 If you look hard enough, you can see the airplanes flying through the air. 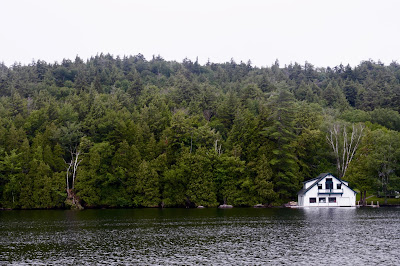 Such a gorgeous view every single day. 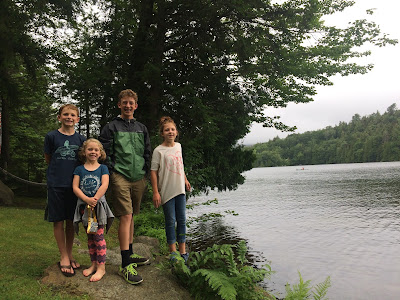 A great bunch of kids right there.
Ethan is now old enough to date and he has taken the dating scene by storm. It's crazy to think that I used to hold him as a newborn!
Merrick and Berkleigh are the best together. Such special twins. I loved that they are caring and compassionate. Berkleigh even asked at one point, "How you doing?" to a cousin she was just passing by. So sweet. Merrick and Ethan were always inclusive to their little cousins who wanted to come along their canoe adventures and more. 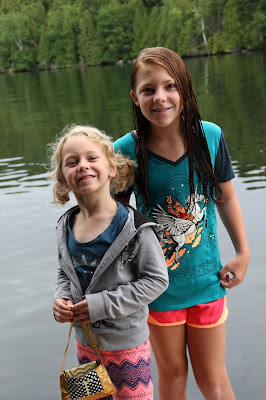 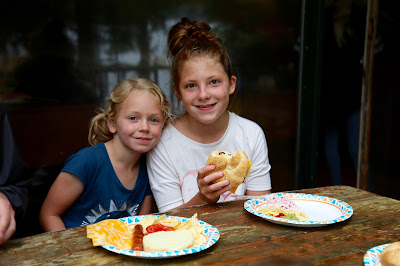 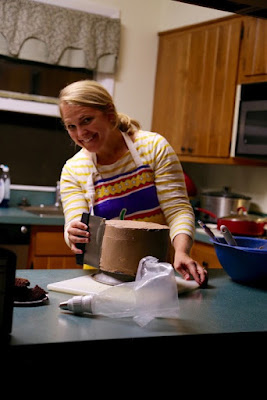 In the process of making a S'mores cake to celebrate Cameron's 40th birthday and Brooke's graduation from BYU-I and her birthday too.