Taryn's last field trip for the school year at the Zoo! and the end of year celebration. 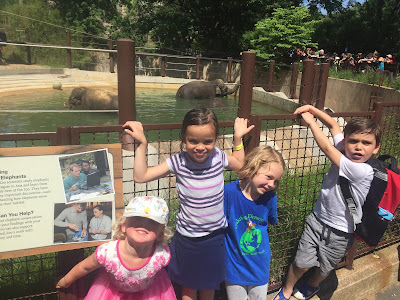 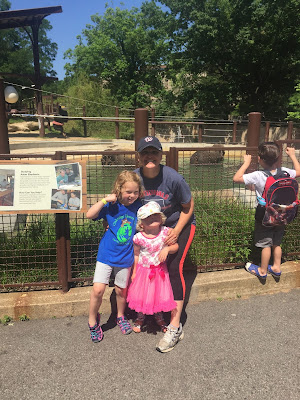 For her last field trip of the year, Taryn's kindergarten class (and basically all the kinder classes in a 50 mile radius) went to the National Zoo. It was a hot day but we are masters of the zoo, so it was a breeze! 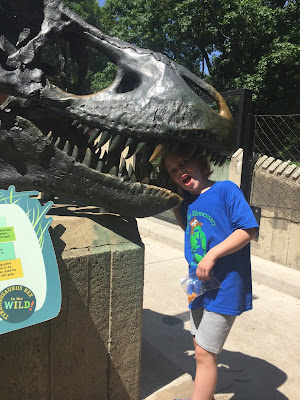 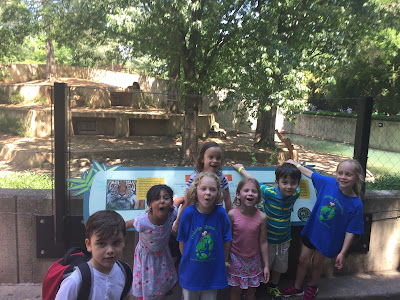 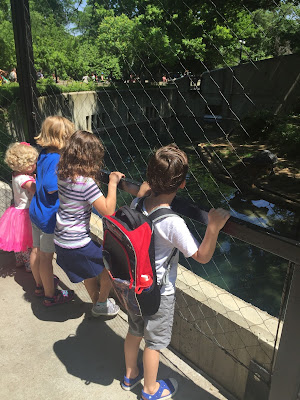 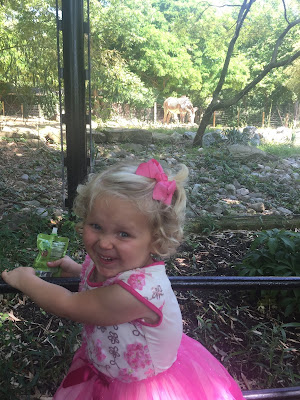 Haddie got to tag along too. She loves being with the older kids and they just adore her. Some don't have younger siblings so it's hilarious that they talk to her and treat her like she is 18 months old. She doesn't know exactly how to deal with that and gives them strange looks sometimes ....hehe! But the older kids love including her, and she loves that. 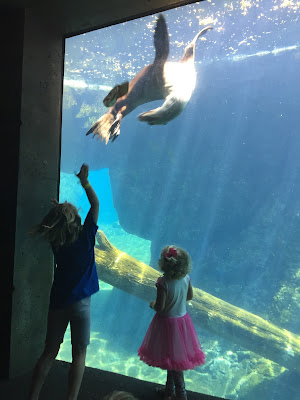 We have or 5 or so favorite animals that we like to hit overtime we go to the Zoo. It really helps on crowded days to know exactly where you are going. On days where the weather is better, like those perfect January zoo days, we take our time to see animals that we normally don't see. But when you have kids that are ticking time bombs for melt downs, it's nice to zip around and get back on time. 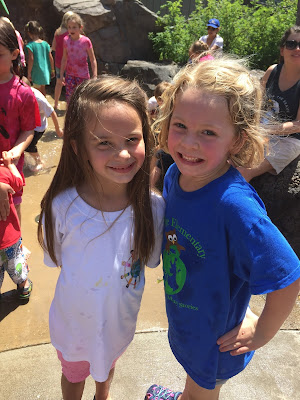 Taryn saw her friend Eva from church at the zoo. They go to different schools but it's fun to have them keep up their relationship despite that. They've known each other since they were 18 months old. 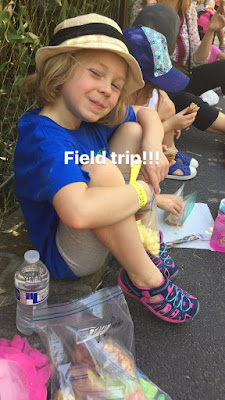 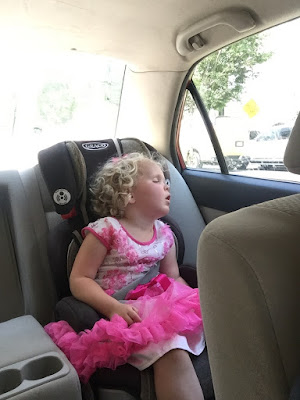 Haddie was out within 3 minutes of me packing up the car and pulling out. She had so much fun! And there is a reason I always wear my workout clothes to the Zoo. It really is such a work out, thanks to the giant hill the Zoo is planted on top of. 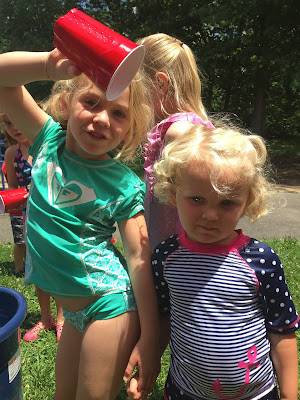 So many end of the year activities. It kept us busy! Haddie had a water day for her last day of preschool, then we zoomed to Taryn's school for her water day. Haddie joined in and Taryn took the best of care of her while I helped man one of the stations. I had several adults come up to me and tell me how kind and caring Taryn was to Haddie. I love hearing good reports about these two girls! 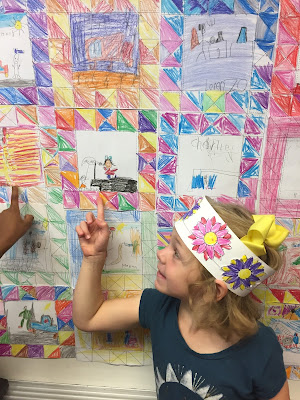 Taryn read a poem and sang songs for her end of the year performance. She said she wanted to be a singer when she grows up (no more Veterinarian!) Above is the picture she drew for her class quilt of what she wants to do when she grows up. 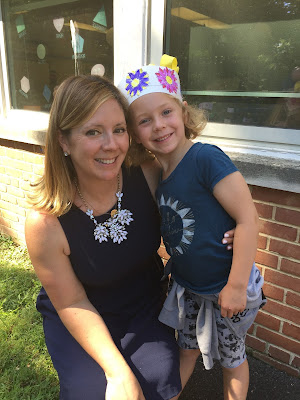 Mrs. Kenny- the best Kindergarten teacher in the world. Say what you want about Kinder teachers that you know, but I have got to say I have never met a better teacher, and I always thought I had the best growing up! Mrs. Kenny was perfect for Taryn and really made an impact on her and the class. I learned so much from her as well. Mrs. Kenny was loved and admired by all. 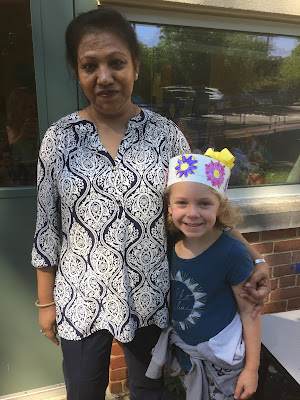 Ms. B was the class helper and we loved her so. She was the sweetest lady and would notice every detail going on around her. She was the perfect fit for the class. We love her! 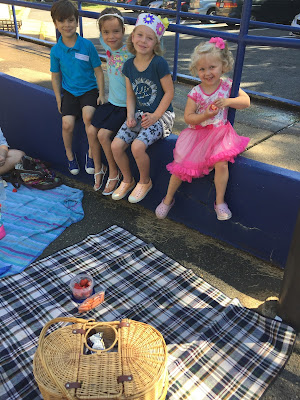 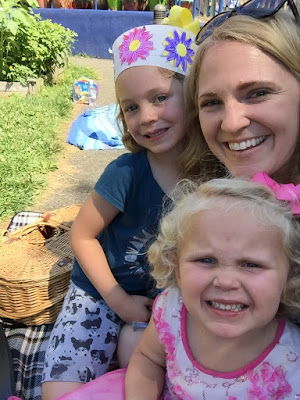 The kindergarten picnic was a fun way to end the school year. The girls are obsessed with picnics and loved that I broke out our picnic basket (circa 2009) from back in the days when Tyson and I were dating. 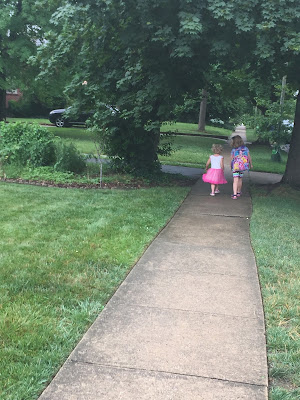 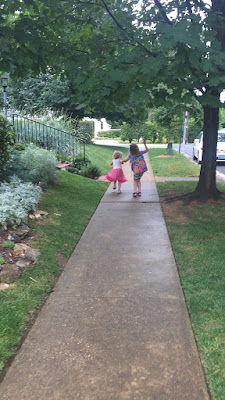 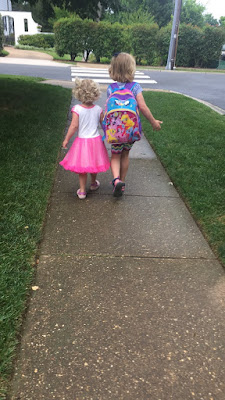 These two walking to school each and every morning. They talked, they laughed, they fought which sometimes led to tears, but generally, it was a great time. With no prompting, Taryn held Haddie's hand and as I walked behind them, my heart melted. 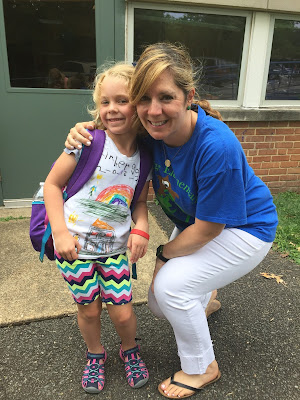 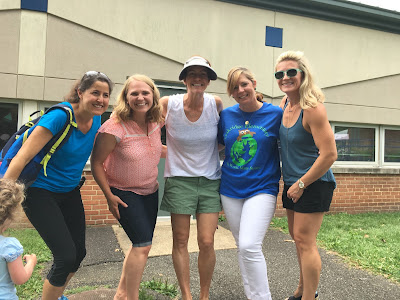 I have to say that the school year was made even greater with these wonderful ladies (Taryn's teacher with the white pants) We saw each other almost every day and chatted about kids, life and laughed together. These are great ladies who inspired me to be a better mom. I can only hope we get to be together this upcoming year. Thankfully, we live rather close to one another which is another cherry on top!
Kindergarten was a great experience for Taryn. Of course she rocked it. But it was a great experience for me as well. I'm only saddened that Haddie won't have a chance to have Mrs. Kenny because she will be moving. I'm excited to master 1st & 2nd grade with Taryn before having to do Kindergarten with Haddie. Now with Tyson's new job, I love knowing that the chances of us living her for the next 5 years is pretty good.