Getting outdoors before Tyson's started his new job. Hiking and Canoeing 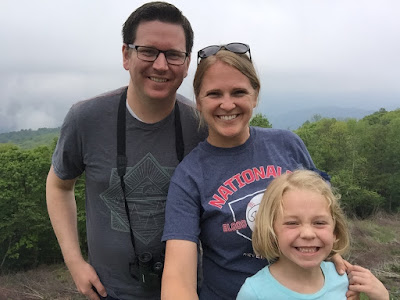 We got super lucky that Tyson had about a week in-between his old job and new job. So we took advantage of that time and tried to get some bucket list items checked off.

We had the first week of June head up to Shenandoah and hike a trail to a beautiful waterfall that we've seen many pictures of. I was so excited because I knew the girls would love it! 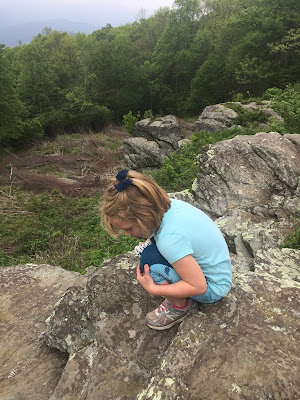 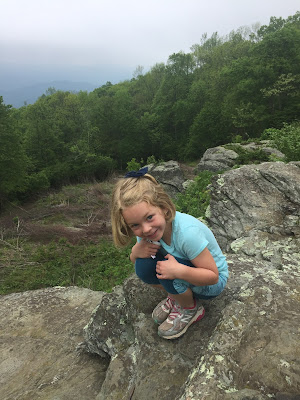 We drove part of the Skyline Drive again and Haddie fell asleep again for most of it. Taryn spotted a lizard and loved climbing all over the rocks. 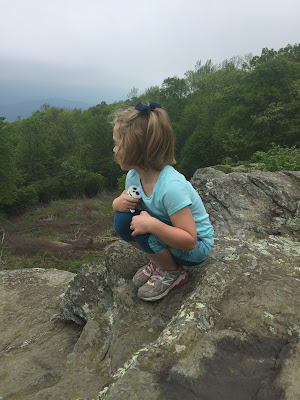 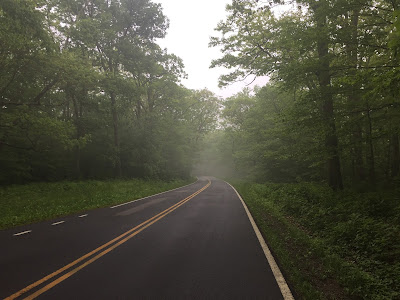 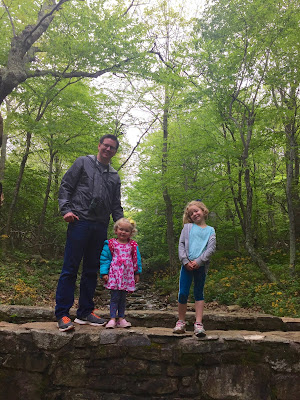 We started off on our hike and it didn't take long for the girls to start complaining. Maybe they were tired from the day before that was spent at Masssnutten, a indoor water park. Or maybe it was just the weather?
Tyson and I were determined to continue on. We convinced the girls to keep walking and tried to keep their spirits up. We saw about 4 deer cross the path in front of us and it was so fun! But then it started pouring rain. Like, we were drenching in seconds. The girls really started complaining.
But we knew it would only take 20 minutes to get to the waterfall and that meant we would be there any minute. 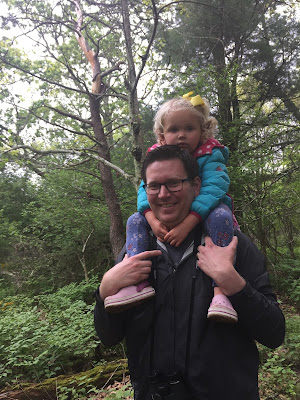 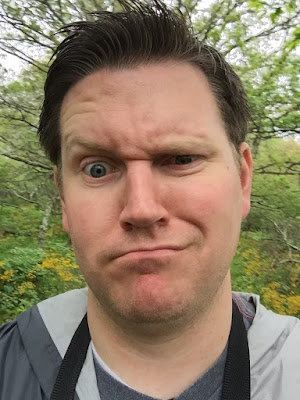 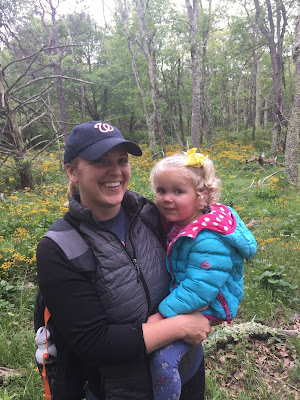 I turned to talk to Taryn who was behind me and I heard Tyson say, "Oh gosh. OH GOSH!" I whipped around to see a black bear running to the side of us, about 25 yards away. WE FROZE.
We started backing up slowly and watched as the black bear darted into a bush near a campsite in front of us where someone was cooking lunch. We didn't stick around to make sure the campers were ok (oops.....but there were tons of campers so I'm sure everything was ok.)

We decided at that point that it was time for us to turn back. If the whining and the rain didn't get to us, a bear should did!
We got back to the car, changed our soaking clothes and ate lunch in the car (because it was still raining.) That's when Tyson, who had pulled out the map while eating, discovered that we were on the wrong trail for the waterfall. Turns out we followed a "Detour" sign because of flooding that wasn't well placed. We followed hikers in front of us and were on a loop that would have taken hours and led to nothing.

So maybe it was the Holy Spirit trying to save us from having an extremely miserable hike. We would have had no food because we left everything in the car due to the short 20 minute hike it was to be, we would have been cold and even more wet, and who knows what else would have been on that trail. 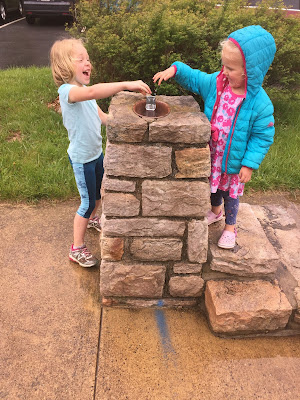 This was the happiest the girls got on our little hiking adventure. Back by our car there was a water fountain. Because the girls were already wet, we let them have at it. They giggled like crazy.
How is it that something so small could bring big smiles to their once saddens faces just moments earlier??!!! 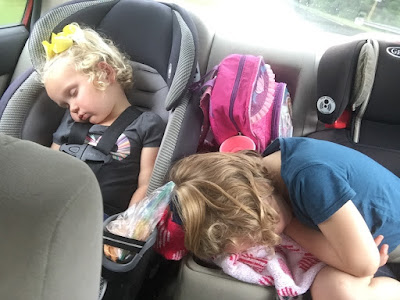 Needless to say, we wore these girls out and decided to cut our trip short because the rain had come sooner than expected and the rest of our outdoor plans were squashed. 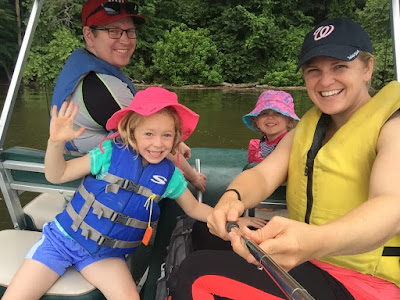 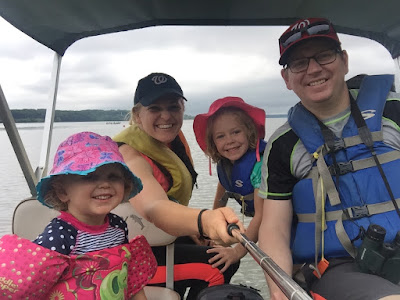 We took Memorial Day to explore Pohick bay again (almost 1 year later!) and rent paddle boats (not very fun) and a canoe (fantastic!) Their rentals were cheap and the girls LOVED it! 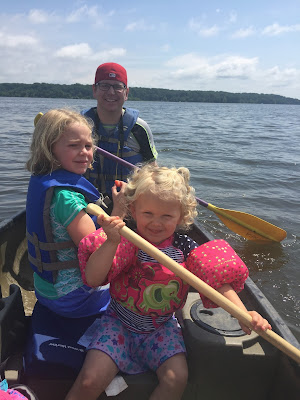 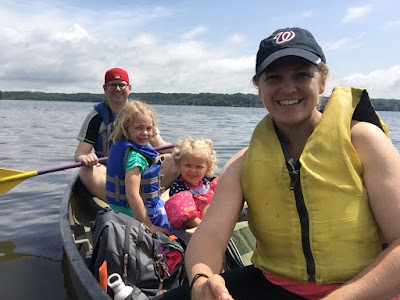 We sang songs, paddled to see interesting points around the bay, talked and laughed as a family.
Tyson said one of his favorite family memories was made on that boat- singing altogether.
It definitely was a terrific family adventure. We all ate our lunch on the boat as we paddled along, saw fishes and unique birds, and just loved spending time on the boat together. The girls were hard workers, sharing the paddle and really getting into the rhythm of padding.
So though hiking in Shenandoah didn't go exactly as planned, this day made up for it! 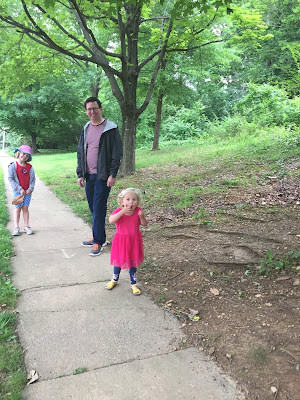 We loved having that week with Tyson home in-between jobs. We were spoiled for sure. Tyson would pick Taryn up from school, walk with us to school, played with Haddie and had special dates with her, and we got to sneak in a few day dates as well while Haddie was a preschool and play dates!
Days like this don't happen enough, which is why we loved it so so much!