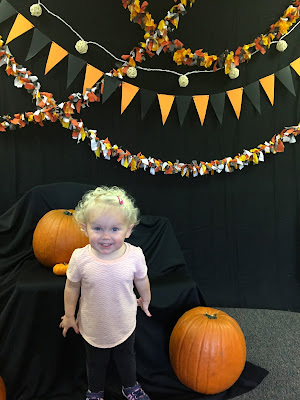 She was so happy Halloween was coming. We did a good job at letting her know what was going to happen and the girls wore their costumes around the house (and maybe even the park) several times before the 31st. 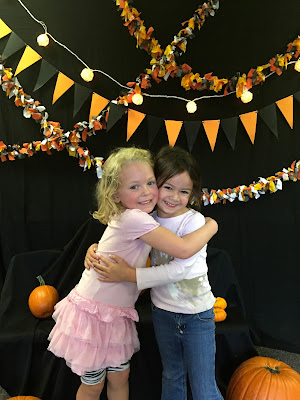 Taryn and her old friend Ellie whom we ran into at Institute. Her mom was helping set up for another "Truck or Treat" 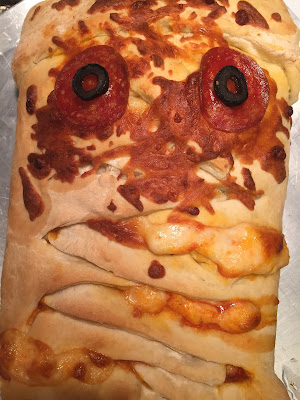 My SIL made this one night and I thought I would give it a try! It's fun to make meals apart of the holiday fun! 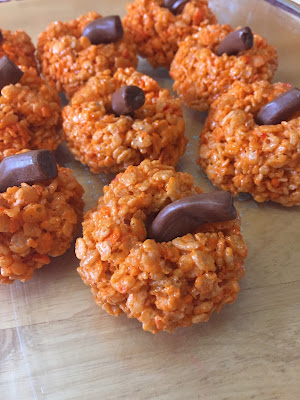 Rice Krispy Pumpkins
I volunteered to make a treat for Taryn's preschool and I thought these little pumpkins looked adorable! they were a hit! 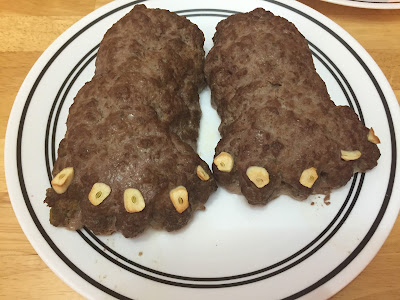 Monster feet loaf. Tyson and Taryn had seen a picture somewhere of this and asked me to try it.  This was a lot harder than I thought. Forming those little toes with not a lot of meat mixture (it was only for our little family so I didn't want to use more) was hard! But it freaked Taryn out so I guess it still looked like feet?? 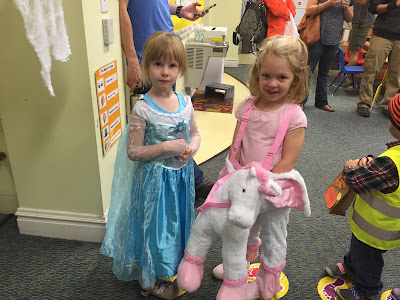 Taryn had a cute Halloween party at Preschool. Her best friend from preschool was Elsa. 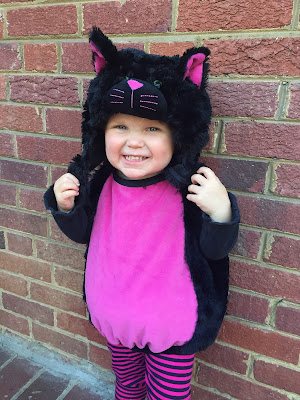 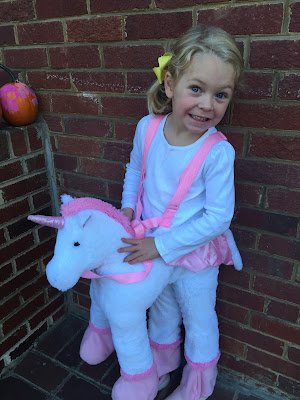 This costume couldn't have been more perfect for Taryn. It's her spirit animal, I'm sure ;)
She made a great choice! 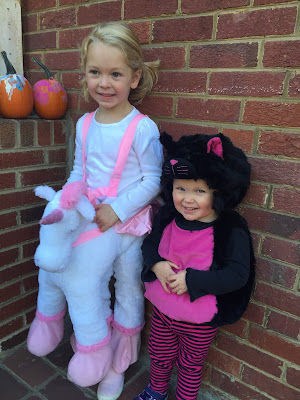 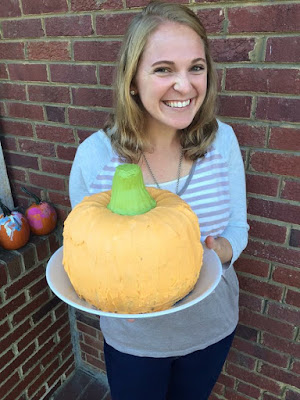 For our ward's trunk or treat, they had a pumpkin bake off. Since Tyson had banned any "pumpkin" anything baking or eating, he signed me up for this contest and said, "Go Crazy!" because we would be able to share it. This pumpkin flavored pumpkin cake was fun and so so so big! 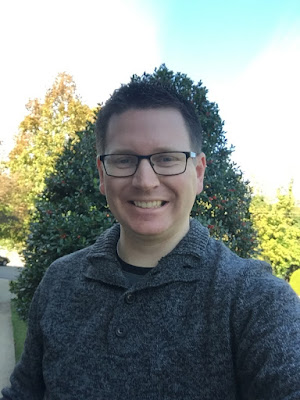 Tyson felt like he needed a selfie that day (mainly to send to his mom after sending along pictures of the girls and my cake) so I just wanted to share his cute face here too. 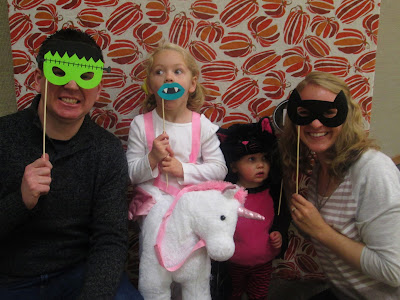 Halloween- I'm liking you more and more each year. Though Tyson and I planned to dress up, my morning went to making the pumpkin cake and we just figured we would dress up at night. Well, that didn't happen either so I'm already thinking of next year's costumes so we can all be dressed up! 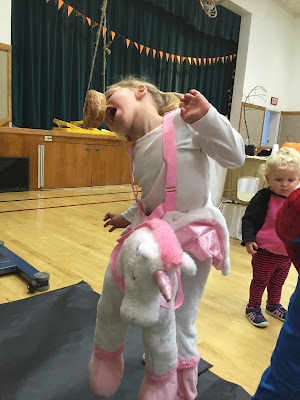 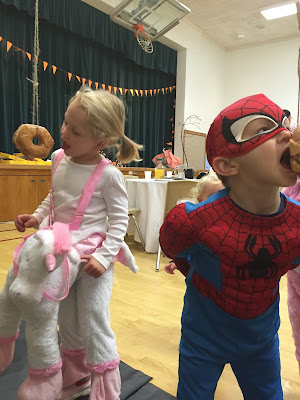 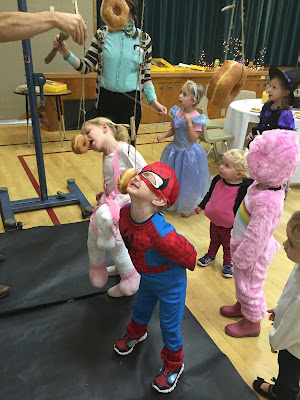 Taryn rocks the donut eating contest. It was harder for her this year but I give her and all the other kids huge props for resisting the use of their hands while this tempting piece of delicious dough dangled in front of their faces. Talk about determination! 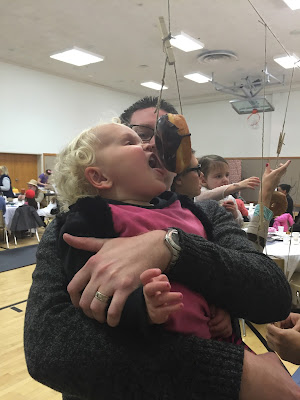 Haddie tried so hard and she was so focused on getting that chocolate donut in her mouth. Tyson and I couldn't stop laughing. Poor girl gave great effort so we pulled it from the string eventually and gave half to her. She was super happy :) 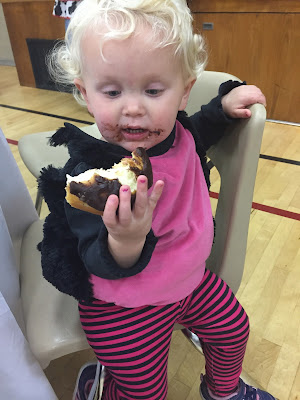 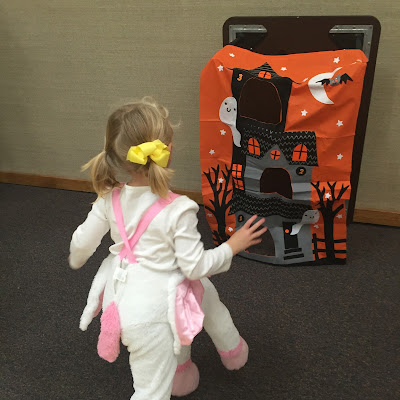 Taryn rocked the Corn hole- making it in time after time. 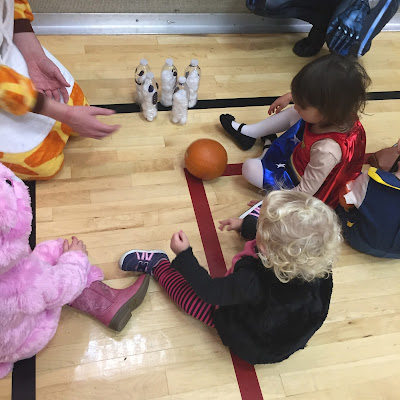 And Hadleigh thought the pumpkin bowling was pretty awesome. 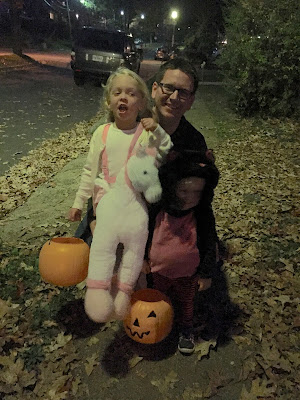 We stayed out for about 35 minutes, Trick or treating all of two blocks. Haddie was trying to stay up with Taryn the whole time but that girl is fast! She LOVED trick or treating. Every door she went up to she would say, "Treat of treating!" and then without being prompted, "Thank you" followed the placement of candy in her little bucket. When we pass neighborhood houses on our way to and from somewhere, Haddie requests to go "treat of treating." "Haddie trick or treating?!" She thought it was the best thing ever. Who wouldn't love ringing doorbells and getting tons of candy!?

Hearing Haddie saw "Haw-oh -weene" was really the best. We learned this year that Taryn loves to be scared but the down side to that is her getting super bad dreams at night. Like to the point she comes into our room crying. So although she loves it, we really have to monitor what she sees to save our own sleep habits! 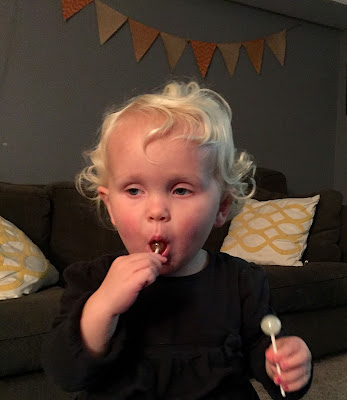