That last week that was kinda crazy. My sister's car accident and my job

Last week there was a lot going on all at once and it was overwhelming.


First things first
My little sister Brooke got in a really bad car accident on Monday, October 12th. When I found out, I started crying as I talked to my mom and then one of my sisters. My mom described what had happened and what was ahead for Brooke and it made me so sad to think of my little sister who was hurt and I couldn't do anything but pray. 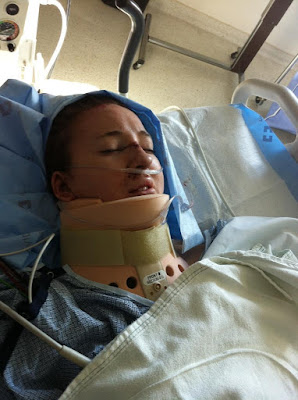 Such a sad and scary sight! I couldn't look at this without crying for a long time. 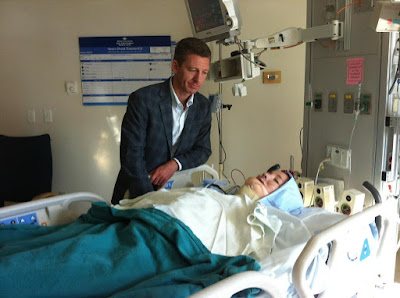 My brother Cameron right by her side 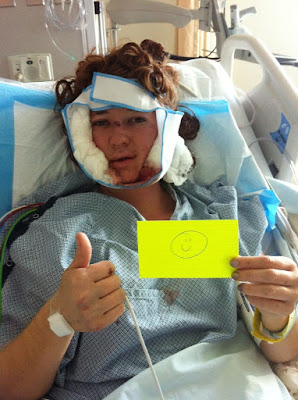 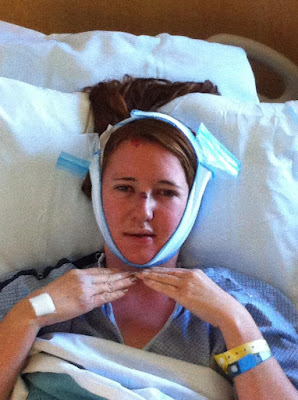 A few days after the accident and surgery, she's still a spunky as ever! She is hilarious! Brooke really showed me that despite what may be going on, you can still find joy and be grateful.

I learned that Brooke had broken her jaw in five places, had broken her nose in two places, a 5 inch "laceration" on the top of her head that was stapled shut when she arrived at the hospital and plenty cuts and bruises. She was going into surgery to place titanium plates along the 5 broken places in her jaw and to wire it shut for 6 weeks so it could heal. My brother Cameron and his wife Jana were able to make it to the hospital where Brooke was before she went into surgery. They stayed with her for the next 3 days, being our source of "Brooke updates" as our family stayed glued to our phones for the next update. The police on the scene and the surgeon said she was lucky to be alive and that her injuries could have been a lot worse (spinal injuries, broken neck etc…) It was a blessing that she was ok.

She was really beat up but we knew she would be ok and that's what mattered most. We were amazed as a family by how many joined us in prayer and well wishes for Brooke. Her mission came together and held a fast for her the day after the accident. She's now resting in CA with my parents, blending up anything and everything so she can eat (drink) it!

Another little speed bump (and by no means on the same level as my sisters big accident!) I got a call on Monday from my current boss at a Pastry company that we were suspending operations until further notice. Business for the company had started to slow and I was becoming nervous each night I went to work and prepared less and less dough for the day's croissants. I told Tyson we had to start praying hard! But the news of the pastry company closing came and I was heart broken (as was my boss of course.) We're hoping things turn around for this amazing company that was so great to work for but in the meantime, I have to find another job. 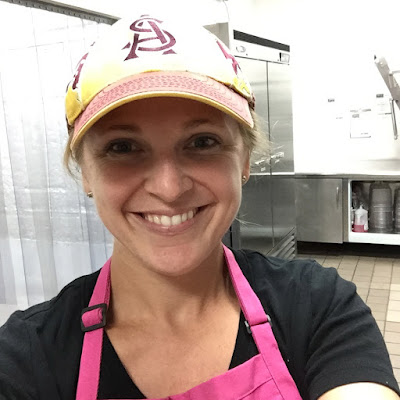 
Luckily, because of the greatness of working in a Food Incubator, I've been exposed to tons of businesses. I have already been in contact with one specifically and I hope it goes well.

I do have to say that Tyson has always been super super supportive of me working. We've worked really hard to make my schedule work for our family and I love that I've been able to be with our girls during the day and dive into my food job at night.  Tyson has been beyond amazing with helping out at home so I could go to work and I'm thankful every single day that he is my partner in life. When I told him I lost my job, he understood how sad I was and he knew how much I loved that company. But he also said that he wouldn't be sad having me home. The past almost two weeks have been very restful. When I wake up in the morning, I feel so refreshed after getting 7-8 hours of sleep!!! I could get used to this ;) I mean, I haven't slept this much consistently since before Taryn was born!  It's been a very much needed break but it's back to work for me! We've got some goals that we want to reach!
Posted by Brianna at 8:50 PM