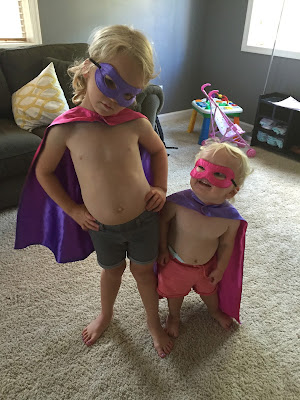 Taryn and Hadleigh LOVE to be super heroes. Since Taryn was Hadleigh's age, she has been asking for a cape and running around the house. We would always use our dish drying towel because it most resembled a cape :)
Now Hadleigh does the same thing! We recently watched The Incredibles so Taryn has been calling herself, "Super Fast" and Hadleigh declared that she was "Super Happy"
I can't even tell you how happy these girls get while running around the house pretending to be super heroes. I also love how Hadleigh is looking up at Taryn, watching how she poses so that she can do the same. They are "Super" cute! 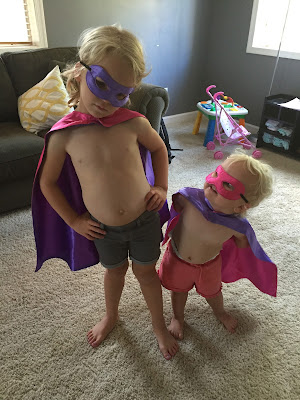 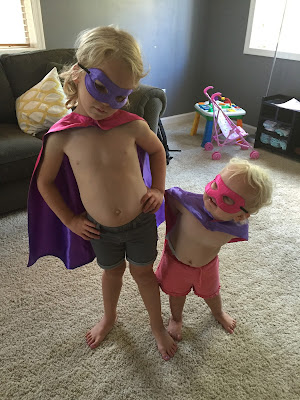