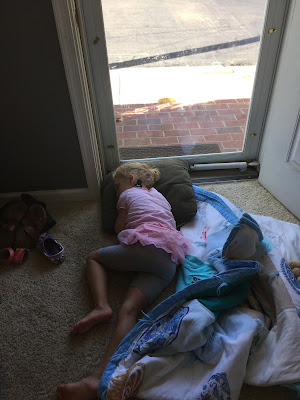 When we returned from swimming one day, they were finishing up the new road on our street. Taryn and Hadleigh were fascinated by the trucks and different tools used. Taryn set up this little "bed" and watched while I put Hadleigh down for a nap. When I came back down stairs, she had fallen asleep. Thanks construction guys, for lulling my child to sleep ;) 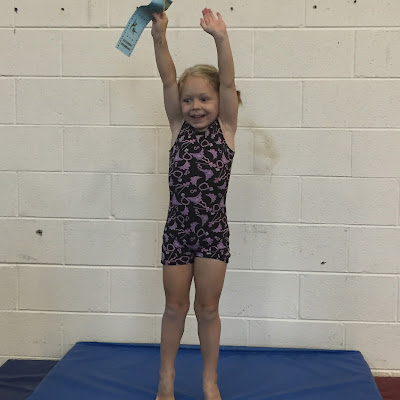 Another round of Gymnastics completed! Tyson was able to come to this awards ceremony, (it's just a simple thing) and Taryn was happy to have him there. 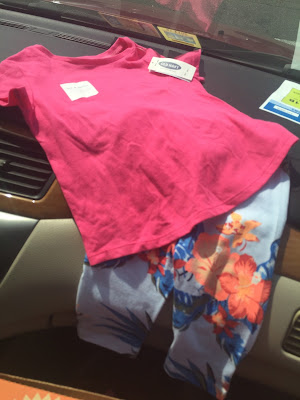 We set out one day for lots of errands and some fun activities. We were planning on being gone for a big bulk of the day. We heard Hadleigh start to cry in the back seat and found out she had dumped a whole bunch of water all over her. Luckily we had just past a Old Navy and I can't tell you how much I love that store. I basically only shop the clearance section or when they have those amazing jean sales so I always score great deals. I ran in the store while Tyson and the girls waited in the car. I picked up this outfit for $5.00 in the clearance section. And it only took a few minutes to find both of them.
Yup- I love Old Navy so so much 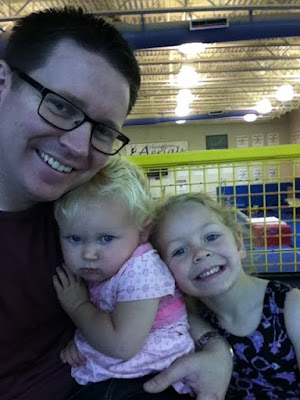 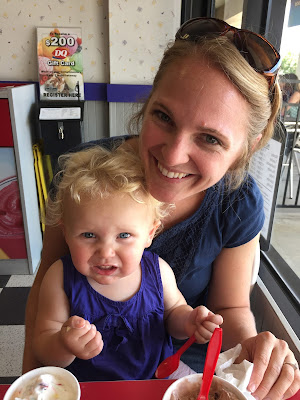 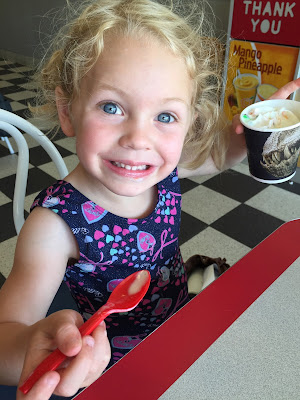 One Saturday after gymnastics, we stopped by DQ for a cool treat on a super hot day. Yum! I think the last time we had a blizzard was when we moved out here 3 years ago on our road trip. I think it was somewhere in Texas. 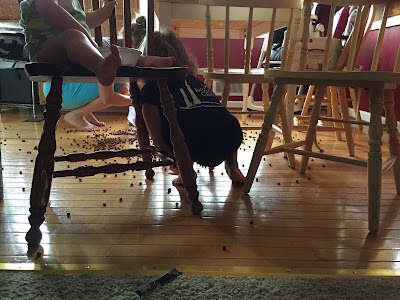 I think this picture is hilarious (now.) One Sunday morning I was helping the girls get cereal and Hadleigh poured her bowl out on the table and it fell over the floor too. It was a big mess (Honey Bunches of Oats) and I had JUST finished cleaning up everything. 5 minutes later I was cleaning up breakfast and putting cereal away while the girls ate. I grabbed this organic Cocoa puffs stuff (on sale at Costco-whoohoo!!) and the chip clip slipped right off the bag and it spilled EVERYWHERE! Tyson had been in the front room and when we saw this, he took a picture, knowing that it had been a crazy 5 minutes. Taryn was so kind to help me clean up my mess. At those times, you appreciate the help but also cringe when they step on more cereal while helping and make an even bigger mess. Oh man. 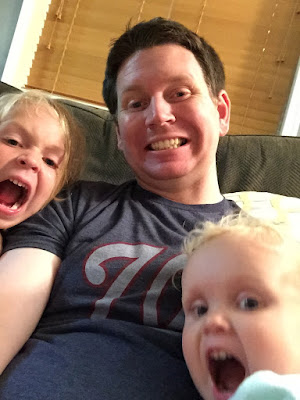 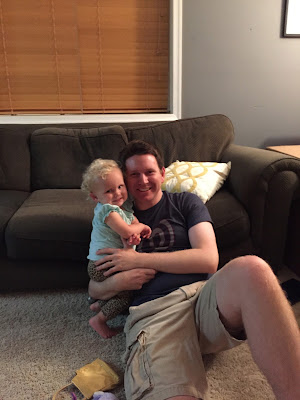 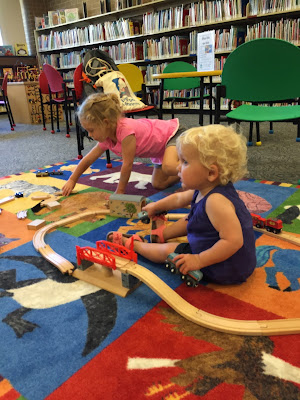 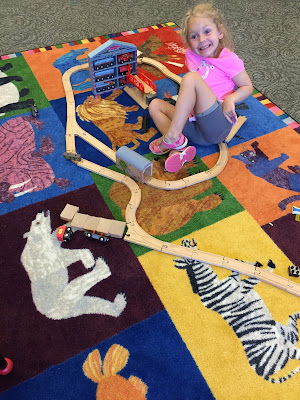 Our library just got even cooler. They've added this fun Eric Carle rug which the girls LOVE and boxes of trains, magna tiles, blocks etc…. My girls love the library and now we have more to do there in the winter time when the weather is too cold to play outside. 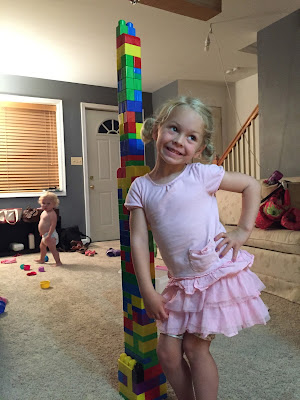 Taryn and her duple tower and Haddie in her diaper. Yup- that's normal life right there.