Finding rocks in my purse and other facts about Taryn 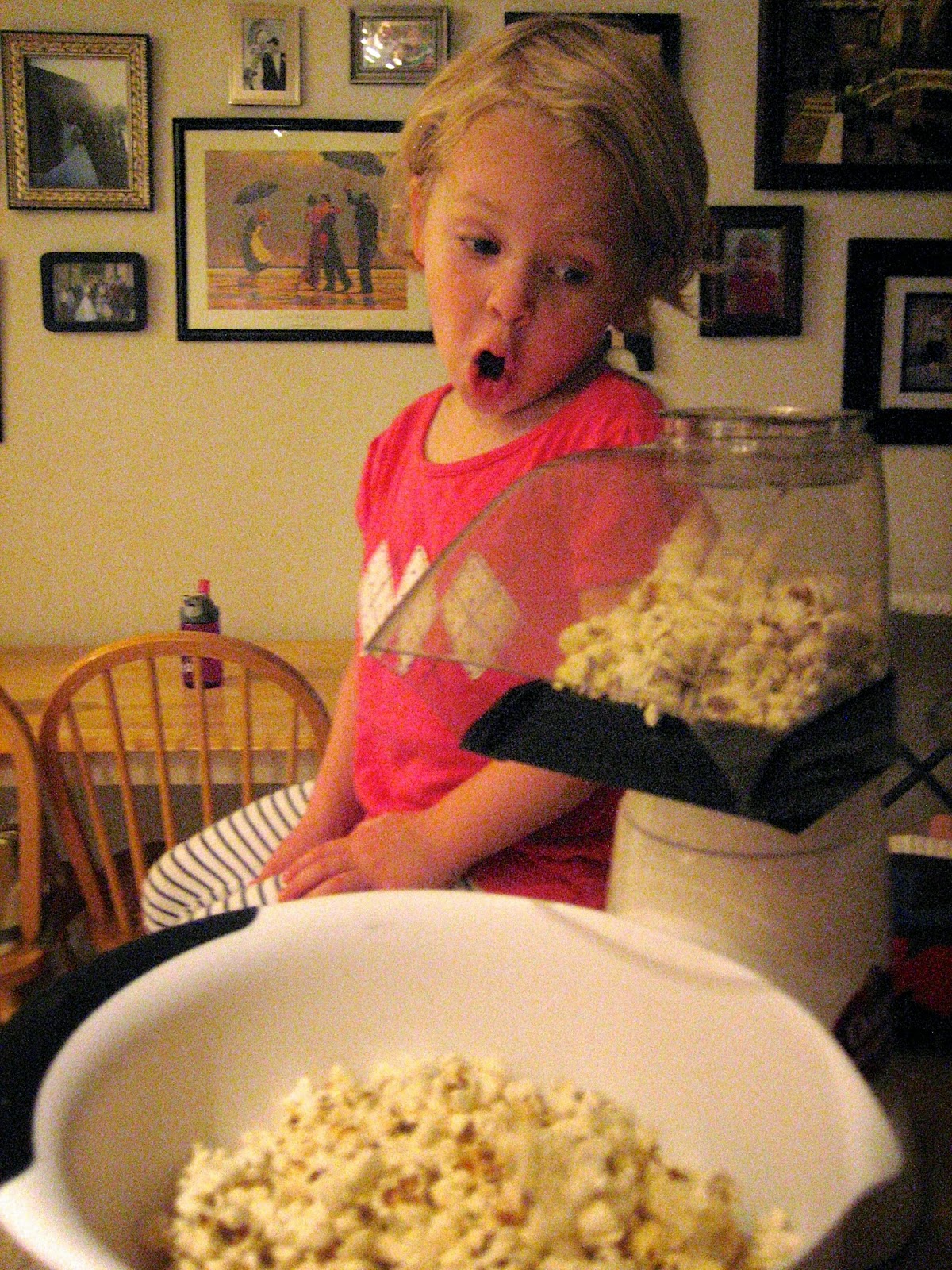 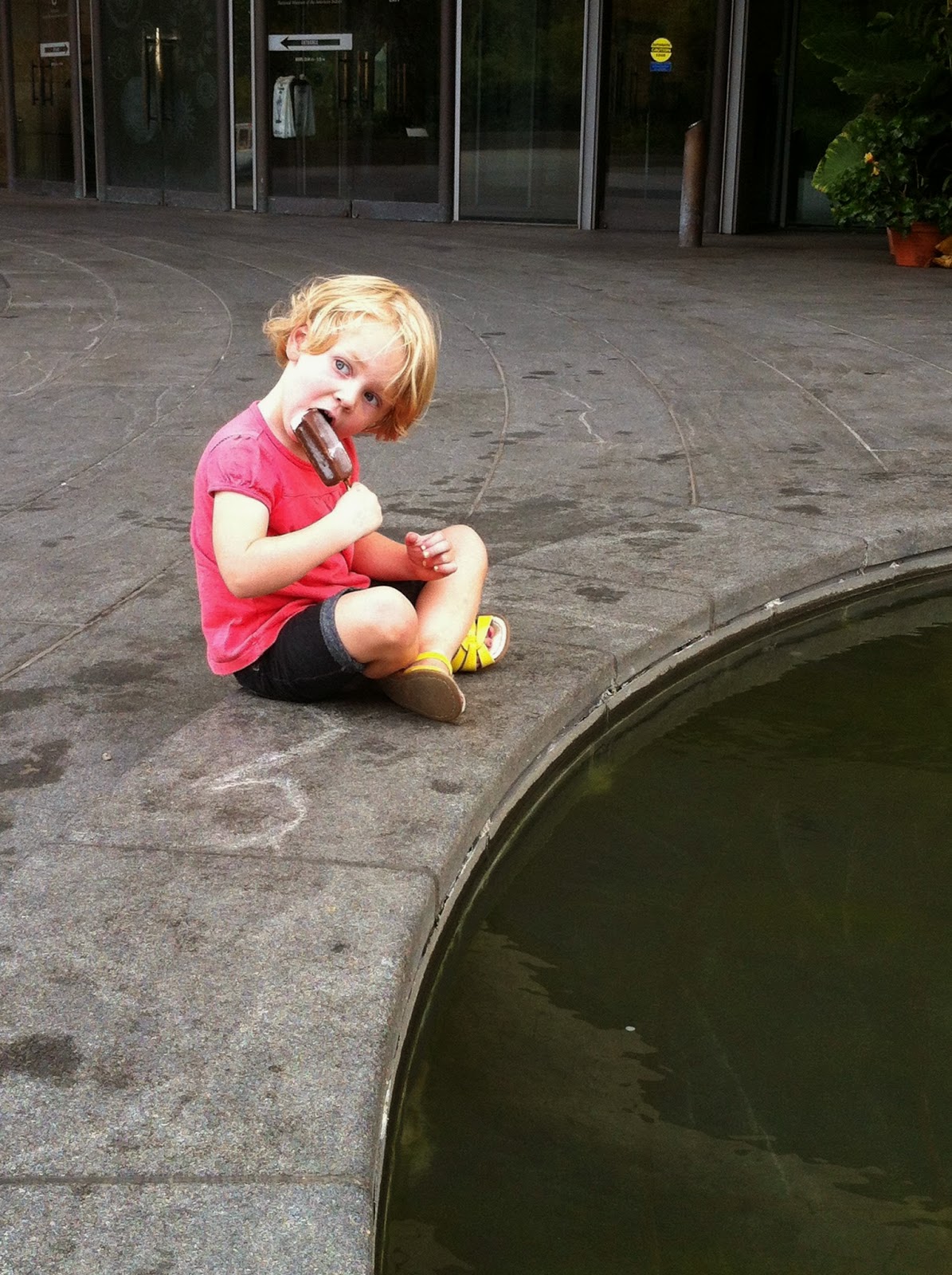 An ice cream bar from Uncle Travis when he came to visit a few weeks ago.
She ate it in front of the water display at The American Indian Museum. 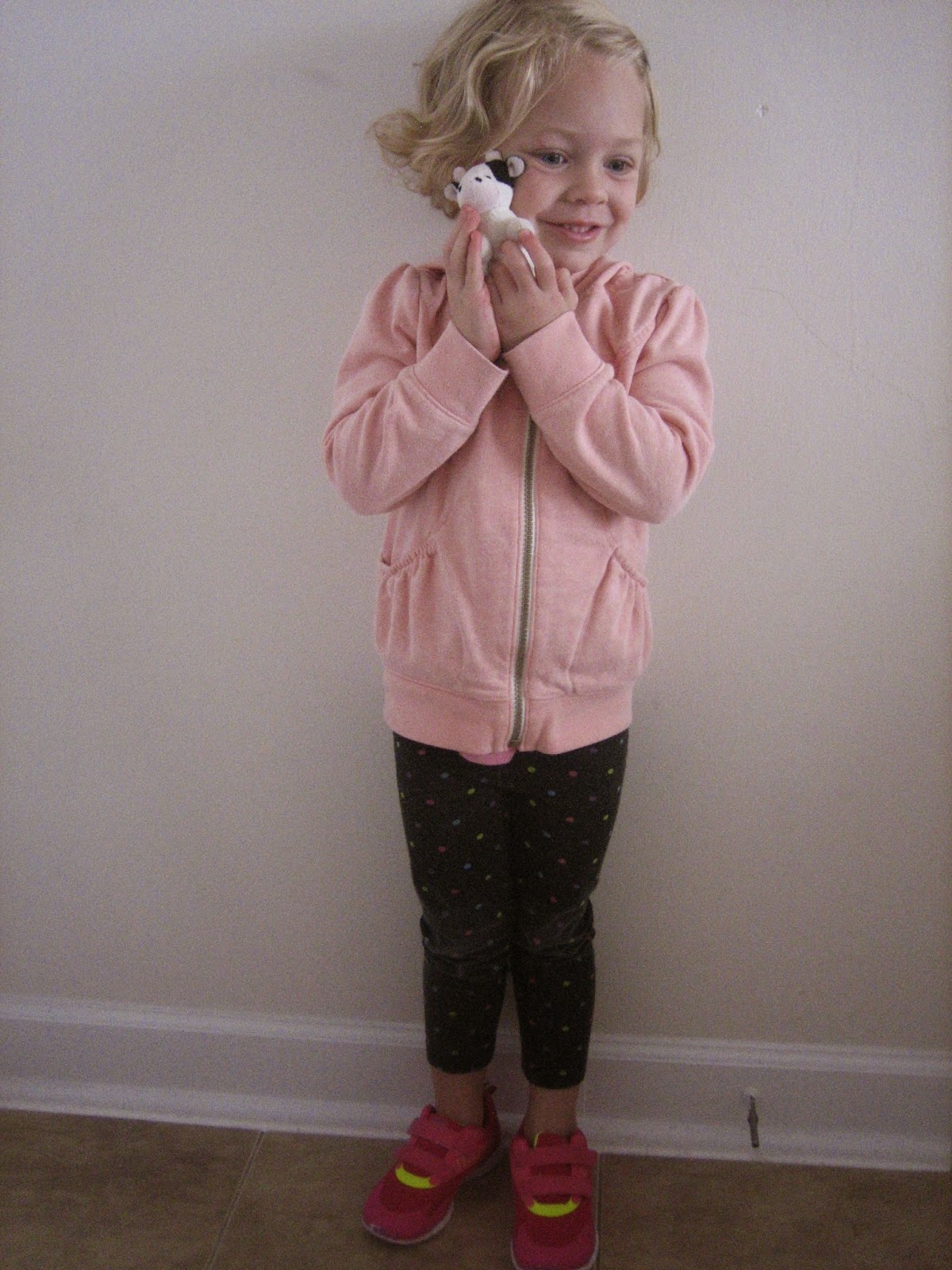 She picked out her new shoes. She tells me they make her run faster. 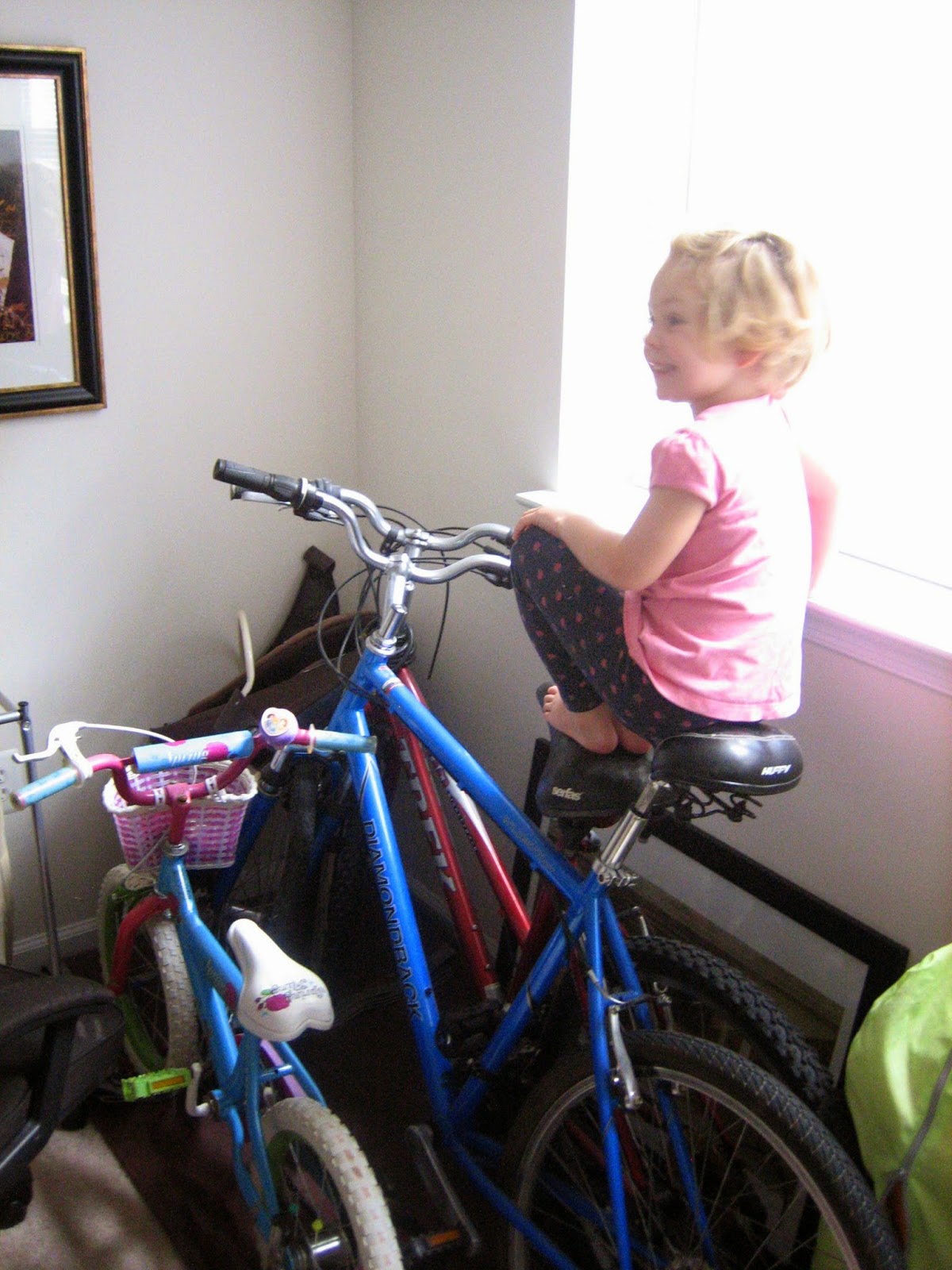 Taryn thought this was so funny. "Mom! Come take a picture of me!" She is a monkey!


It's not uncommon for me to find a few rocks in my purse at the end of the day.
They have all been kept safe while out and about, until we can return home to put them in Taryn's ever growing rock collection outside our front door. She doesn't take just any rock though. Taryn studies it, tells me about it, then decides whether it's going home with her. Sometimes she even names her rocks.

Taryn can change from a horse, dog, cat, zebra, dragon or dinosaur within seconds. She gallops down the hall way or on the grass barking like a dog, meowing like a cat etc… She even refers to her cheesesticks as "doggie bones."

I have a stack of leggins to sew all the time. Taryn doesn't like to wear jeans so her wardrobe consists of dresses, and leggins & shorts. But when she is pretending to be a horse/dog/cat etc.. she wears her leggins down fast! Not to mention the times she may trip and fall. It's a good thing those leggings aren't too expensive so after I can't sew up any more holes, they can be replaced when they are beyond repair! 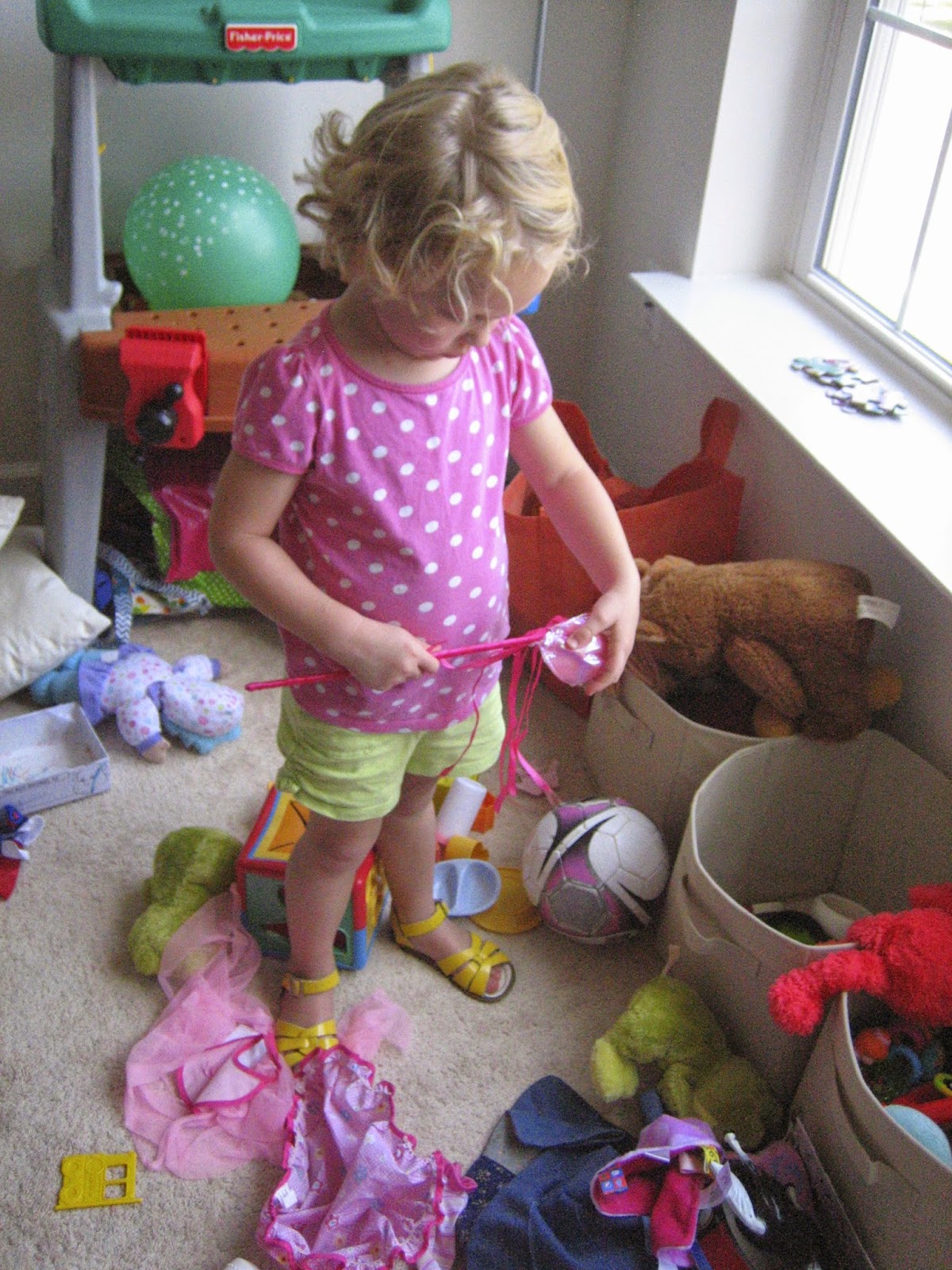 A few accidents to remember that happened recently:


Watch out for Brick walls
On a family walk around some lovely town homes, Taryn spotted a patch of grass about 6 feet long. So she become a horsey and ran the length of the grass. The problem with her galloping like this is that she doesn't keep her head up. Before we knew it (or could stop it) Taryn ran into a brick wall. I was certain she had given herself a concussion. Tyson & I both were very worried. Her head was dented in (it was just as gross as it sounds) and the bruises were already forming. Thankfully, within a few minutes she was acting like herself and we decided she was ok. No more horsey/doggie/kitty running outside.


Bee Stings
After church Taryn likes to frolic in the large grassy lawn outside the church doors. Today she was running around with her friend and all of a sudden burst into tears. Her friend asked what had happened. We were only a few feet away putting stuff into our car. When Taryn came up she said she hurt her finger. It took a while but she finally said, "It buzzed at me" through tears. We asked if she had gotten stung by a bee. She said yes through her tears. We couldn't find the stinger anywhere. About 10 minutes later when we arrived home, Taryn said, "My finger feels funny." When I saw her puffy finger I knew for sure it was a bee sting and that we needed to find the stinger!  Tyson finally found the stinger from the bee on the inside of her hand! It took a while it get it out, but we're happy to know she is not allergic to bees!

Taryn has such a creative imagination, creating a "Pet Store" to sell her stuffed animals, making a train for her toys (tickets too!), and coming up with the silliest stories. The other day in the sand box, Taryn cried out to me, "Mom, look! I filled my sock with sand!" as she held up her sock that was once on her foot, now in her hand, filled with sand. She thrives on making Hadleigh laugh and she is definitely the best at it.