Taryn tries to shovel the snow 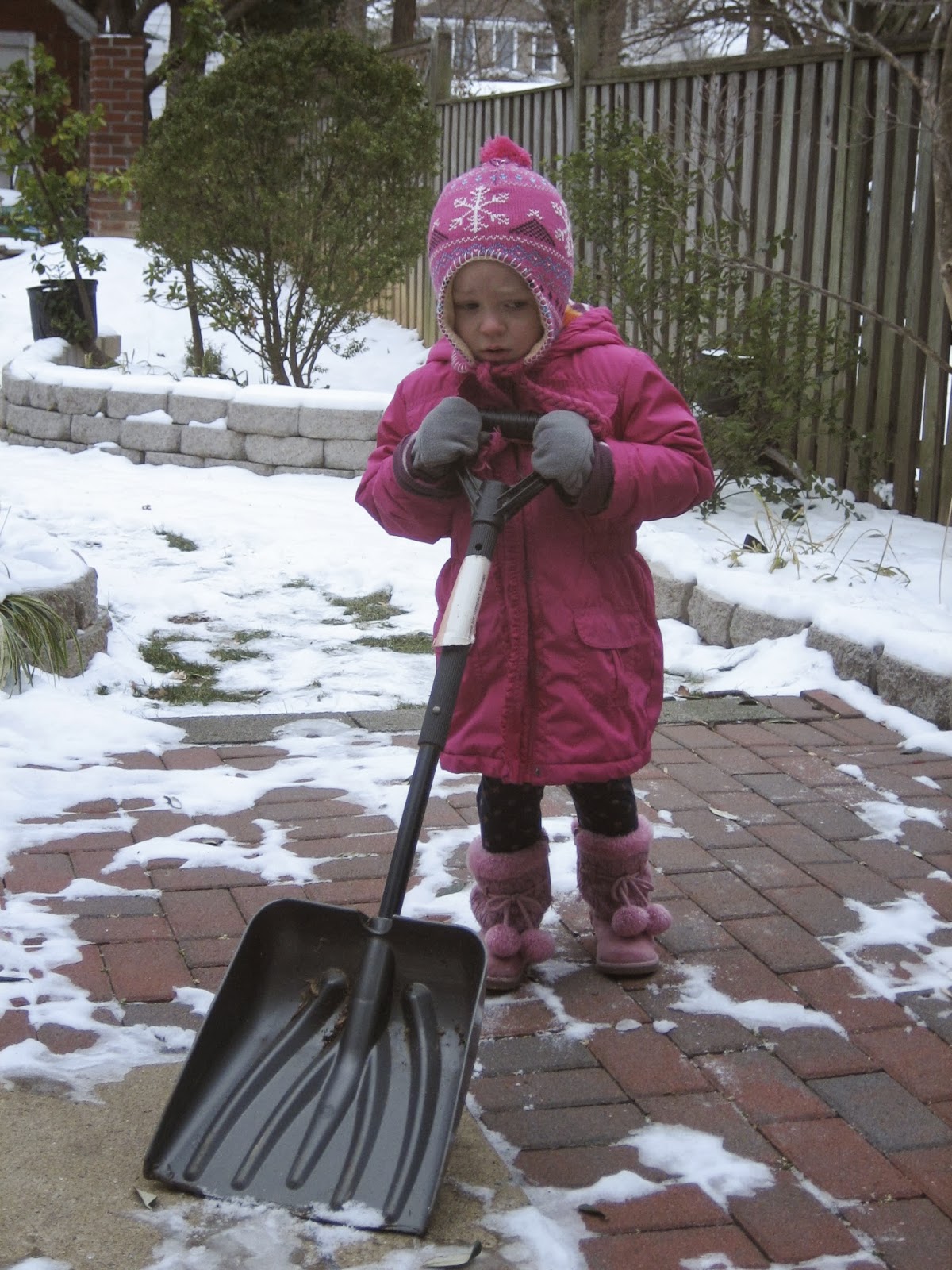 Such a sad face for a hard worker!

"Mom! The shovel is not working!!!"
Taryn was so excited to help me shovel the walkway outside our house. But with her first attempt she was very frustrated. I had to tell her that the piece of snow she had chosen to start scooping up was now ice and it was not going to move because it was far to cold outside.
So, she smiled for me when I told her we would go scoop the snow that was easy to move. 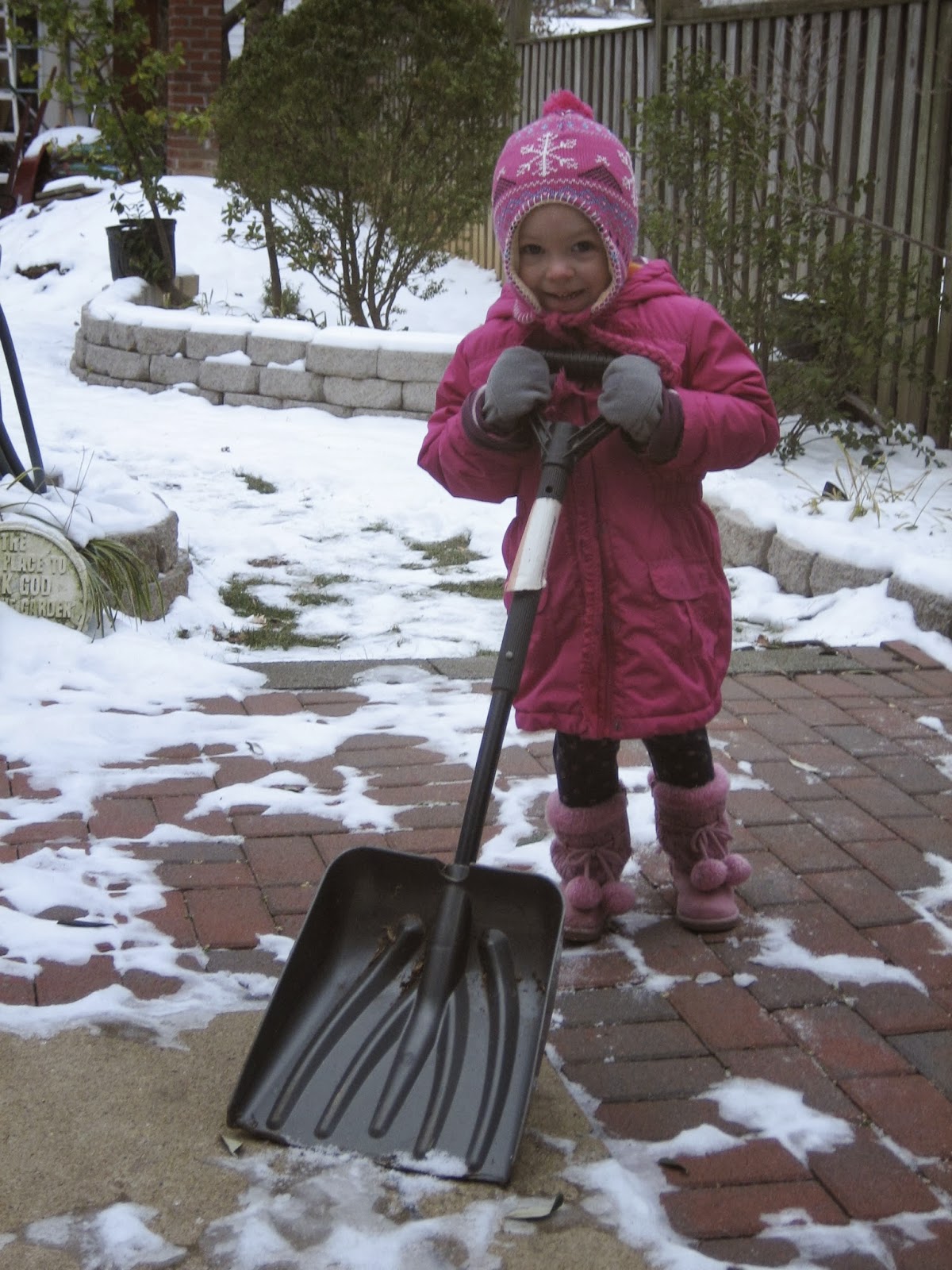 She lasted about 5 minutes before asking to go back inside because she was cold. Taryn started singing a song while we were coming home the other day. "Snow, snow, snow, go away now." She tells us all the time that she does not like the snow and that it's too cold. But she still has her moments of love for it. Like today after church she ran around with her buddy Siri throwing snow balls at the ground with the biggest smile on. We've shoveled more snow this year than I ever care to again (which seriously isn't even that much.) We get more tomorrow. But I guess snow is better than being in a drought like my home state, CA, is in right now?!
Posted by Brianna at 12:35 AM