Our friend came from Germany! 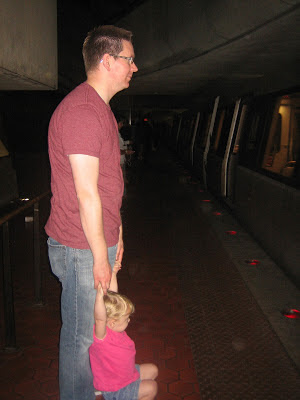 Waiting for the Metro 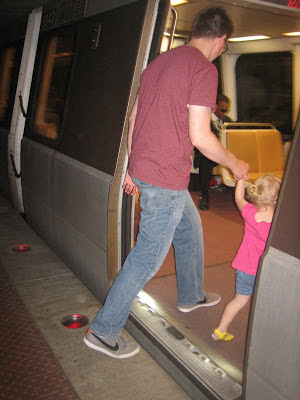 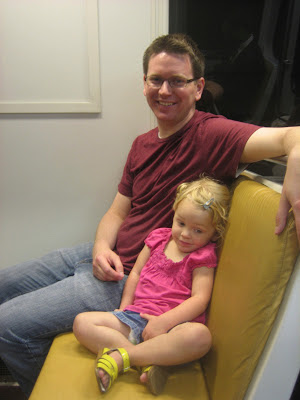 We couldn't wait to meet up with Daniella in Washington D.C. this past week. We knew since last year that she would be coming to the U.S around this time so we were so excited! Daniella had been apart of the first year group in Bologna, Italy with us. But for her 2nd year, she remained in Bologna (1 of only 2 students to do so.)

Lucky for us, meeting up with Daniella and Liz - classmates from Bologna, Italy who lived on the floor  above us in our small apartment building-  fell on a day that was practically perfect in every way. Taryn and I had enjoyed the morning at the spray park, Tyson was home that day, and we all had a free afternoon to spend doing whatever we wanted.  We met up for lunch and from there, floated to any place we pleased. The weather was great and Taryn took a wonderful stroller nap (the spray park wiped her out!) It's always fun to catch up with SAIS students whom we spent so much time with last year in Bologna, Italy. 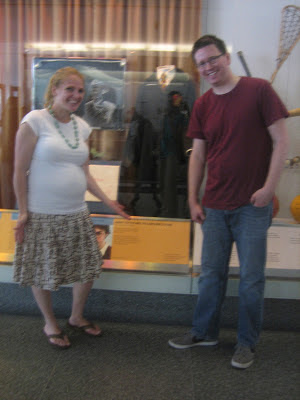 ok- super hard to see I know- This is one of the original robes from the Harry Potter movies in the American History Museum. Daniella, Liz & Tyson were so excited to hear about a new Harry Potter exhibit. When we found out it was just this robe, it was a little bit of a let down. I was happy to go along for the ride because - GASP- I have not read the Harry Potter series......yet.....(I know, I know)... I like Harry Potter ...don't get me wrong! I got to page 12 in the first book and got bored. Little did I know way back then that I had to get past the first 30-50 pages before it became really interesting. (or so I've been told a million times) Don't worry- it's on my Must Read list. 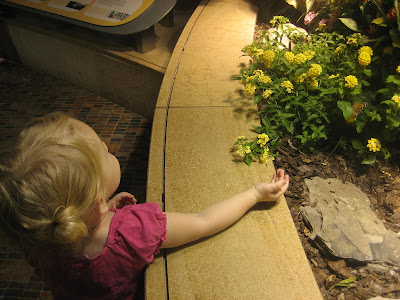 Next stop was the Butterfly Exhibit in the Natural History Museum. It was Tuesday- free day!- and Tyson, Liz, and Daniella had never been. Taryn and I were so happy to go again! This time, Taryn kept calling to all the hundreds of butterflies, "Come here, butter-phies! Come wif me!!" She wanted so badly for one to land on her hand just like they did for her cousins when they came to visit in March. No such luck- this little one likes to move around too much for the butterflies. But she did get a nice "butterfly kiss" when one took off and flew right into her face. She cried and cried. The butterfly scared her so bad. We kept telling her that the butterfly just wanted to give her a kiss but she was so scared and mad. So, that ended the butterfly exhibit for Taryn and me. 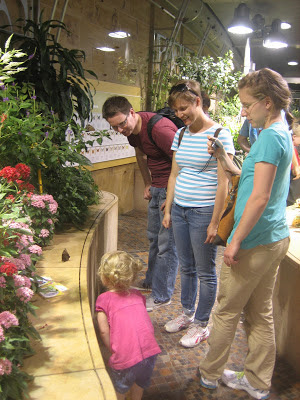 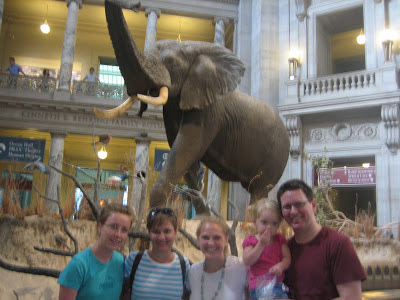 You meet so many wonderful people in life.
These two ladies (and the other two missing Bologna roommates- Ashley & Melanie) are definitely wonderful. Tyson and I were so grateful to have them in our same building last year and grateful for the lasting friendships that we have made with them.
Until next time!
Posted by Brianna at 7:19 PM