On the first (official) day of Summer

Taryn attended her first informal dance class which I found just perfect!
4 little girls ranging from 2-4 years old, with one of the moms as a teacher.
Best part?
It's free.
And just down the street from where I live now.
Perfect!
Taryn jumped right in and besides trying to climb up some couches & remove the cushions, she followed right along. I loved watching her look over her shoulders at me, giving me a big smile.

We played at the park and and spray park (of course.)

We had ice cream as a family after a dinner of BBQ Chicken sandwiches & "Cheesy Chips"
In order to be a Smith grandchild, Tyson knew he had to teach Taryn that Sour Cream & Cheddar chips -a new favorite of mine since our marriage- are called "cheesy chips" in Smith households thanks to Taryn's Great Grandmother Smith. 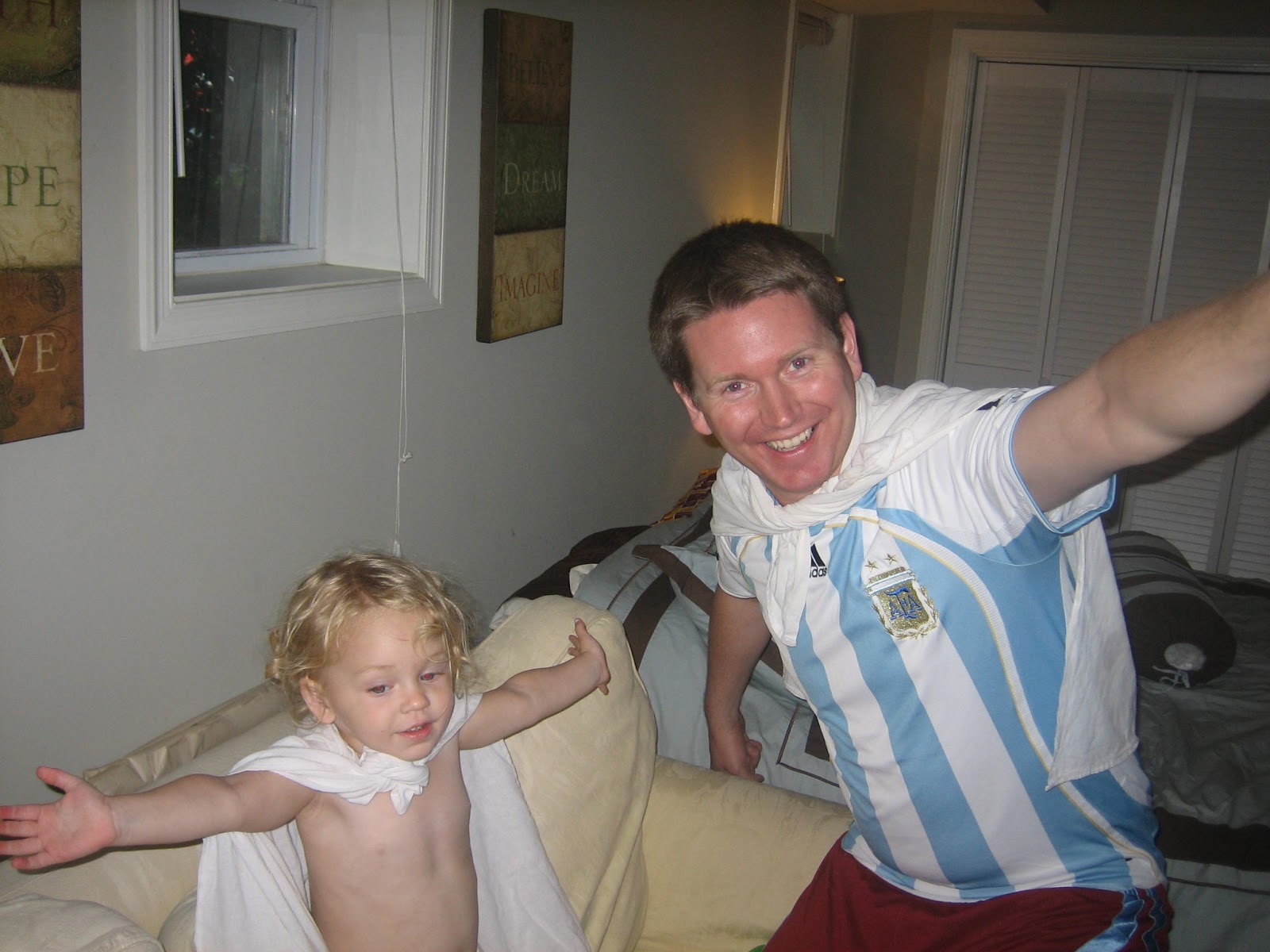 Before the night was done, these two magically became super heros after bath time thanks to the few dish towels that Tyson was using to dry some dishes.

Hey summer, you are off to a good start.