A wonderful Easter Weekend for our little family 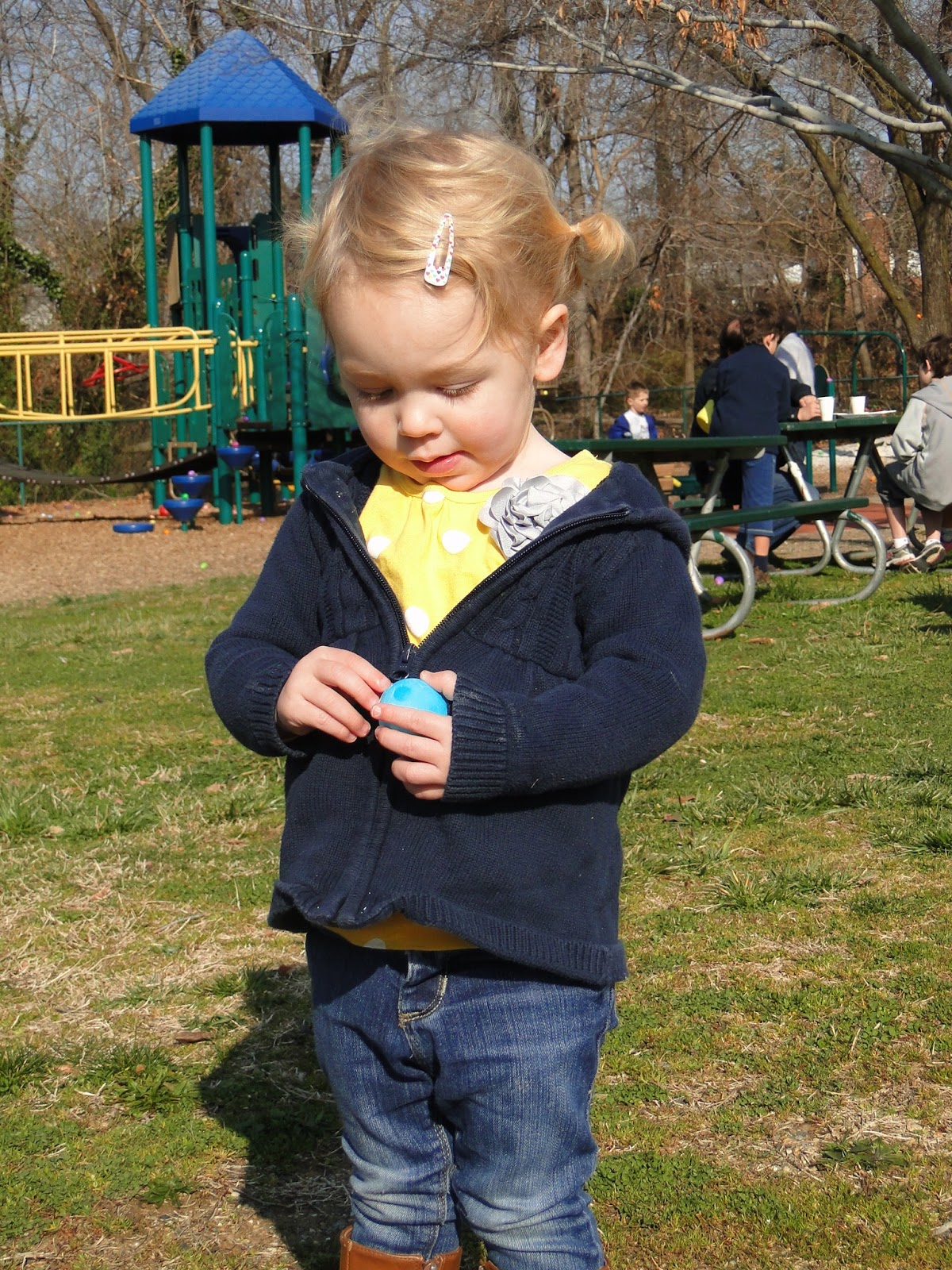 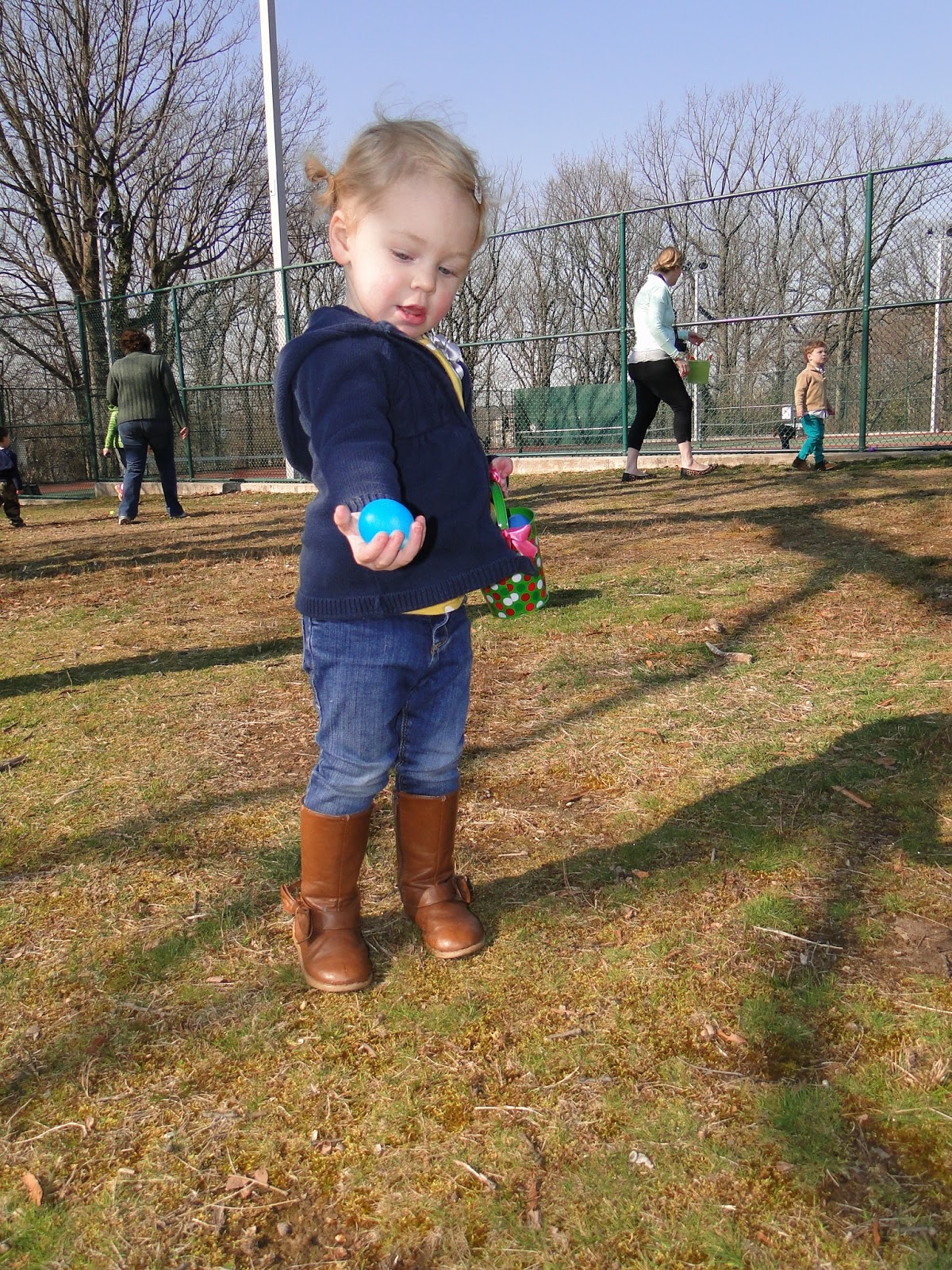 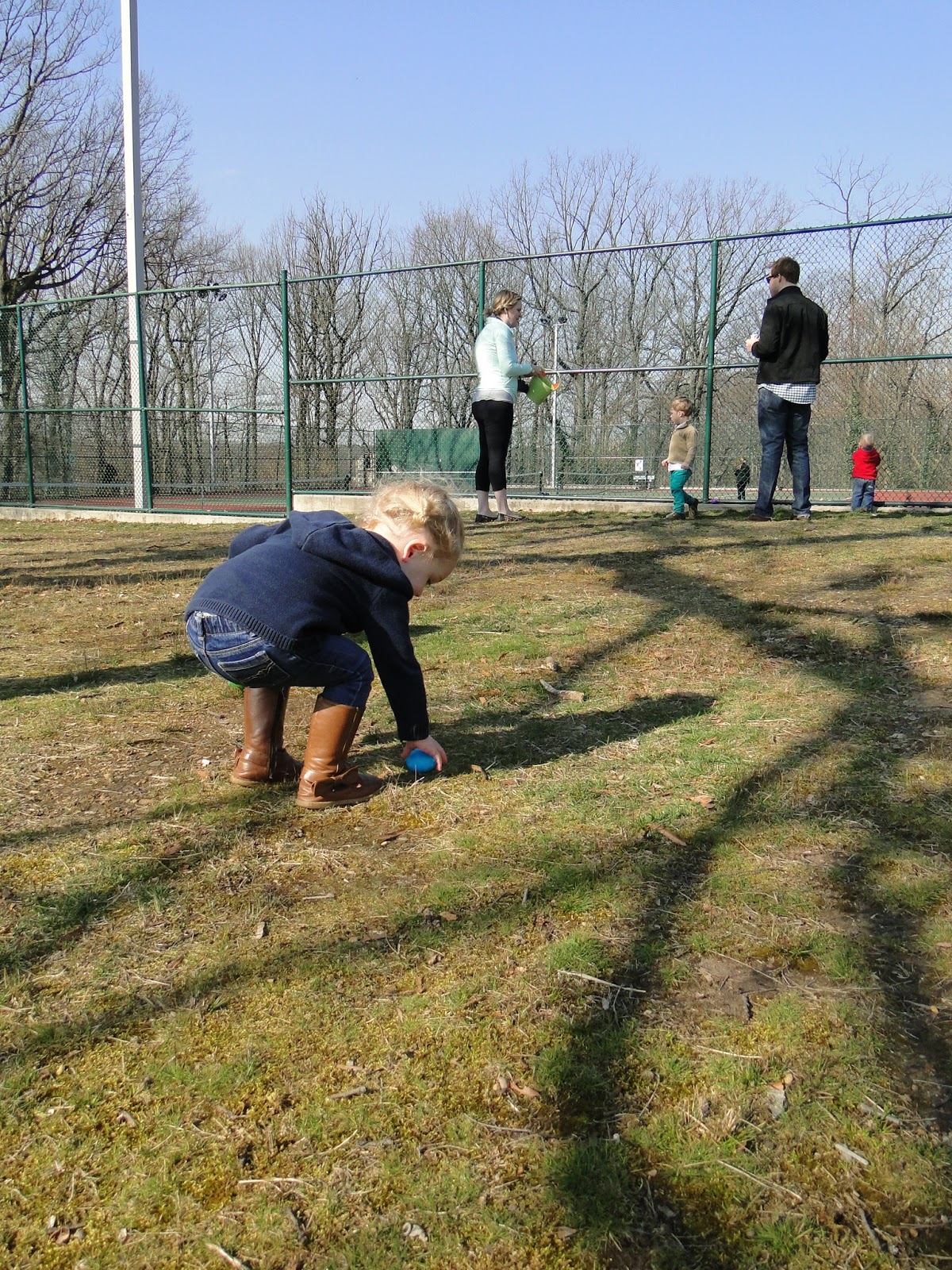 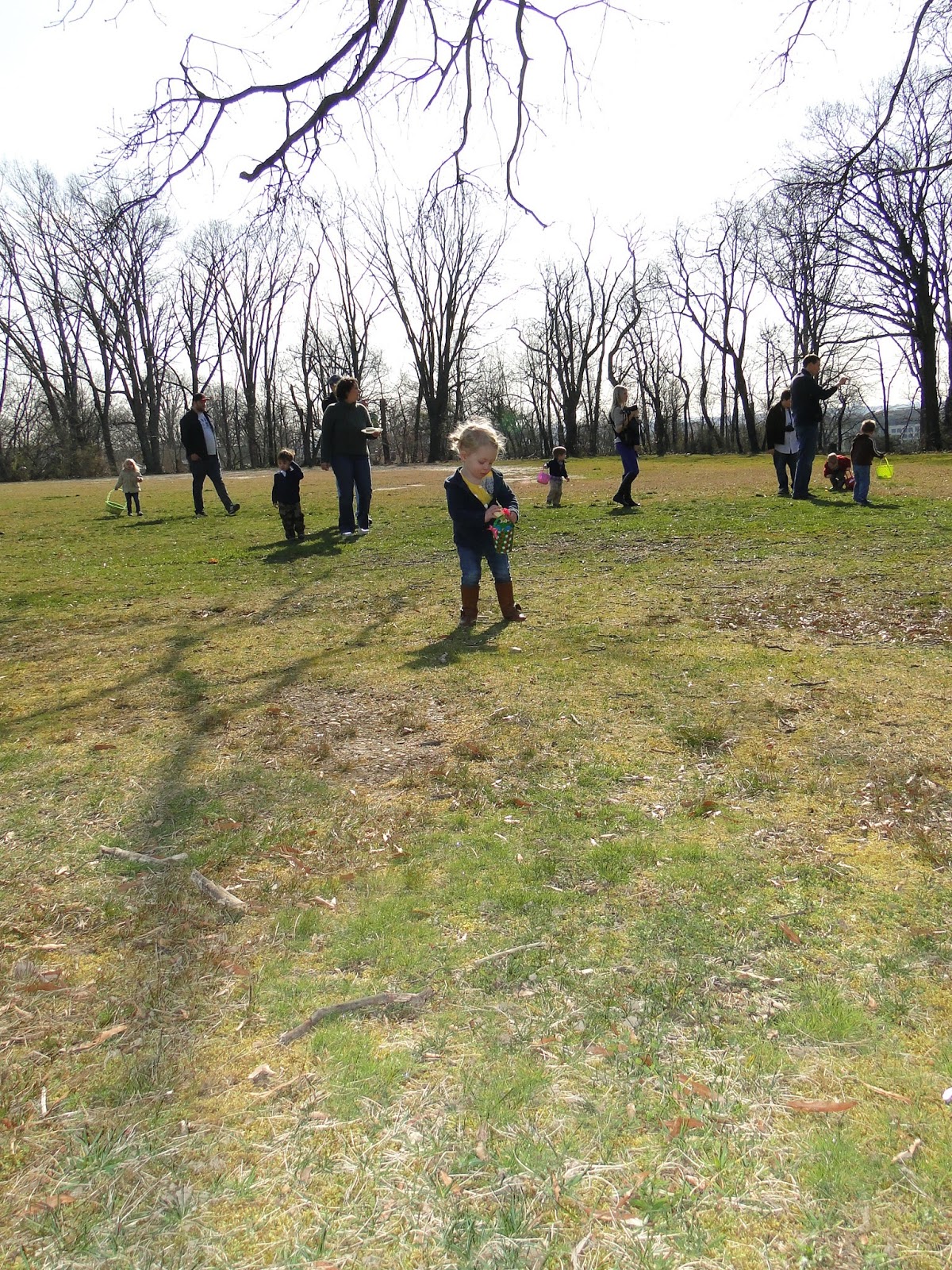 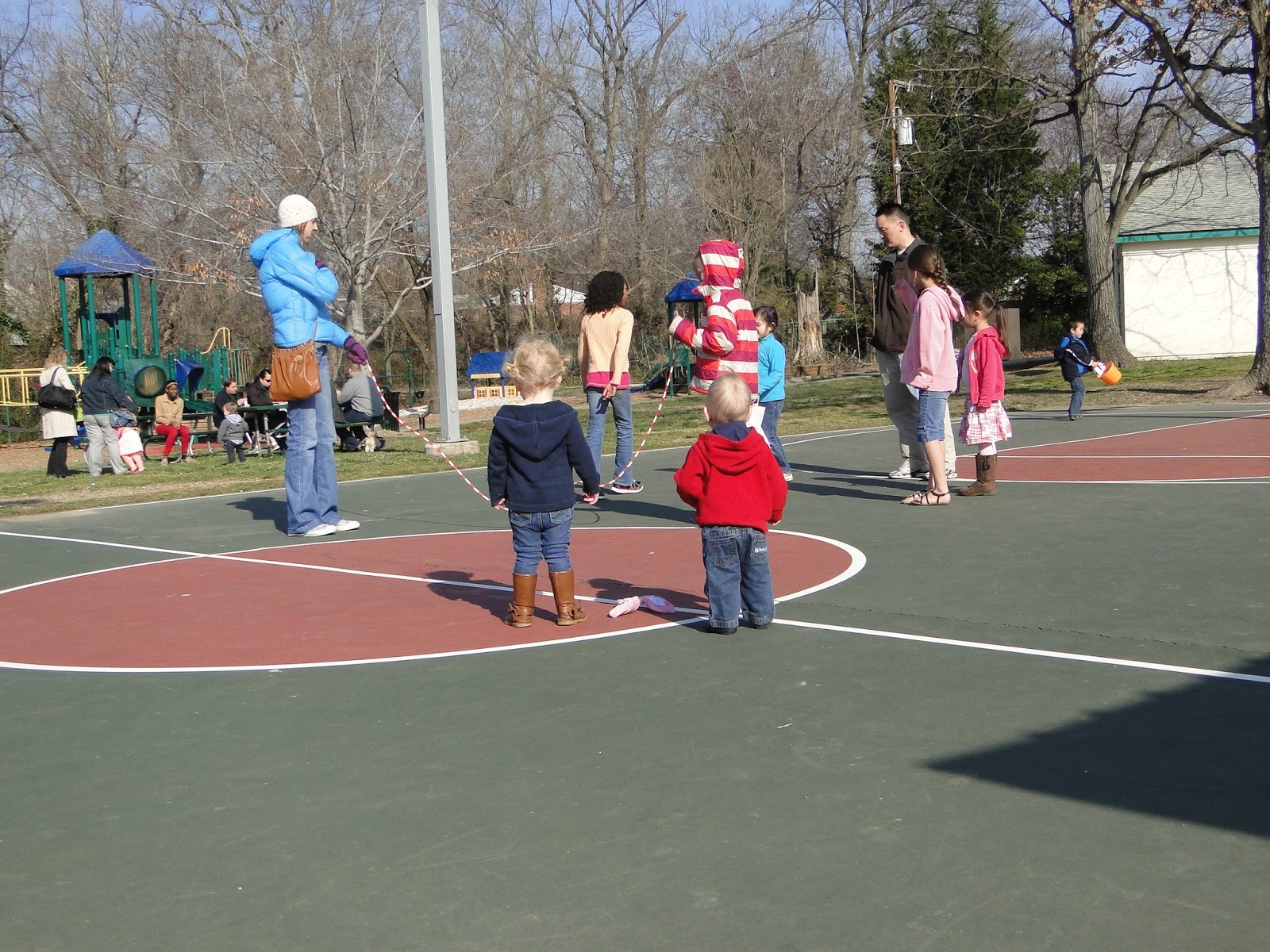 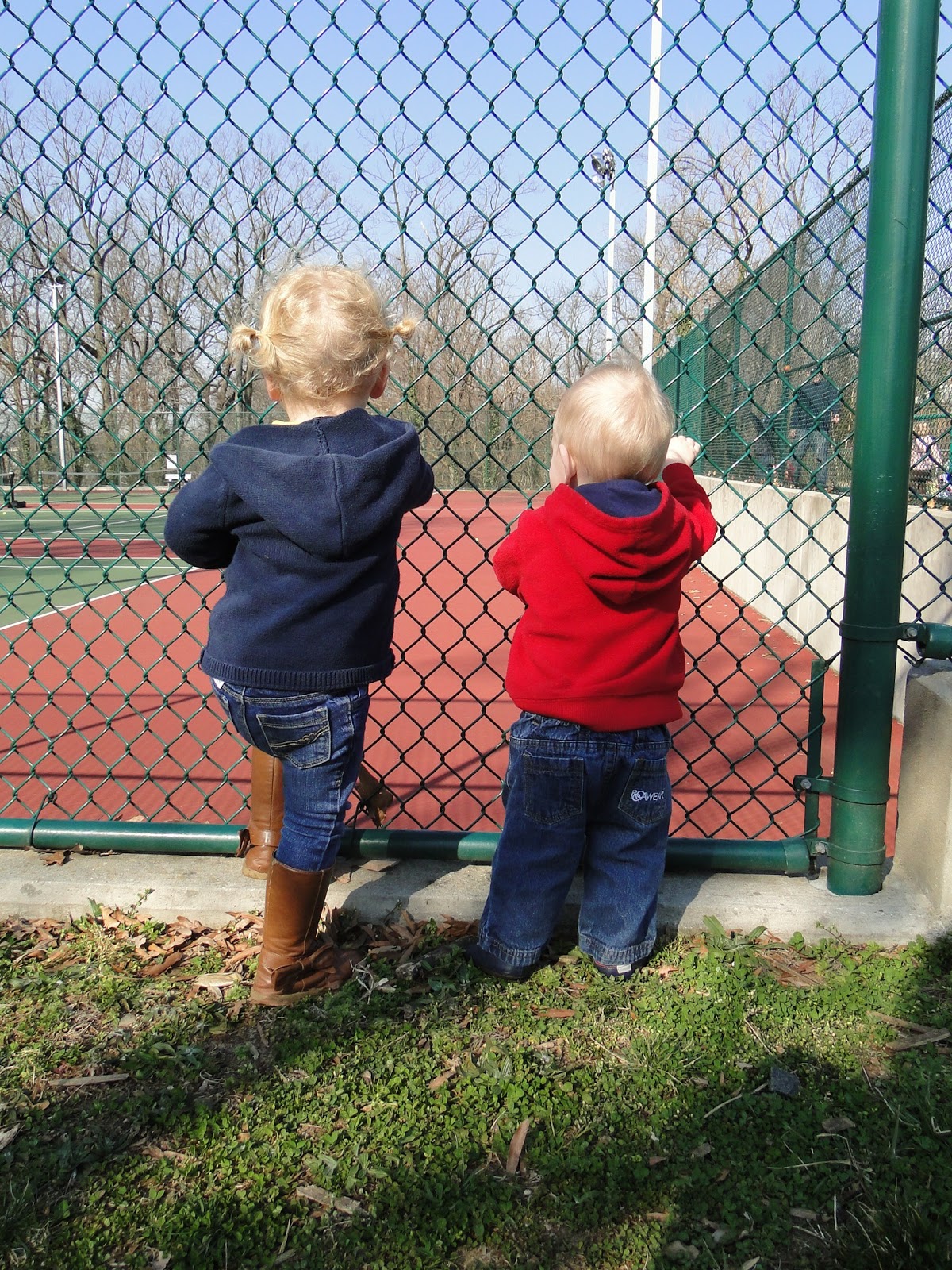 Starting on Friday, this weekend was just amazing. We loved every minute of it!
Friday was the last official Story Time at the Library of Congress. We met up with Paige & Lynne and their cute kiddos, Ada & Logan. The kids loved it and while they were busy playing with the abundant toys an bubbles after the story time had completed, us moms got to catch up with one another. Nothing like great socializing to start your weekend off right! Plus, someone brought Thin mint cookies as part of the "Goodbye" refreshment spread for the wonderful Ms. Summer who has done an amazing job at story time. I have learned a lot from her and will use her example as I start a preschool co-op tomorrow for Taryn. Woohoo!

Saturday was our Ward Easter Brunch/Egg Hunt. It was a beautiful day outside and Taryn caught on right away that those pretty colorful eggs in the grass go straight into her bucket. And she was a fast little one- I had to gently guide her to other eggs before she scooped them up from younger kids! Watch out, she's got an agenda! She kept telling me that her bucket was "So heavy!" Our friend Lynne joined me with her son Logan which was so fun. Thanks to her, I have pictures from that morning because sadly, our second camera (this one was Tyson's originally) broke (not because of little toddler hands this time- I think it was just getting old. Bummer)

Once Tyson got to the Brunch after helping our friends move, we caught up with friends and took a nice walk home. Taryn fell asleep very early for her nap and stayed asleep for such a LONG time. Which meant I got to take a little nap too! Tyson biked to the library while we slept and caught up on lots of school work --Yay for being able to bike without getting rained on etc...!!!. We met up again at a park late in the afternoon (seriously she slept for ever!) The weather was so perfect all day long.What better way to end a Saturday but with frozen yogurt!? A new place opened up about 1 mile from our house. It is the best place we have found out here for frozen yogurt- Tutti Fruitti. 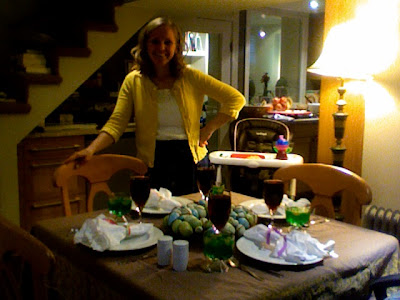 We hosted my sister and brother in-law for Easter dinner. I had to get super creative and figure out how to prepare a ham and funeral potatoes at the same time with no oven! But it worked- thanks to my crock pot and toaster oven. It was a blast to have them over and just like my oldest sister says, when two or more Scott's are gathered in one place- it's a party! I'm so glad I have my sister close by to party with :)

I love that I can smell all the flowers in the air when I walk outside. Tyson and Taryn spent a good portion of Saturday night looking & listening for birds- so glad it doesn't get dark until almost 8pm! I really feel like we live in a forest that just happens to have houses all around. We see so many birds, squirrels, chipmunks etc.... it's amazing. I love this newness of Spring. And oh the flowers! I can't get enough of them! They are popping up everywhere in the most beautiful shades of yellow, blue, orange, red, purple! I am in love! Virginia does well in the springtime :) This weekend was magical really. We were able to spend so much time together as a family of three and that never happens. And we were still super productive- Tyson with school work and preparing his talk, doing some spontaneous spring cleaning altogether, preparing my "fill in" mini talk late Saturday night when another girl started having contractions and couldn't fulfill her commitment to speak, and teaching Taryn more about her letters.