Pirates, the Berlin Wall, yummy shakes and some Pandas all in one day 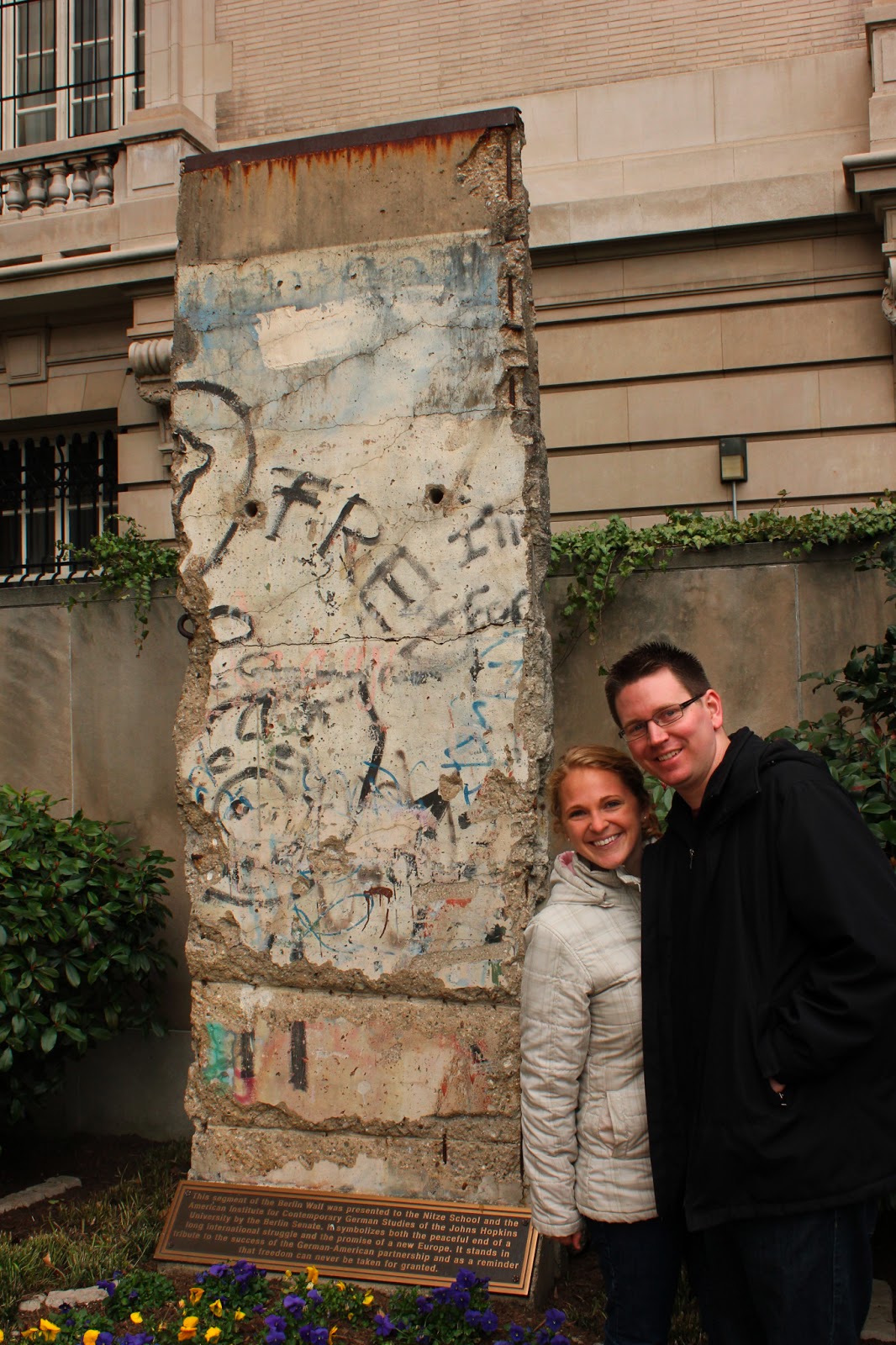 Right outside one of Tyson's school buildings in D.C. is a donated piece of the  Berlin Wall. (On our way to the National Geographic Museum.)

We feared the rain all day long. But it was such a beautiful day, we had a hard time believing we would ever see any rain at all. Just in case, (because D.C. weather reports are kind of a joke...Snowquester....ha!) we stuck with an inside activity and visited the National Geographic Museum and their Pirates exhibit.

We entered the Birds exhibit, previewed a movie on Meerkats, and toured a "Pirate Ship" which had artifacts from a real sunken pirate ship. The captain of that certain ship was Tyson's age. Crazy to think that instead of years of schooling, he could have just as well been a captain of a pirate ship :)

We ate a yummy lunch at the Shake Shack. I consider it luck that we happened to run into it while searching for a place to eat. We got in around 2pm- missing the infamous lines out the door, and found enough table space for 10 people. We were VERY LUCKY! It's been on my "to eat in D.C." list since moving here and it did not disappoint. I had no idea that I liked Cherry peppers. Just enough kick to give the burger a little extra something. Portion sizes were perfect. You leave filling satisfied, but not totally gross and filled with grease. The majority of us got shakes or custards.Tys & I split the Washingtonian mint truffle-YUM!- with portions of the proceeds going directly to D.C.....ok I hav said way to much about this place.

On to The National Zoo! (Of course the weather started to get gloomy.) 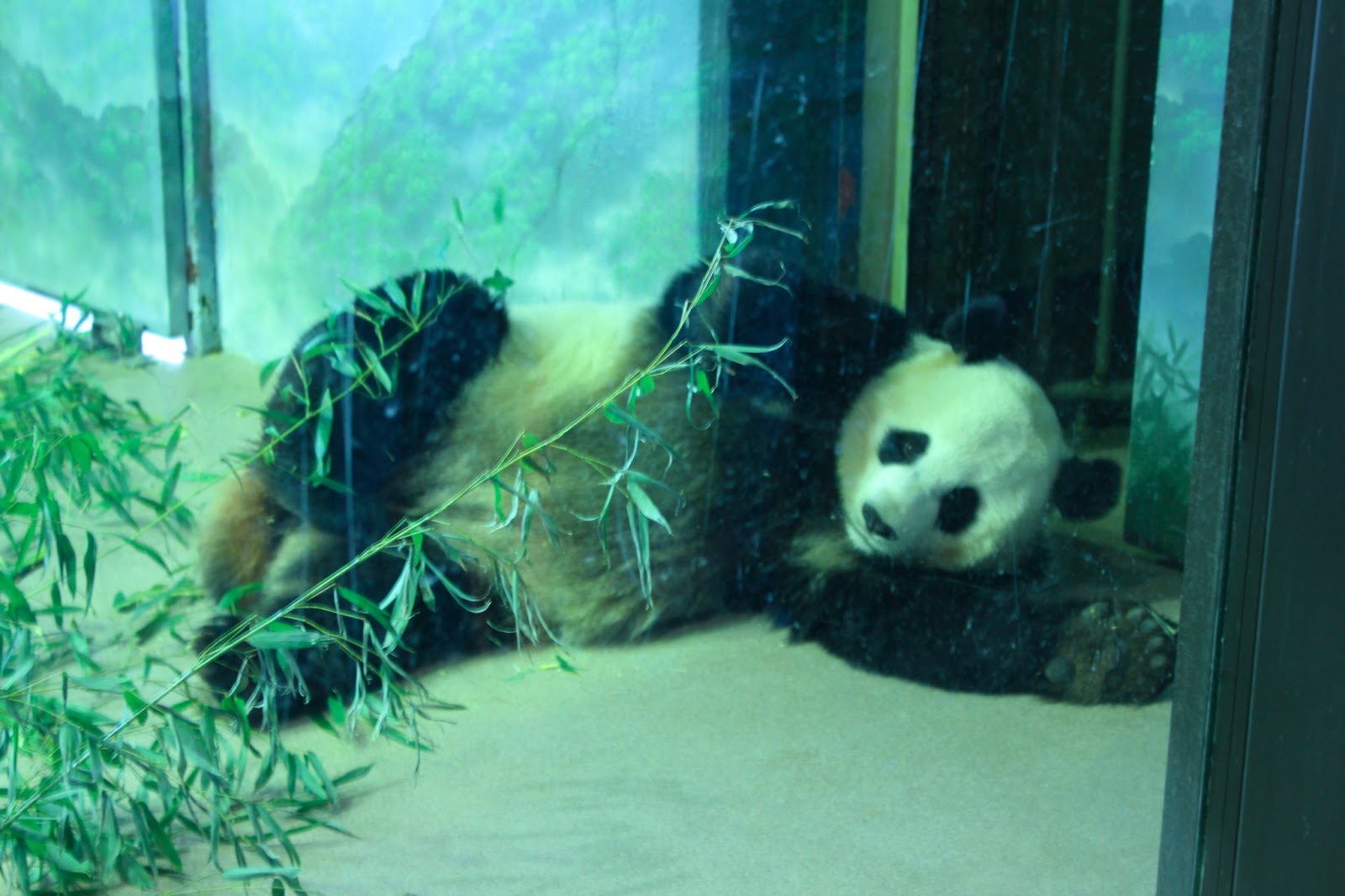 Pandas! They were close to the glass and all eating (ok, this one was napping). 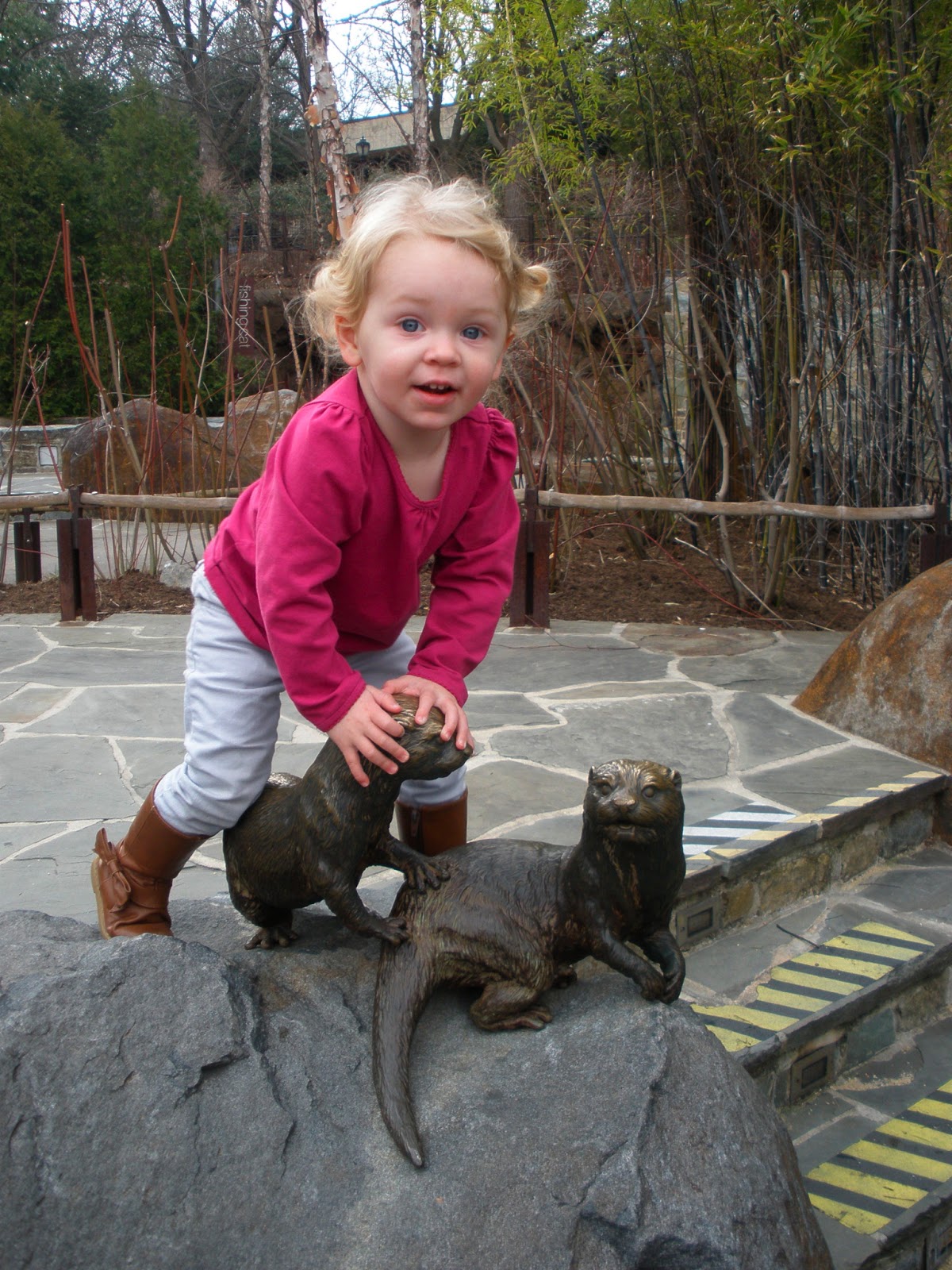 The otters are so entertaining and make the strangest squeaky noises. Too Cute! -- the real ones...not the statues :) 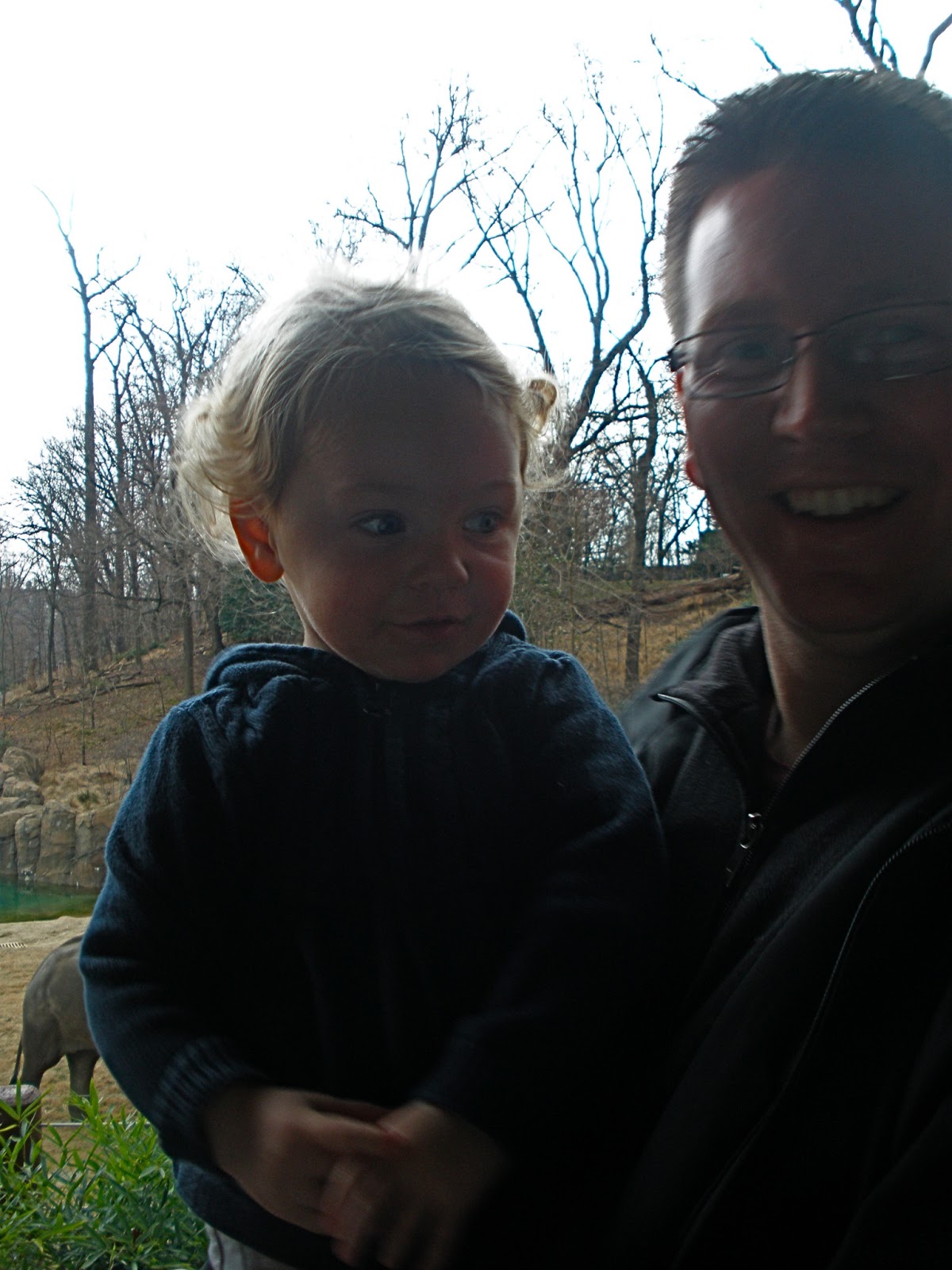 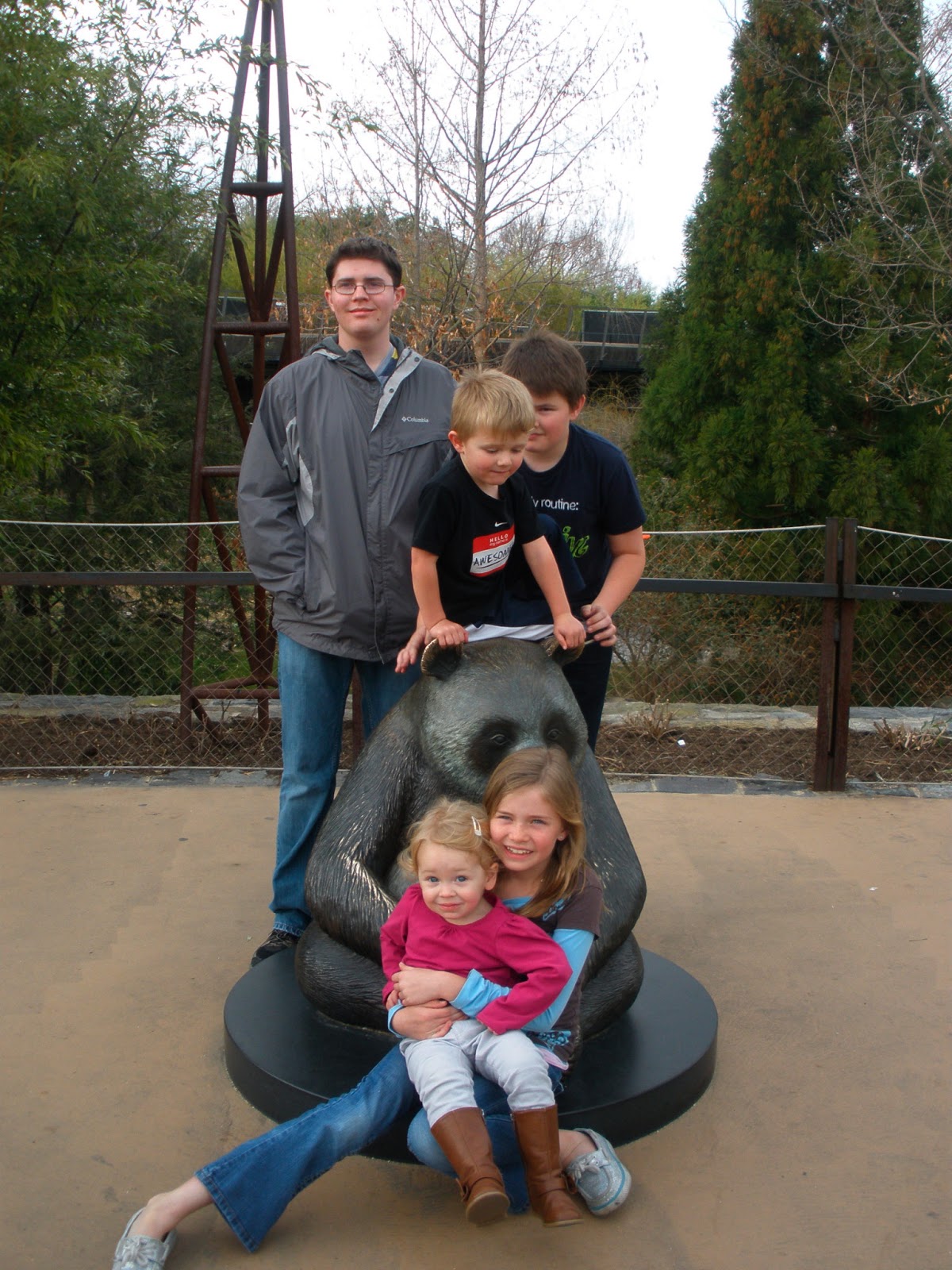 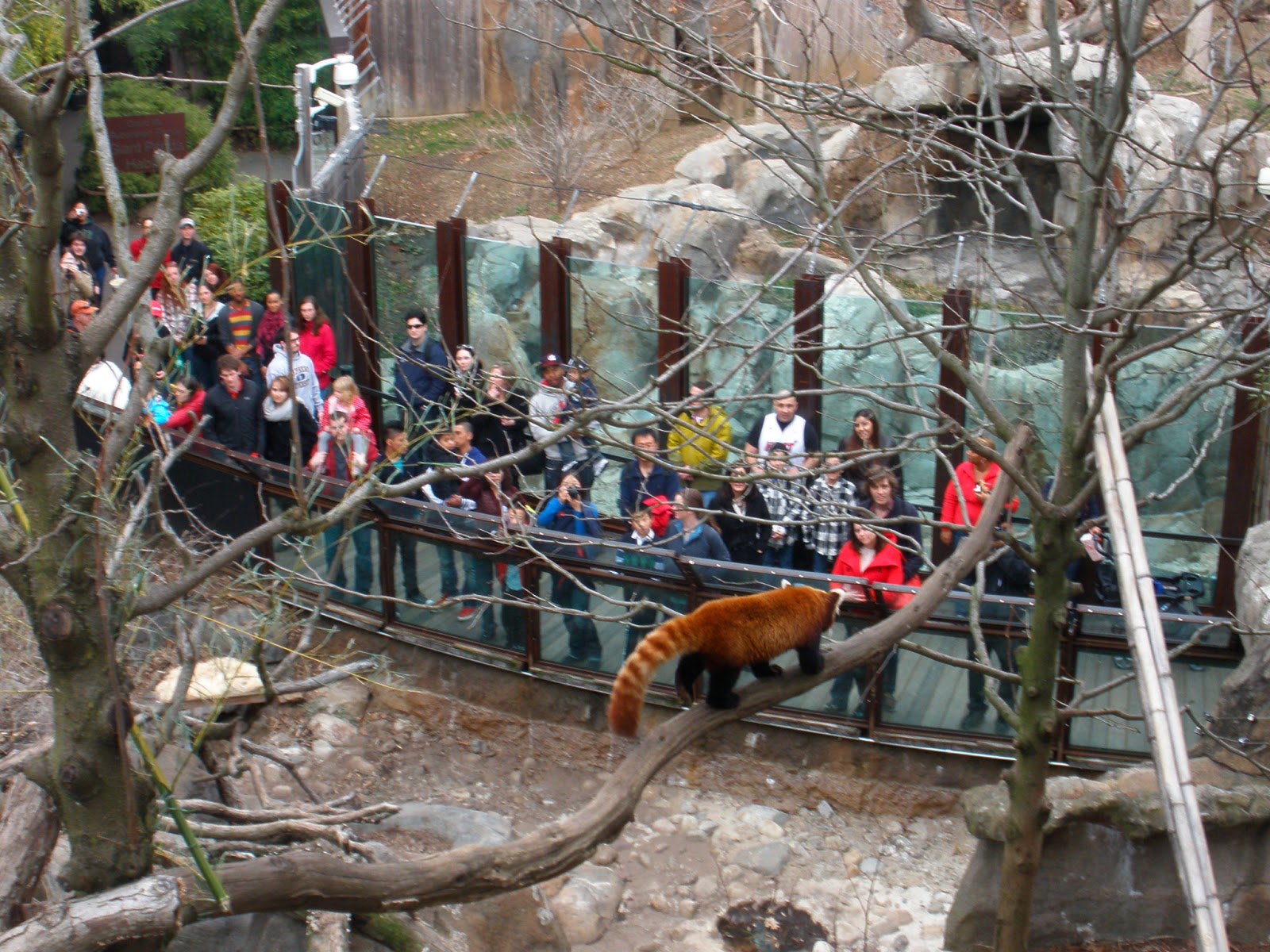 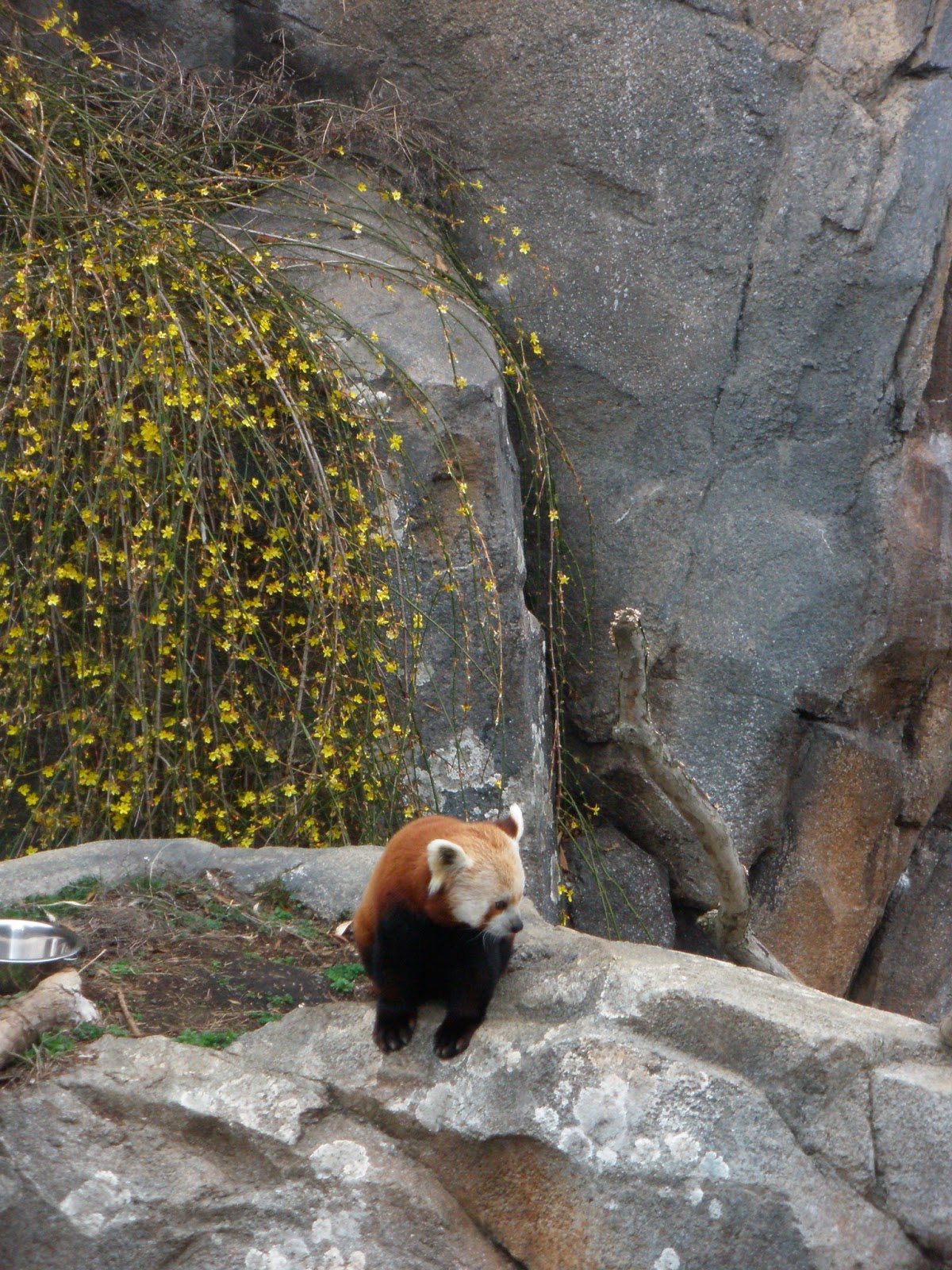 Then it started to rain right about the same time we called it a day. We headed back to our place to eat at Kabab Palace and watch a movie before the Booths had to catch their hotel shuttle for the night.

The week seemed to go by too quickly and I couldn't believe it was already Sunday! We had a quick lunch together and waved goodbye to the Booths as they headed into their taxi's. Taryn cried when they left and I knew it would be a hard transition for her not being able to see her "Cousins!" each day. By mid week she was asking to see "Butter-bee" (Janalee), "Carot" (Caleb) "Andew" (Andrew) and more. We know we won't see them again for a long time but we were happy we were able to spend so much time with them all.

Thank you for coming all the way across the county to visit us, Booths! We love you!