Our one and only snow storm of the season 2017 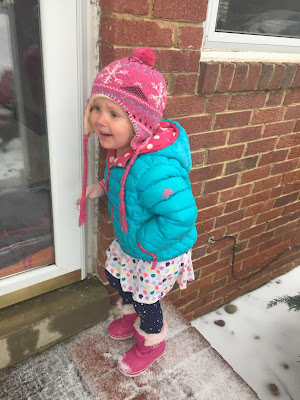 The poor girl hates being cold and wet. Though you might not know it because getting her to put on a sweater, snow pants or anything remotely warm and sensible is the hardest challenge.
We were out in the snow for about 10 minutes before she declared (through crying) that she was spent and wanted to go back inside the warm house. 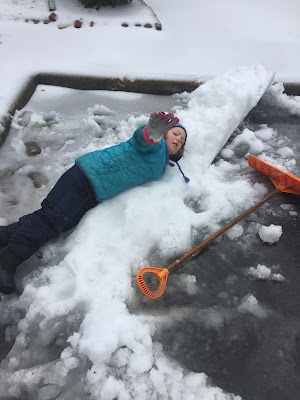 Taryn on the other hand, was so sad that we had to start shoveling the snow to make a clear path for our cars and the walkways. She was even crying at one point. That girl could live in the snow every single day and never get tired of it.

The snow was pretty wet but that didn't stop us from having a snow ball fight with our neighbors (Charlie and her mom) and trying to build a snowman and do snow angels.
Taryn was even trying to jump on the snow that had formed into ice over night.
I have a cute video of her dancing while slipping down the side walk covered with snow. I will post it to our YouTube channel. (which I need to badly update!) 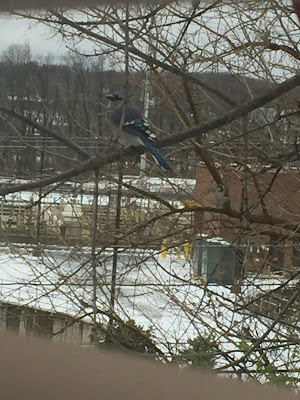 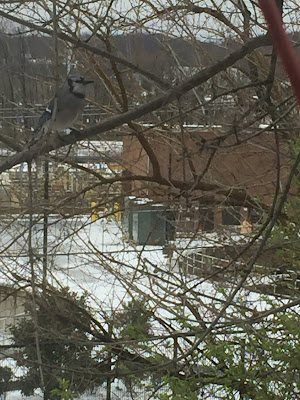 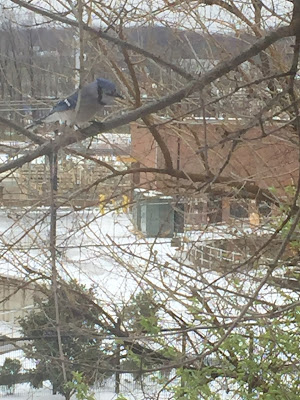 Blue Jays, wood peckers, cardinals, sparrows and robins live near our home and visit our bird feeder often. This little blue jay was hanging out and just as I was writing this, a cardinal landed on our window sill and watched me type away. Pretty cool! 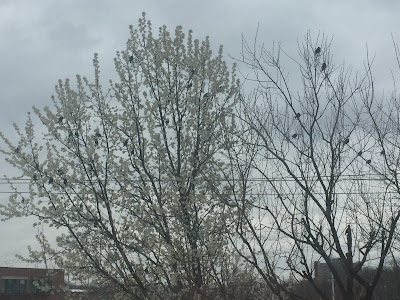 I realize it's hard to tell from this picture but the tree in our backyard was white and full of black crows. It was a beautiful sight! 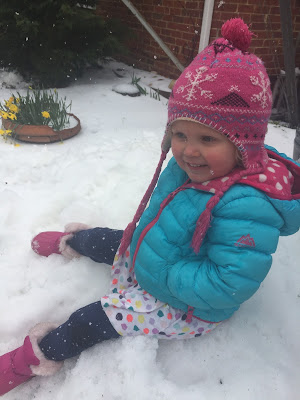 During the 5 minutes she actually enjoyed being outside in the snow ;) 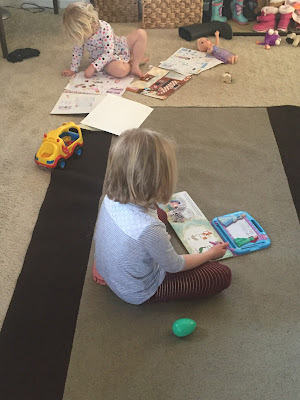 For the times we were inside during our snow day, I happen to catch them quietly reading, writing and playing with stickers. I LOVE those moments . 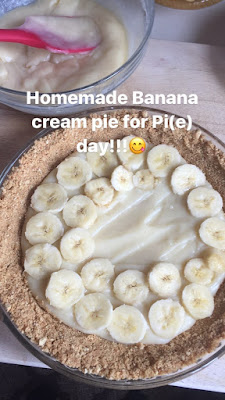 What better day to have pie than on Pi Day 3.14
We made a banana cream pie from scratch per Tyson's request. it was super yummy and perfect for a cold snowy day. 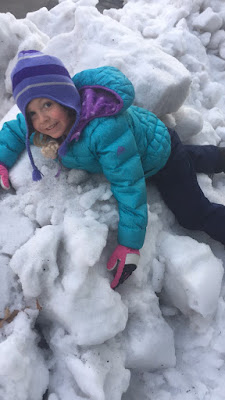 Her love of snow will never die! 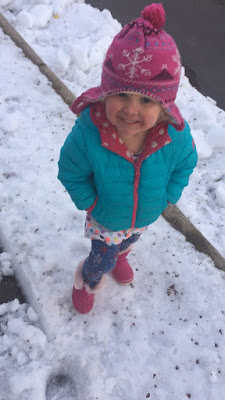 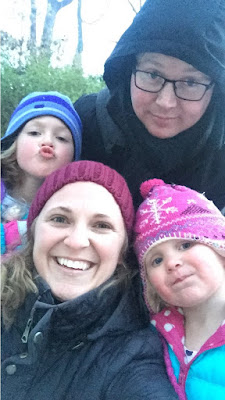 The best way to get out the "snow day" wiggles is to walk to get daddy as he headed home from work. Though schools were cancelled, Tyson still had to go to work but because we can't drive our car on snowy roads, he had to walk there and back (which really isn't unusual for him but the snow makes it hard) I think Tyson's work ended up giving everyone pizza who actually made it to the office. Hahah! 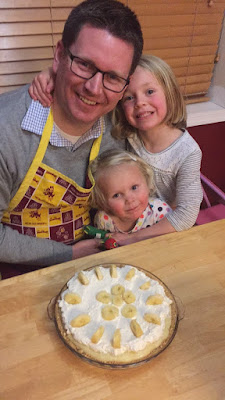 Pie day with my sweetie pies! 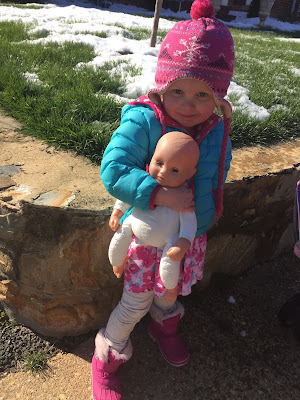 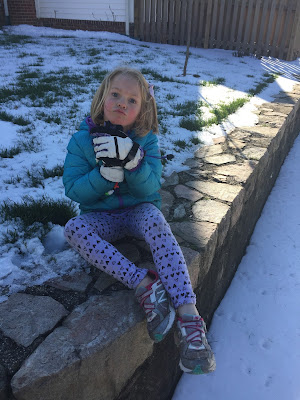 Even though the snow had iced over , the girls had the best time playing in it during our walk to school the next day. 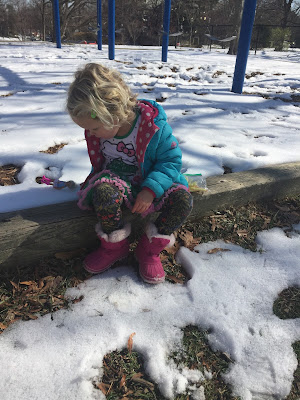 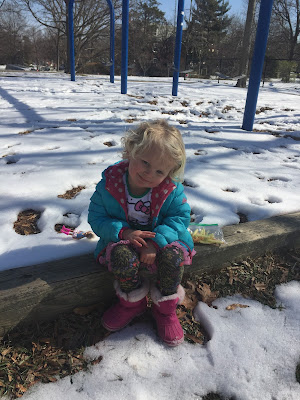 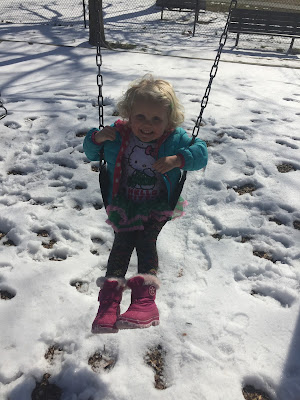 Park play date the next day after the snow had stopped. We slipped everywhere but Haddie still had fun. 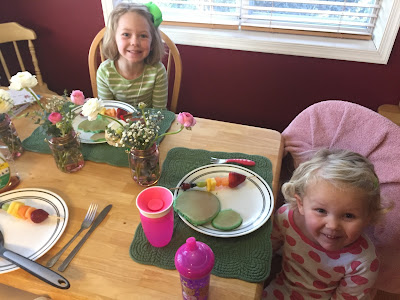 St.Patricks day was shortly after and I have to tell you that Taryn hates whole wheat pancakes. Nay brand she has had she hates and can detect them within the first bite. That morning she slowly ate her whole wheat pancakes (we tried a different recipe on Valentine's day too- total torture for her) and as she ate she had tears rolling down her cheeks. We decided that it's ok if the girls eat normal buttermilk pancakes (truly the best kind) while we eat Whole wheat pancakes. Because an occasional non- whole wheat food item will not hurt her. 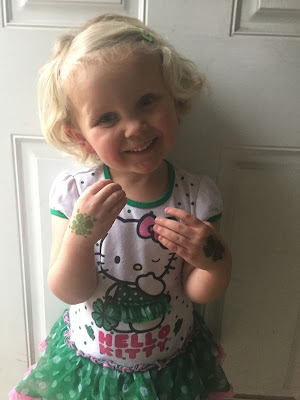 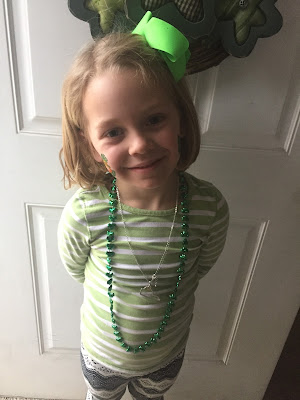