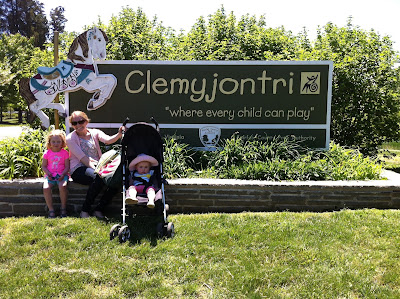 Memorial Day weekend was so fun! We started with brunch at our friends, The Haley's house, which is always the best!!! Lynne is an amazing cook!!! Then off to Clemyjontri with them so Taryn could ride a carousal as her prize for filling her jar with puff balls. We started a new incentive program for Taryn (to discourage whining, encourage listening when Mom & Dad ask once, rewarding doing her chores, doing kind deeds to/for others etc….) Each time she does something good, we add a puff ball to a jar. Once she fills it up, Taryn gets to pick an activity to do. This park , specially designed for children with handicaps, has the best carousal!! The kids really enjoyed running everywhere while us parents tried to spot them in the "maze" that it the park. That thing is so huge and can be a little discomforting on a crowded holiday weekend but the Dads and Moms split up and conquered. We only lost Taryn for a brief second and she didn't even know we had lost sight of her. 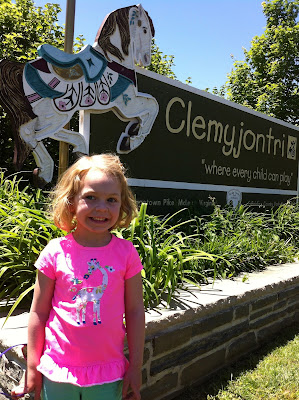 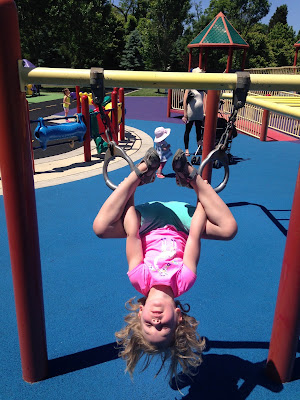 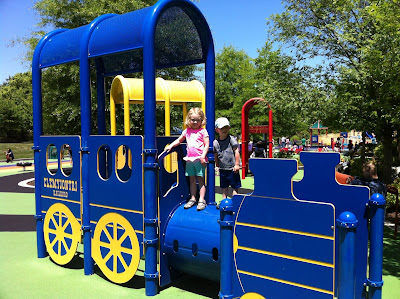 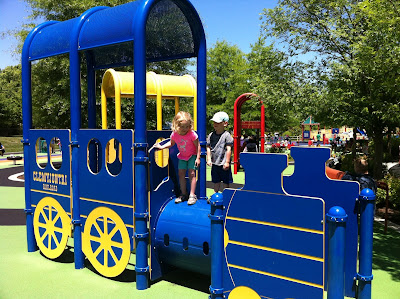 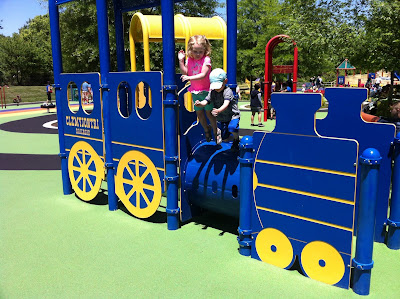 Logan and Taryn are little adventures for sure! Together, they are unstoppable (in a very good way!) 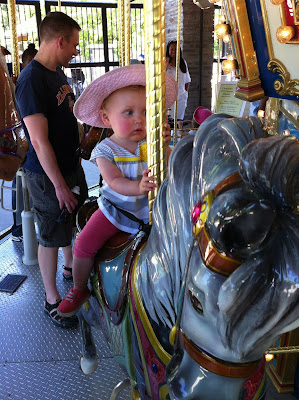 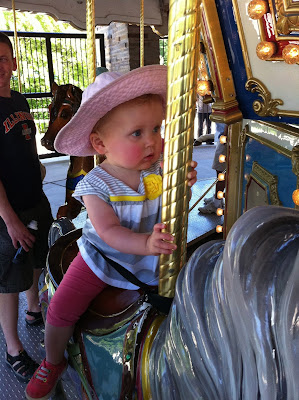 I love the first expression on Hadleigh. Complete terror. She didn't trust the horses one bit. She never smiled the whole ride and carefully watched as the ride moved. She was more than happy to get off! 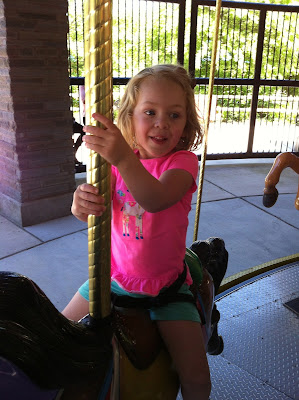 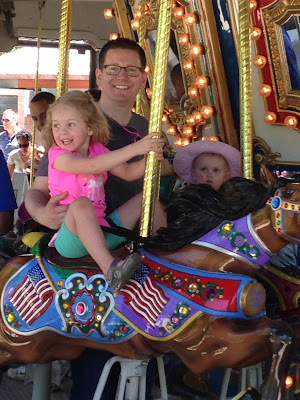 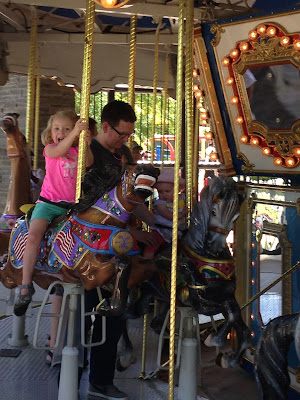 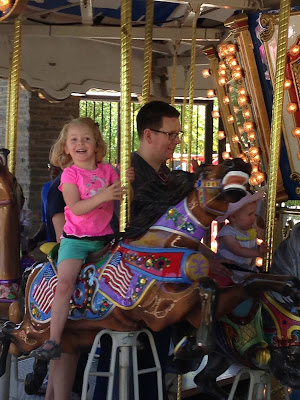 Taryn couldn't have been more thrilled. She lives for little things like this!!! Biggest smiles ever from her the whole ride!!! 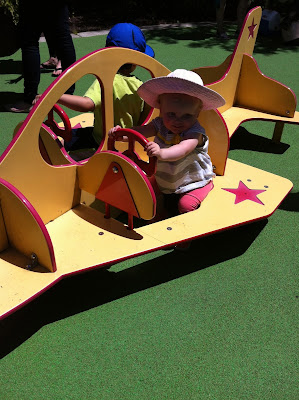 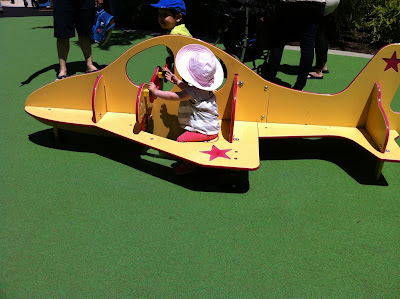 Then came dinner hours later…. with these crazy little ladies :) 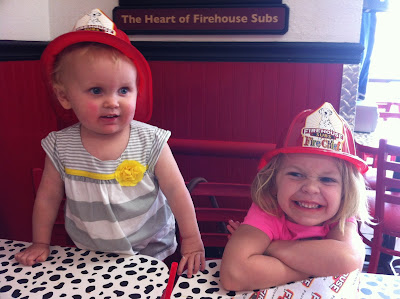 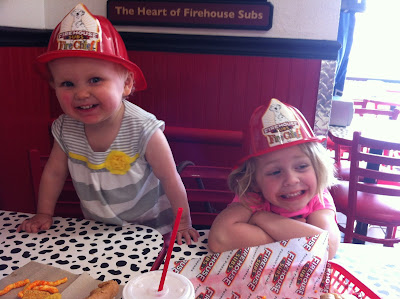 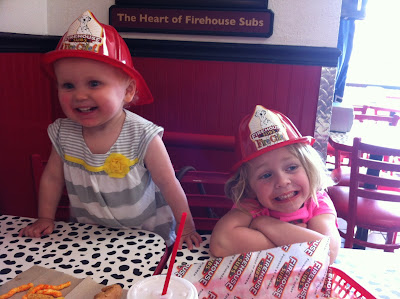 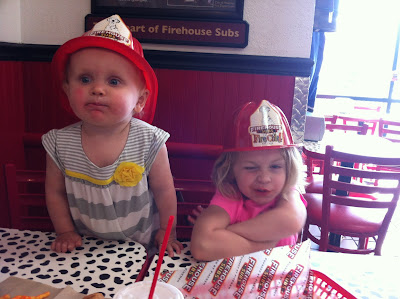 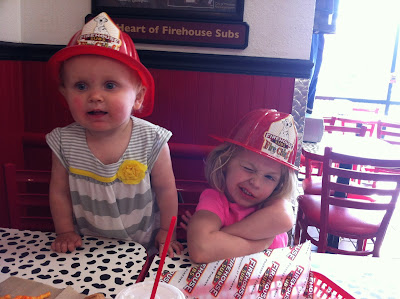 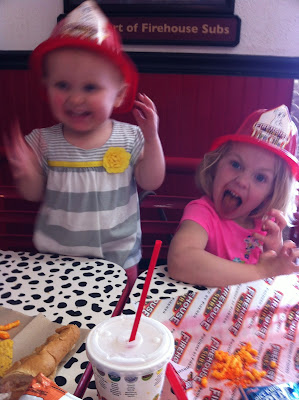 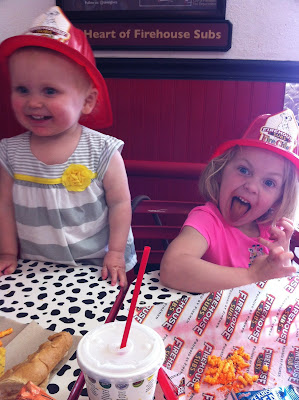 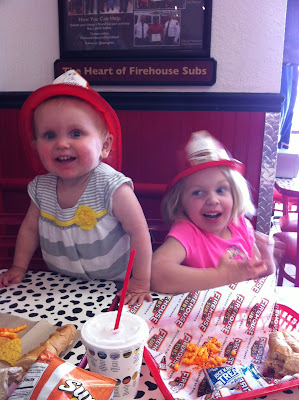 I love them so much. They had Tyson and I laughing the whole time (and even the tables surrounding us! ) 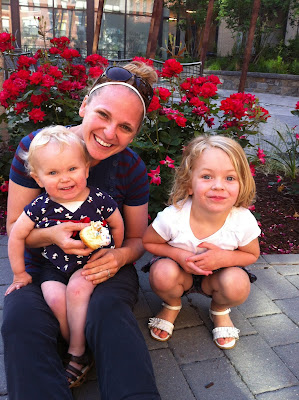 On Memorial Day morning, I dropped my sister off at the airport bright and early so the girls were up too. Tyson dressed them in red white and blue and when I got home, they were ready to get some donuts! We got a 1/2 dozen donuts from The Sugar Shack like maple bacon, salted caramel, double chocolate and the girls got sprinkles :) It was soooo good. We ate in the little courtyard and headed off for our next adventures. We spent the rest of the day at the Splash park and at a friends pool. What a great unofficial kickoff to Summer!!! 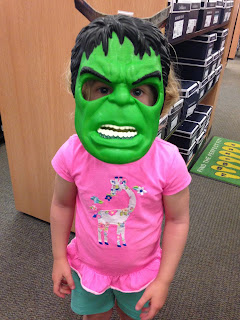 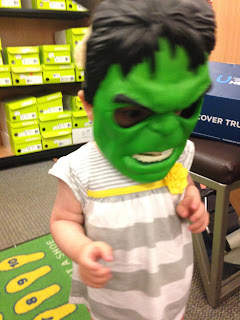 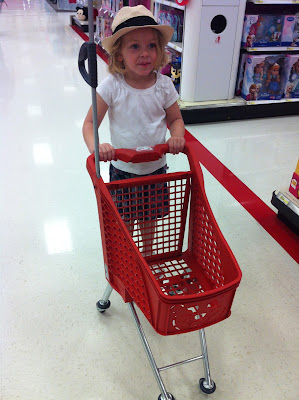 We stopped by Target to get Taryn a new hat and saw that they had added these fun little carts. Taryn is growing up far too fast! Hello little teenager!!! She picked this hat out and I might be borrowing it a bit this summer :)