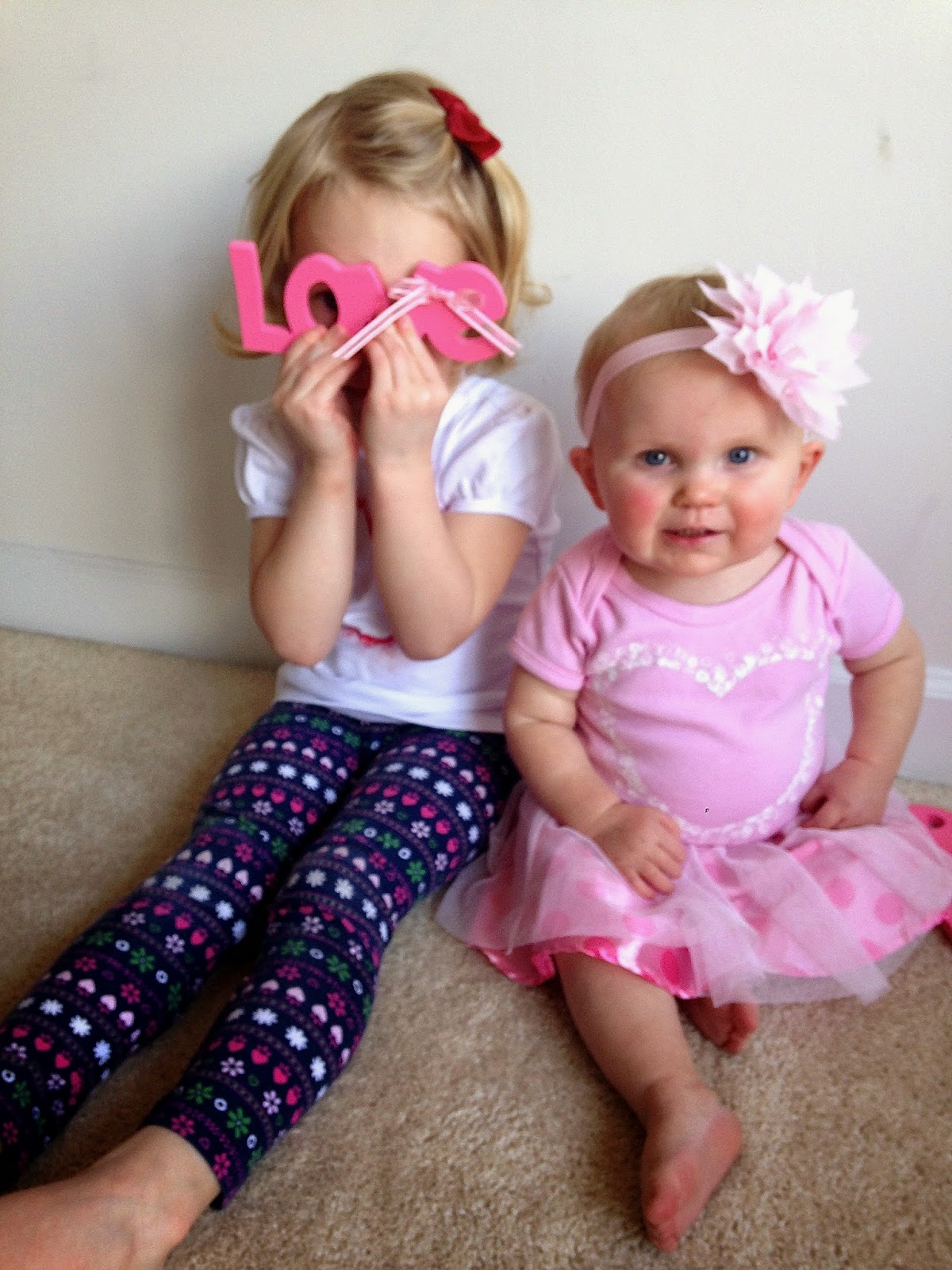 Woohoo for my 3 sweet Valentines!
These two cuties looked adorable in the fun shirts that my sister, Ashleigh made for them! She is so talented! Both of the girls had fun helping me put up our homemade decorations a few days before.

Our friend held a Valentine's Day party on Friday for all the littles. We decorated cookies and the kids passed out Valentines. Taryn was SOOOOO EXCITED about this! She had just learned the concept of a "mail box" for little cards or gifts friends pass out. She was ready to go days before! But actually executing the valentines was harder than I thought it would be. Taryn likes arts and crafts but can only stand it for a very short period. So after taking all my old scrapbooking supplies and spread them out, I traced a few hearts and she went hog wild on about 10 cards with markers and stickers- I mean….soooo many stickers!!!! It took her about 3 minutes. Then she was done. Like soooo done. I tried to get her to finish a few more so we would have enough. But then she said, "I can't, this is making me sweaty!" Oh boy! So that was that. 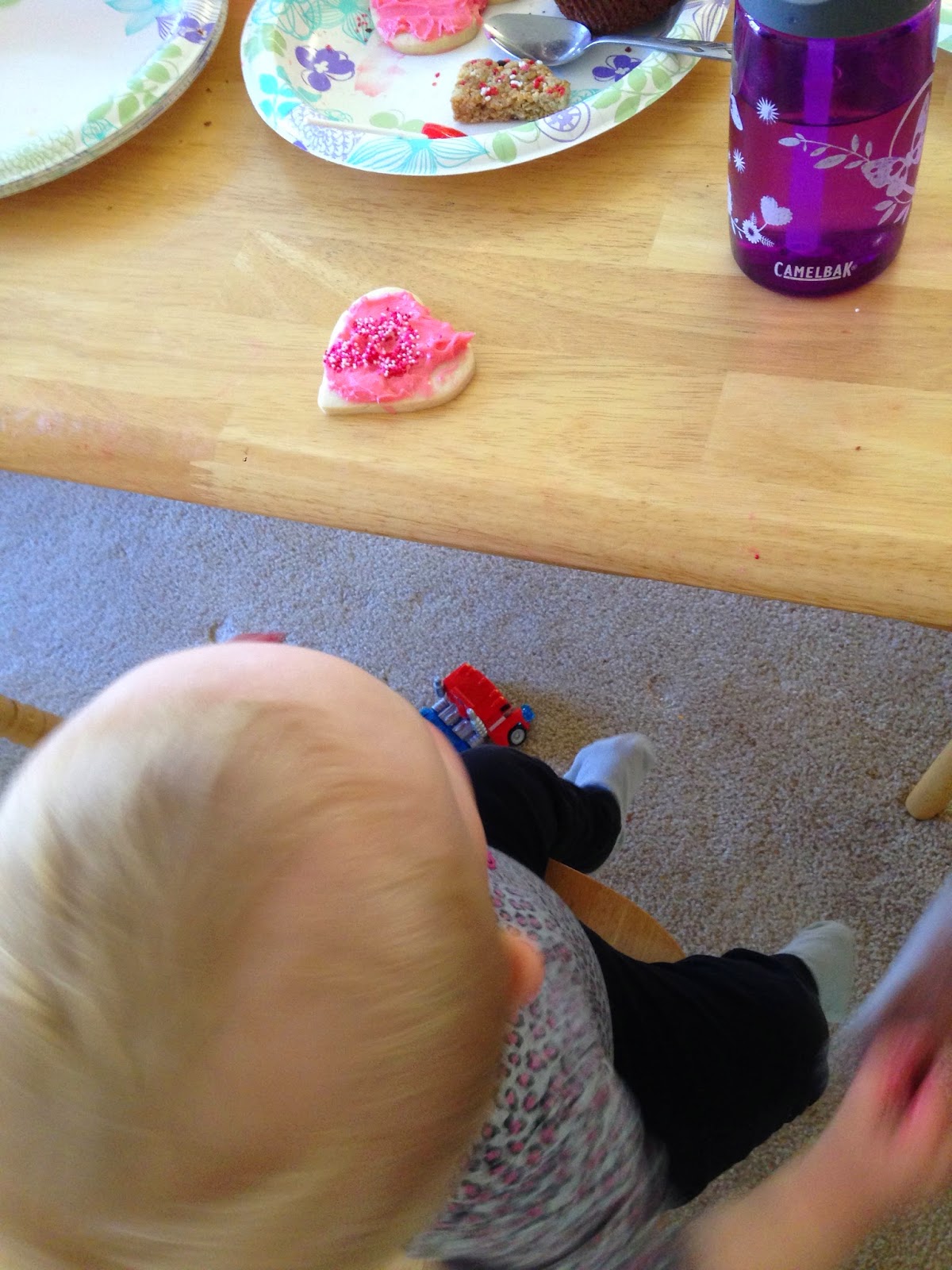 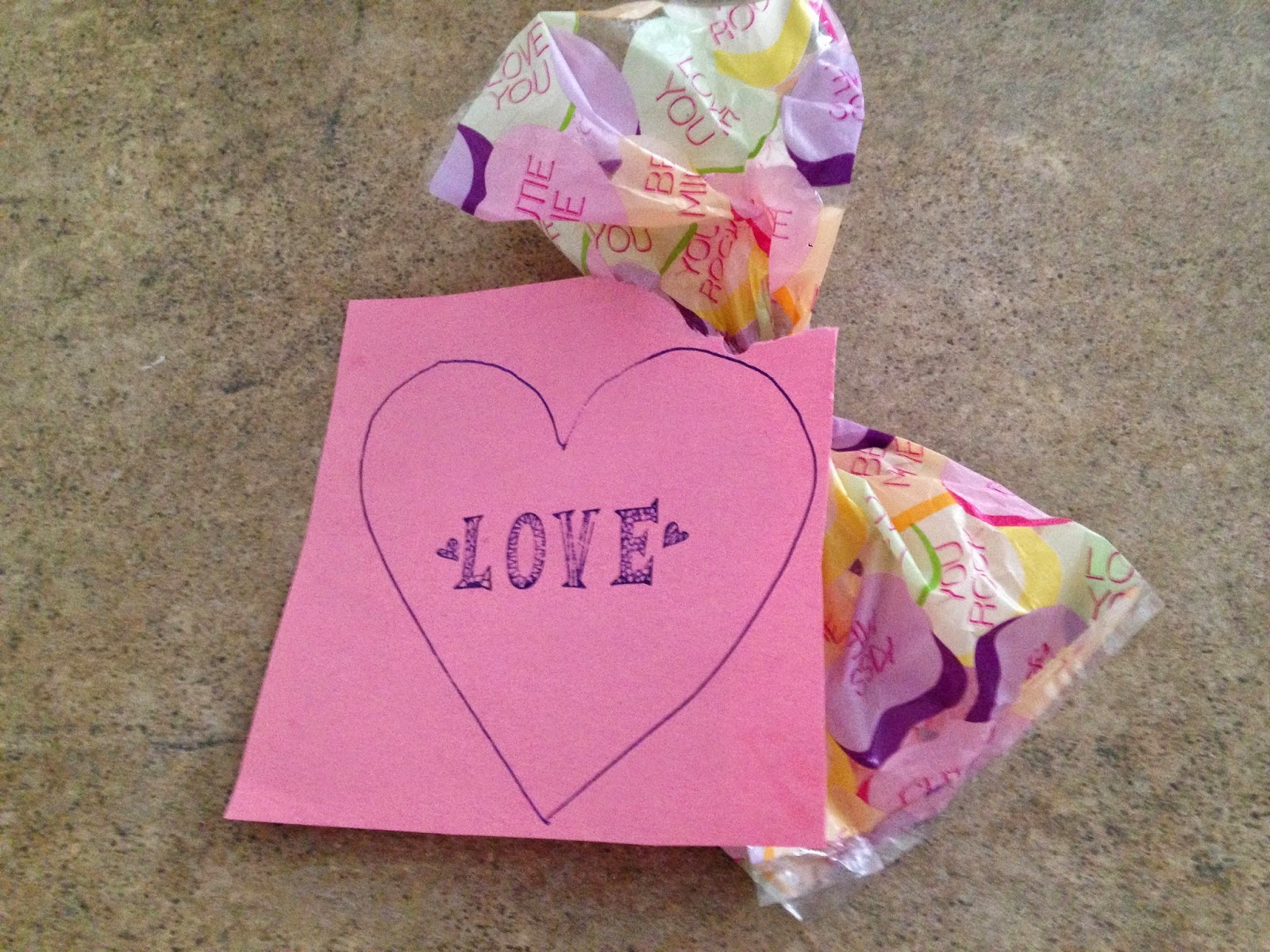 One of the Valentines. I wish I had a picture of the sticker filled ones. But this is what was left over. Taryn loved the stamps, too. INside the little bag, Taryn had counted out heart shaped marshmallows (her choice) for he friends. When we got to the party, she asked over and over again if it was time to pass out the treats. She made sure to give one to everybody and to collect one in return. Taryn was so very happy with her loot. 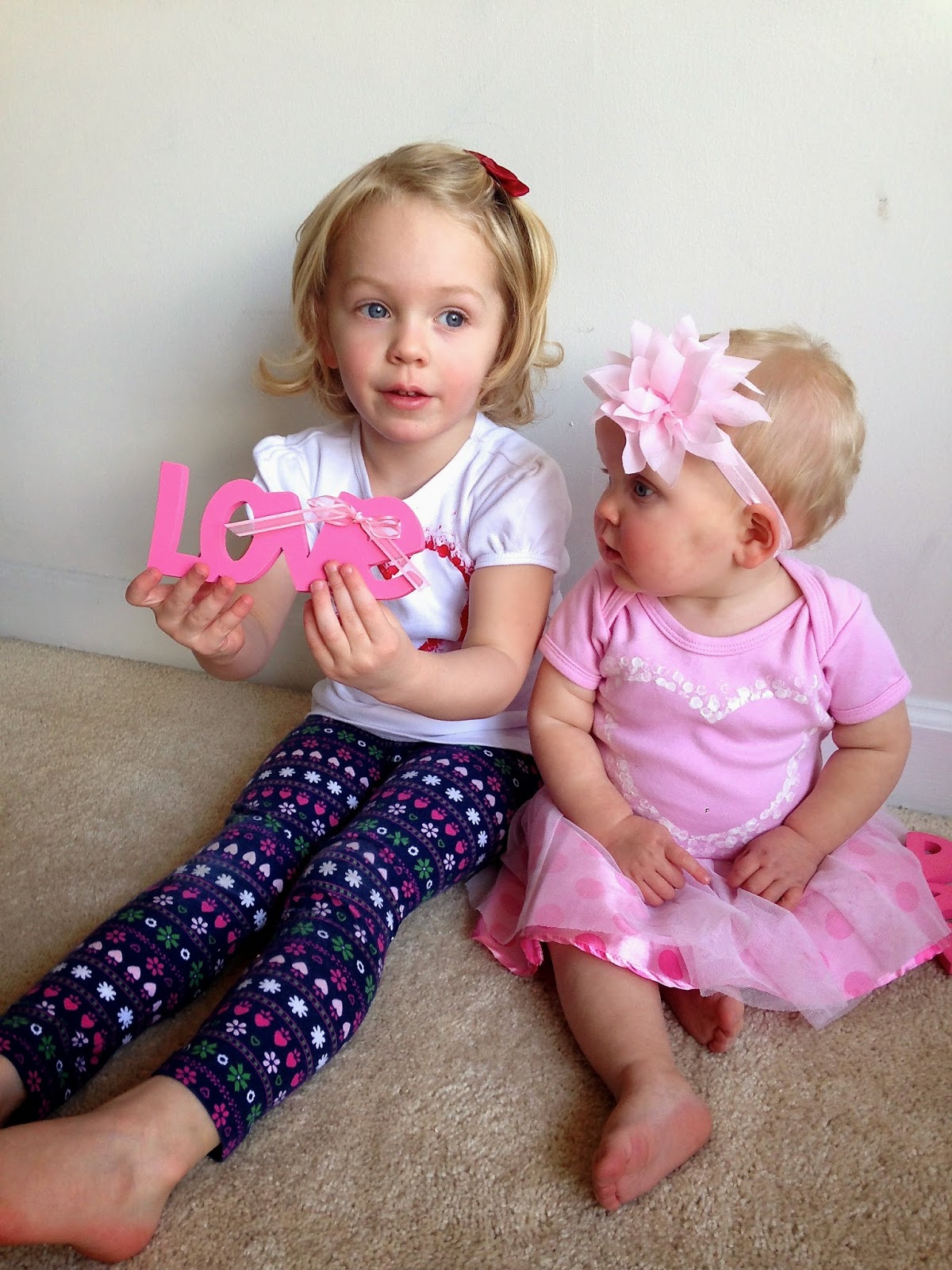 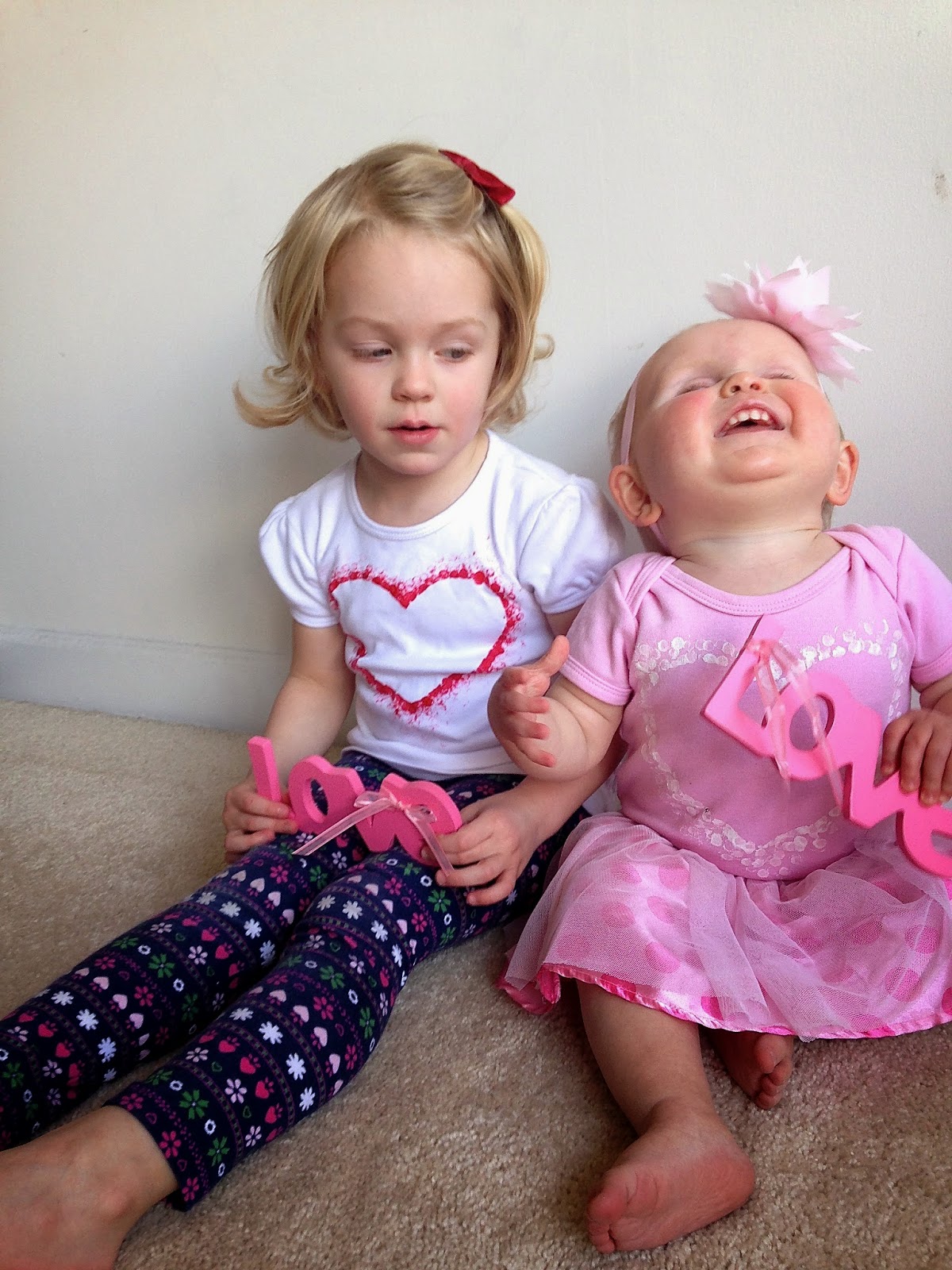 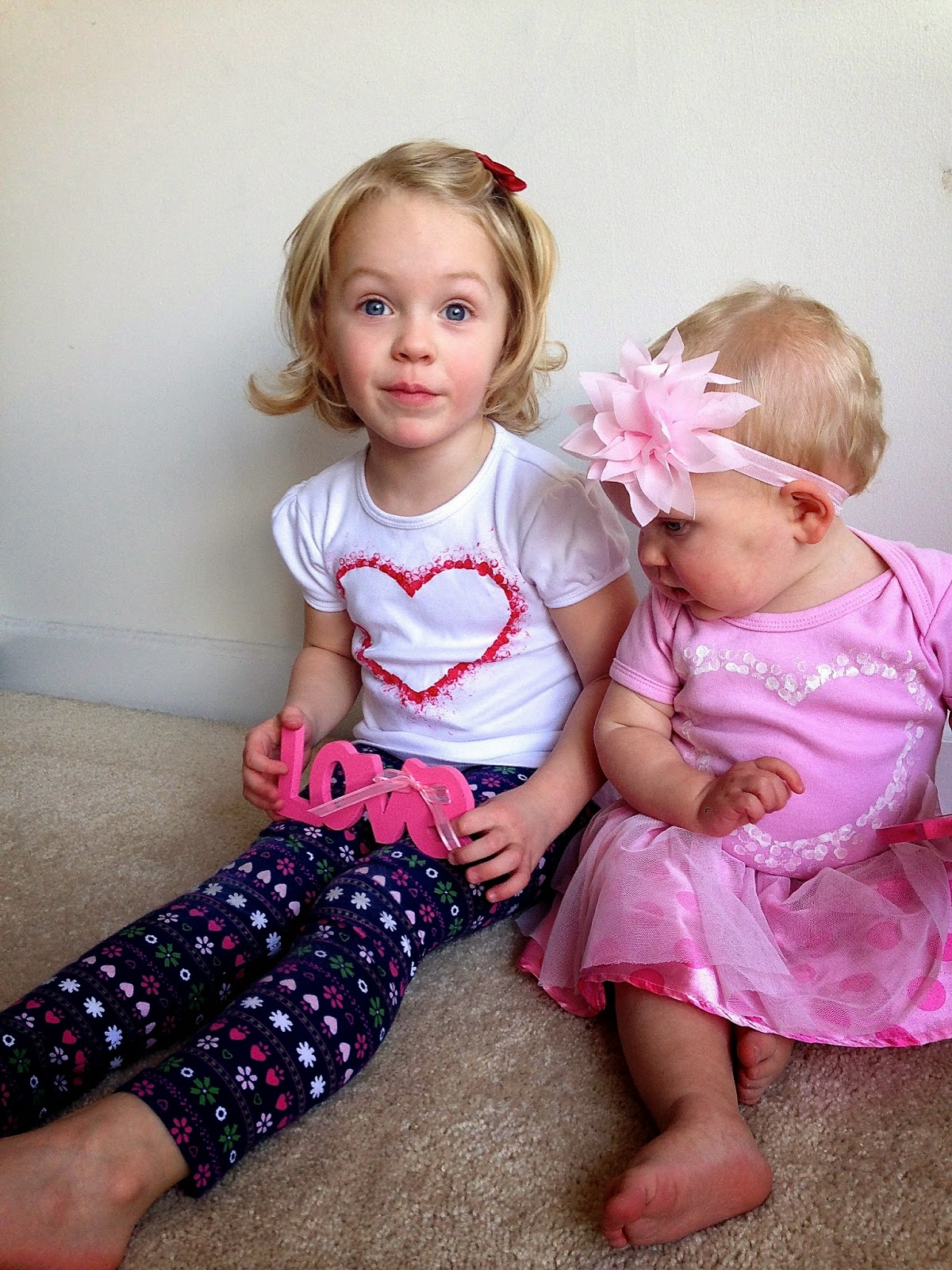 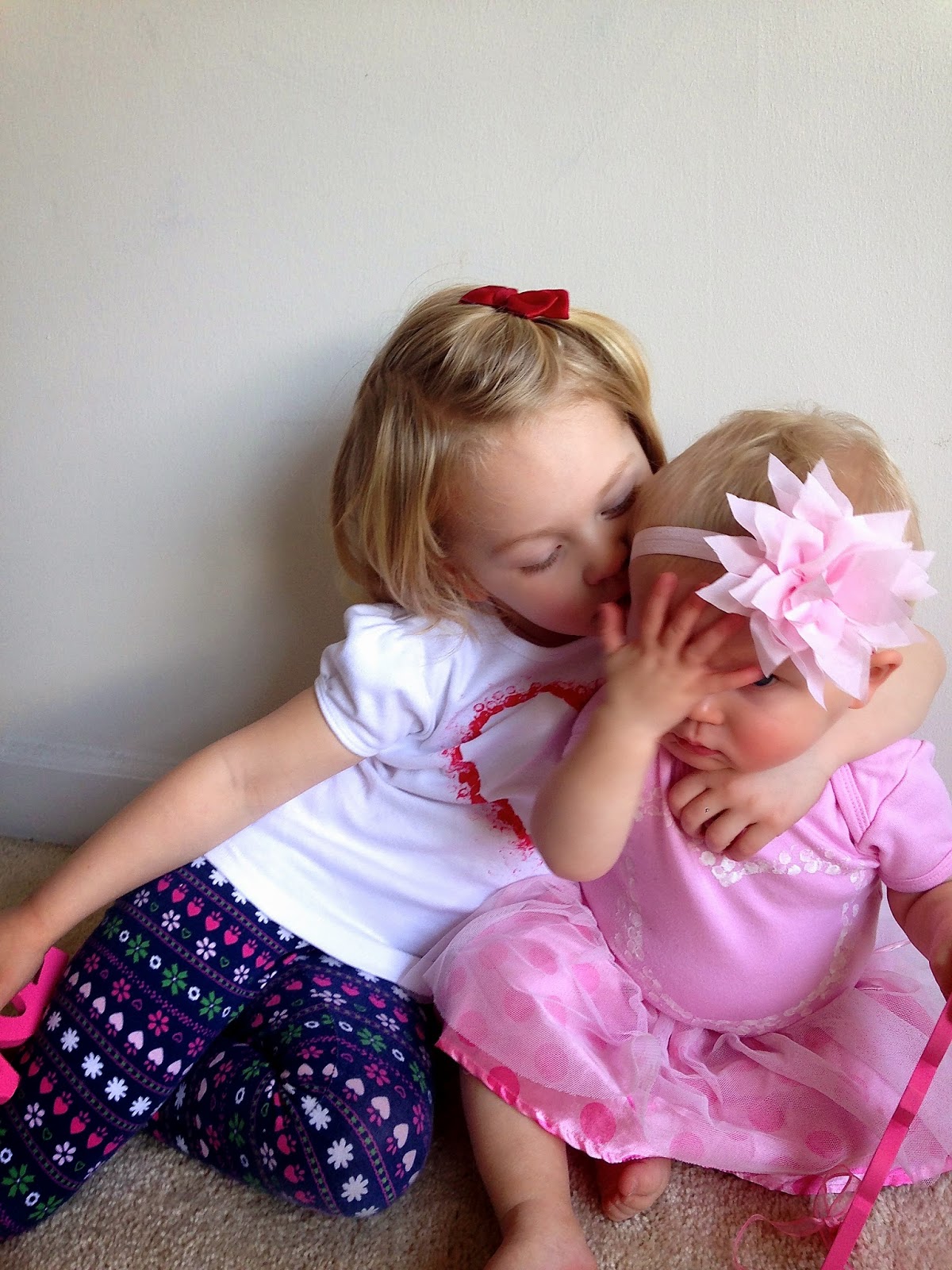 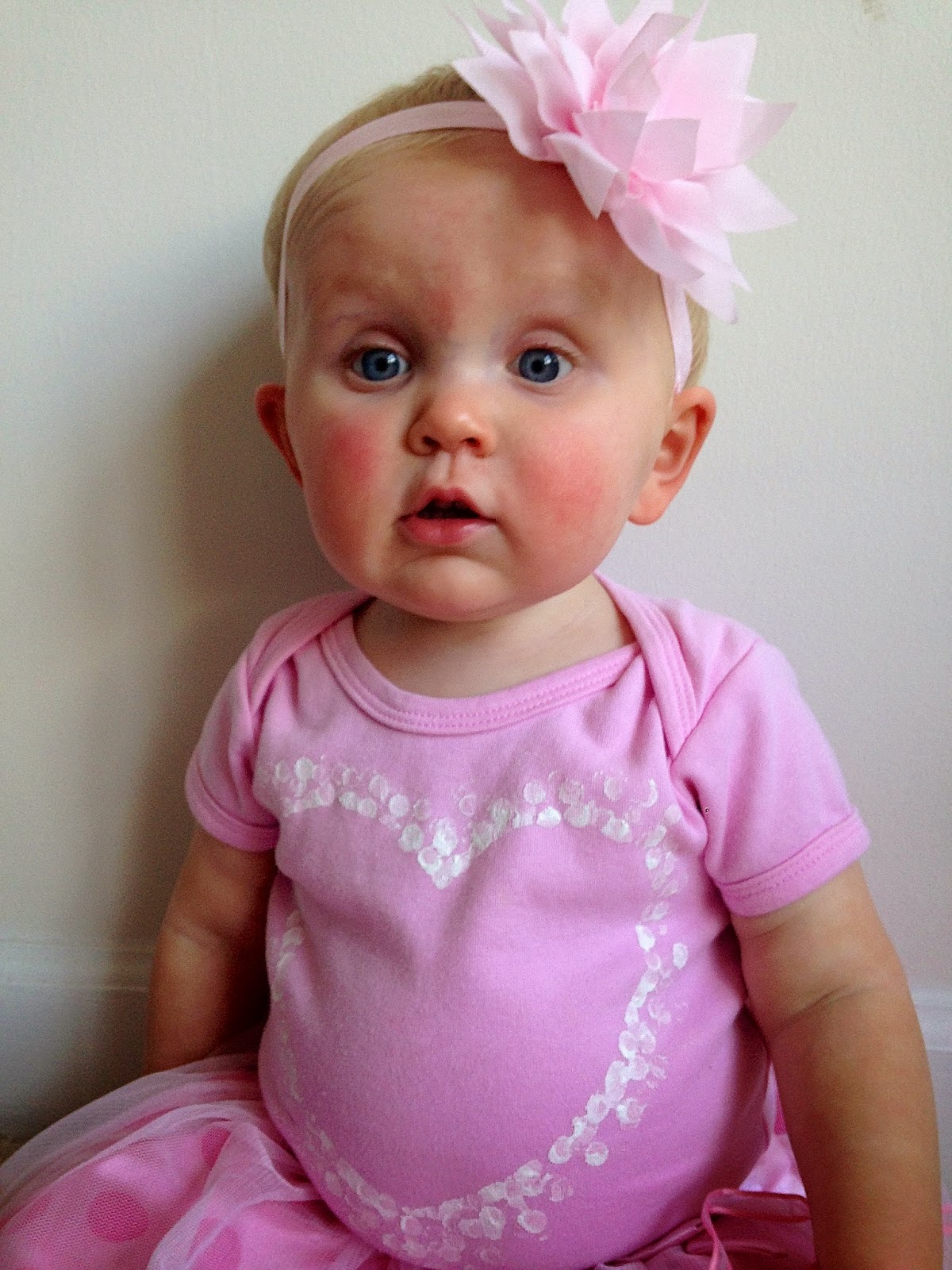 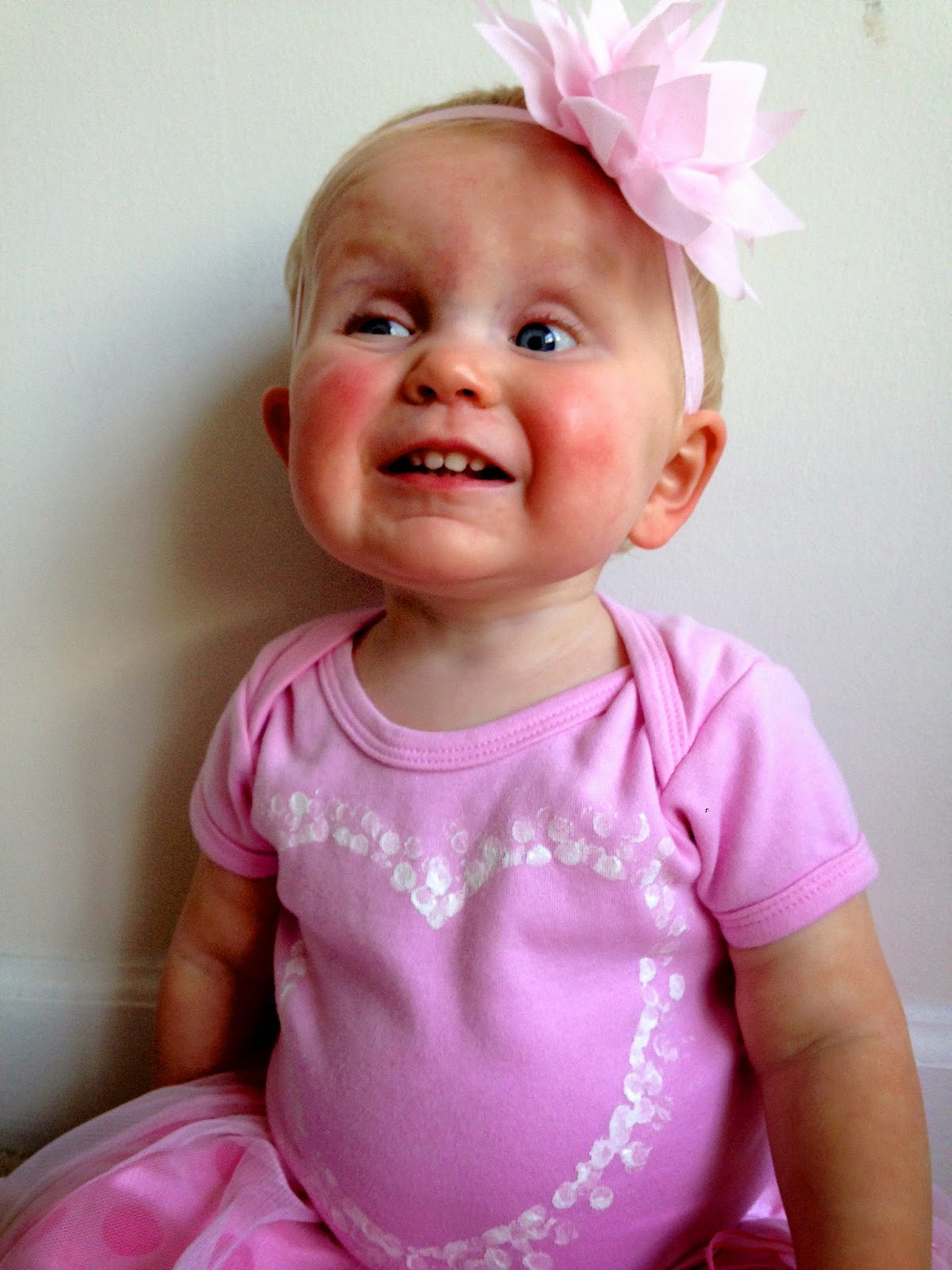 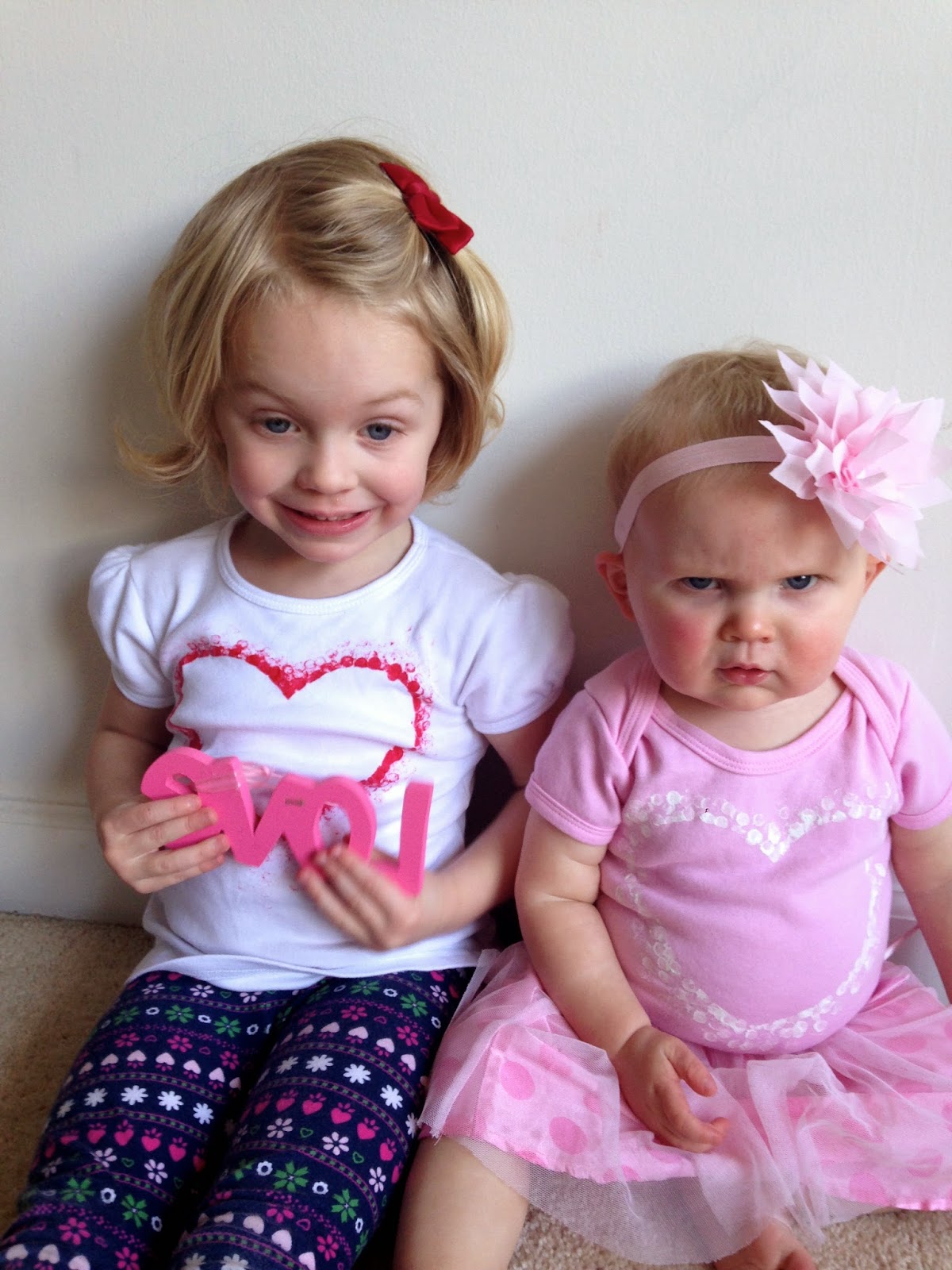 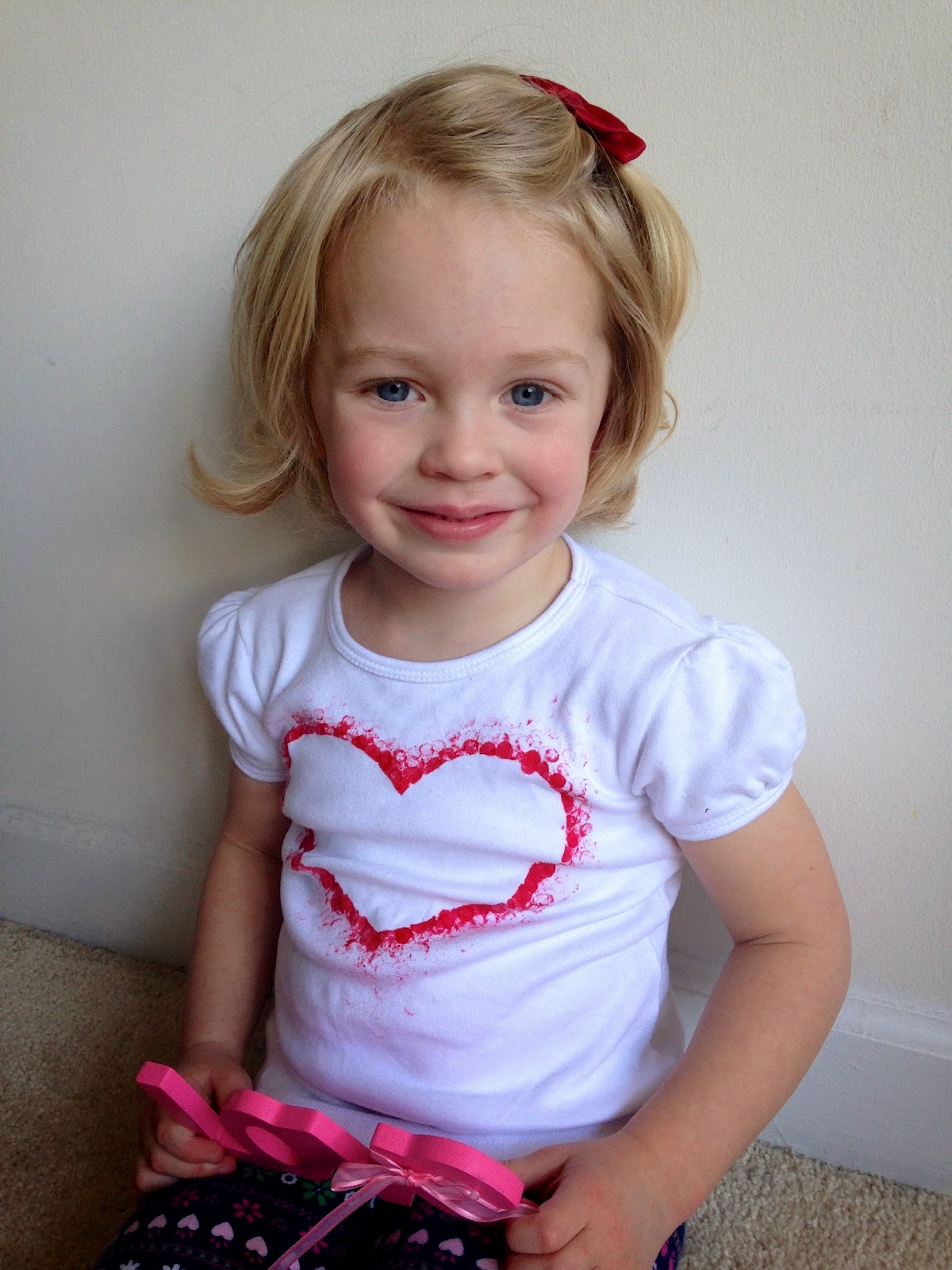 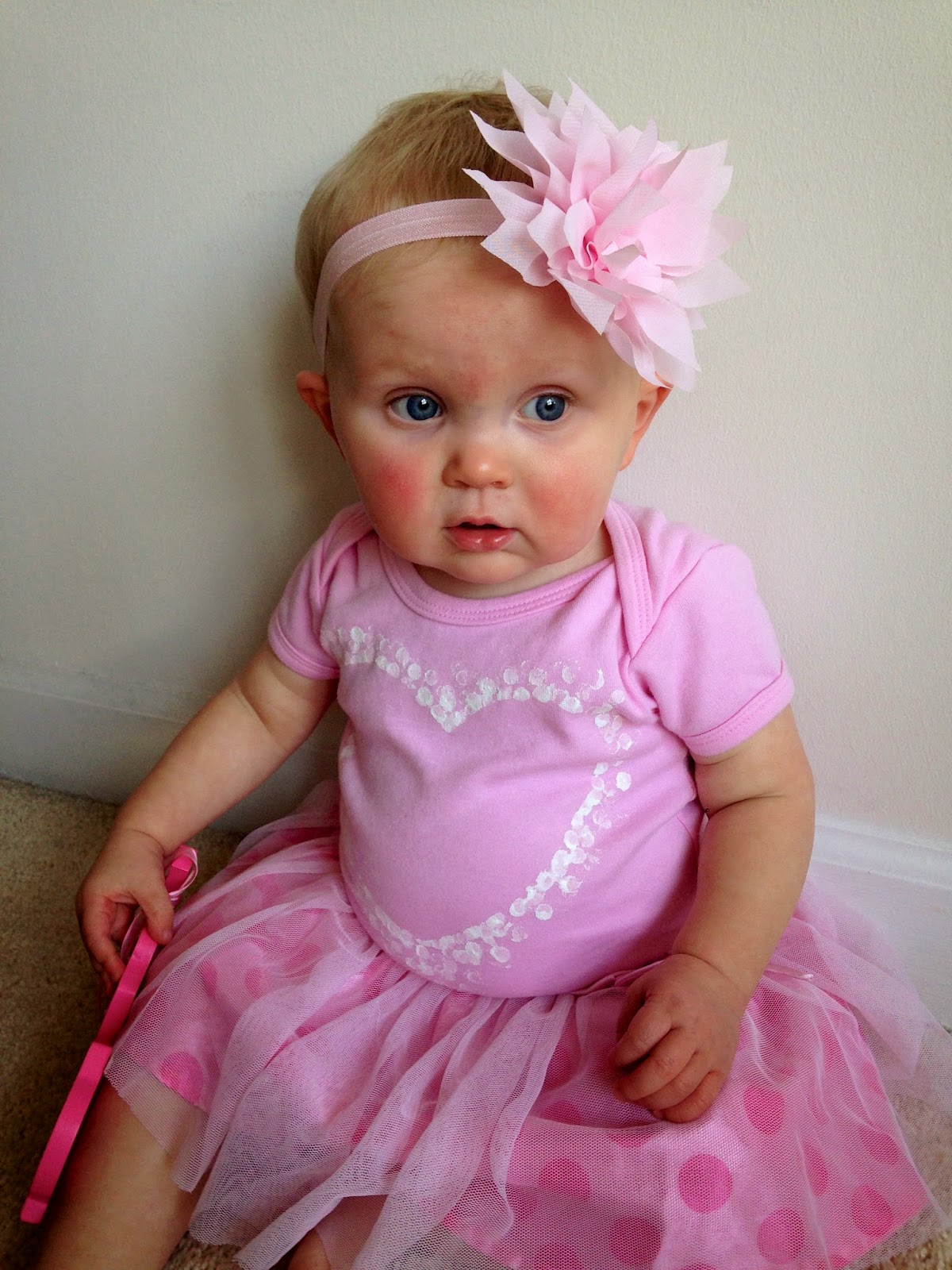 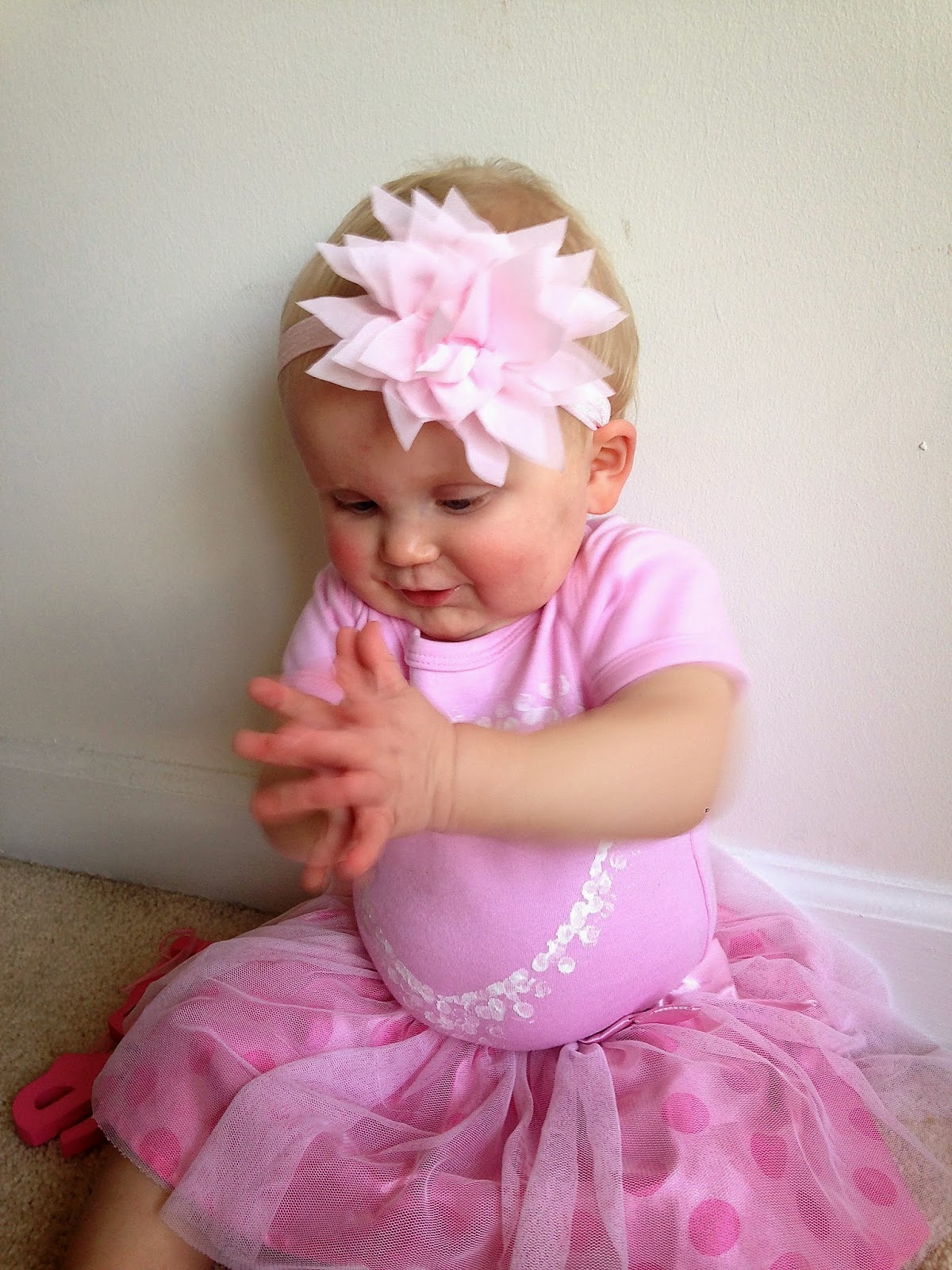 These photos were so funny to get out from them. I especially love Hadleigh's scowl because she thinks it's hilarious to do and always laughs right after. 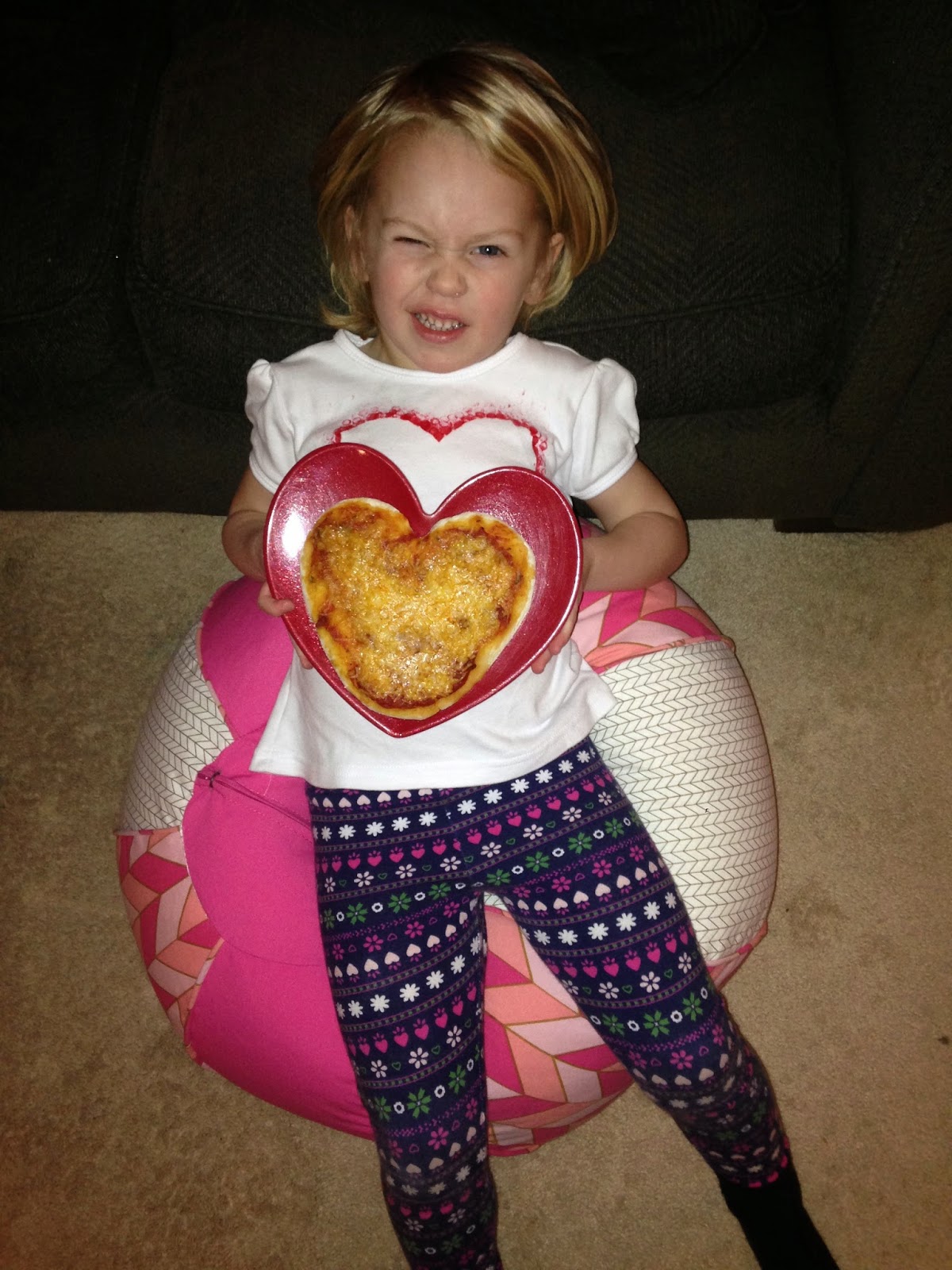 For dinner we made heart shaped pizzas that were delicious and then we ate some treats. It was a fun Valentine's Day- snow and all!
Posted by Brianna at 1:17 PM