We went to the zoo to see the tigers 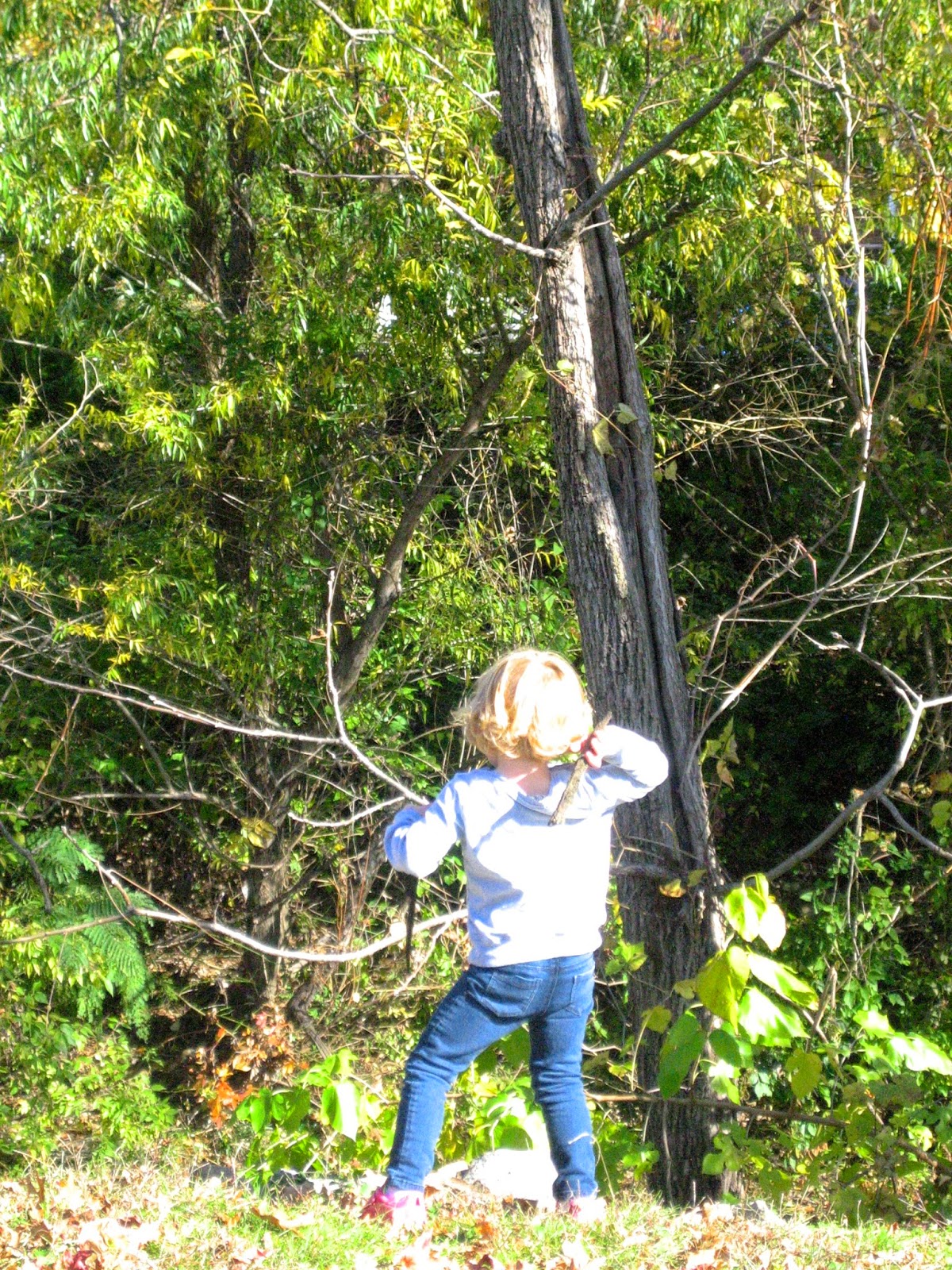 We woke up a few days ago and saw on the weather report that it was going to get cold cold cold in just a few days. So we decided to get the most out of the zoo before it's just too cold to stay there for long periods of time. Taryn really wanted to have a picnic before we left and since we had to eat lunch anyway, we packed our lunches up and headed to the picnic benches behind our place. 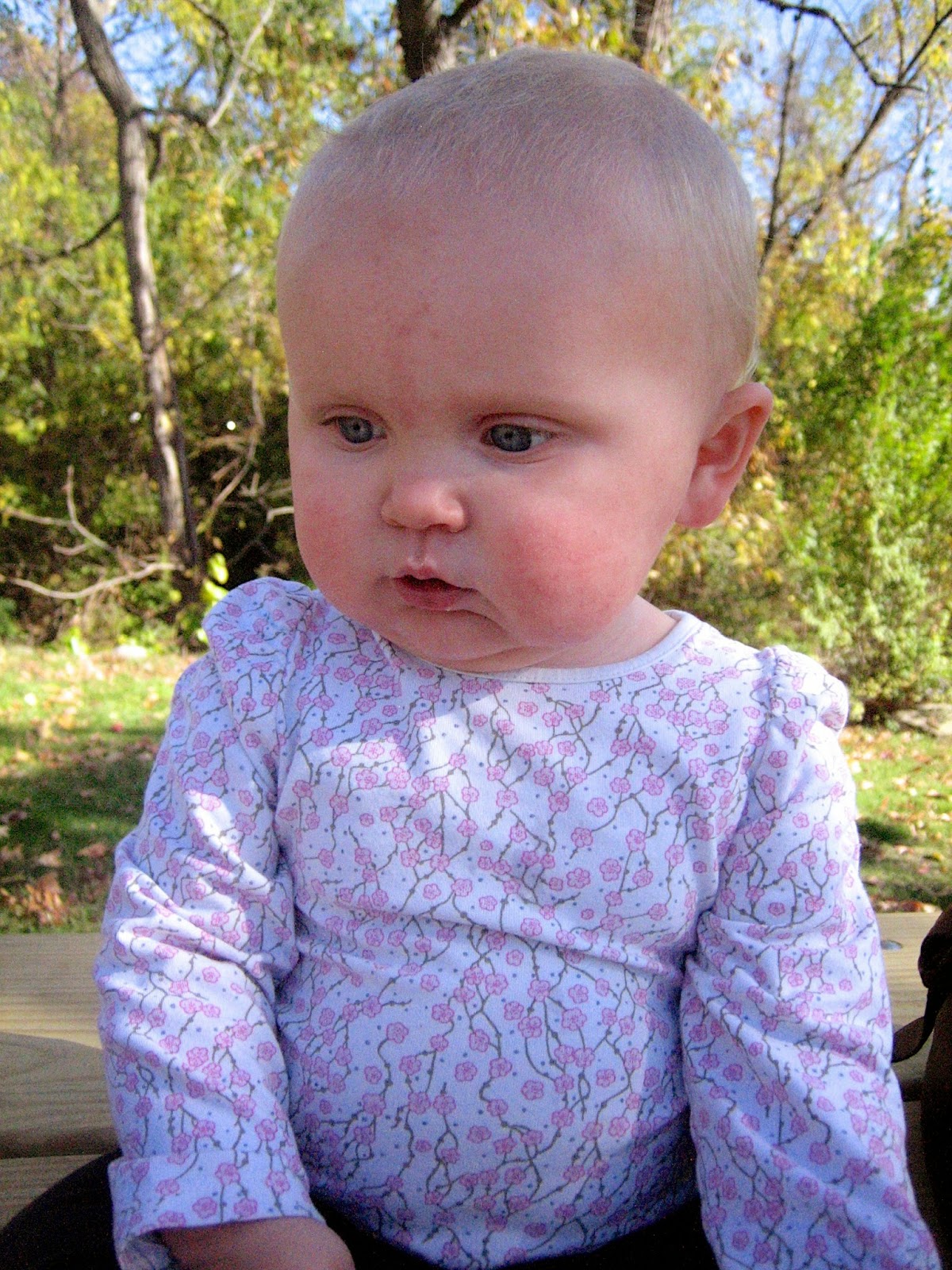 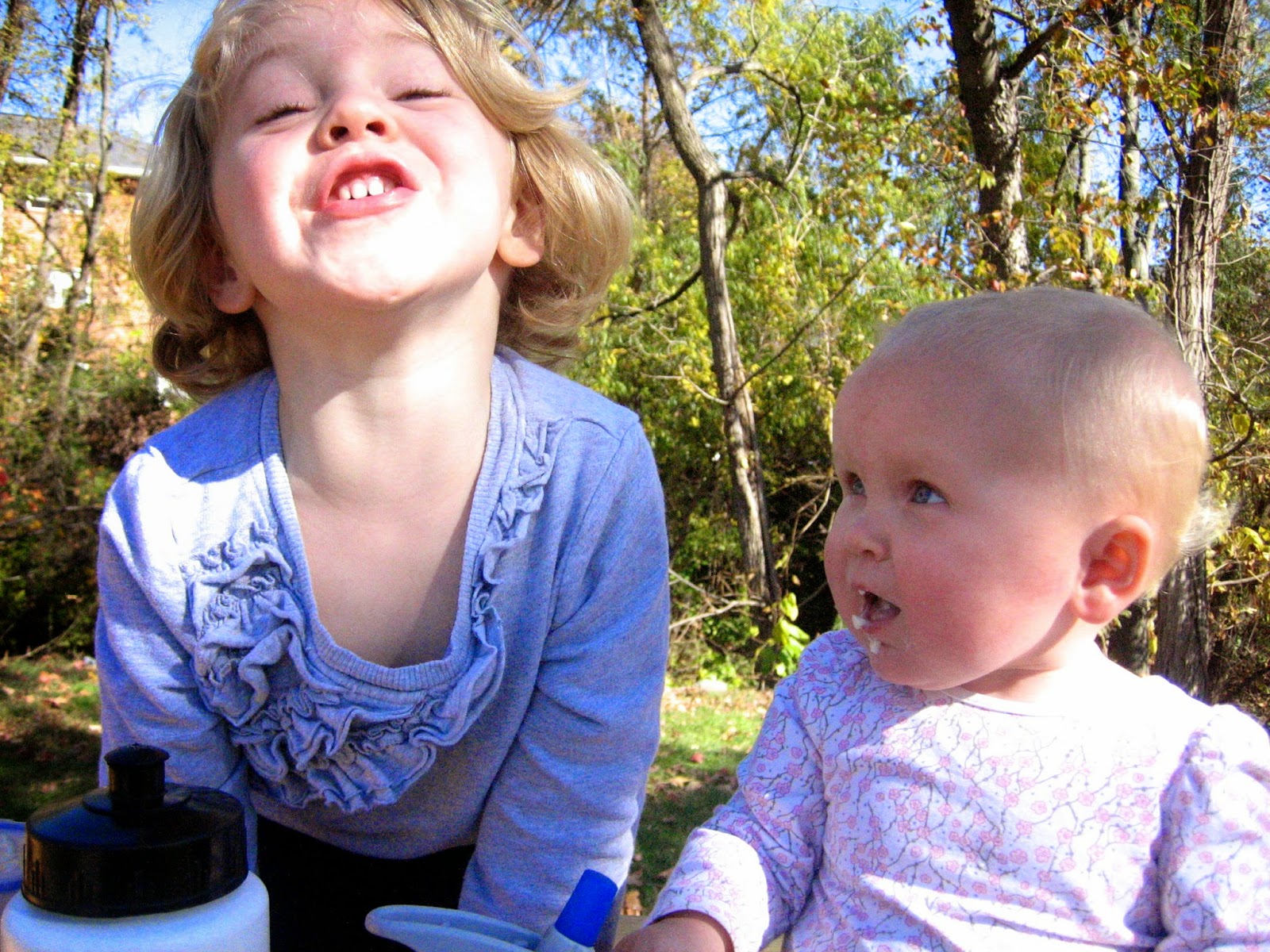 It was a little windy but still fun with these two who are total crack ups. Hadleigh is all about doing EVERYTHING Taryn does! It's worked out pretty well because we believe that's a big reason why Hadleigh is eating, drinking and moving so well! 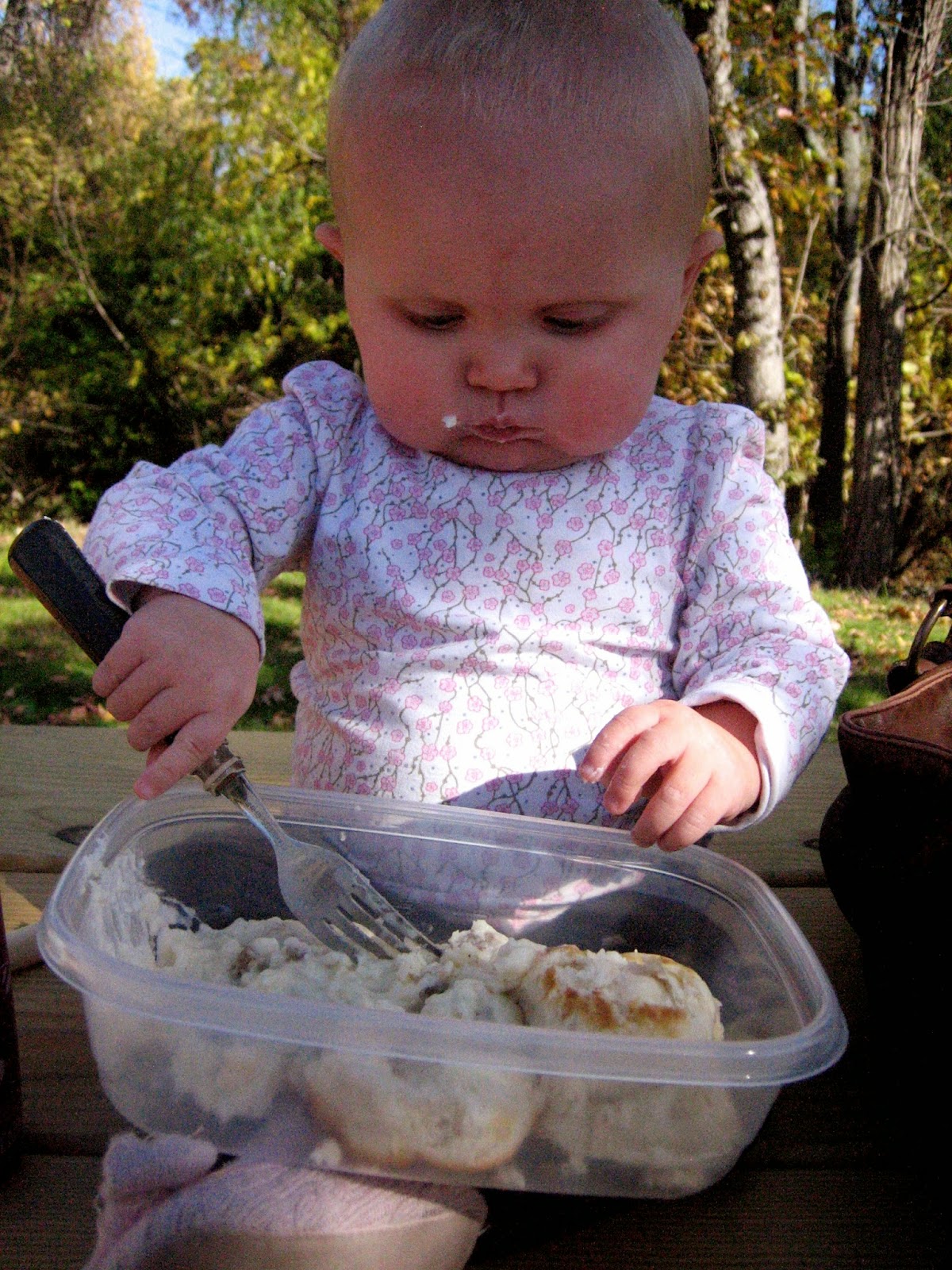 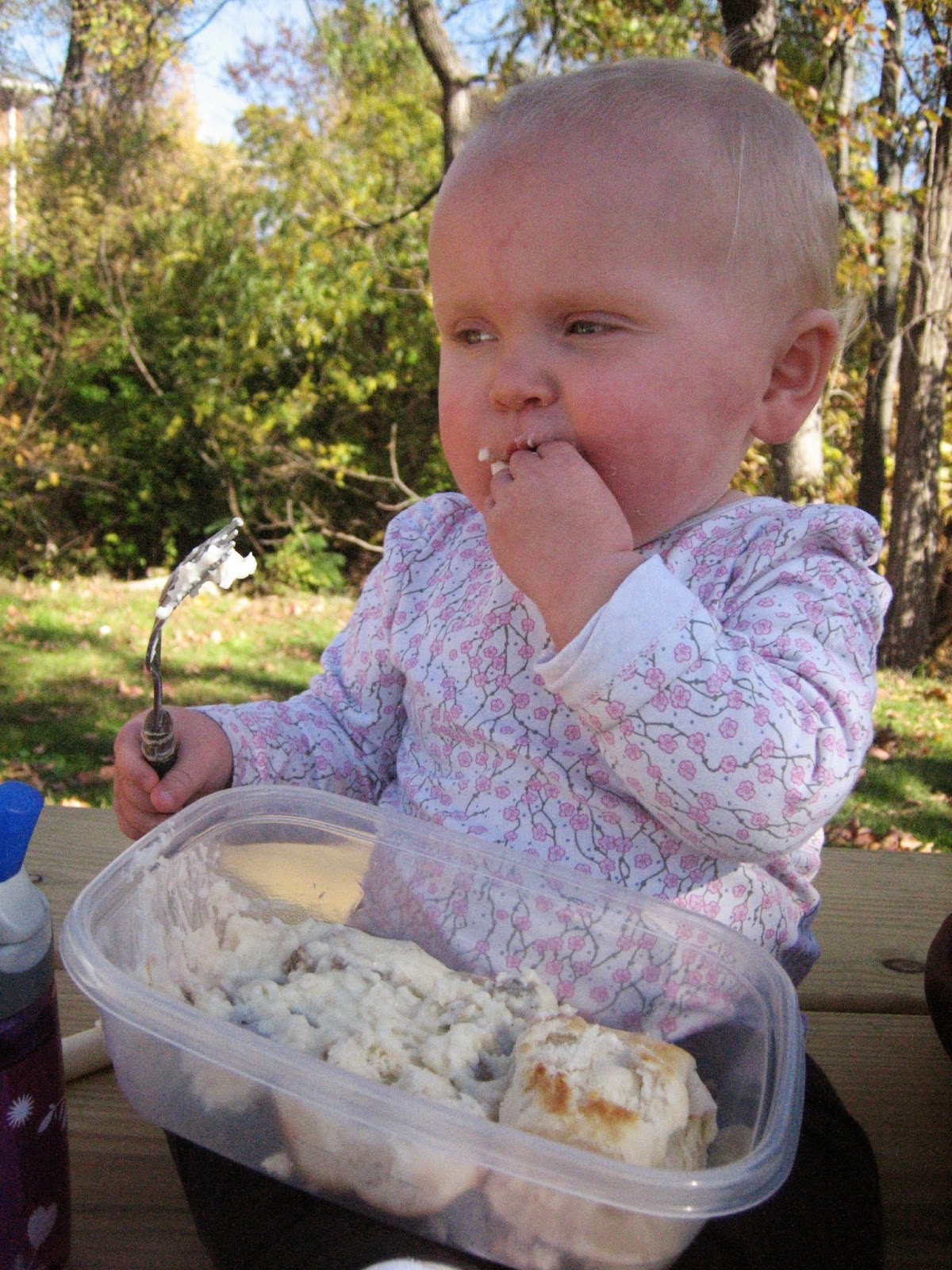 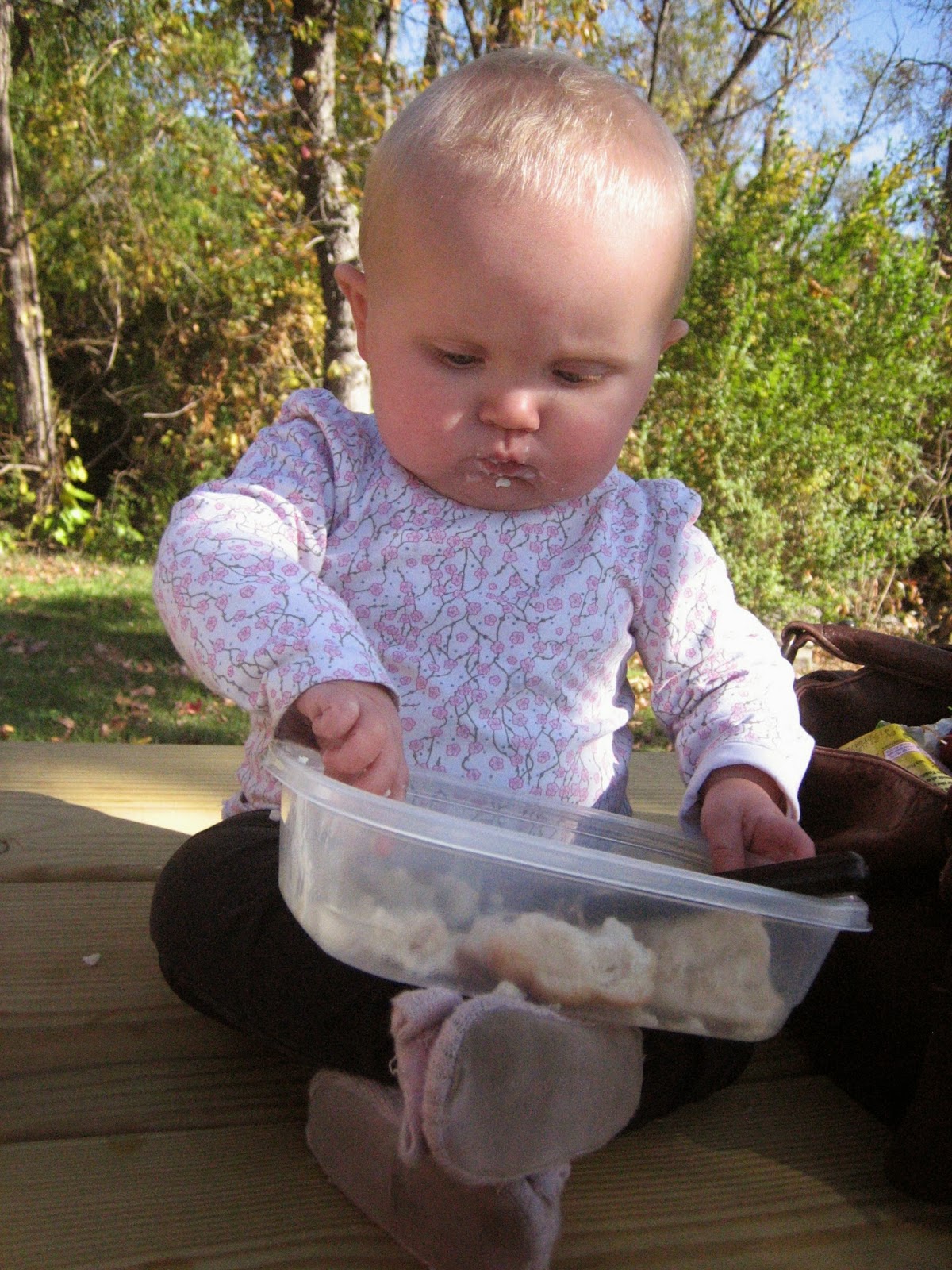 Look at how neatly crossed her tiny feet are!
In her car seat, in her high chair, playing with toys that's how we can find her little feet.

I would call Hadleigh fiercely independent.
She wants to do anything and everything by herself. She's even starting to show interest in dressing and undressing herself. Oh man- we're in for it!
She wants to hold her own food, drink from a normal cup, use big forks (not toddler ones) etc…
"I can feed myself, thank you very much!" 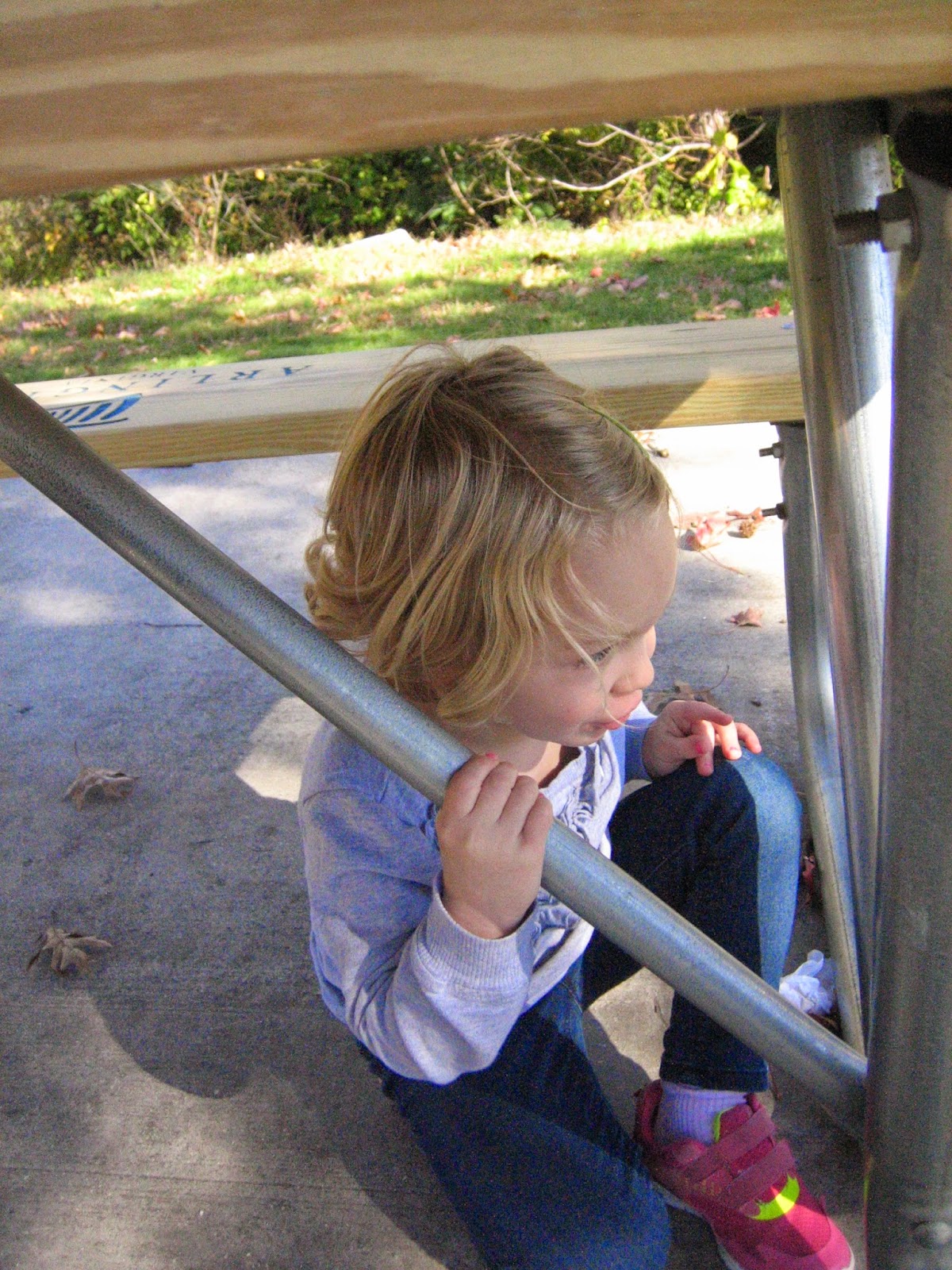 And Taryn who loves to be under tables instead of sitting at them and eating her food.
If we can get her to sit through a meal, it's like the biggest deal ever! 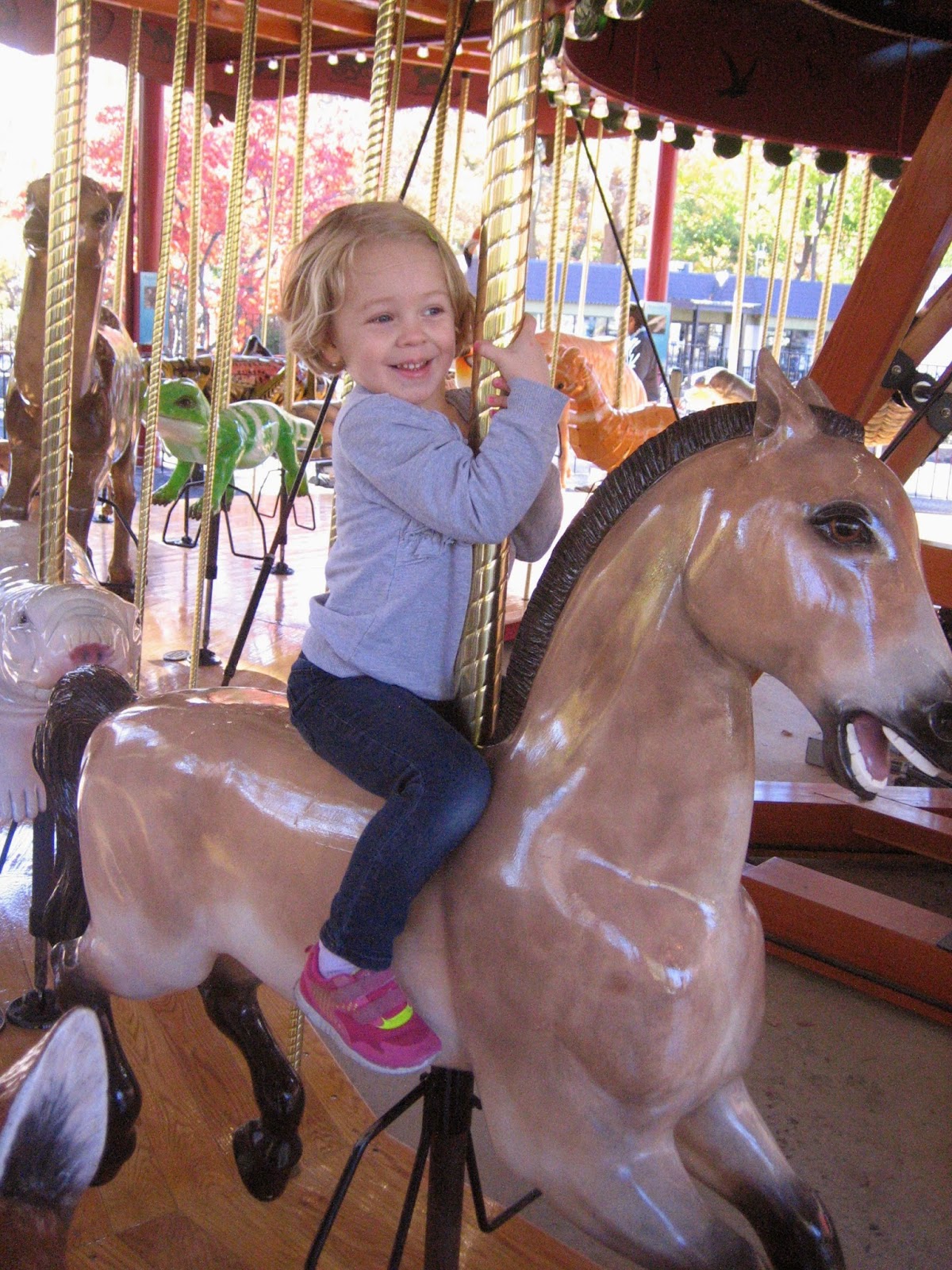 When we got to the zoo, Taryn got to take a ride on a horse she named "Faster." because I just happened to have the $3 in my wallet and I thought this would be the last time she could ride it until spring. She was very excited!!! 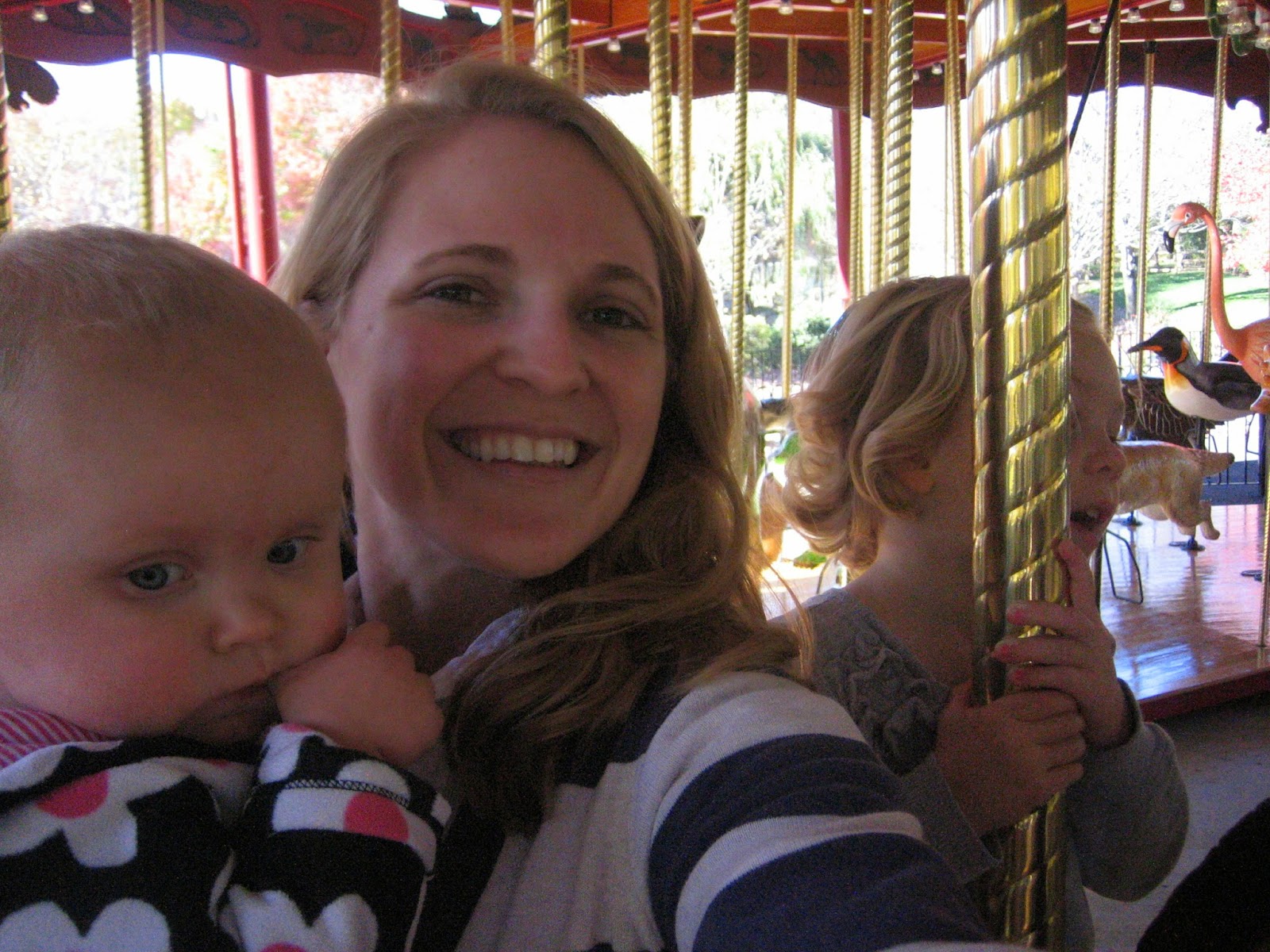 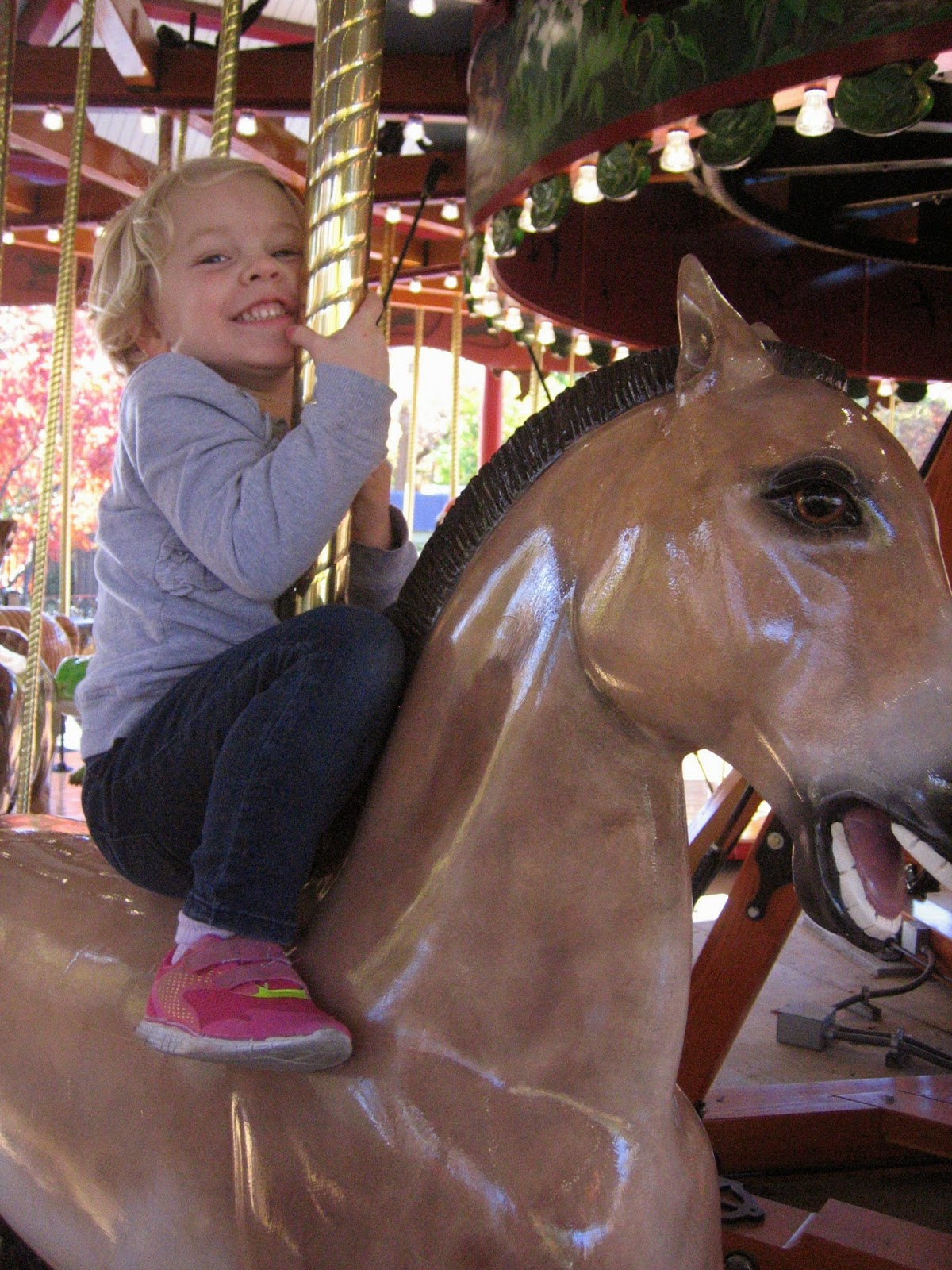 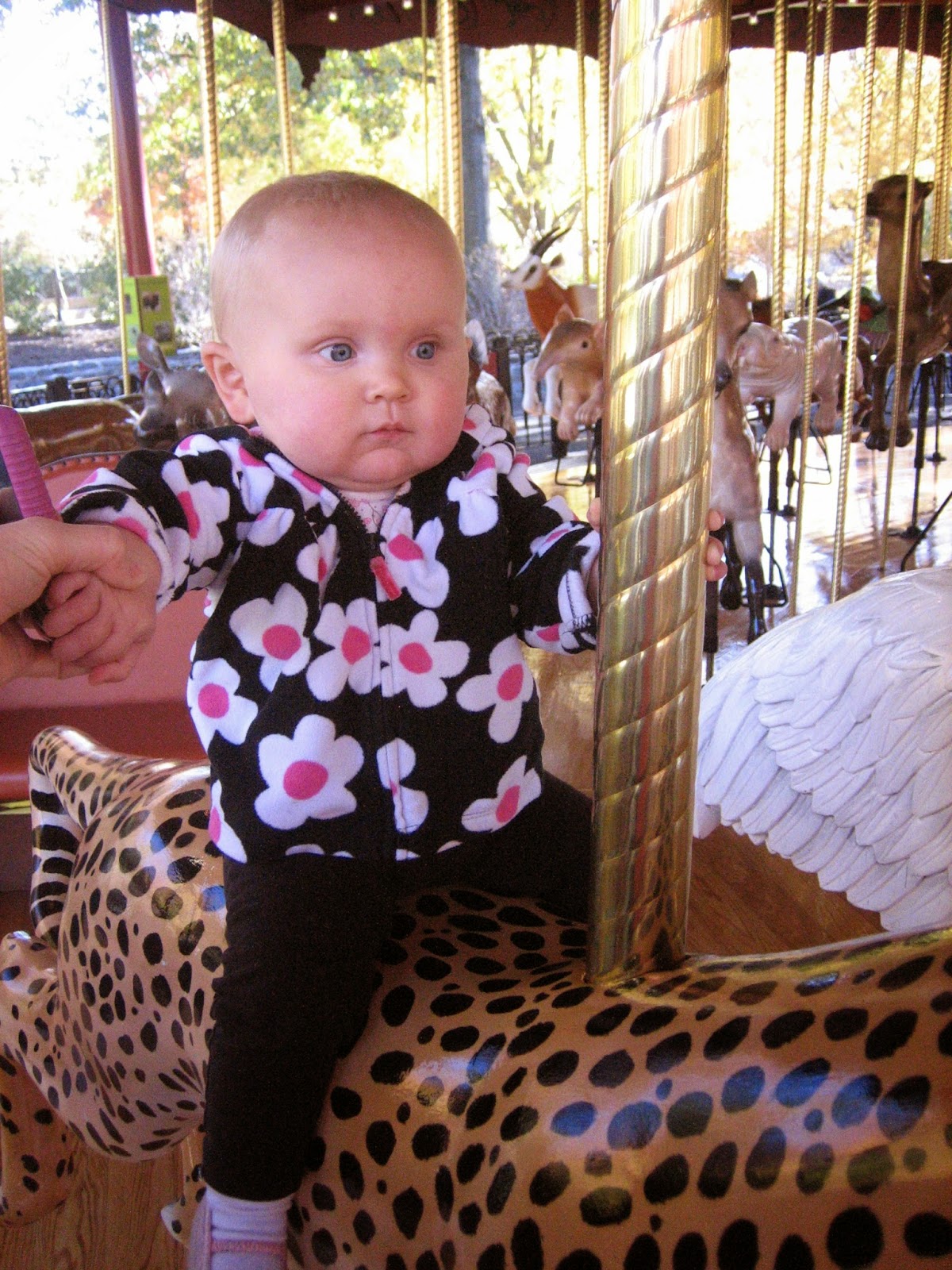 Hadleigh was saying "Oooh! Dat!" and lots of other fun sounds as she saw each animal.  Though I didn't catch it in the above picture, she was so happy to be on that cheetah (for a few seconds) 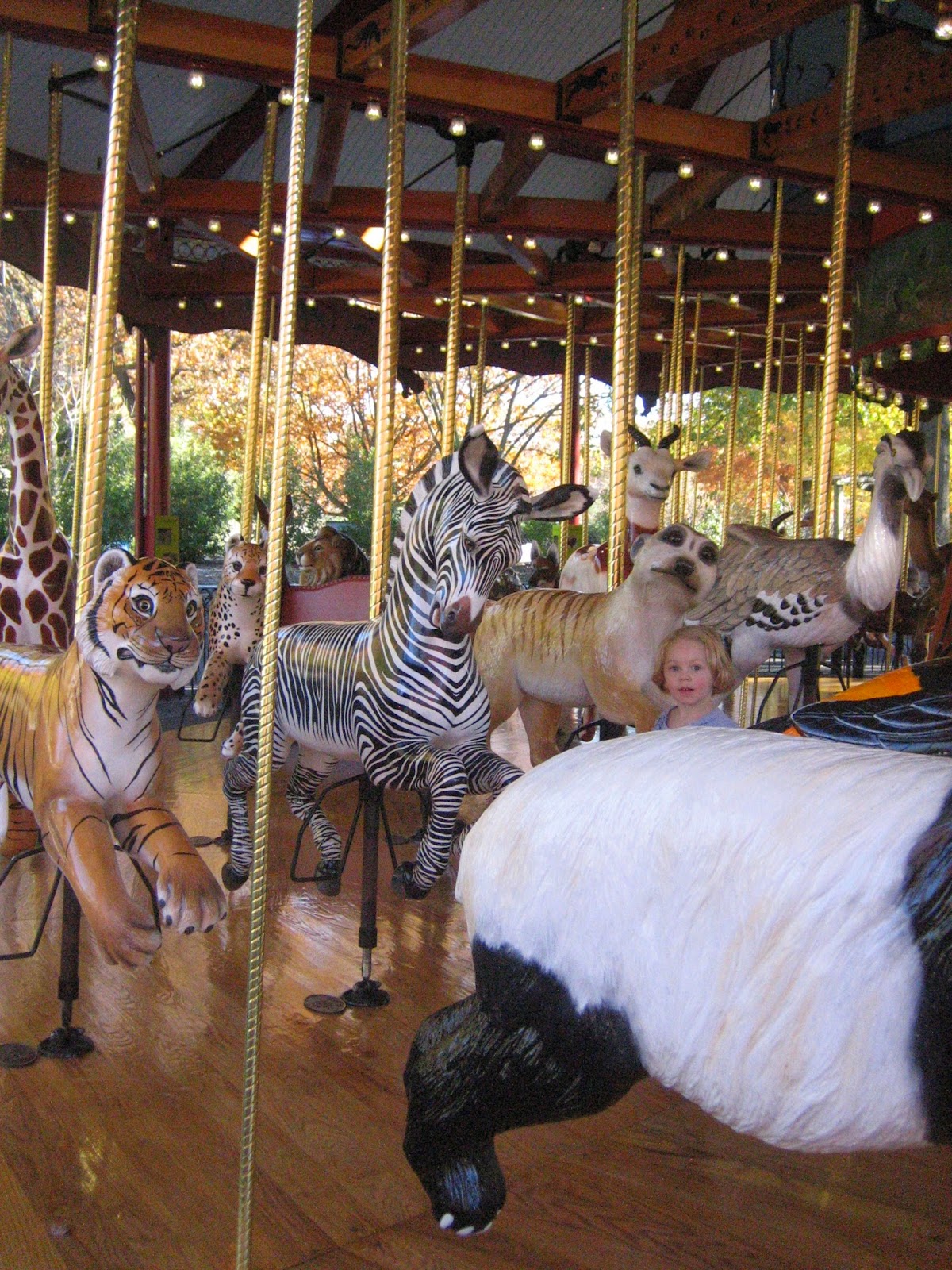 I spy Taryn picking her animal 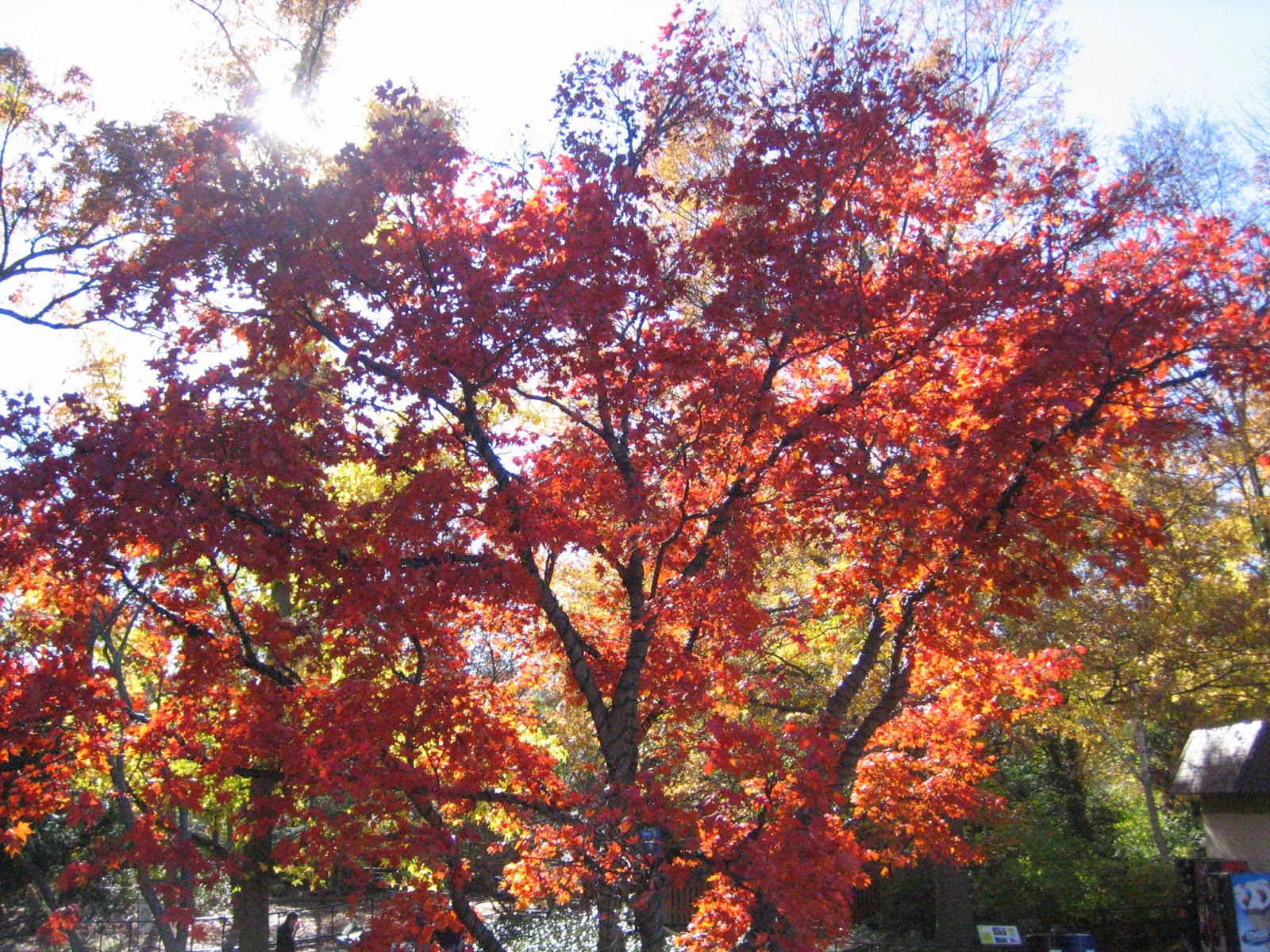 These fall colors are amazing! 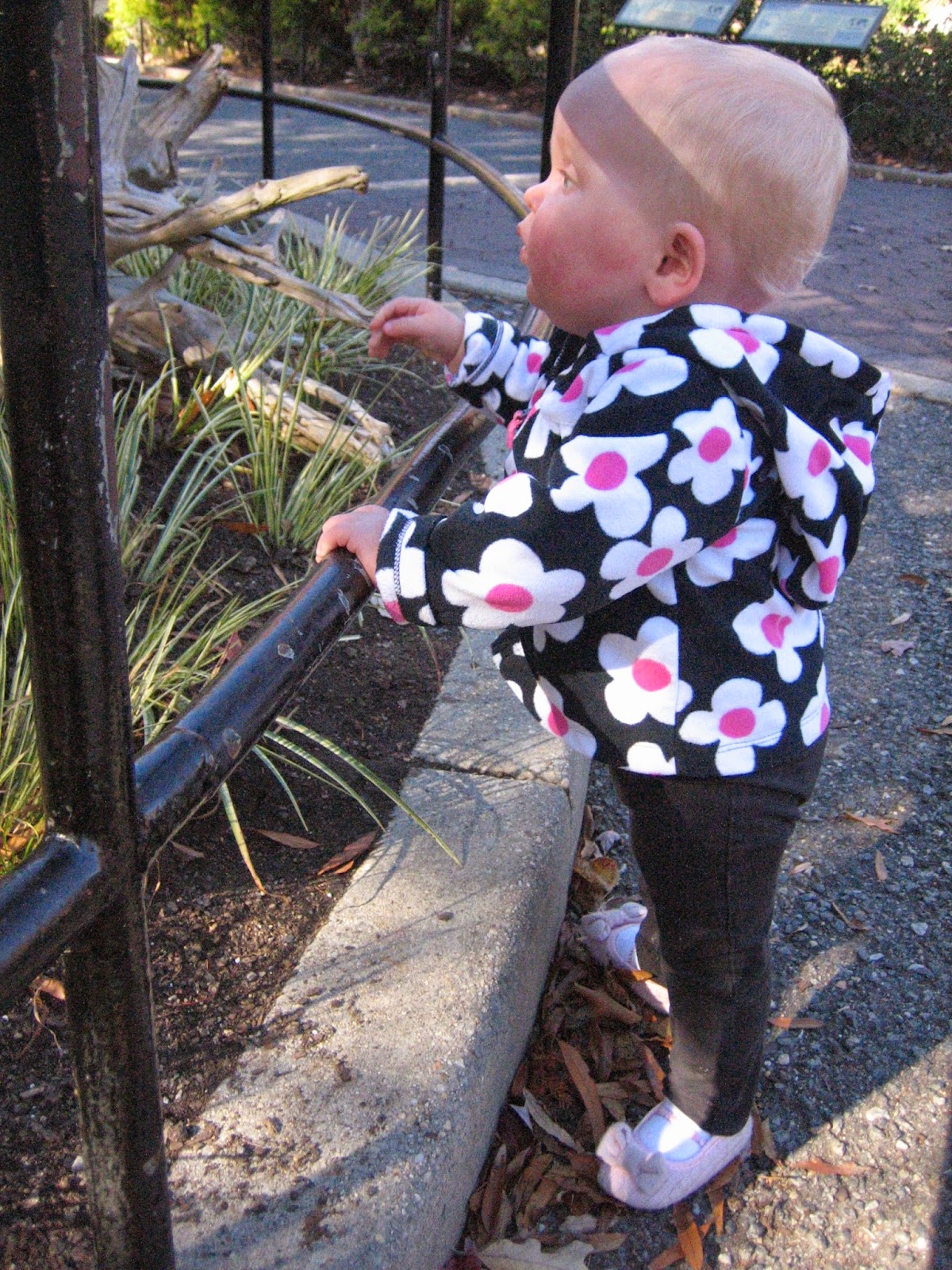 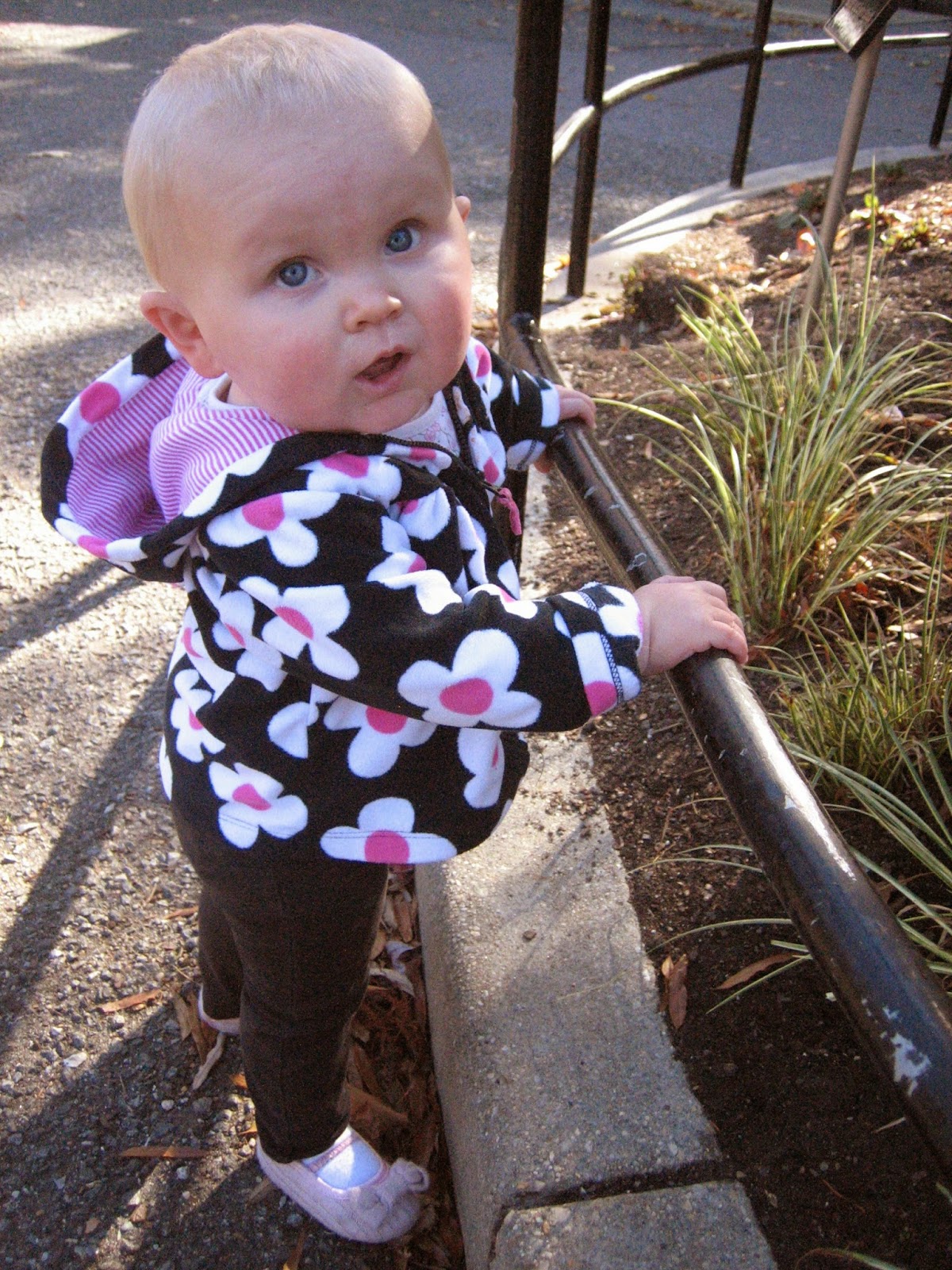 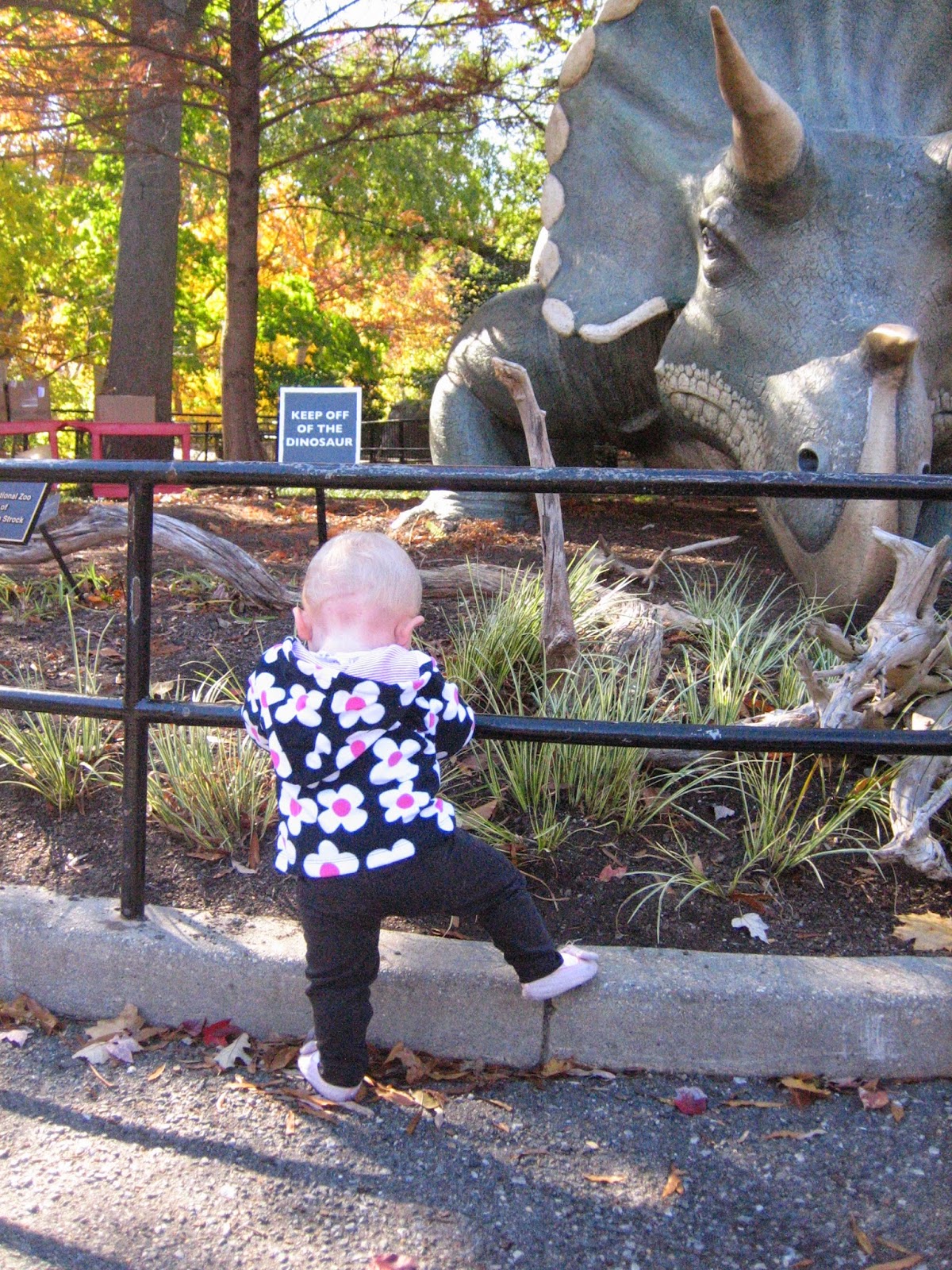 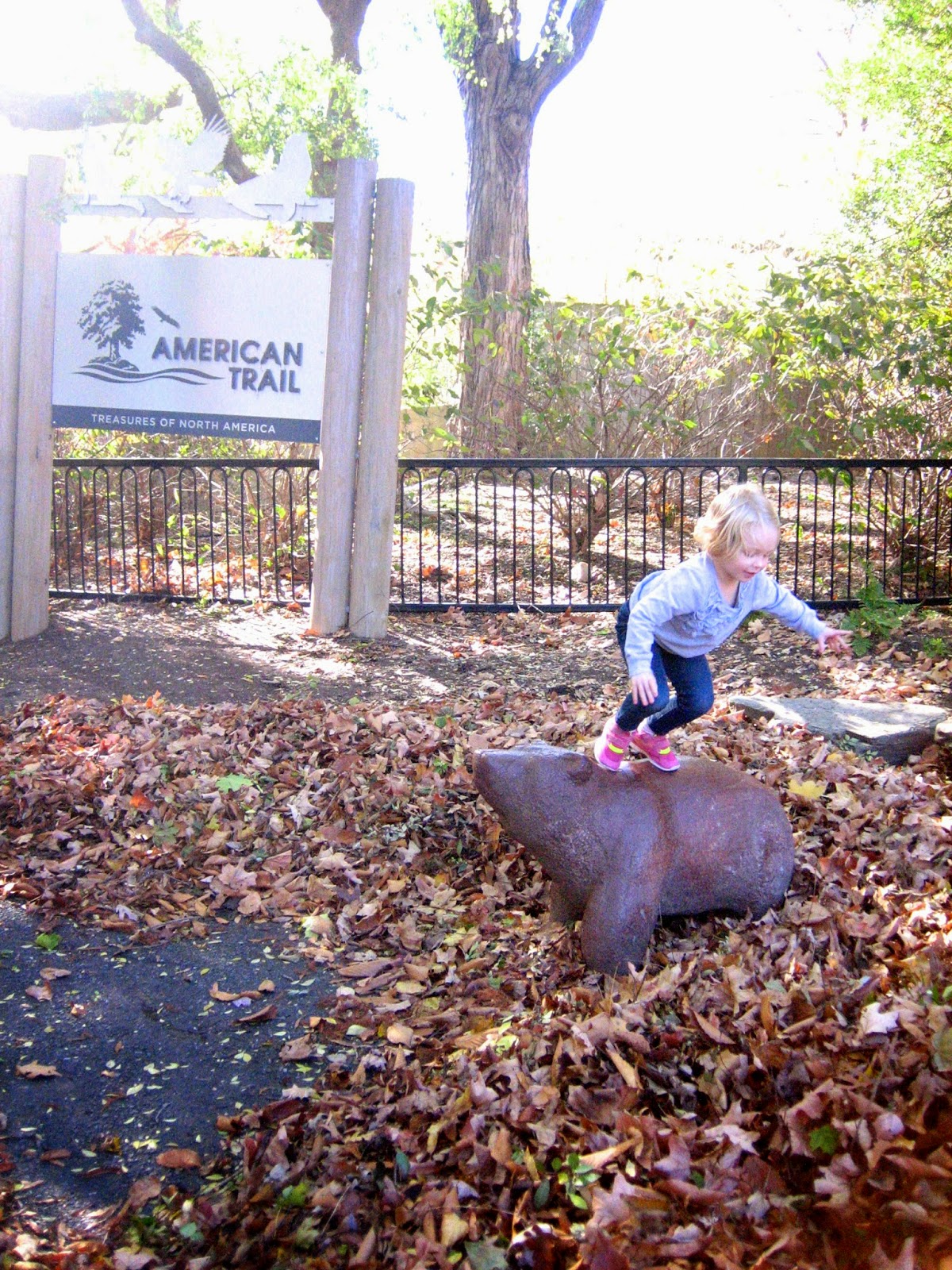 Taryn found these giant leaf piles that were actually quite deep. 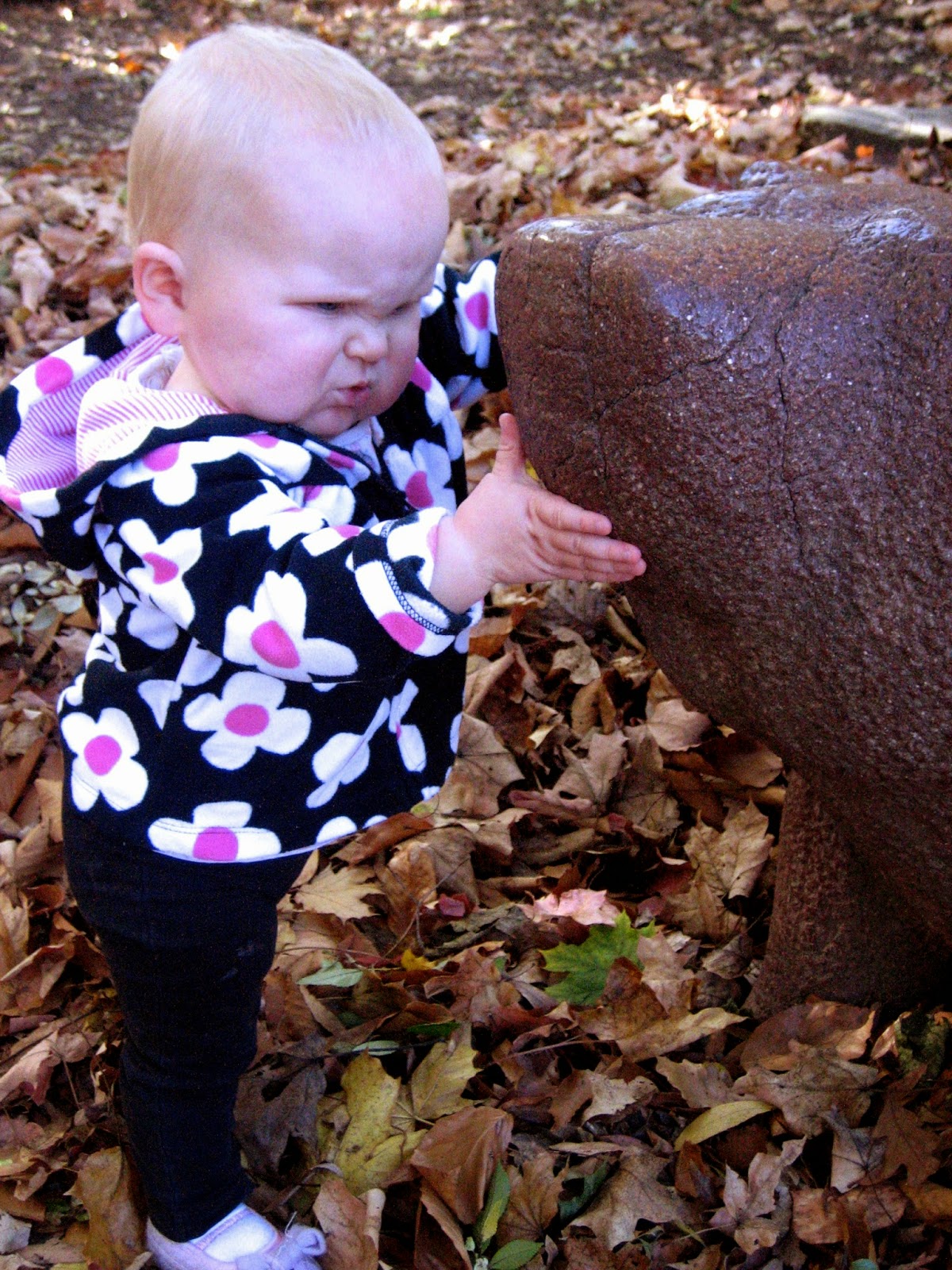 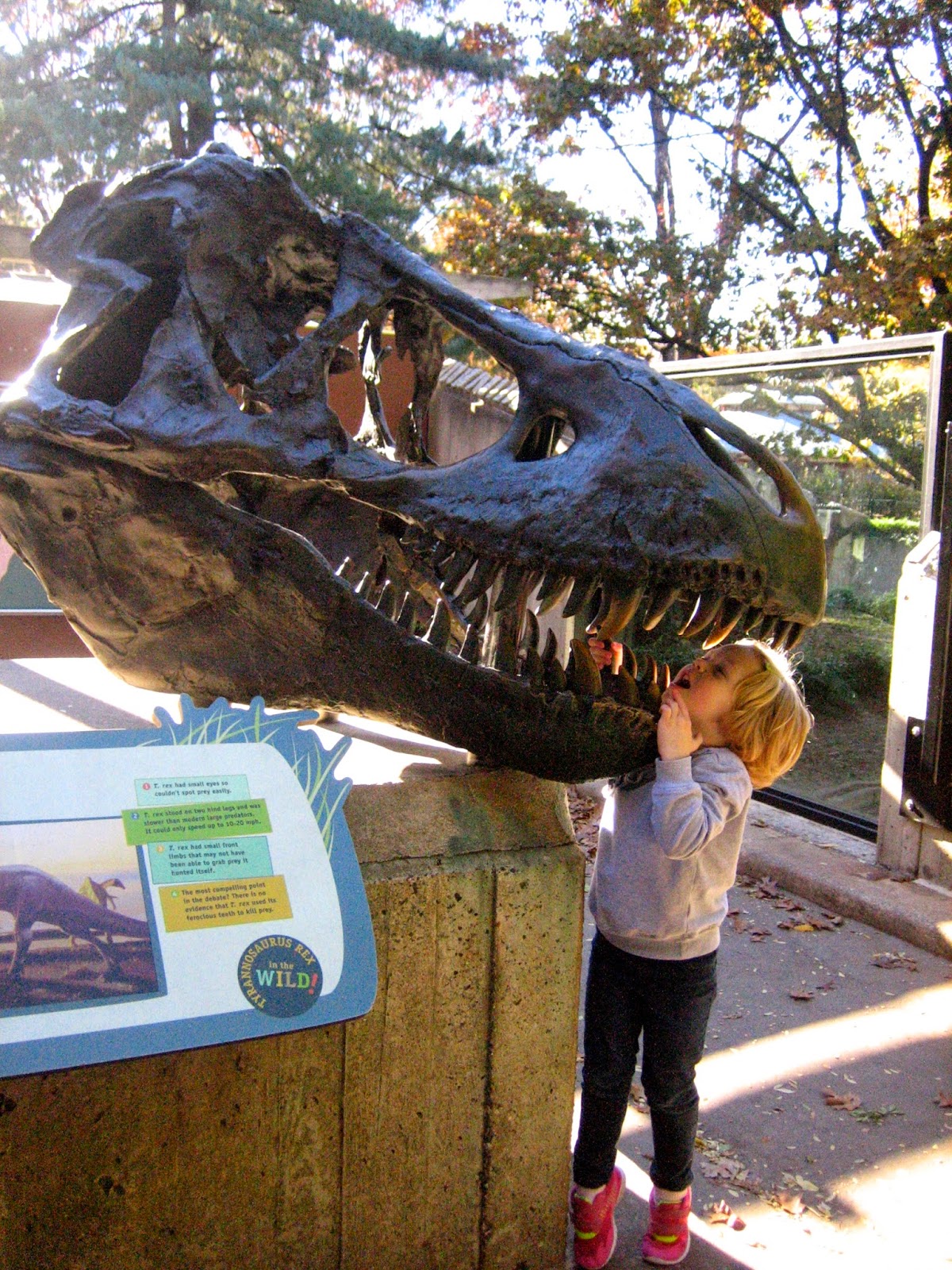 
And then on the way home, we drove through a portion of Rock Creek Park. It's beautiful anytime of year, but my goodness! Look at those fun fall colors! 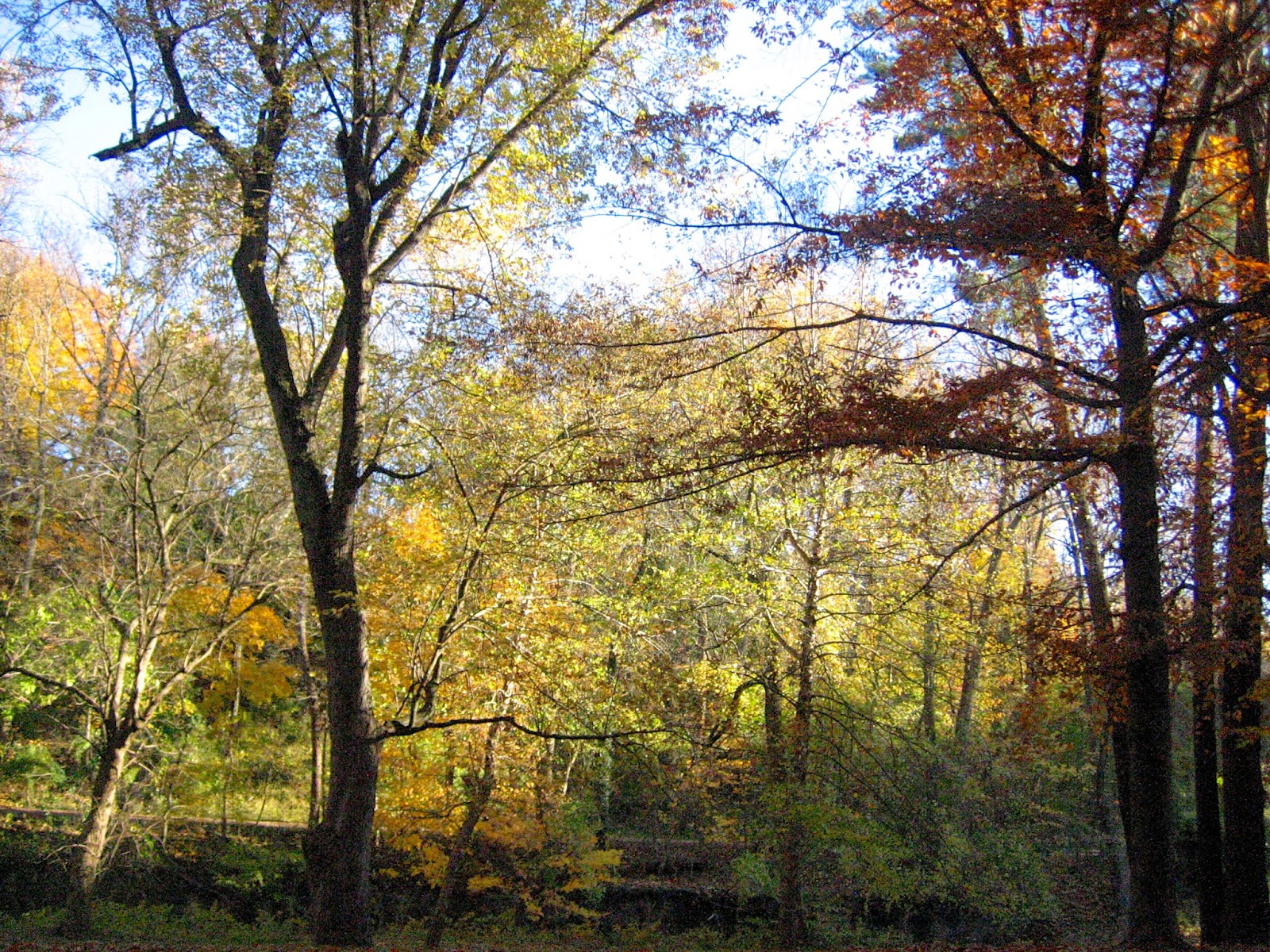 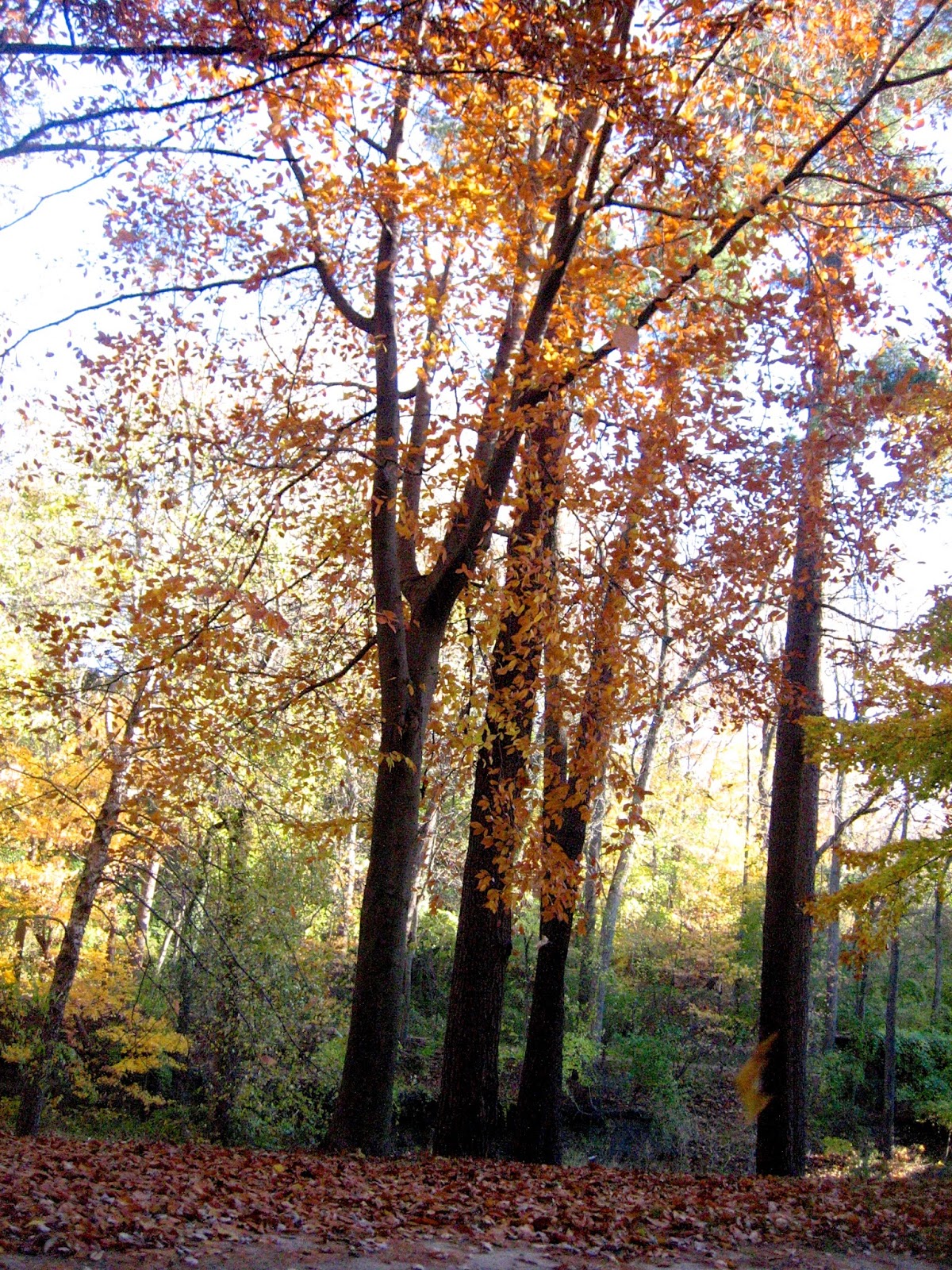