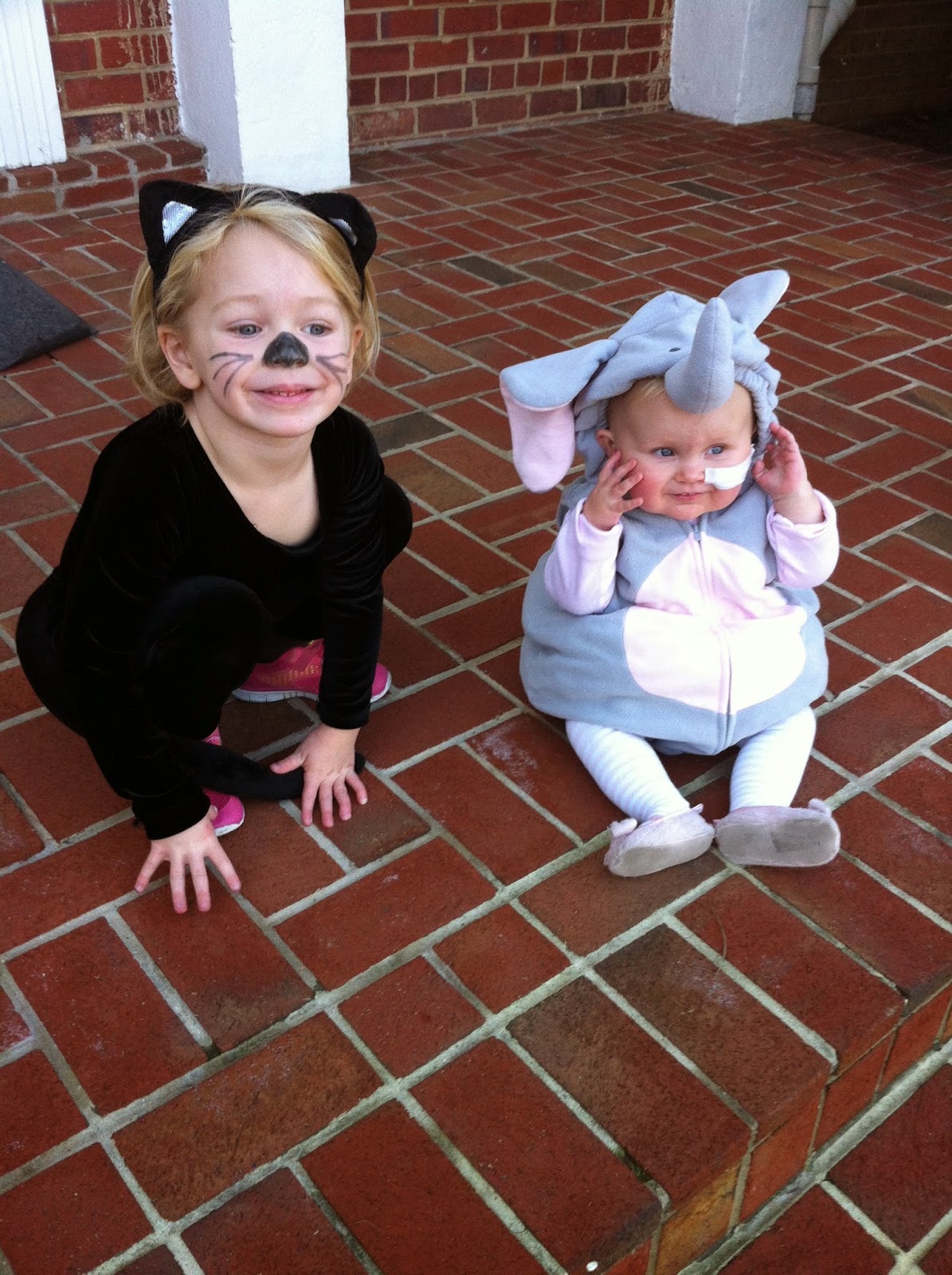 Our little kitty was so excited to dress up for Trunk or Treat and Halloween.
This year was so much fun with Taryn! She is the perfect age for holidays and we are soaking it all in! And let me tell you, there was no better black kitty cat then Taryn. She was in full character- meowing, licking her "paws" and running on all fours (which she is crazy good at and does all the time!) Several people turned the corner thinking there was a real cat and were surprised to see Taryn!
Hadleigh was happy to oblige with her puffy (but oh soooo cute!) elephant costume. 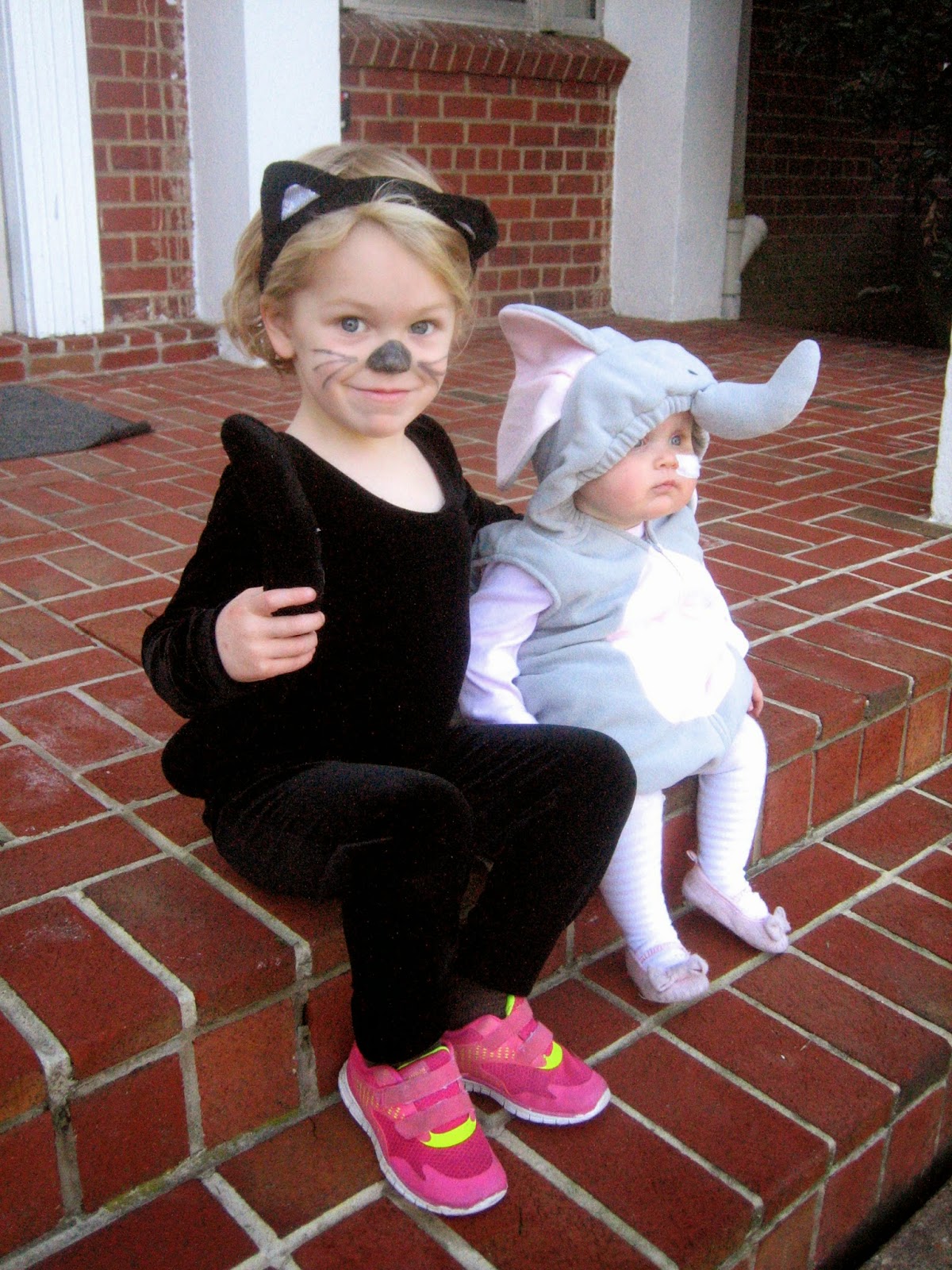 I love this picture of Taryn wrapping her arm around Hadleigh, and Hadleigh looking like such a big kids with her feet just dangling off the step. 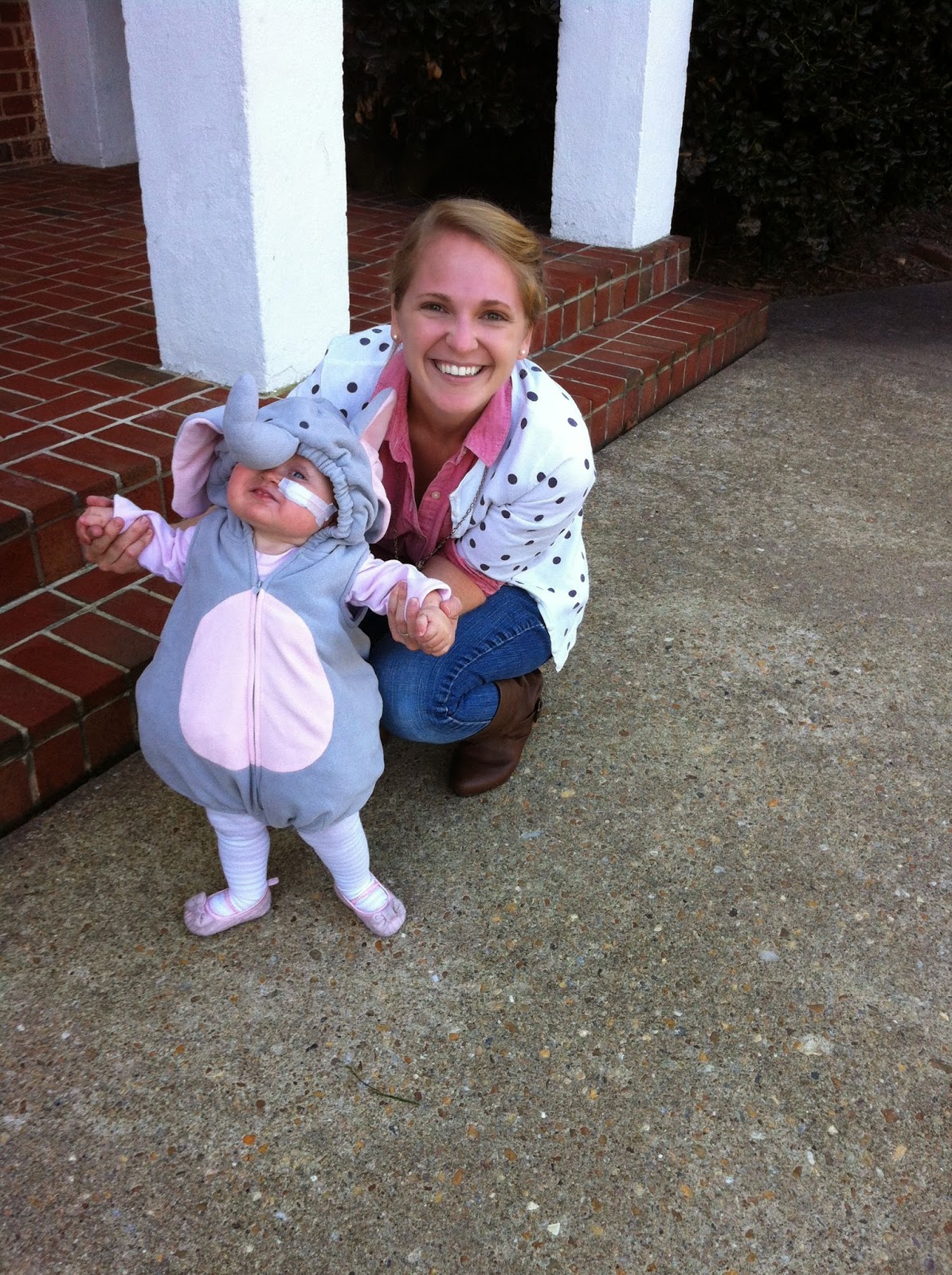 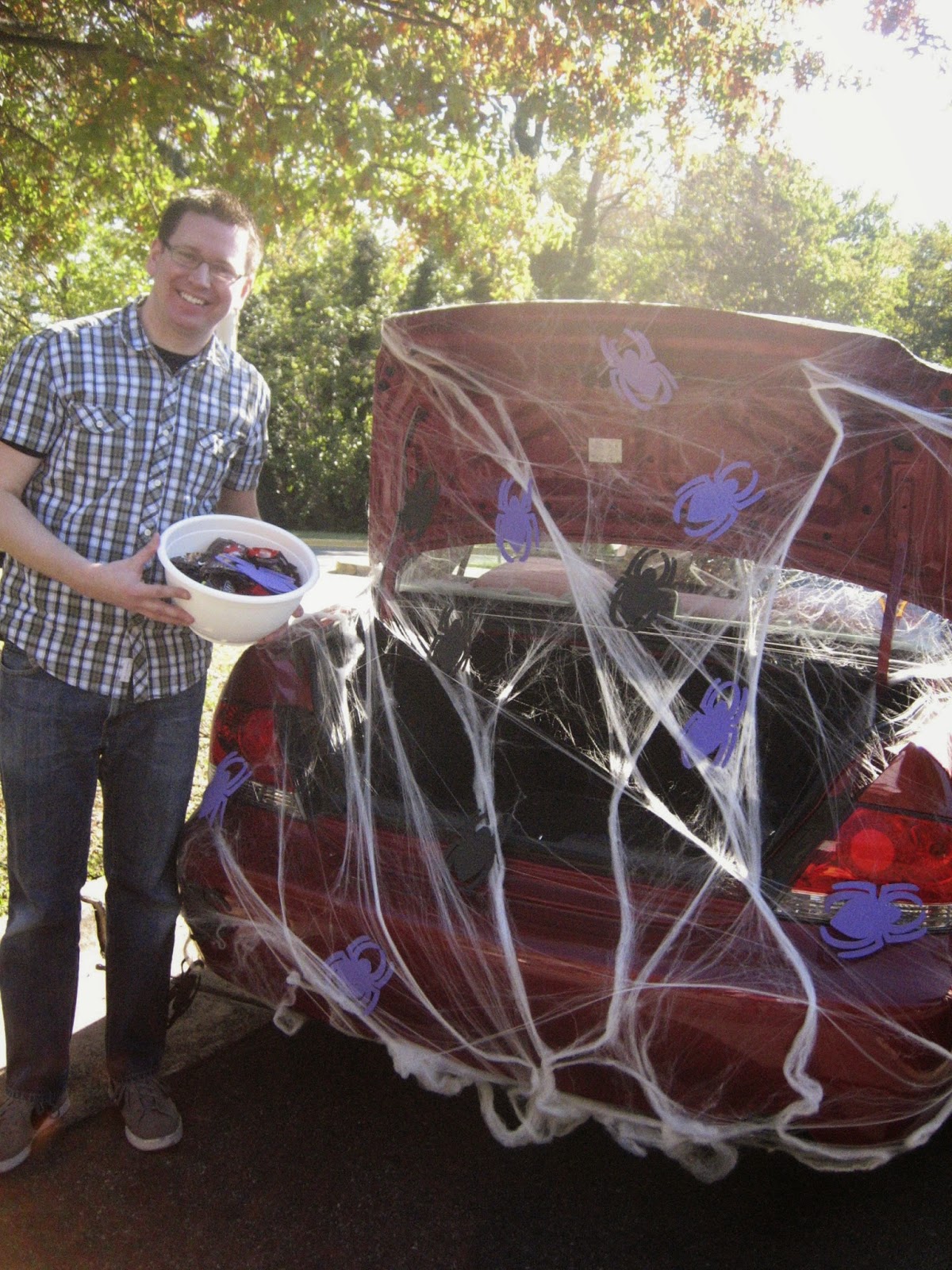 This is the first year we participated in the Car portion of Trunk or Treat and Tyson was more than happy to take over decorating. He did such a great job! 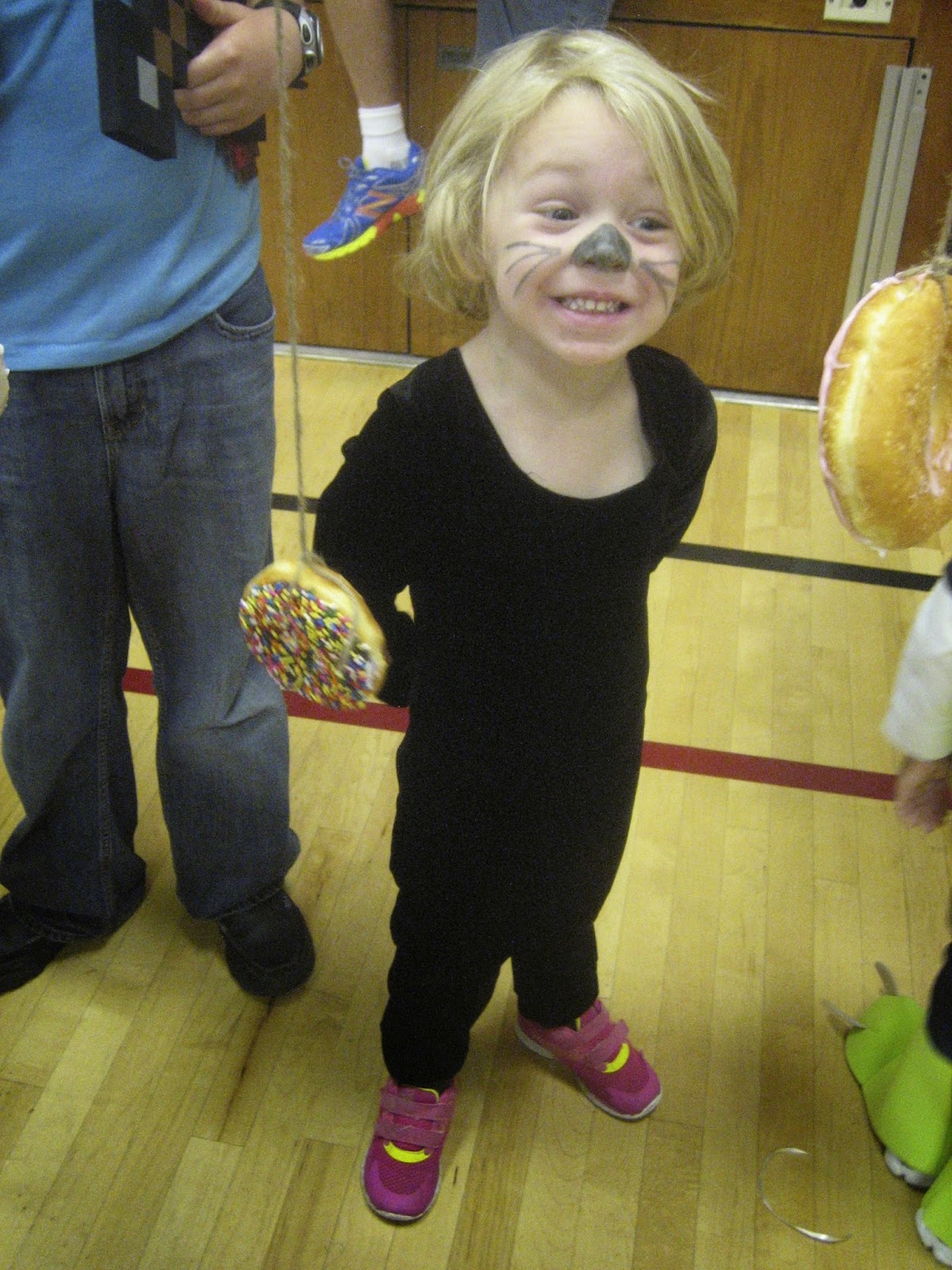 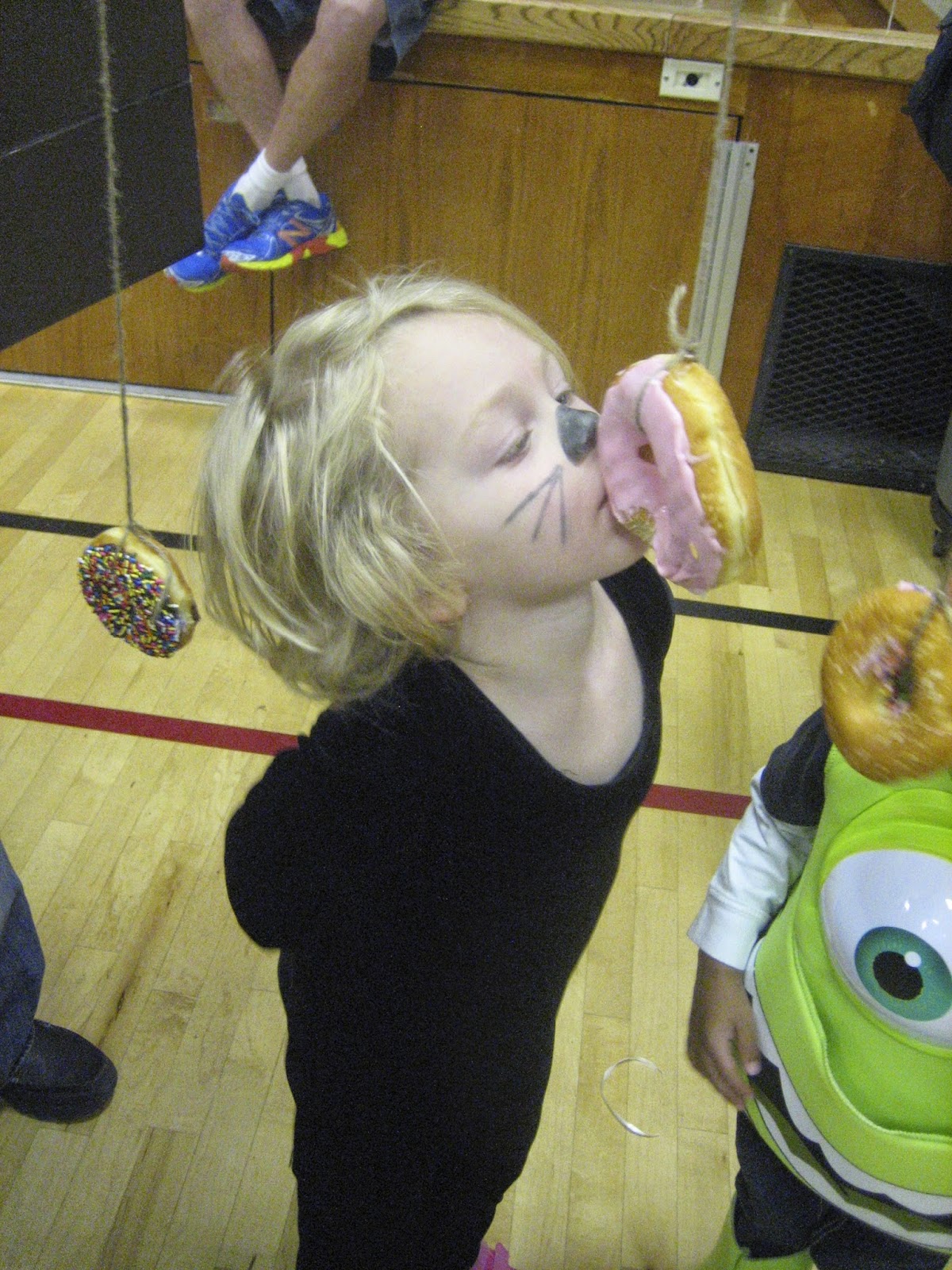 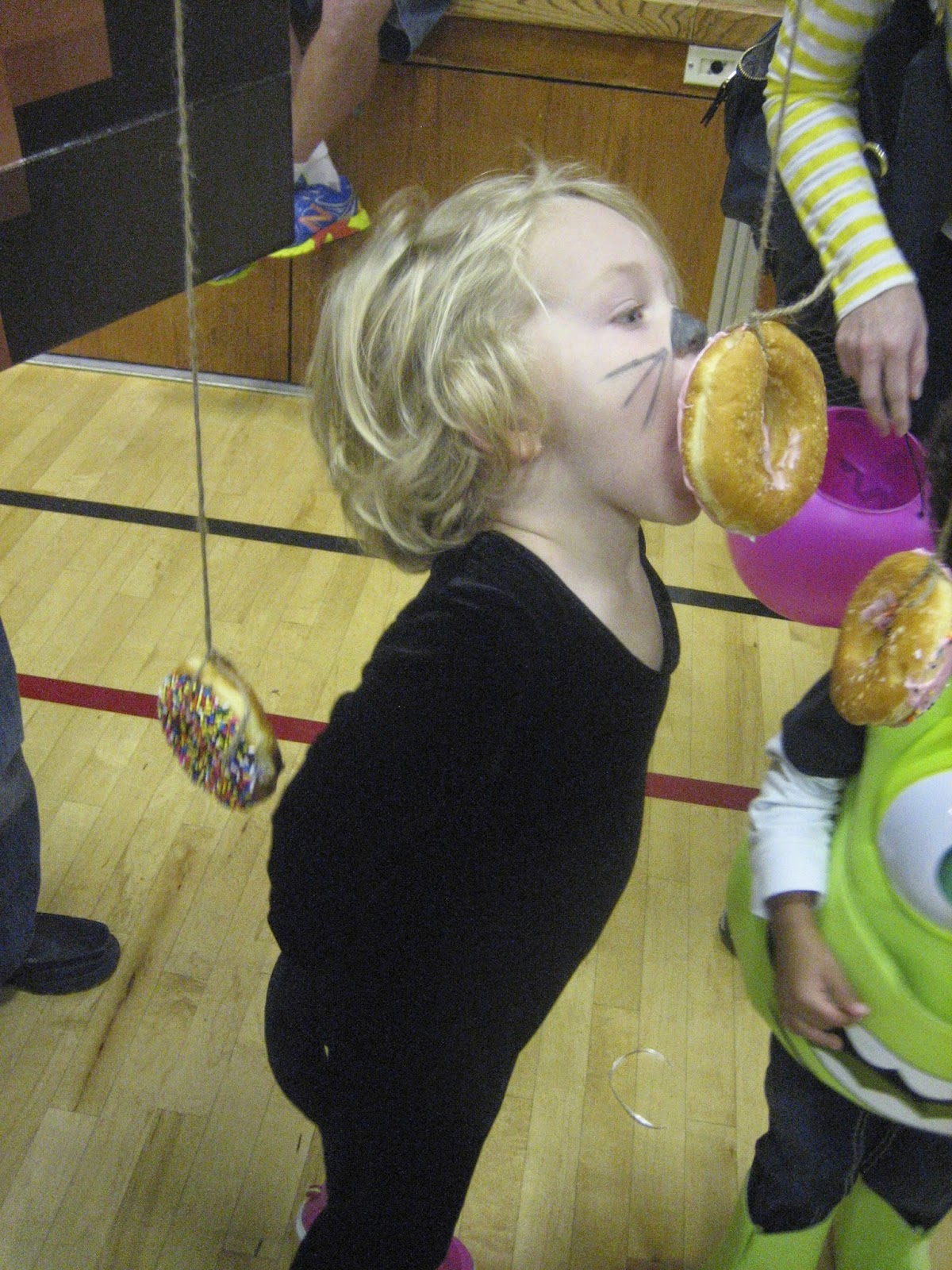 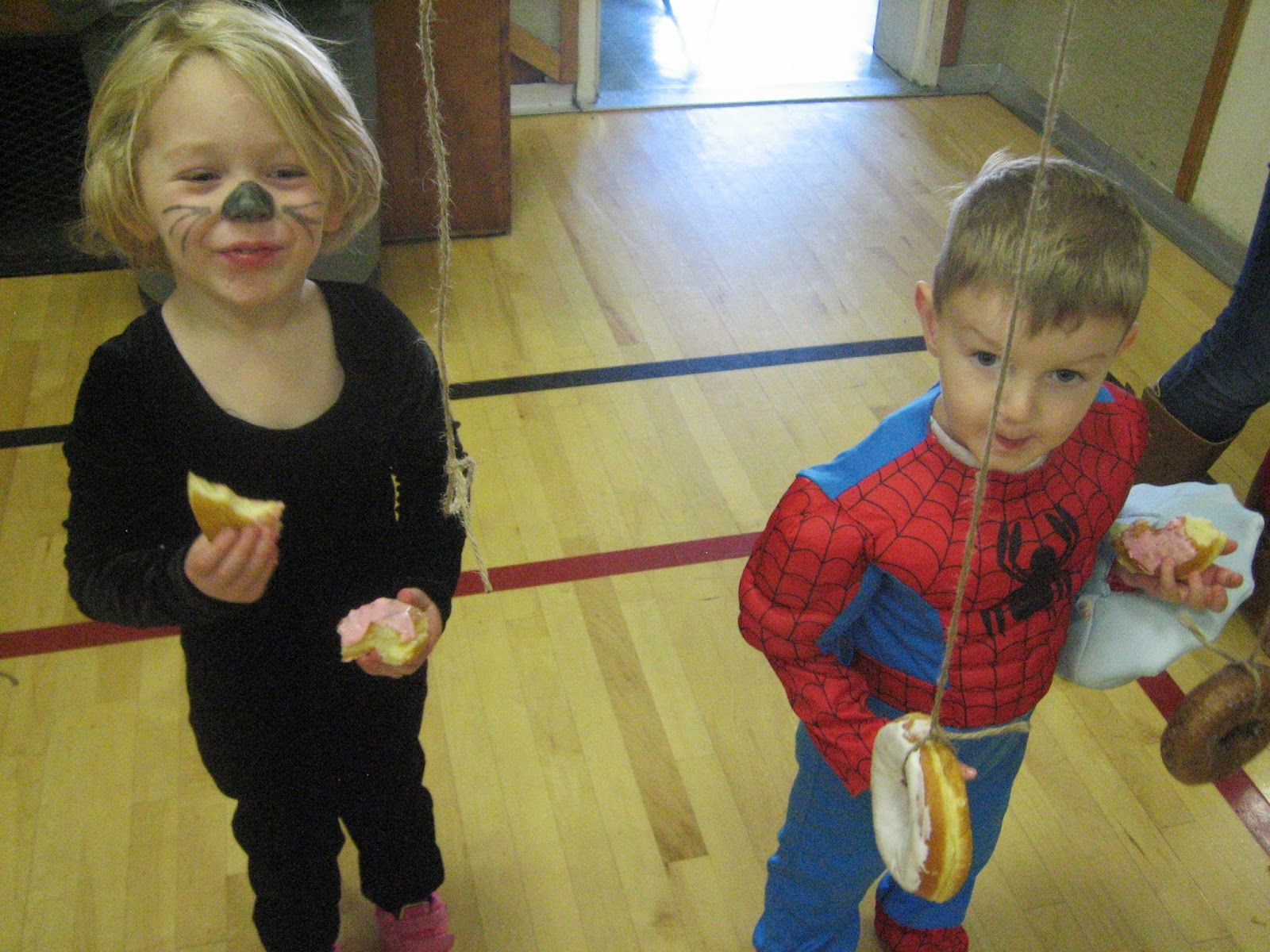 Taryn amazed me at the donut eating contest. Last year, I was nursing our newborn Hadleigh so Tyson reported to me how well she did at keeping her hands behind her back and trying to get the donut off the string with only her mouth. This year I got to see it in action! That's not an easy task for 3 year olds! She's such a good girl :) 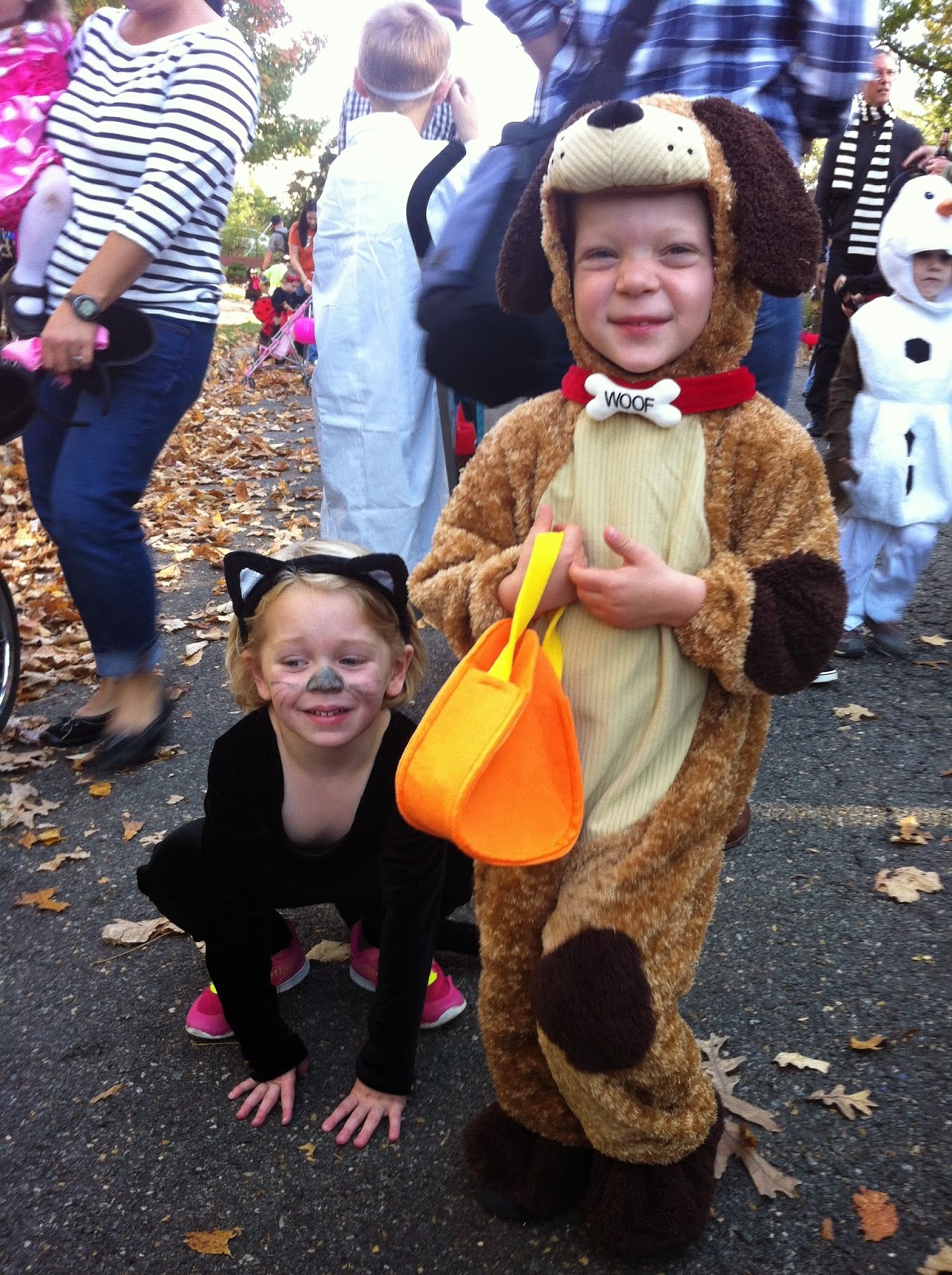 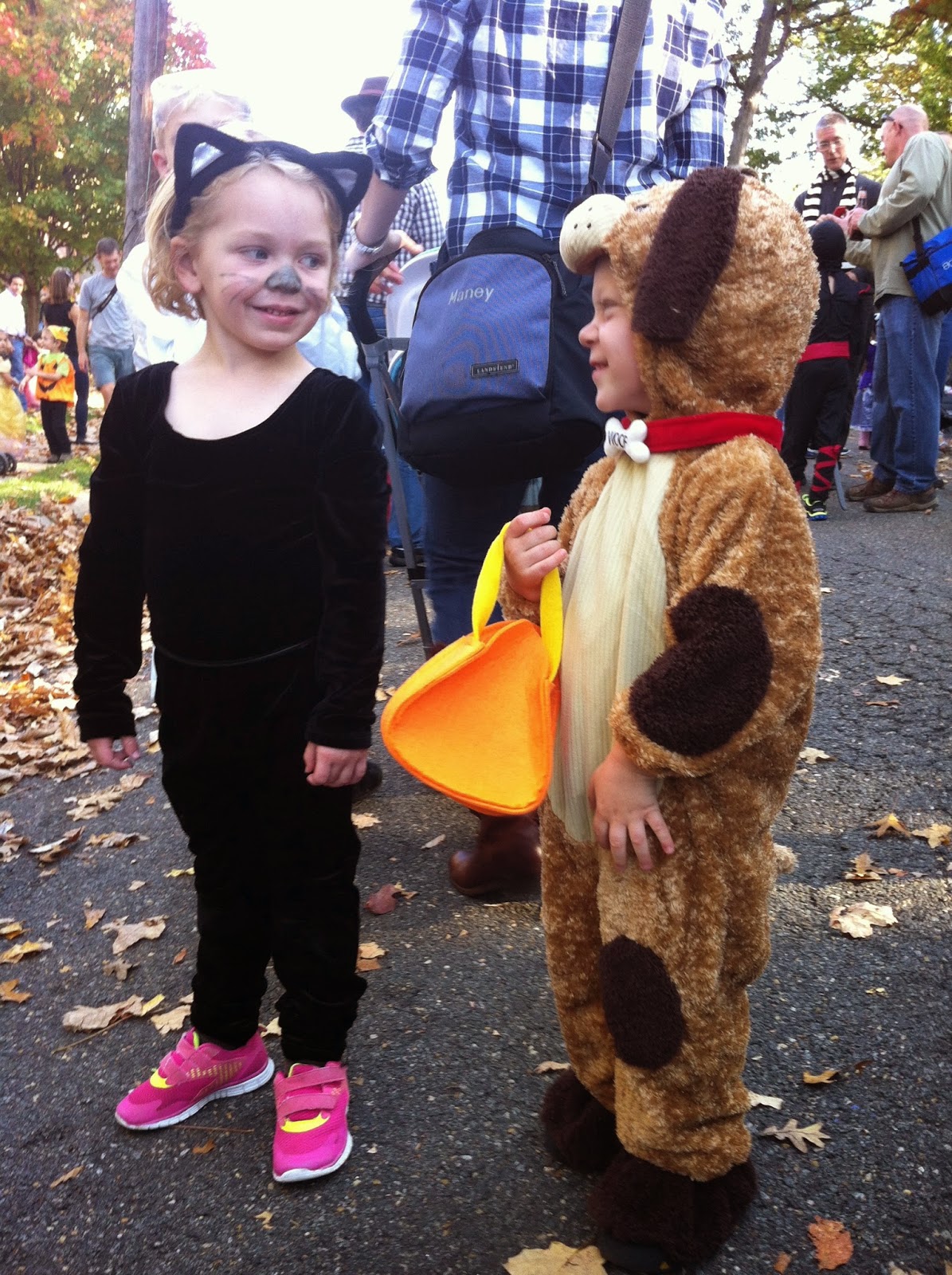 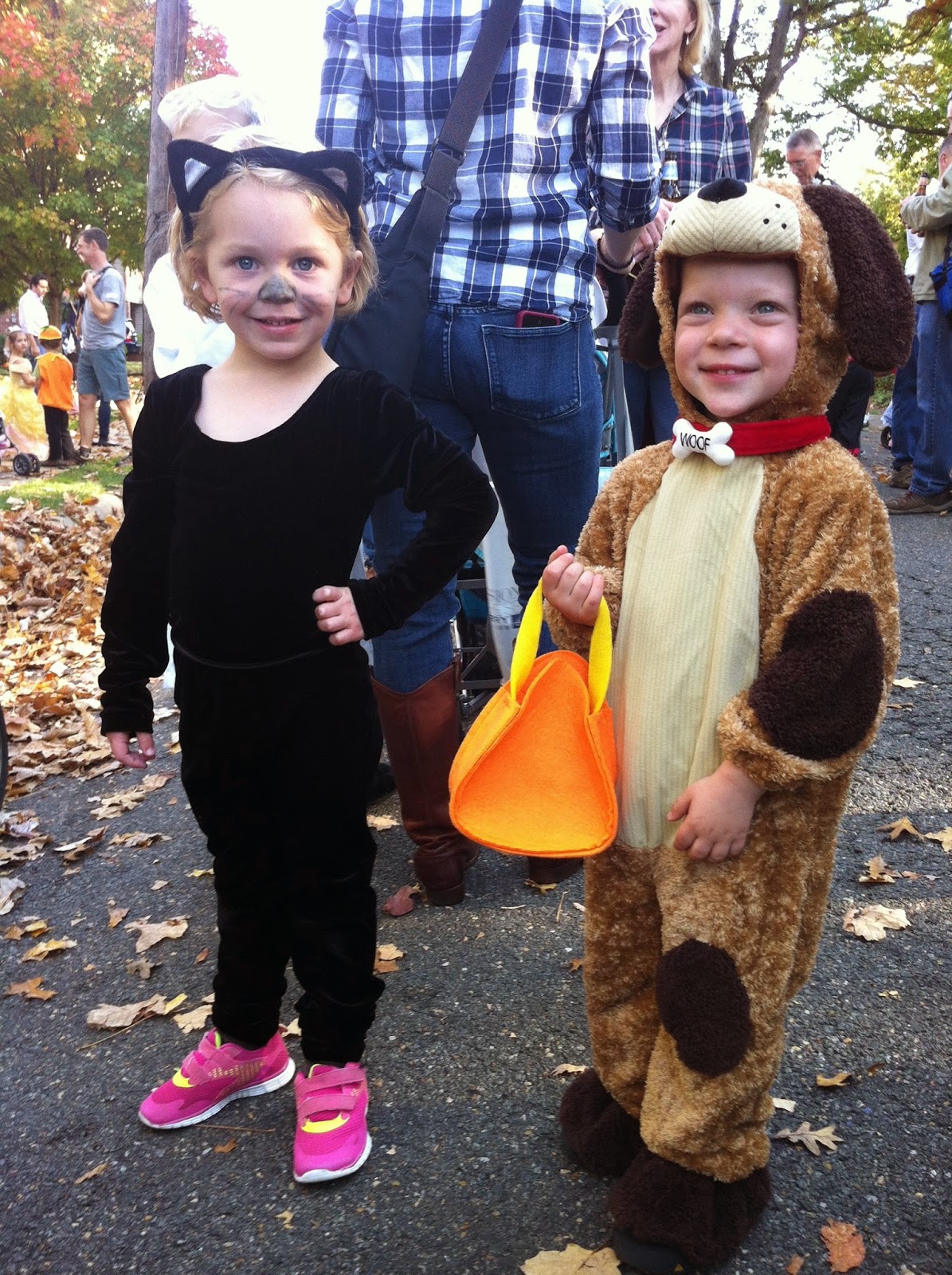 We joined in on the very fun neighborhood parade! With great friends, we enjoyed walking behind the firetruck which led the parade around the neighborhood while chatting away. The weather was a perfect Fall crisp day- have a mentioned how much I LOVE living here- especially during the Fall!!! 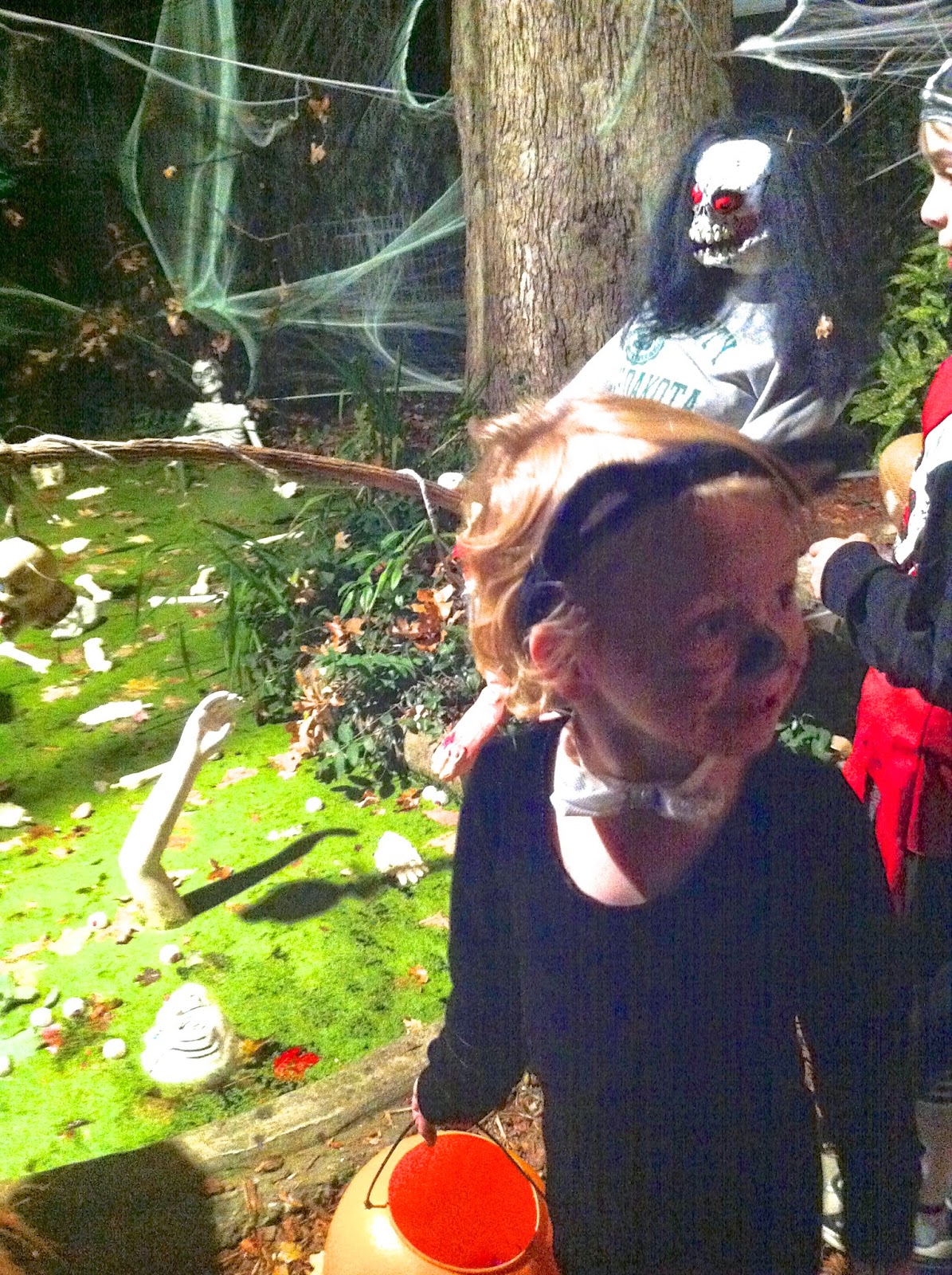 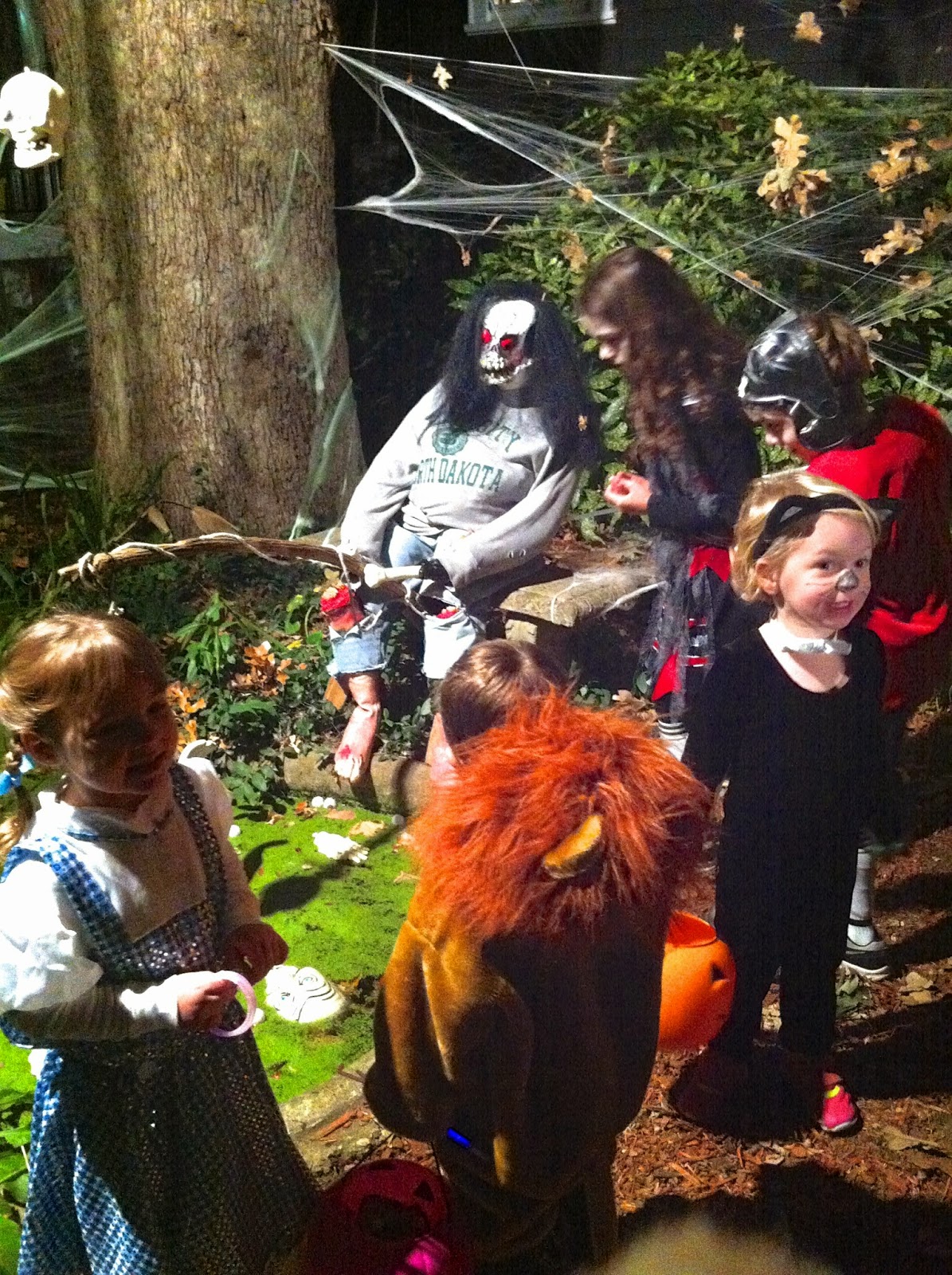 
On Halloween night we met up with friends and trick or treated with the best group of 3 year olds- so excited to get to the next door. Honestly, us parents had a hard time keeping up with them :)
Taryn came back to us after going up to a door and said, "I've got SO MUCH CANDY!!!"
Luckily, she does so well with candy.
I mean, what kid takes only one or two bites of their reese's peanut butter cup and then hands it over to us saying she's done?!?
Well, she didn't learn that from me! :)