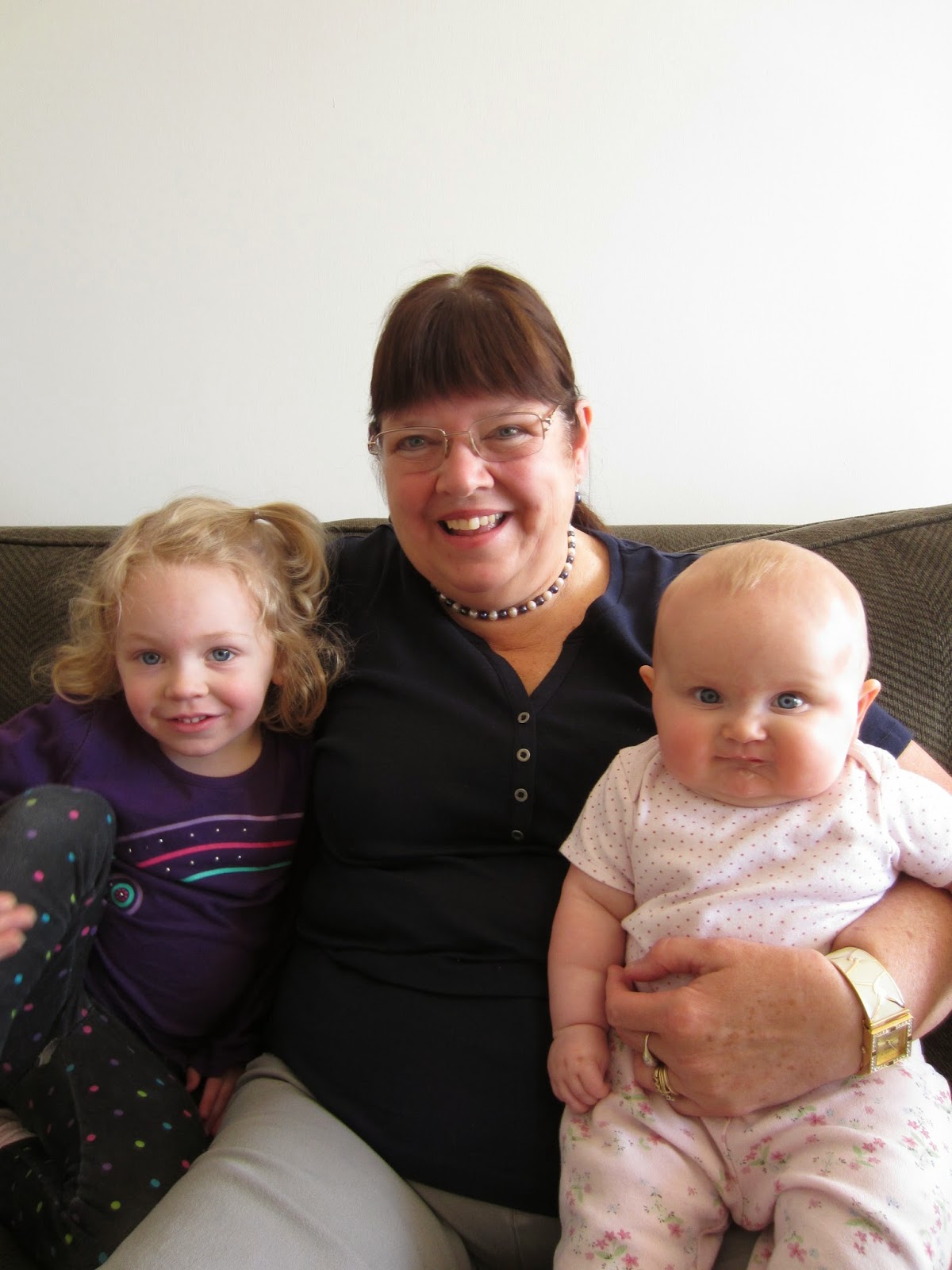 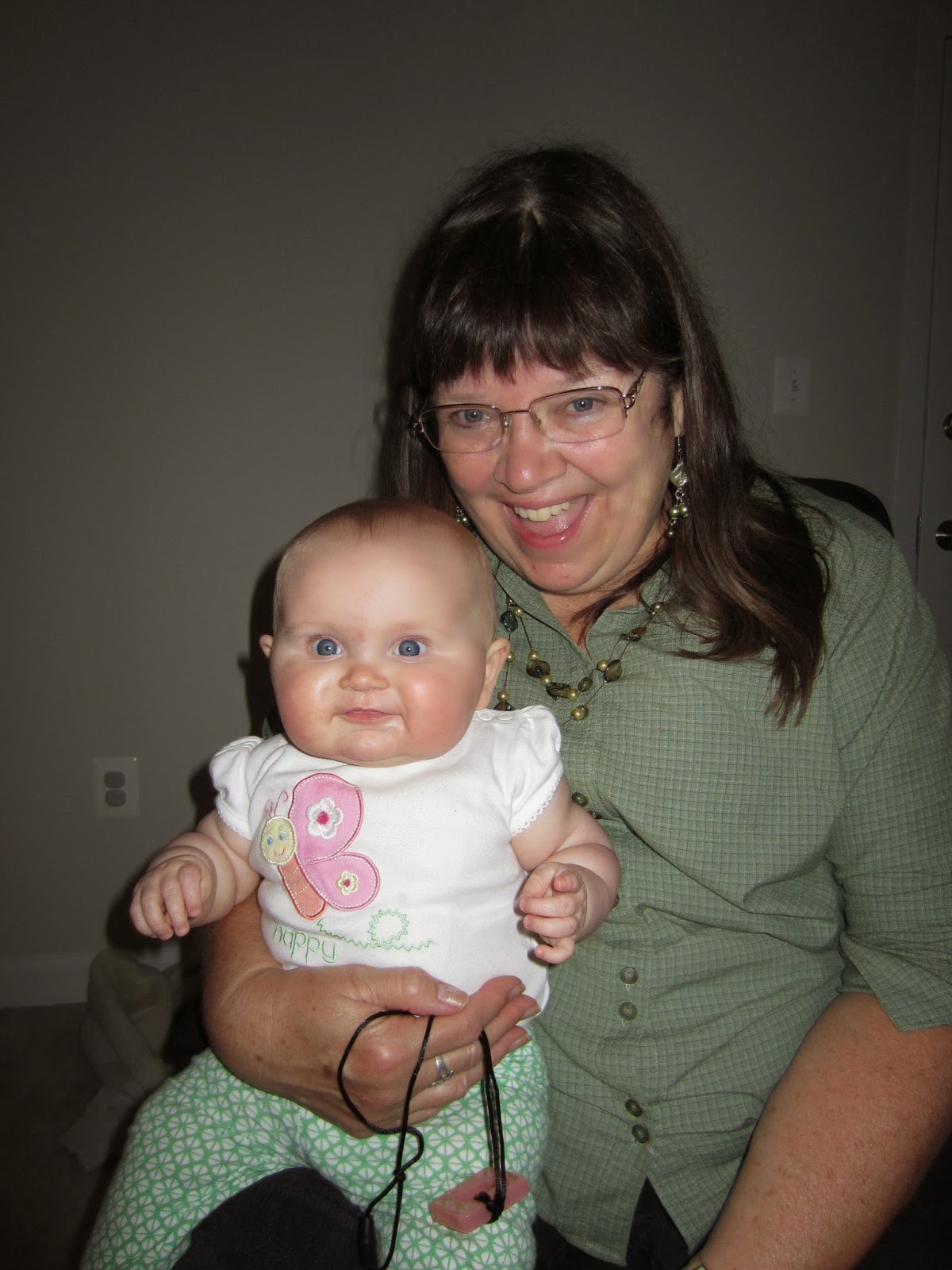 Hadleigh was so content in Grandmas arms all weekend long. Poor girl was still getting over a nasty cough but with Grandma, she was calm and happy.

Taryn woke up early each day and would say, "Mommy, it's sunny time! Time to play!!!!" Even though she was up later in the night than normal theses past few nights playing with grandma and friends, Taryn still managed to wake up bright and early- earlier than us which is weird!!- and wanted to play with Grandma. It's a lot more fun when Grandma helps dress you, plays catch with you, and does anything with you, really! Grandmas are just so much fun! She missed Grandpa a lot and constantly asked about where he was. 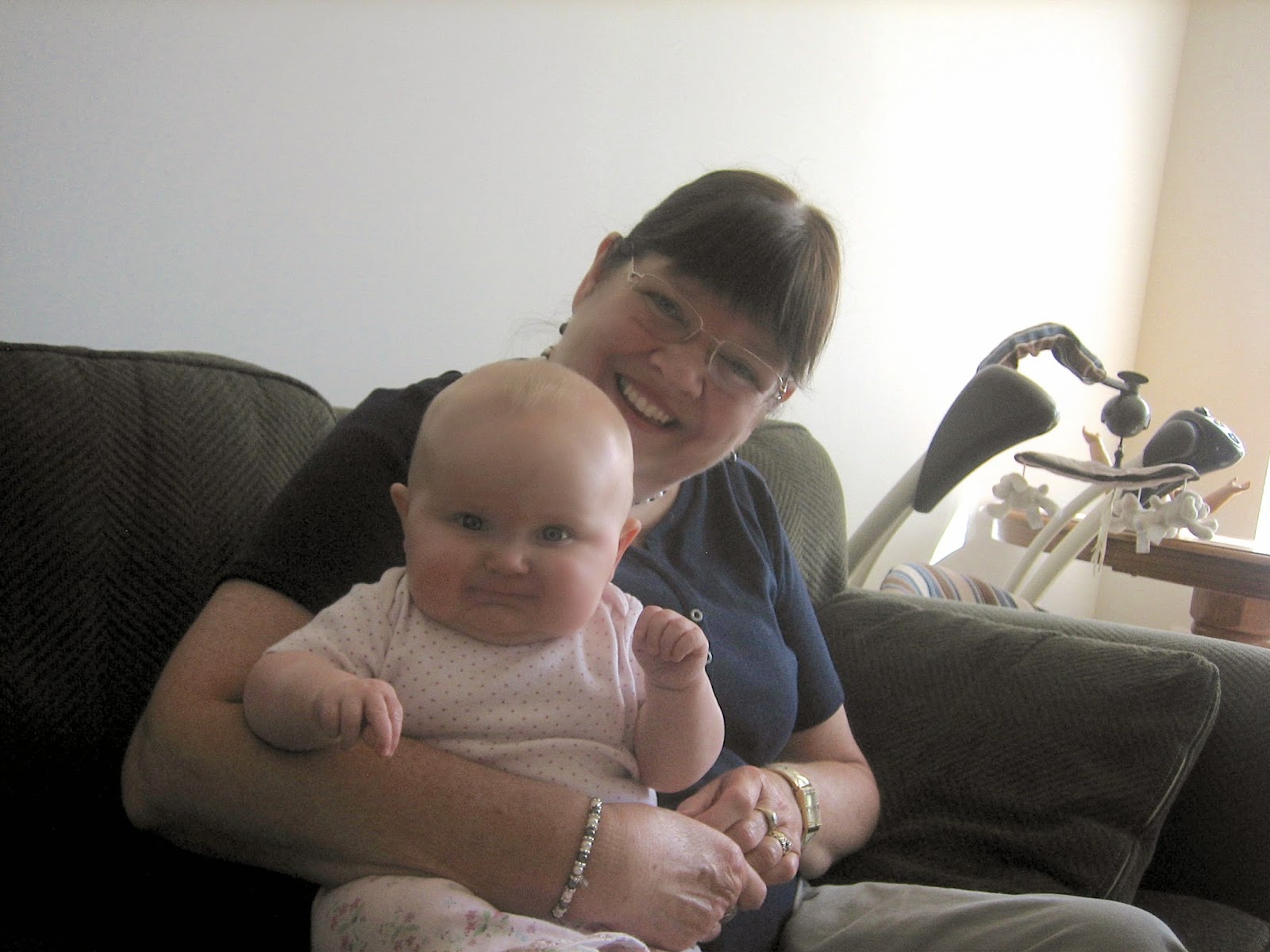 I can't believe it's already been a week since she left! Taryn always talks about her grandparents, cousins, and aunts- saying she wants them to come to our house. A few times a week she grabs any kind of bag she can, fills it with toys, and tells me she's leaving to visit her cousins, grandparents or aunts. It cracks me up every time! Oh how I wish it was that easy to see them!!