Spur of the moment picnic dinner - it came together with luck!

The idea hit me sometime in the middle of the day. I didn't really acknowledge it right away but then when Tyson called to tell me he was on his way home, I had one hour (his commute time) to throw everything together for a picnic. Not a big deal, unless you badly need to go grocery shopping as I did. Throwing those two projects together was a bit risky.
But Taryn sat in the grocery cart for the entire trip- THE WHOLE TIME! That NEVER happens!!! So I was able to zip and zoom all through the store, throwing this and that in my cart, checking off my list, and making sure I had the extra items for our special picnic dinner. It was a little touch and go for a few minutes when the pen I had to check off my list- the same one Taryn was using to color on my list- decided to give up the ink and die. I admit, I panicked for a bit. "How am I going to get the other hald of my list in time??" The 5 extra pens I ALWAYS carry with me were in the other purse. Of course! But, Taryn was an angel and pulled through all by herself leaving me to get back to my list.
I still can't believe it all came together so nicely. 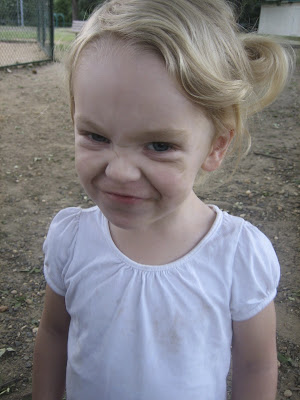 After eating a lot of yummy meatballs and grapes, this girl got down in the dirt to sift for rocks. The evidence remained on her little face. And I believe she was quite proud of it. 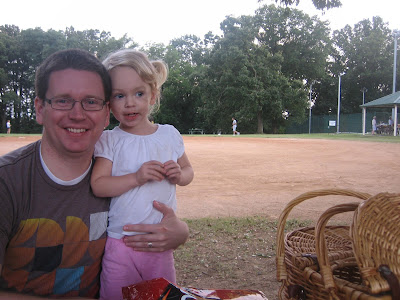 Still dirty- faced Taryn and Tys right before we packed up the dinner and played for the rest of the daylight at the park.

Sometimes when it may seem impossible or like a horribly bad idea to rush things and pull something together, it ends up being one of the sweetest memories you could have created.