a special letter for Taryn

I think the weather decided to give me a break this week. It knew I had had it up to here with those boiling hot days and feeling like I was stuck inside because even Taryn would say, "Mom, let's go back inside. It's too hot." Coming from a toddler - who bolts out the door into the backyard shoe-less & sometimes pant-less anytime it's open- that's saying something.

So just like we should, we've been spending every possible minute outside and I feel renewed again. Seeing the birds, running into lots of friends & their cute babes on our walks and park outings, picnicking outside (nothing better!) and just sitting back realizing again just how beautiful this area in which I live is. I know the bugs take some kind of steroids back East- never have a seen larger insects than out here- and the mosquitos can be awfully vicious- but all of that disappears as I sit on my blanket and watch the world around me.

We faced a bedtime meltdown after baths the other night.  Like magic, our landlord tossed the days mail down the stairs to us and the tantrum disappeared when Taryn found a letter for her. 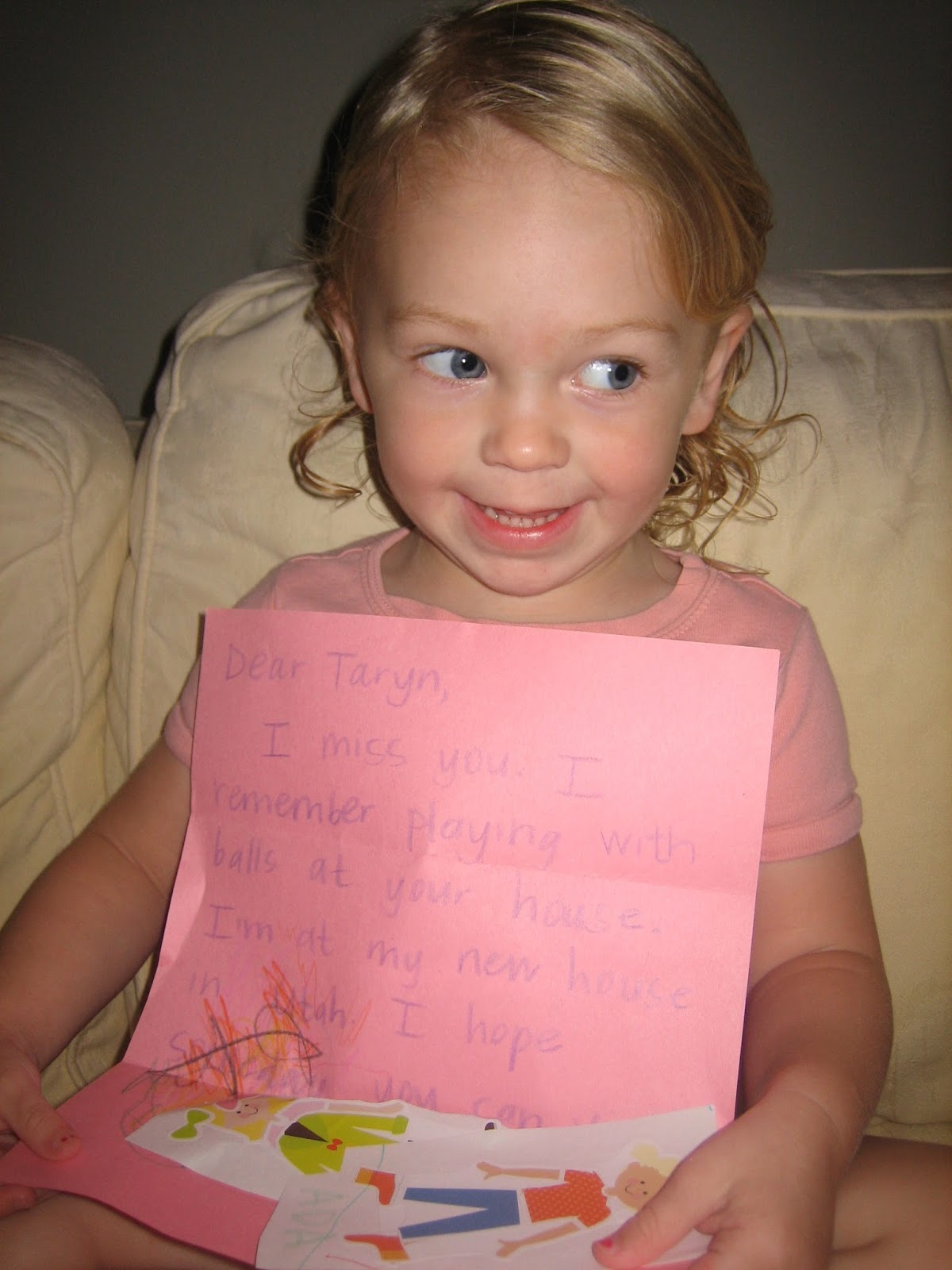 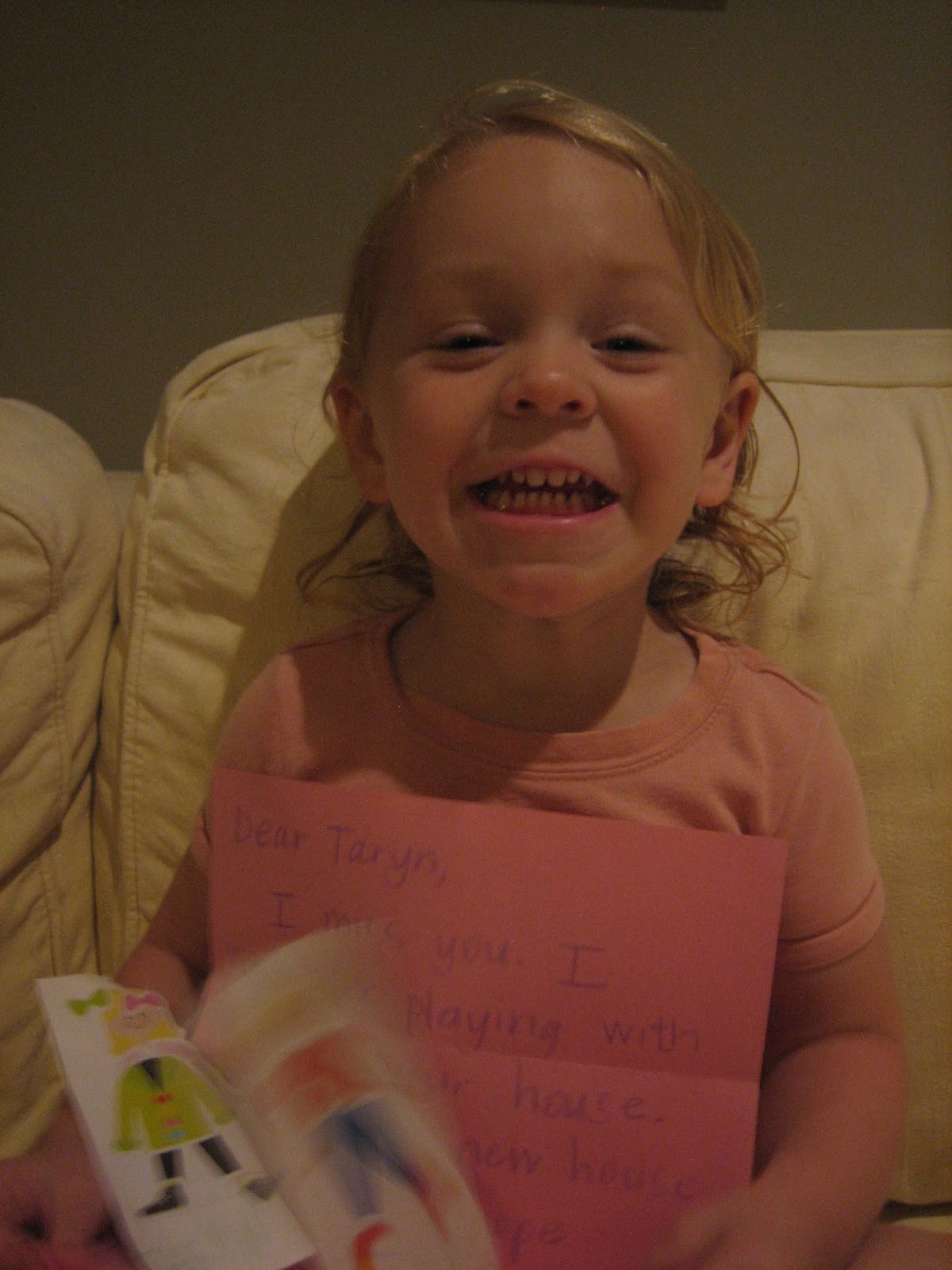 A special letter and sticker dolls (Ada & Taryn) from our friends who moved away.

This sweet letter made our little girl's day. I'm happy that these two sweet girls can remain friends even when they live on opposite sides of the country.