Rollin' with the big kids 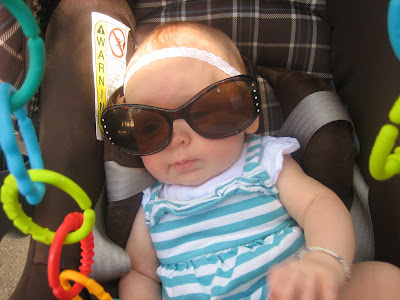 Guess what this lil' rockstar can do? Roll over all by herself!

I was on the phone with my sister, Ashleigh, and I had just told her that Taryn was so close to rolling over by herself. I got home, changed Taryn's diaper, said goodbye to my sister and laid Taryn on a soft green blanket. Then she rolled over! and then she did it again, and again! I may have screamed with excitement over and over again. Tyson and I have been keeping a close eye on her while she's had tummy time for the past two weeks! This is a big deal :) She is growing up so fast!
Posted by Brianna Smith at 2:50 PM