Halloween 2017 Craving pumpkins for the first time as a family! 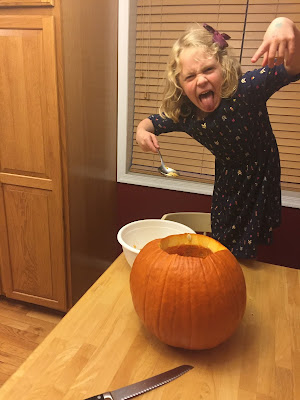 Ever since the girls were little, we've painted pumpkins because it was easier for them and easier for me! They never showed much interest in carving and Tyson hates it, but this year I wanted to give it a try.

Taryn and Haddie did not like it at all. I don't think Haddie even touched anything inside. Taryn was willing to give it a try, but as you can see from these candid pictures, she thought it was the grossest thing! 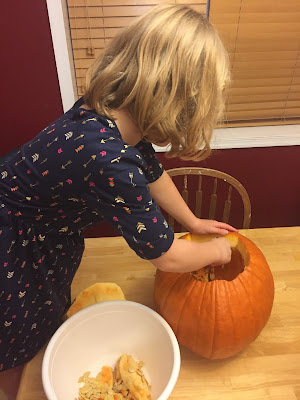 But she also found it kind of funny, and wanted to try a bit of everything.
Both girls thought the pumpkin smelled soooooo bad inside. 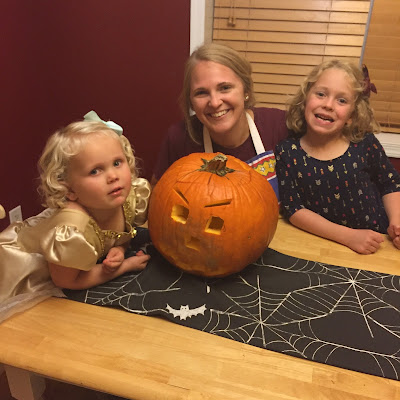 Taryn area a picture of what she wanted the pumpkin to look like and I followed her instructions. Haddie tried her hand at carving every once in awhile but preferred to dance around in her dress ups. 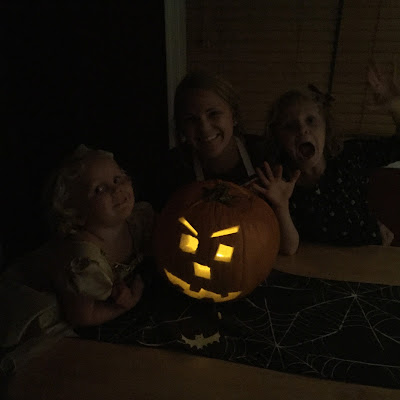 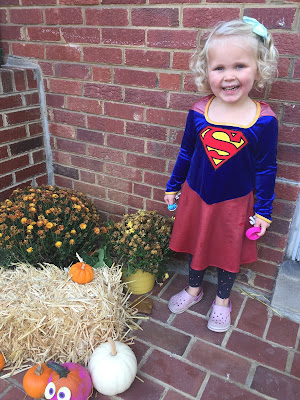 To celebrate Halloween at Taryn's school, they let the kids dress up in costume for the last half of school and participate in a parade. Parents come and line the streets around school to see them walk by. I am impressed with the creativity of the children at Taryn's school. We got some creative ideas for the next Halloween. 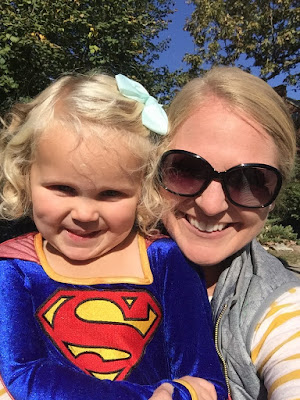 Love my little Haddie! Always in a costume!
And around Halloween, she changes at least 5 time a day to get the most out of her dress ups. 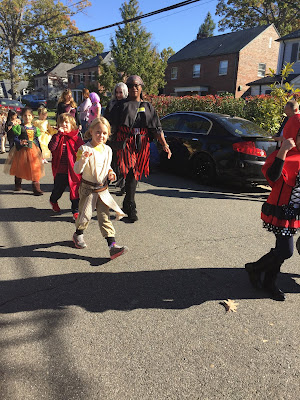 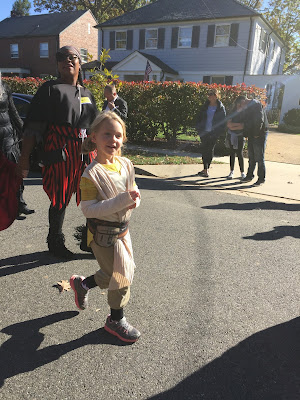 And my Tarbear dressed as Rey from Star Wars. She was looking forward to wearing this costume for months, especially to school! 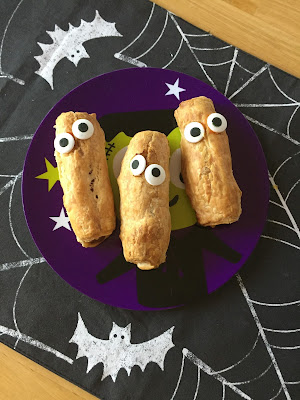 Trying to make Halloween a fun full day event means adding some yummy and cool looking food to the menu. Not to mention this is my way to get my kids to eat something else besides candy for the whole day. You should see their lunch boxes and dinners for the weeks following Halloween. I do put a candy or two in the lunch, but dinner is filled with even more fruits, veggies, and grains to make sure their getting a little more balance to all that candy. 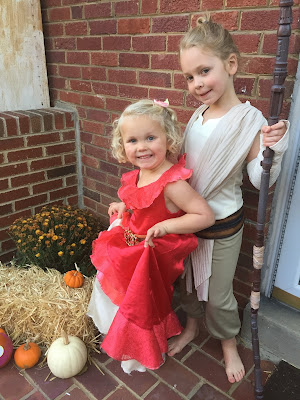 I love how Haddie is holding her dress in this picture. Ready to be a princess at any moment! 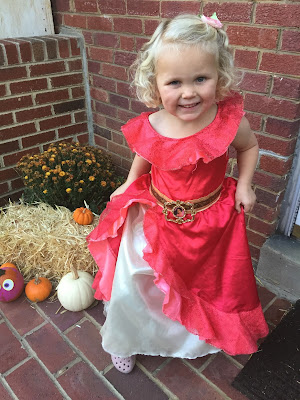 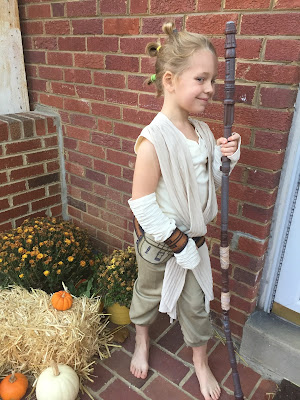 I told Taryn about this hair do and she wasn't really into it. Actually, she pretty much protested it. But once I told her she could take it out if she absolutely hated it, she let me try it out (not without showing her Rey pictures from Google to prove that Rey had that same cool hair do)
She got so many complements on it that she asked for it for days after Halloween. 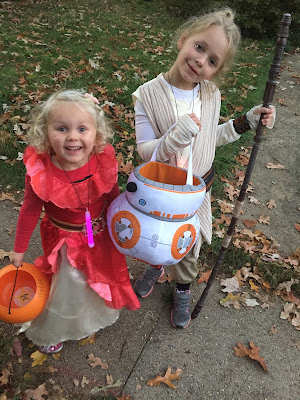 We layered as much as we could without sacrificing their costumes and they couldn't wait to get started! This year we went out a little earlier than normal so the girls could be in bed at a somewhat reasonable time because it was a school night. The lighting was so nice on the famous Halloween house in our neighborhood. 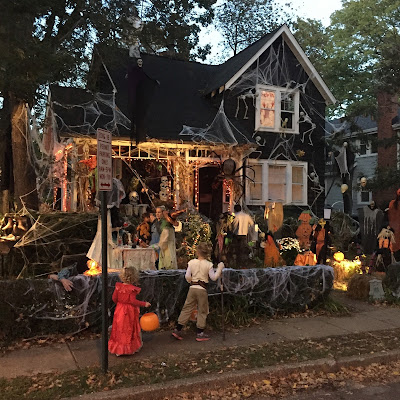 We drive by this house almost every day in October to see how they are coming along on their outrageous decorations! We love love love this house so much. We've met the owners several times and they are the kindest people. They seriously LOVE Halloween and use their skeletons year round for their garden, Christmas and more. It's the best place to start out our Halloween trick or treating.
Tyson took this photo and I absolutely love it! 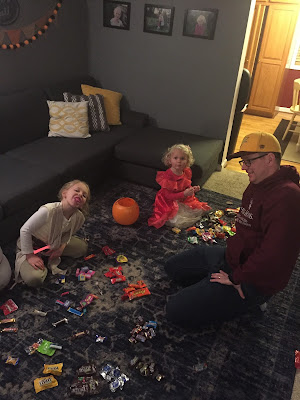 Tyson said this is his favorite part of Halloween - counting and trading candy at the end of the night. We definitely take our share of Mom and Dad taxes... those peanut butter cups don't last long!