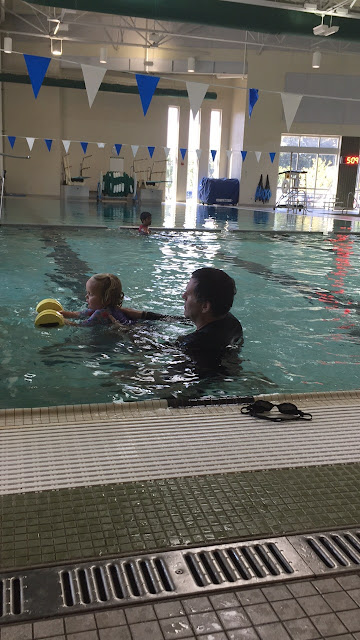 This year's swim lessons were great of both girls. Haddie takes a few weeks to remember how much she likes swimming and can do it by herself. There were a few days that we stayed after swim lessons to play around in the water and I practiced more jumping solo into the water while Taryn jumped over and over again. Haddie gained back her confidence so quickly! Her teacher was shocked at how well she was doing (he happened to pass by our a few times.)
Gaining strength in the water means so much to me because we spend so much time in the water during the summer months. Weather at the beach or at Lake Powell or a friend's pool. It's so important that kids know how to swim! 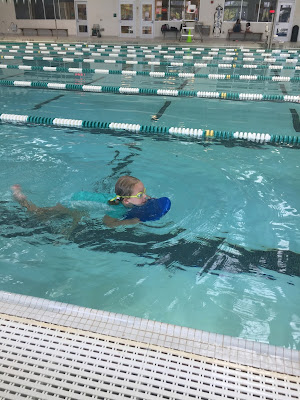 Taryn was a rock star with her lessons this year. I pushed her ahead in her class and signed her up for a few levels up, knowing she could handle the change with no problem.
It was a really huge jump, turns out. And it was hard for Taryn. So hard in fact that she would come to me after practice and just start crying. She would do all that was asked of her during her lesson and melt down right after. This class forced her to find out just what she is capable of and how she can get through anything. Every week was a struggle to get her to swim without tears. She would say it was too hard and she would get too tired. I kept telling her what a fantastic swimmer she was and that she could do anything she put her mind to. Well, turns out she was one of the top swimmers (and the other two good swimmers were twice her age!!!!!!!) She really reached for the stars and pushed herself to do something hard. I am so proud of her. By the end of her lessons, she was loving it all! And I'm happy she can swim laps and laps by herself with no problem. 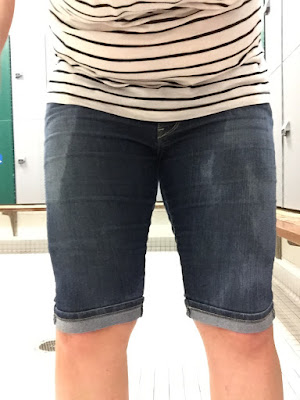 Oh ya- when you give your kids a shower after swim practice, they might accidentally spray you with the shower head hose ;) 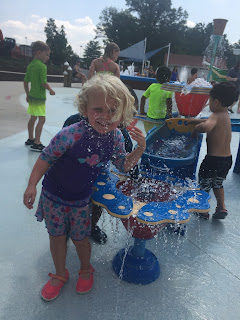 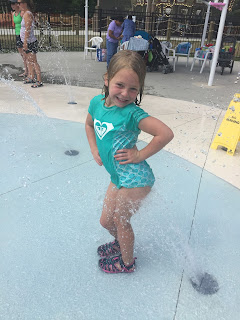 Swim lessons wasn't enough for these girls. We would find ourselves swimming in D.C., with friends at a splash pad or occasionally at the beach. I love that they love water so much!
It was a successful summer for swimming!