Life for the Virginia Smith's over the past few weeks 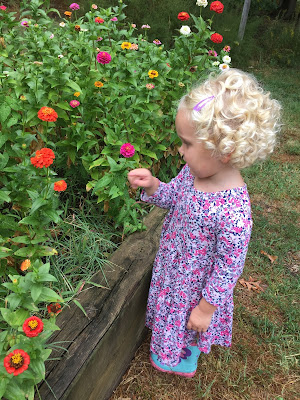 The gardens of Taryn's school.

A part of me wants to title this, "Life as Haddie knows it" because I realize that more of these pictures are of Haddie than not. Now that Taryn is in school, Haddie must endure my endless pictures by herself. It's a good thing that she doesn't mind giving me a smile most of the time! 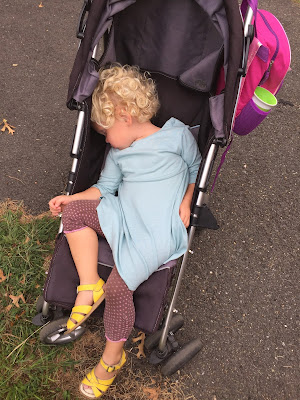 Hadleigh usually falls asleep on our way to get Taryn from school. That short walk from our car to her classroom usually lulls her to sleep pretty quickly at that time of day. 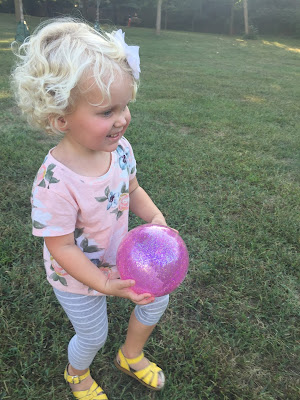 Waiting for Taryn at her soccer practice.
We usually play at the park and I sneak a peak at Taryn's soccer practice. I'm very grateful for Taryn's coach who volunteered  for the position (their daughter is on the team too) It's hilarious to watch these cute kids play soccer and learn as they go about the rules of the game. They have become so much better and Taryn looks forward to her practices and games so much. 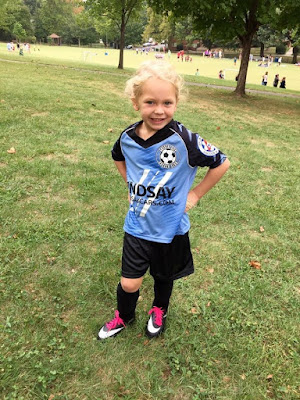 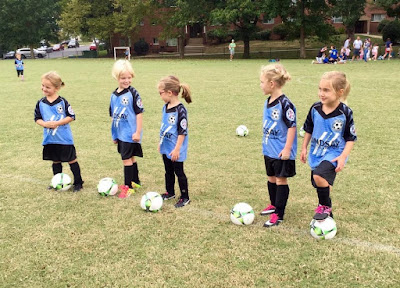 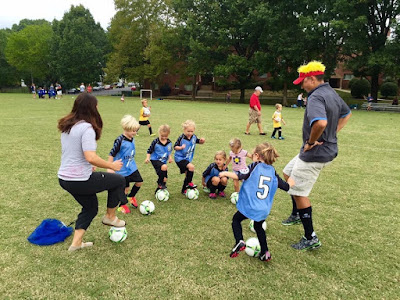 I can't believe I haven't shared about Taryn's soccer team!
She plays on the "Tough Puppies" which should have been a big sign to us that this experience was going to be amazing! Taryn, the dog lover, fell in love with soccer fast! She has great hand eye coordination and is a super fast runner. We were surprised to watch her at her first game and realize that she is terrific at passing the ball to her teammates (I hope that lasts!) I almost wish she would just shoot the ball into the goal because she gets so close to it and passes the ball but at the same time, I'm glad she has a natural instinct to look for her teammates.
Her team won their first game but who's keeping track :)
Actually- Taryn was! She kept running past Tyson and me and shouting the score to us when there was a goal made ;)
She has a very strong competitive streak that runs through her.
I feel like I've reached this great parenting moment in life. I have a kindergartener and she now plays soccer. I can't tell you how much Tyson and I have talked about this moment in our lives and now we are here! I often tell stories of myself playing soccer at the age of 5 to Taryn. I love that she loves it so much.
Watching the kids play soccer makes me laugh and makes me proud! After half time, the kids came out onto the field doing cartwheels - haha!!! But I'm proud of them for knowing how to hustle for the ball, encourage each other, and enjoy the game. 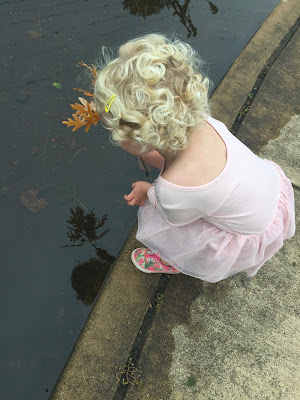 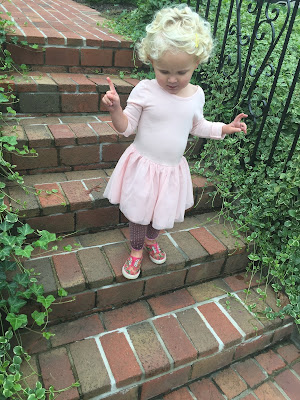 Sometimes we take the "long" route home after we walk to drop Taryn off at school in the morning. Haddie loves to explore and play... and spot the pumpkins & kitty cats. 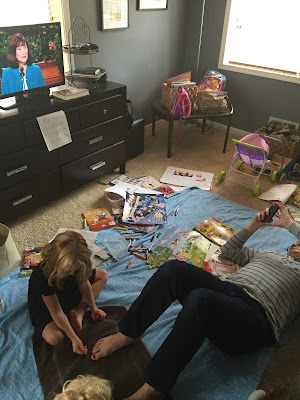 During General Conference weekend, the girls and I painted our nails while Tyson was at the Priesthood session. Well, during the Sunday morning session, the girls felt like Tyson was missing out on the whole "painted nails" thing so they got to work on his. It bought us 10 minutes of quiet conference listening and Tyson wore flip flops for the rest of the day to show off his red & teal glittery toes. 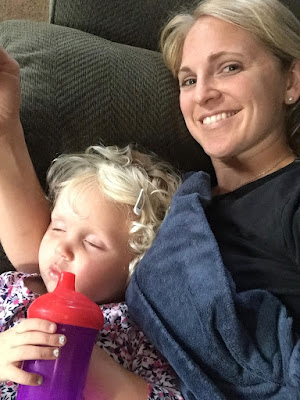 Haddie fell asleep during the last session of conference. 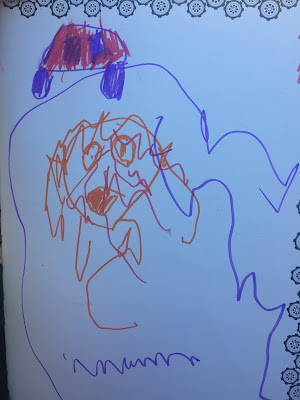 Taryn and HAddie we coloring one morning on our way to school drop off. Taryn announces that she finished her drawing of "Rapunzel zombie" and showed me this drawing. It made me laugh out loud and I told her I would send a picture of it to Tyson, the zombie lover in our family. I'm really not sure how she learned about zombies because we've never let her watch anything with zombies in it. She gets the worst nightmares still so they are totally out of the question. Her depiction of them isn't far off :/ 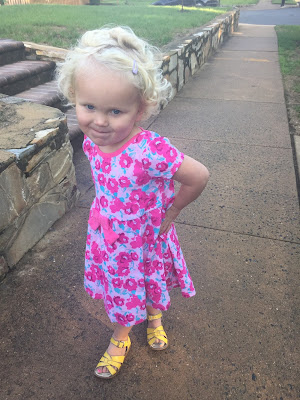 Haddie modeling a new birthday dress from Grandma. That pose is all her own -haha! 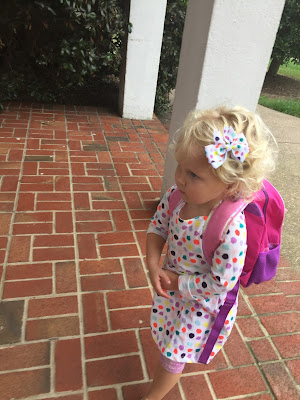 My little Institute buddy.
I just couldn't help but sneak a picture of her while we were walking into church on Thursday. Just too cute! 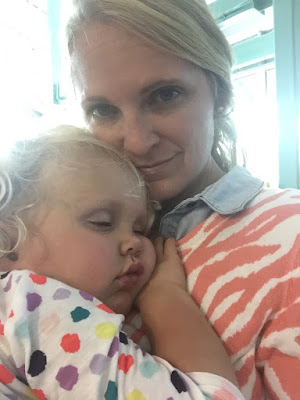 Haddie try to catch a little cat nap here and there now a days. Naps have snuck back in a bit for her and I think it's been a really good thing. She is great at sleeping on the go and transferring. So while I watch Taryn at gymnastics, Haddie gets some zzz's in to help her make it through the day. 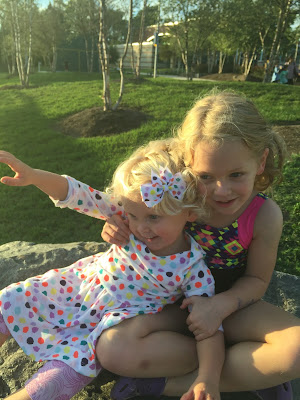 I love these two girly girls so much! They are always up for an adventure and love to play together (most of the time!) 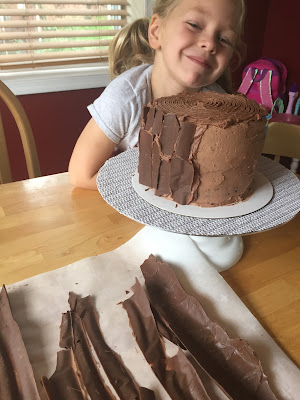 I snapped this picture while in the middle of my latest cake creation, a log cake. This one was so much fun and really pushed my creative buttons. Taryn and Haddie were fascinated by the process, and also tried to eat everything! I hope to instill a love of cooking and baking in them, even though sometimes my anxiety sky rockets when they are baking along side me- I'm working on that!