Taryn starts Kindergarten! Learning how to handle all that comes with it! 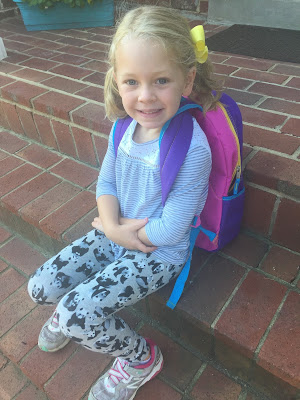 Taryn started Kindergarten the day after Labor Day. She picked out her own outfit to wear and I have to say that I love how much she loves those panda pants. I'm also in love with the new Cat & Jack line at Target mainly because of the reinforced knees. I can't tell you how fast Taryn rips through her pants. And she hates wearing jeans so we have to go with leggings. I will sew them up 1-2 times but anything after that, it's just a goner. So I'm happy someone helped me out and thought to make pants with thick enough knees that they won't wear out too quickly and they are under $10! Yay!

She has been looking forward to school all Summer long. She did cry for a long time when she found out she wasn't going to be riding a bus. I guess most TV shows or movies depict children riding the bus to school. We thought we lived too close to bus but I was surprised to get a Bus letter days before school started saying she could ride. Now to figure out when she will get to. We like walking her to school each morning (except Tuesdays when Haddie has preschool and the timing is too close for walking) and the girls look forward to it everyday too. So it just might have to be a special Tuesday bus ride day.

On the first day, Taryn was marked late.
And it's a touchy subject for me because it all has to do with some dumb parents, REALLY dumb school policies, and the fact that it was the first day of school and complete mayhem! I'm learning quickly that although I love the East Coast and where we live, I'm not loving all the overprotective personalities of the parents in the area, and the overzealous school systems.

I'm thankful we live in a community that is involved. Really, I do. But sometimes it's a bit much.
It didn't phase Taryn but I was completely overwhelmed and had to press restart on my whole morning process of getting out the door. 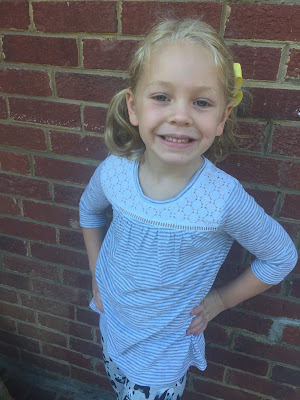 All ready to go!
Haddie tried everything possibly to make it so we did NOT get out the door that whole first week and part of the 2nd (one of the reasons we had set backs on the first day of school.)
I was at my whits end.
I tried every trick in the book, and even promised treats, time on my phone, playing princesses and ponies and more!!!!!
One things for sure, I have very stubborn children.
Every morning we were trying new ways to get out of the door with no tears or fighting or complaining.
Man, why didn't anyone warn me that it would be hard in this way!??!
I was ready for Taryn to start Kindergarten because I knew how great it would be for her. I knew that Haddie would have some hard moments of missing Taryn. But I was not expecting the start of school to flip my world upside down!
By Thursday night I was in tears and I cried on Friday morning on my way to Costco too. Ya, never saw that coming. I just kept thinking of various ways to make our days run smoother.

Many of my good friends had their first day of Kindergarten too with their oldest child. We all texted each other with uplifting thoughts and our emotions for the morning. 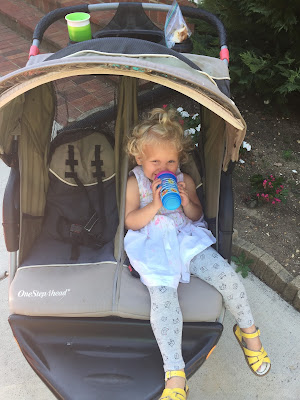 I texted this picture of an empty seat in our jogging stroller. It was weird to be running without Taryn. 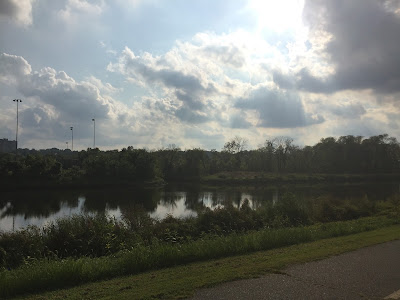 But it was still beautiful on the trail. 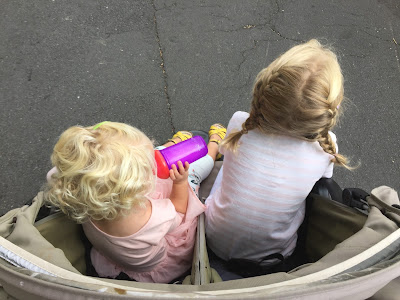 Routines and schedules, that's how I roll, so it's figuring them out that's key for me.
Also, so much Pink above! I love it!

It took a week and a half but I think we might be onto something with our new schedule now. Brushing and doing hair still brings hesitation and some tears but we're out the door when we need to be and that's what matters! We pack lunches the night before and continue to talk about how Taryn goes to school everyday like Daddy goes to work everyday. And I try to think of every possibly delay tactic that Haddie might throw at me.
The girls love walking to school each day and Haddie loves the chance to play with my phone on the way home. Round trip, it takes 1 hour to and from school. I know that seems long. There are some pretty tough hills getting there (great calf work out) and I'm pushing almost 80 lbs in that stroller. But the way I look at it is I get a great work out every day and I'm taking my child to school. Killing two birds with one stone. Taryn is Miss Chatty all the way there :) 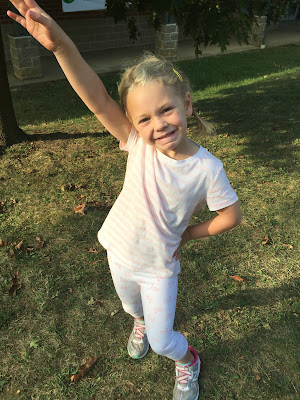 She walked out of her class on the first day of school and screamed, "That was so fun!!" She loves her teacher and talks about all the fun things she gets to learn. Some of her favorite parts of the day are P.E. and Spanish. She is really good about talking through her day with us. I'm super impressed. I had other moms coming up to me days after the first day of school saying they still couldn't get their children to tell them much about anything to do with school.
I would feel weird if Taryn didn't tell me about her day so I'm glad she is really open about it.

Almost everyday, we stay after at the school park to play with friends, chat and get out all those wiggles from the day before returning home. Then comes gymnastics, soccer, dinner, workbooks and more. Any ideas on how to battle the 5:00pm monster that comes out in my children from pure exhaustion at the end of long days?!?

Tyson came home one night and said, "Do you realize that now we have a child that's in the system. We are on a track now" in regards to starting her in school. It is strange to think that now it will just get harder and harder to spend time with Taryn as she gets more involved. I love that she will grow in her independence. But it's also a hard pill to swallow. 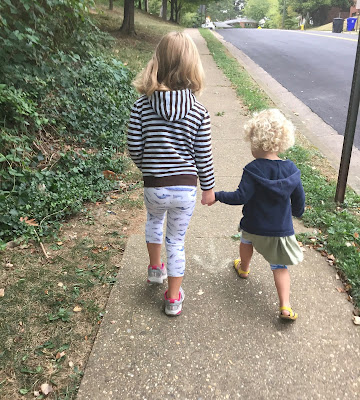 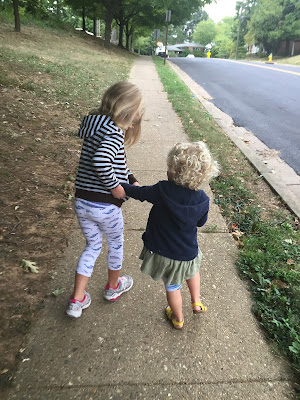 This was just one of the happy moments from last week. Both girls wanted a chance to walk. They held hands by themselves. When Taryn grabbed Haddie's hand, she realized her hands were freezing (yay for cooler weather and sweaters!) so Taryn tried to put Haddie's hands in her Taryn's jacket pocket. It didn't last long, but I was very touched with Taryn's care for her little sister. I loved watching them skip and run together for a bit of our walk to school. 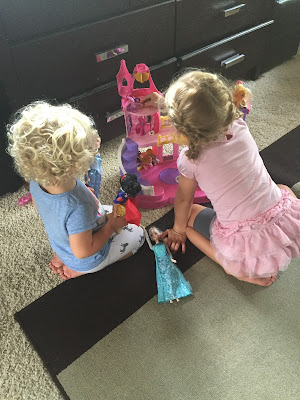 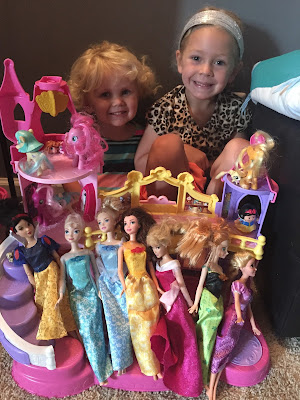 They play well together for a good long time after school now. 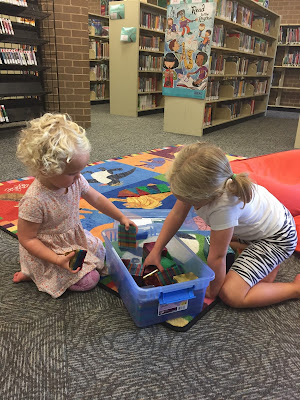 I'm excited for Taryn. I know she will do so well with school. I love that Haddie misses her sister. I love that I cried after picking up Taryn on her first day because I realized I missed her voice a lot. It may be a big learning process for all of us (i.e. 5 minute melt down outside our home from Haddie about not wanting to drop off Taryn- with neighbors watching and walking over to us...) but I think we are getting the hang of this!