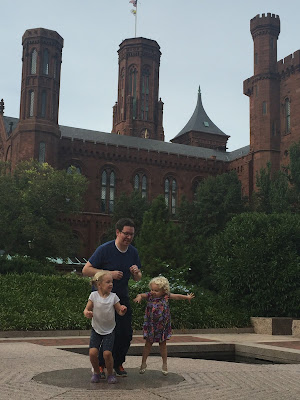 Over Labor Day weekend, we had a lot of fun!
Tyson got off work early on Friday, which was reason enough to celebrate by jumping for joy :) 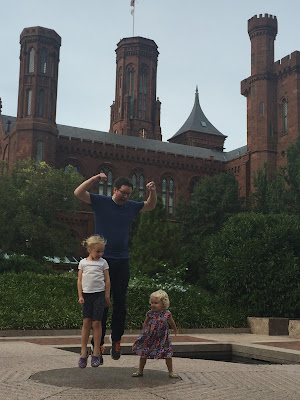 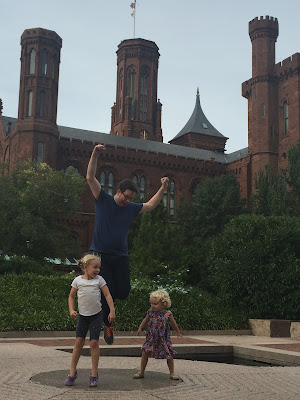 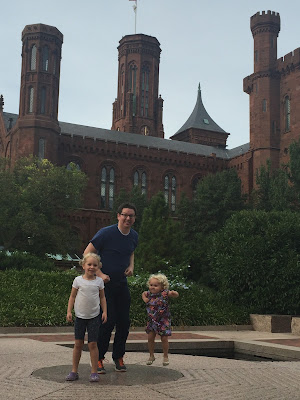 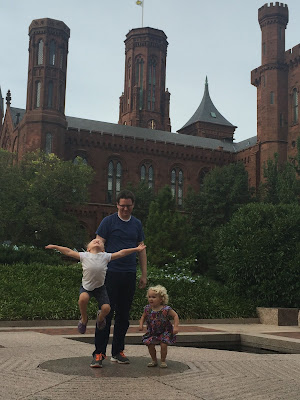 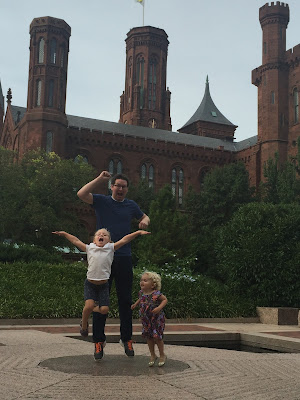 We met Tyson in downtown D.C. to visit the Smithsonian Air and Space Museum. Tyson just recently finished a book about the Wright Brothers so he wanted to check out the exhibit. Years ago on the Epic Scott South Trip we spent time in Kitty Hawk (when I was about 10) learning all about the Wright Brothers. I still remember how windy it was and it didn't occur to me then that thats the exact reasons the Wright Brothers chose to try and fly at Kitty Hawk, N.C. The wind was a perfect tool to help lift their planes in the air! 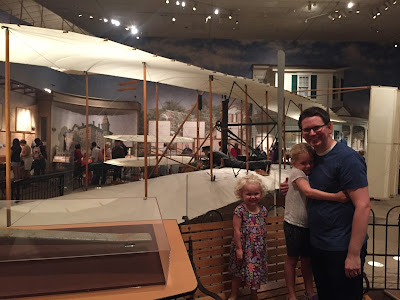 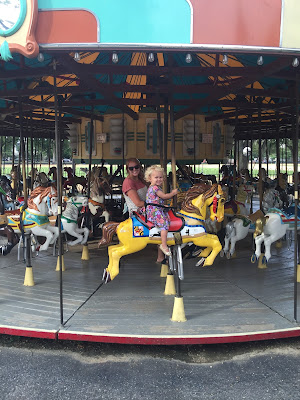 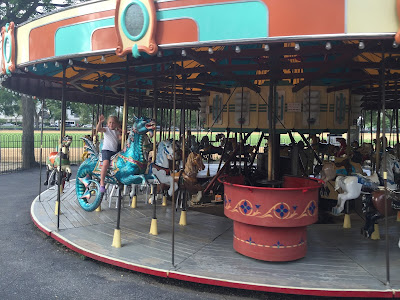 After a museum visit, we enjoyed a carousel ride with the girls. Haddie is super obsessed with riding those horses lately and Taryn gets a kick out of the unique animals/creatures. This time she picked a Sea Dragon to ride. This carousel was one of the fastest I've ever riding. It terrified Haddie once we got started and I had to hold on to her as her white knuckles gripped the bar. She was happy when it came to a stop :)
I never realized how interesting the background stories are of most carousels. I try to read about each one now when the girls ride them. 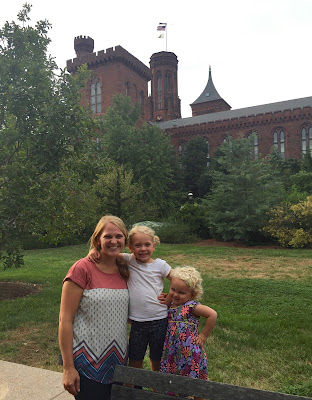 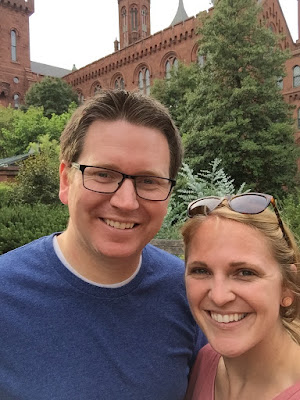 We don't take a lot of pictures together, but I love each one we get! Taryn's actually pretty good with her photo skills. We should get her to take more of us so we don't have so many selfie style photos. 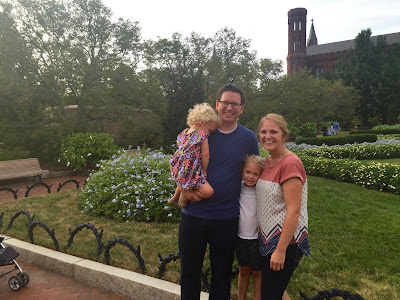 A family asked us to take their picture and in return, took ours. But Haddie decided in that moment to become super shy so....well... there you go.

On Saturday afternoon we went to Great Country Farms and had so much fun! I've already posted about our adventures there so onto our first adventure on that same Saturday. 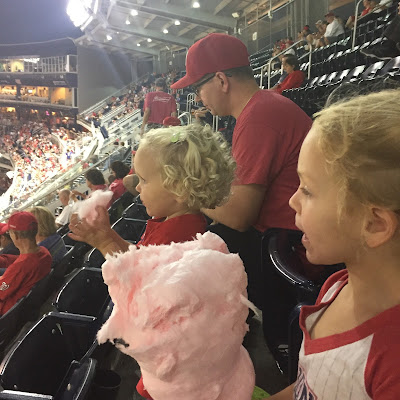 Early on Saturday morning we donated blood at the Nats Stadium again and we were able to get 4  grouped tickets to a game so we could go together a few weeks later.
Best FHE ever! We had so much fun on one of the first cool nights of September. It was so much better than our last game where we sweated so much. Each game was fun but I prefer to be comfortable and not melting! The girls danced throughout the game again and shared a cotton candy bigger than their heads! Taryn said it was "the best day ever!" Maybe we won't mention that it was a school night and the girls were exhausted by the time we got home....

I love these fun family memories we are creating together!