The last of the snow (I hope!) 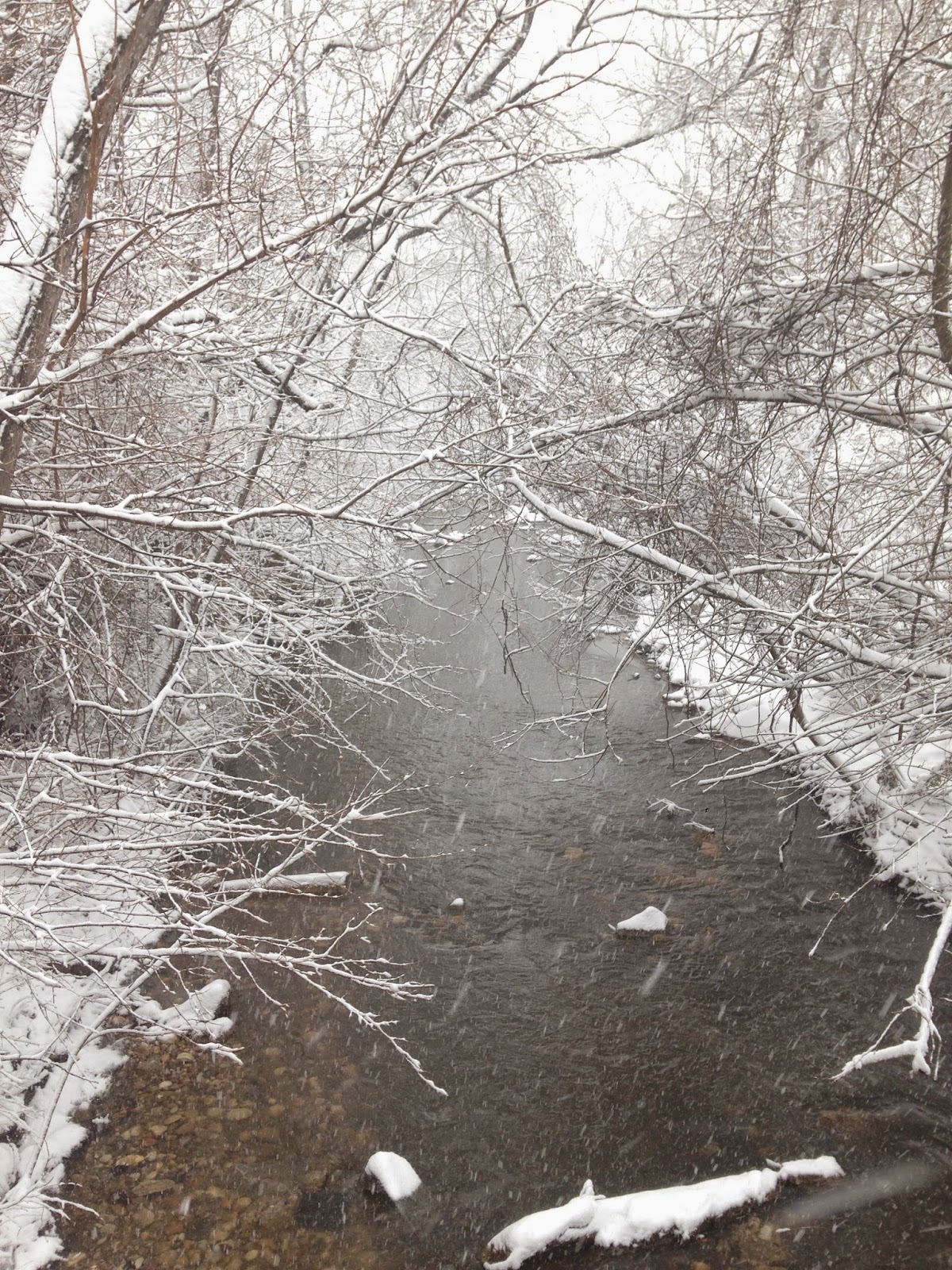 On the last snow day (maybe if I say it, it will come true- oh I sure hope so!!!!) Tyson worked from home so Taryn and I went outside during Hadleigh's nap time. We spent forever outside. We threw so many snowballs, built a snowman, and walked around while Taryn tried to eat as much snow as possible. It was beautiful. 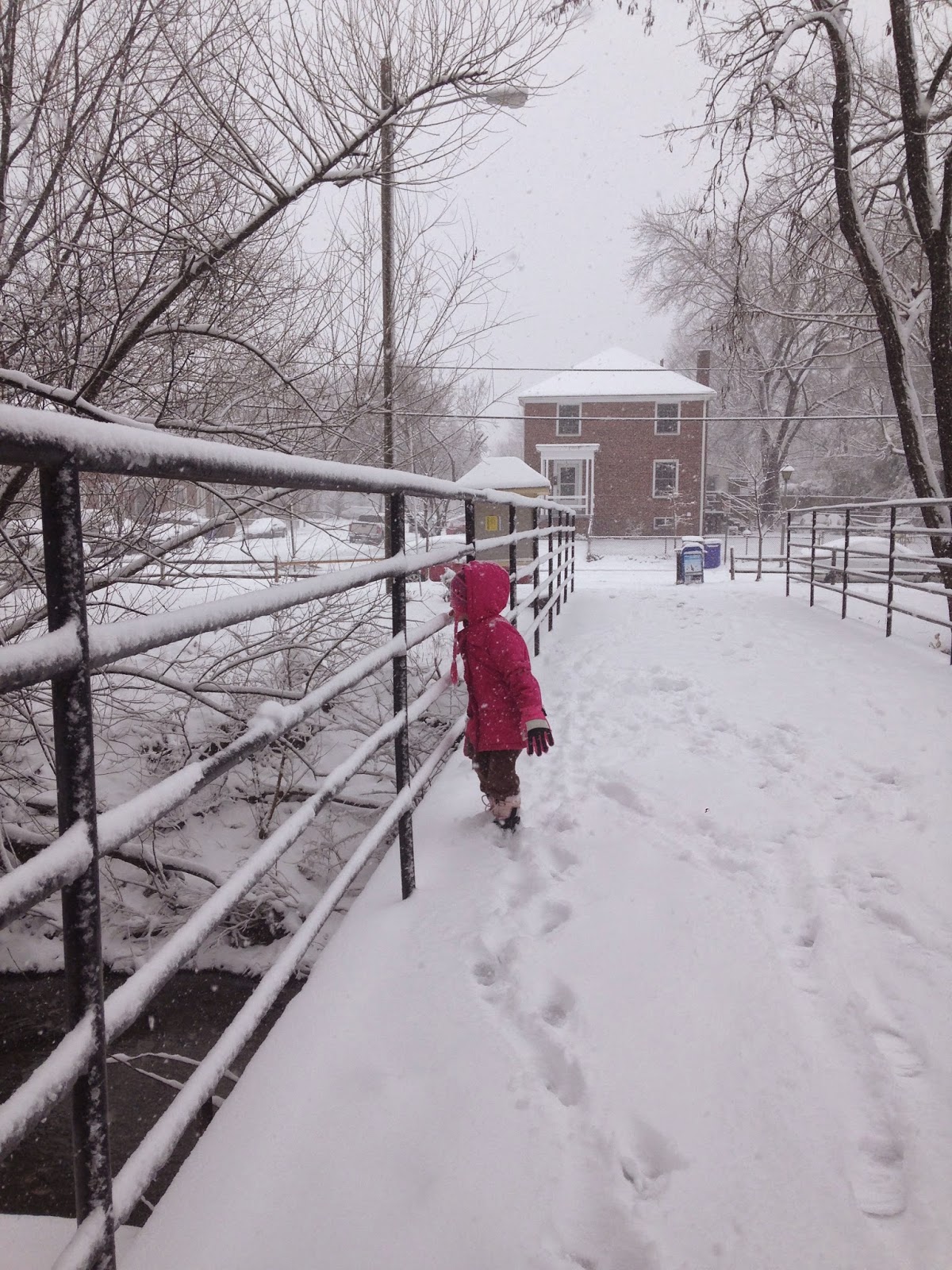 She was licking it off the railing. I told her her tongue would get stuck! ;) 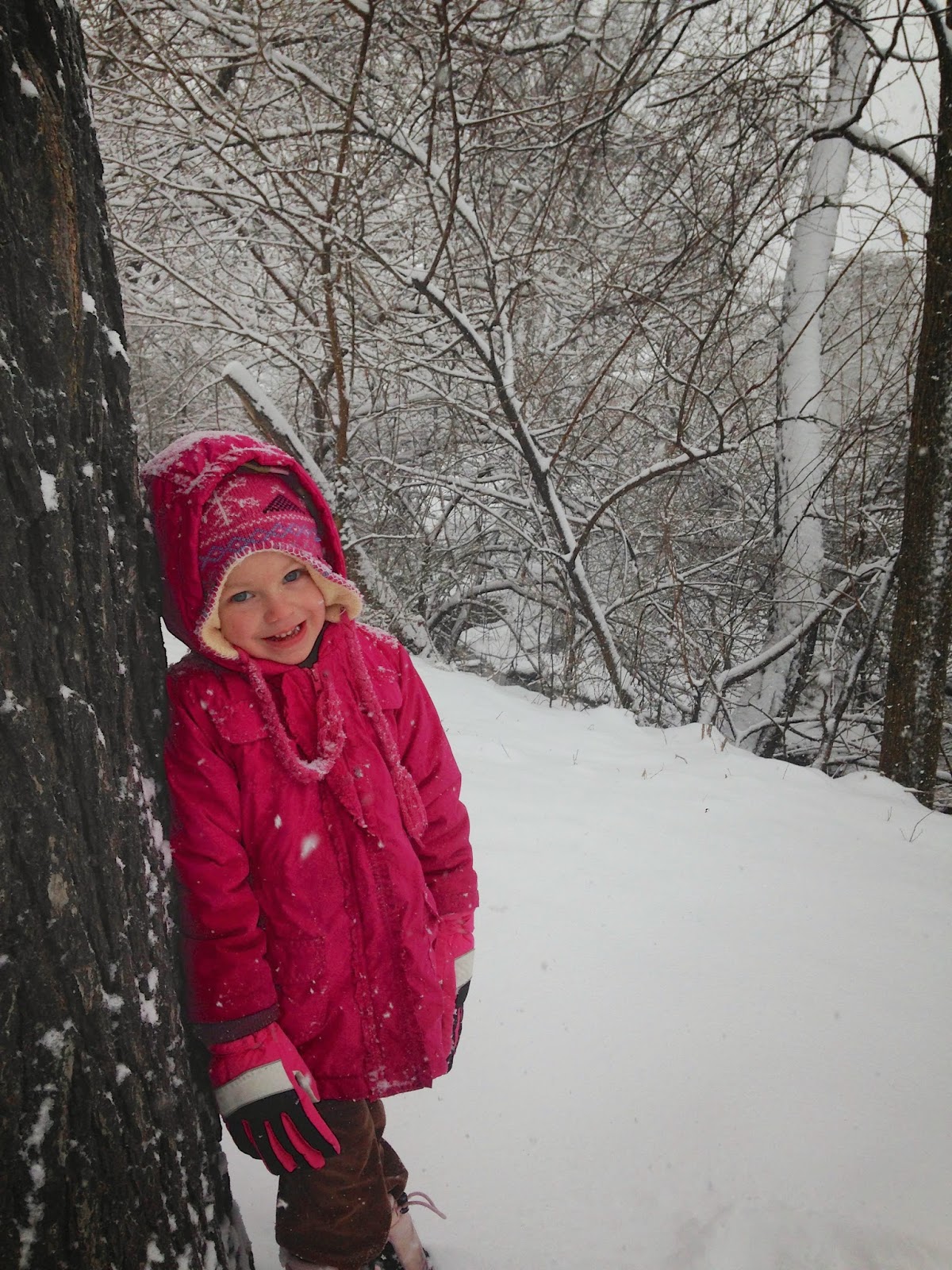 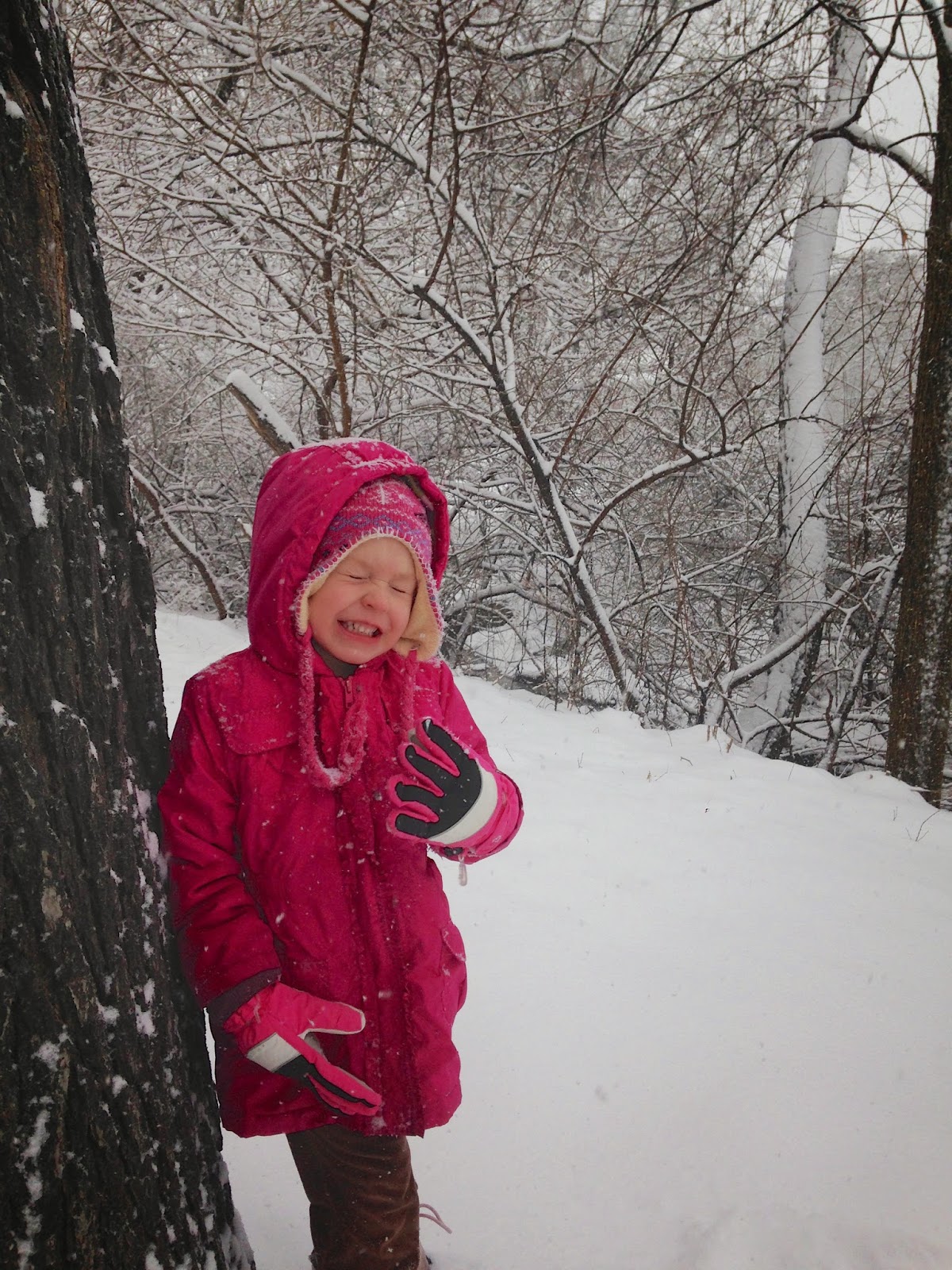 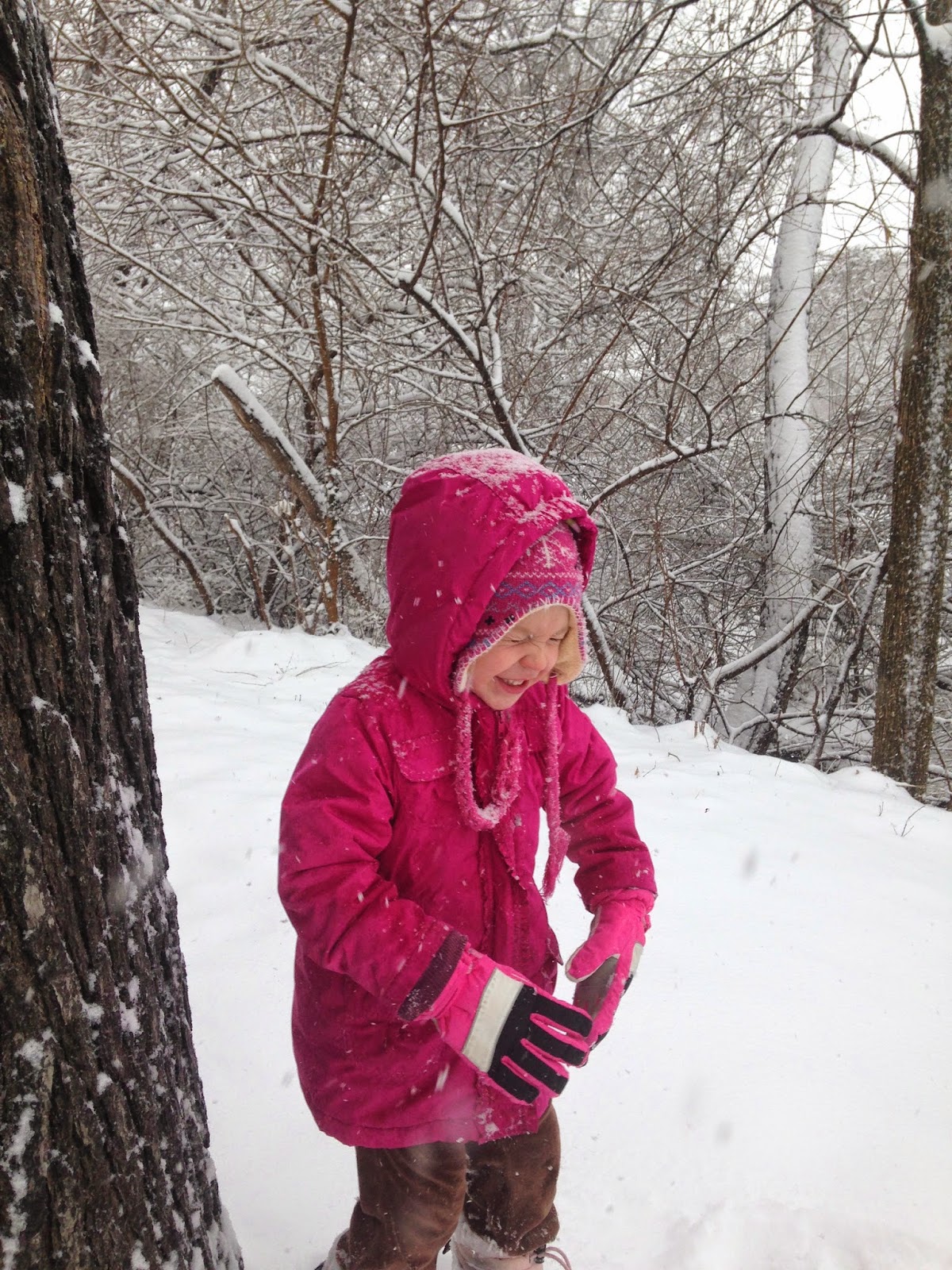 Her poses crack me up! She totally went up to this tree, leaned on it and smiled. Funny girl! 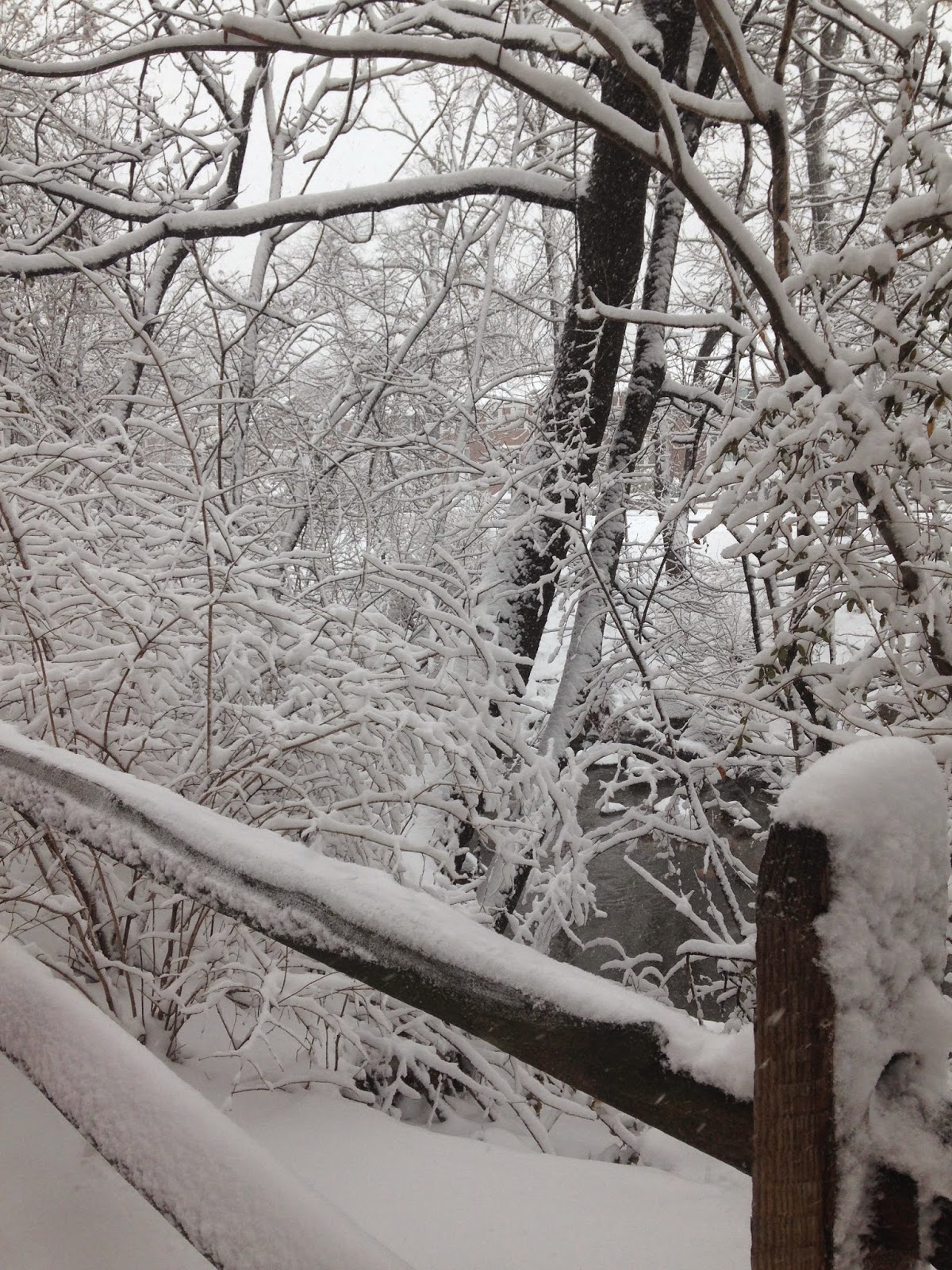 The freshly fallen snow is so so beautiful. 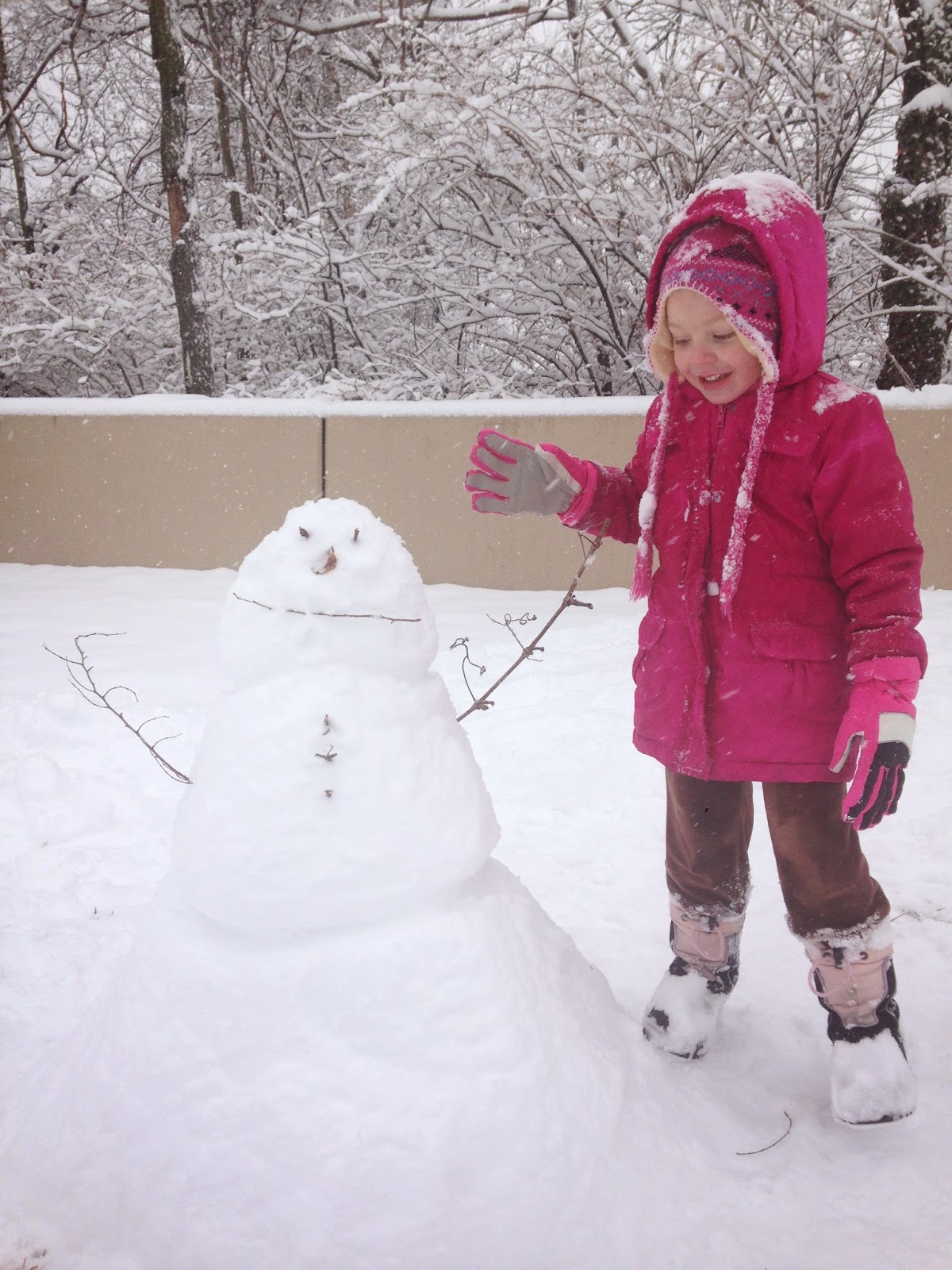 Meet Olaf (named by Taryn) Once it was done, she wanted to smash it but I convinced her to let Daddy and Hadleigh come outside when Hadleigh woke up to see it. 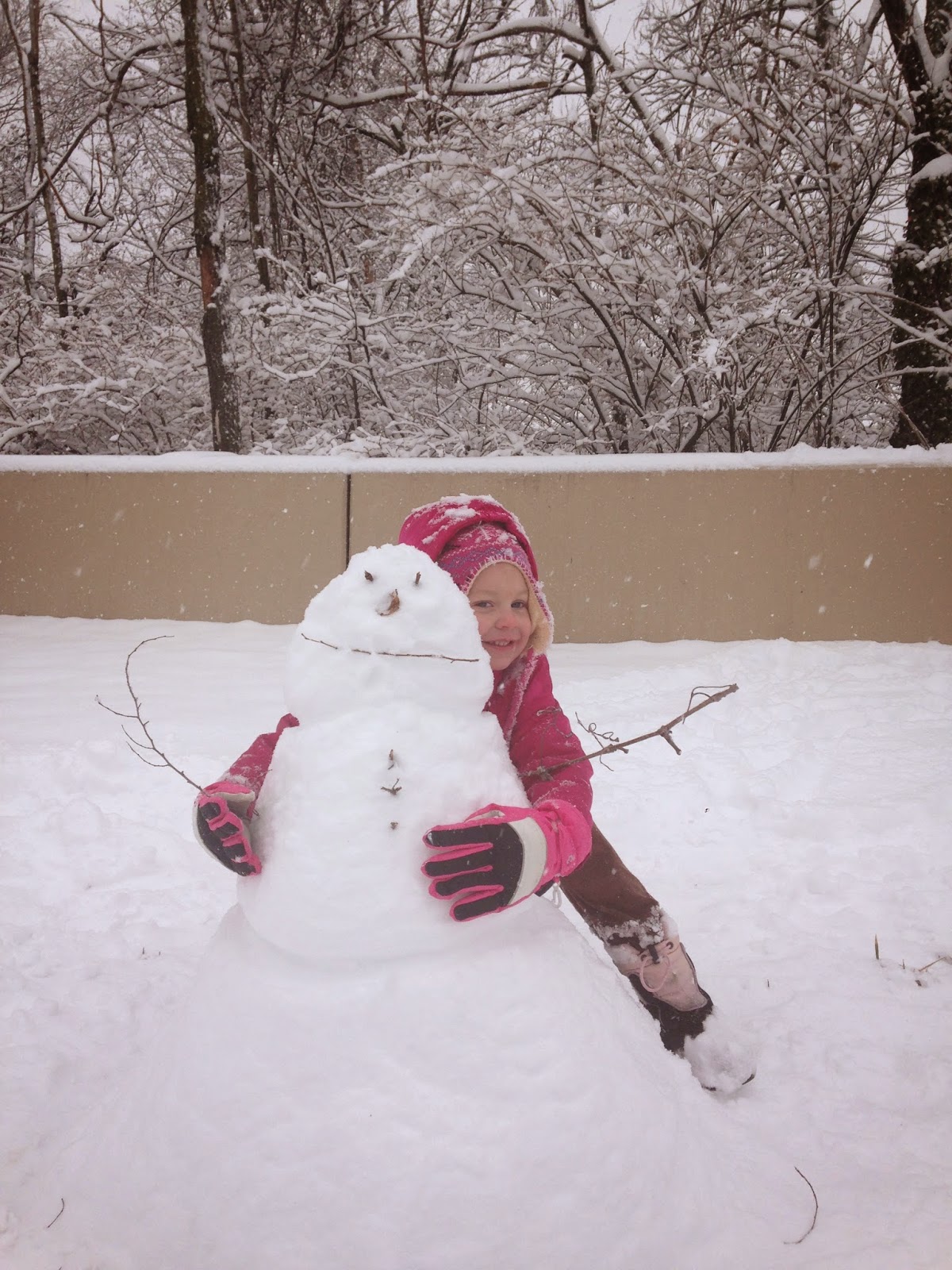 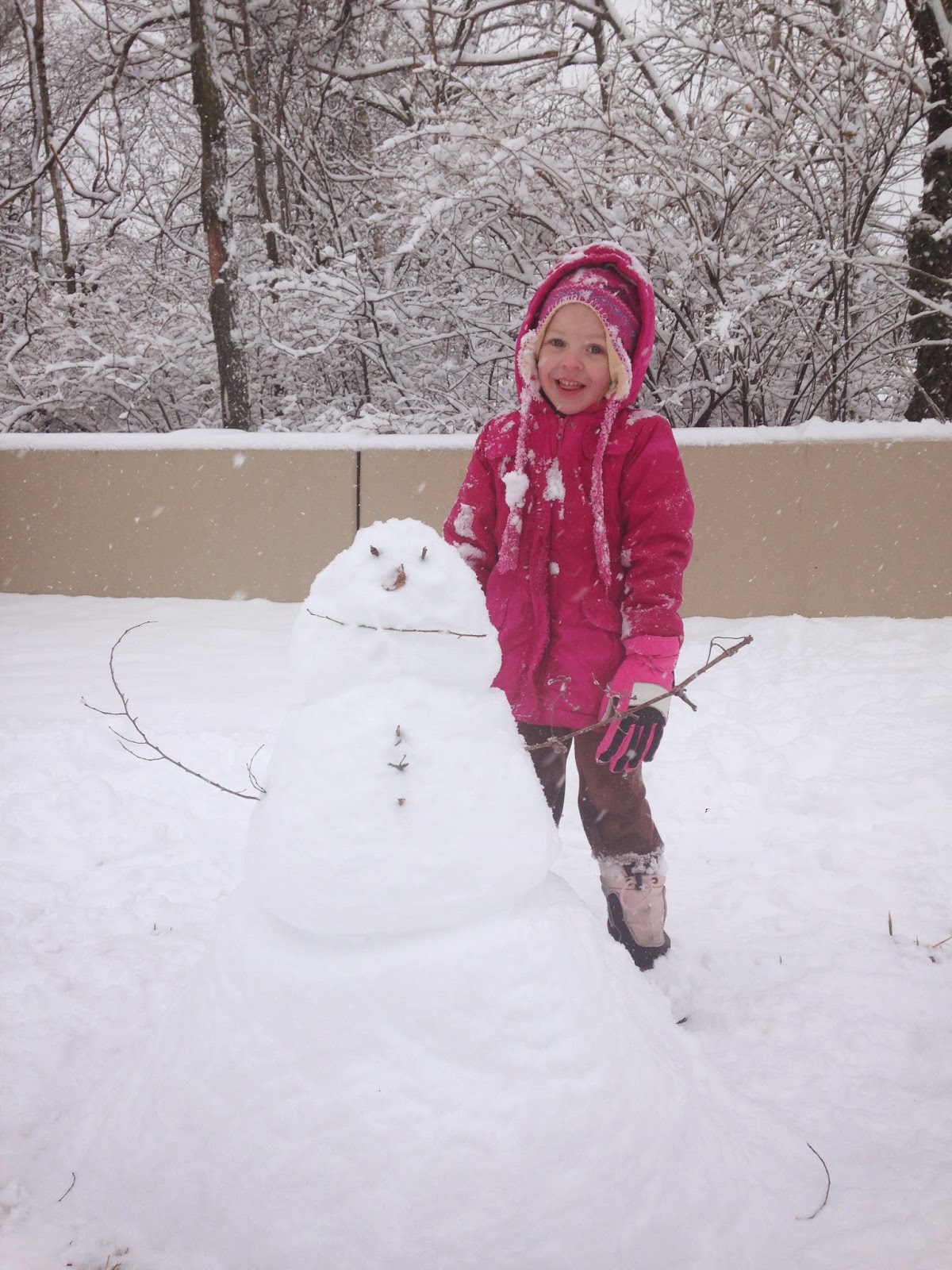 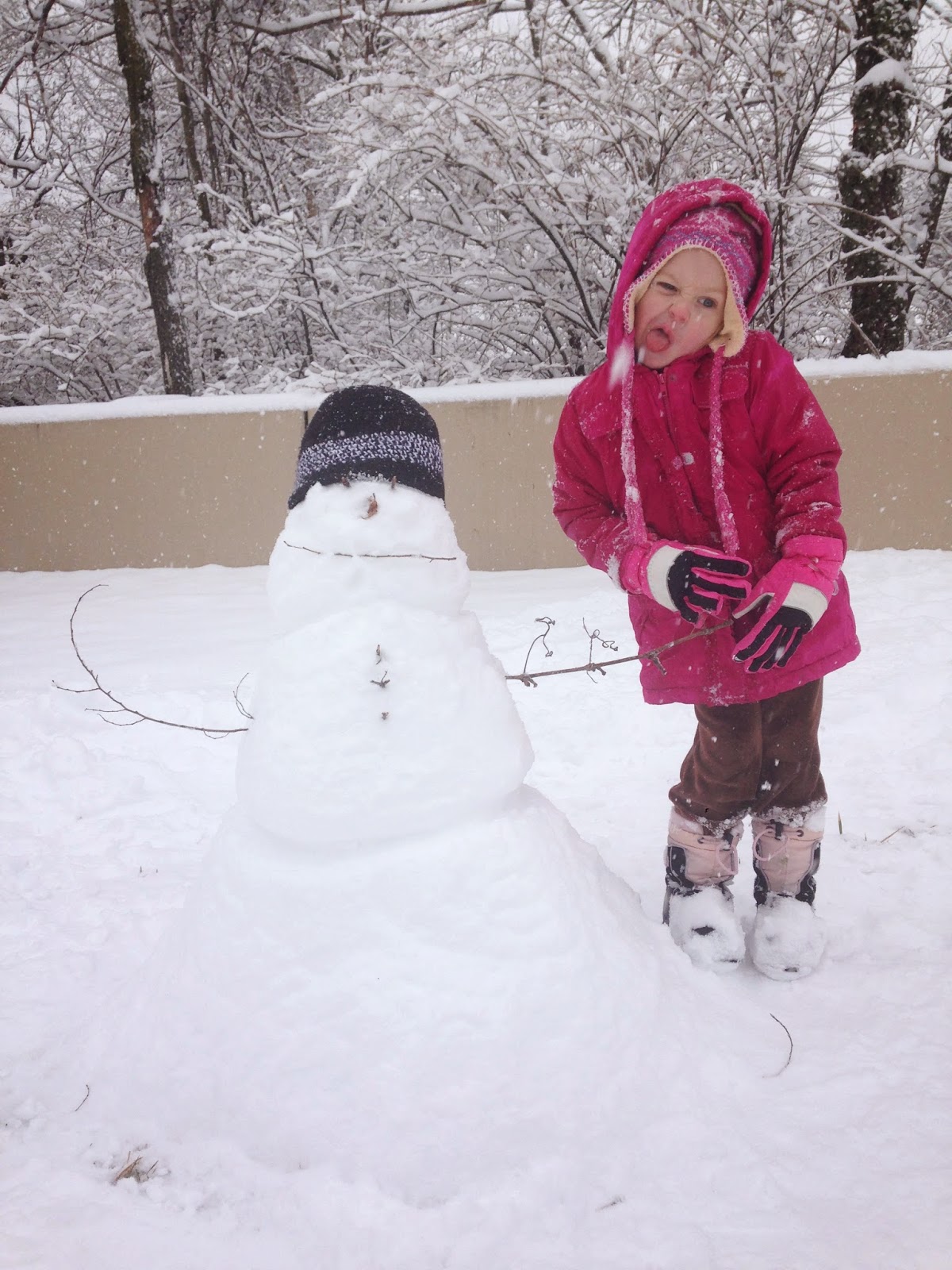 With our snow boots, snow gloves and big snow jackets, this winter has been quite enjoyable! But now I'm soaking up the sun on my skin and the 60+ degree weather. Don't go anywhere, ok sunshine?! Thanks. 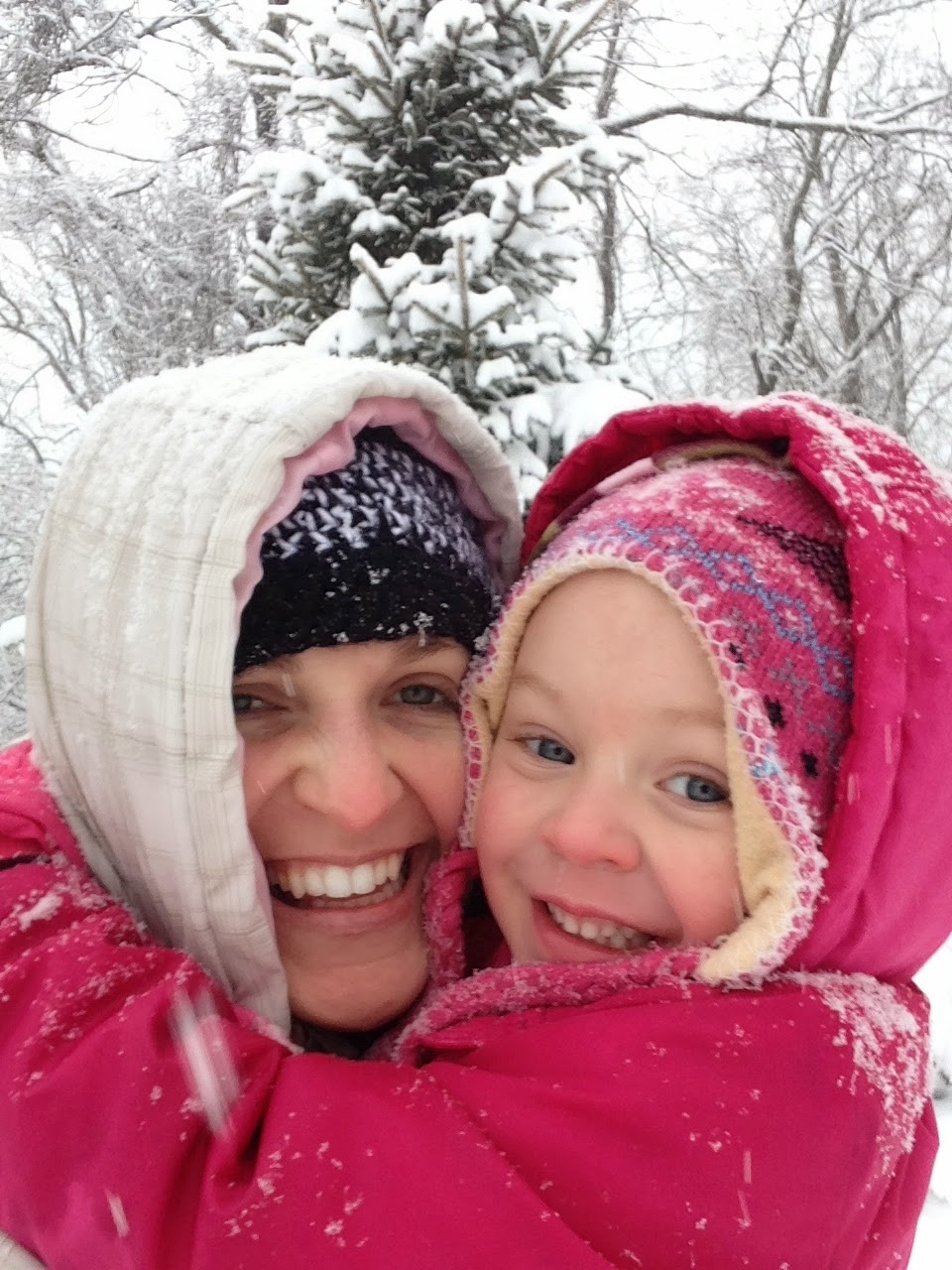