She can throw a mean snow ball :) 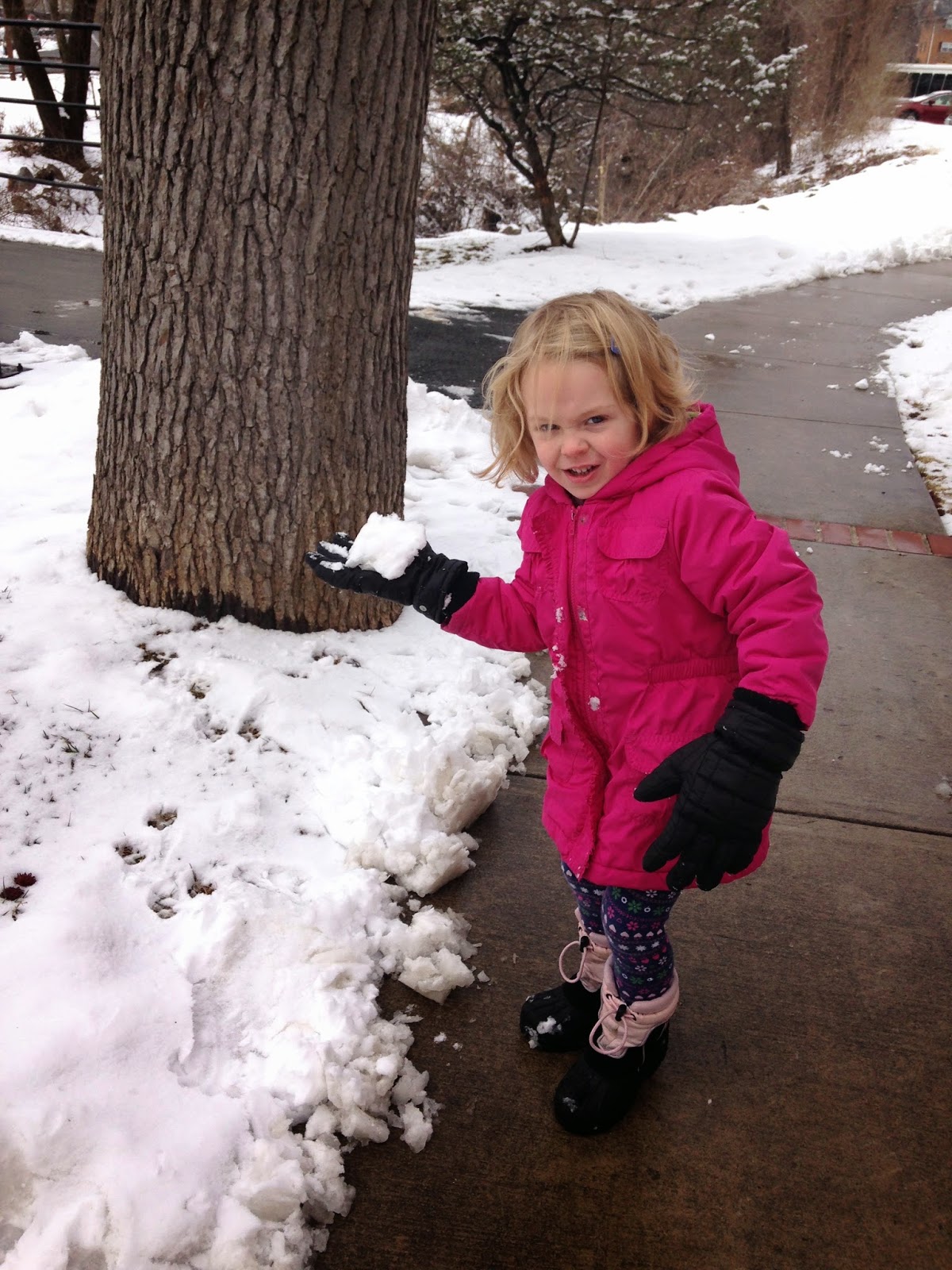 Taryn has such a good aim!
She can throw snow ball after snowball and never tire of it! When were out in the snow, she will always say, "Mom, don't throw a snow ball at me!"
as she smiles and runs ahead. I've gotten some good throws in there too and she loves it! :) 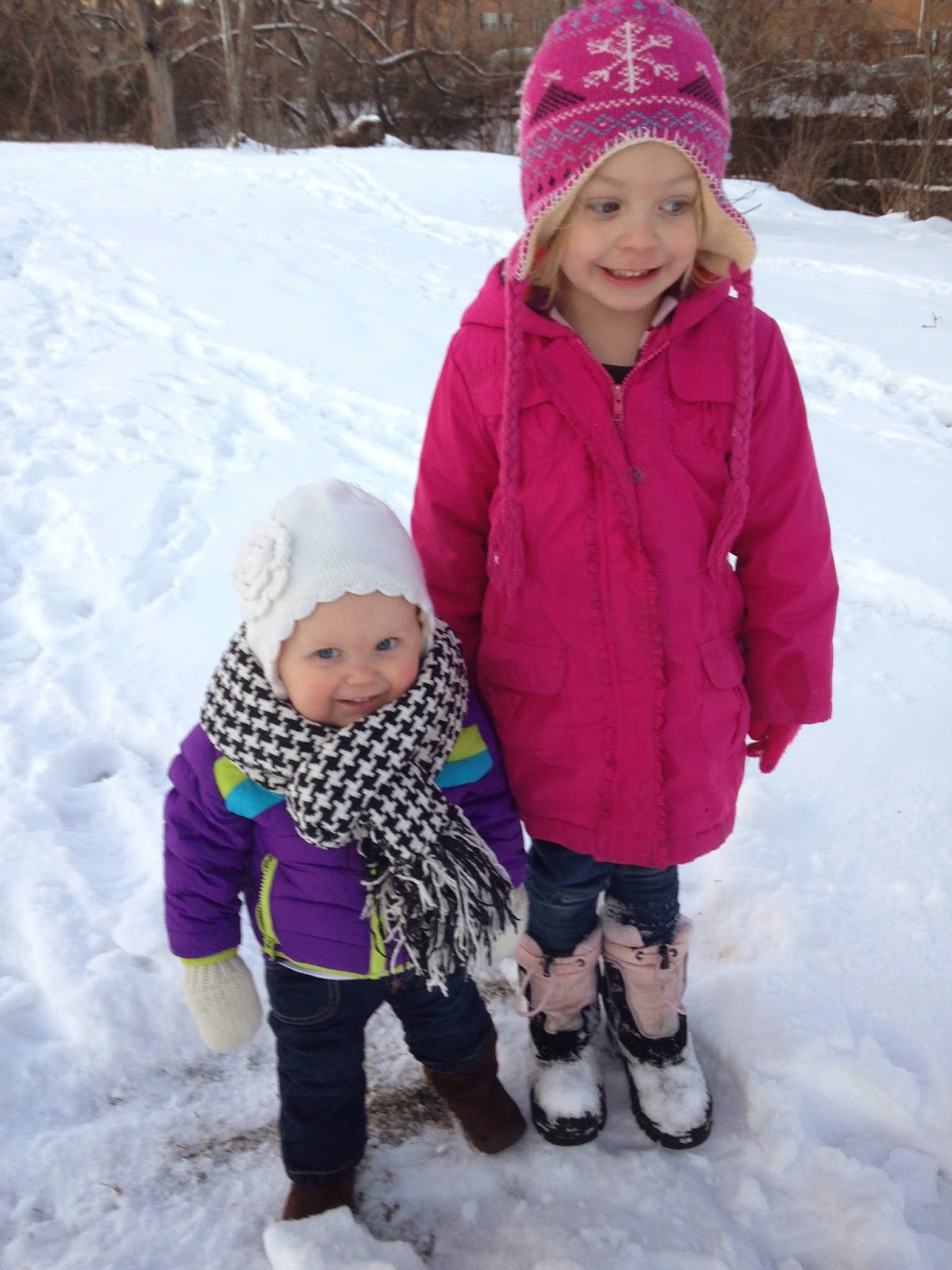 We've been trying to enjoy the snow while it lasts because we know it will be leaving soon. We've been sledding, built an awesome snowman which Taryn named "Olaf" or course, and thrown many snowballs. Hadleigh is learning to appreciate the snow and tries to pick it up every once in awhile.

But don't worry- Taryn now has proper gloves. I felt like such a bad mom with my make shift gloves. Thankfully she has some legit pink (of course!) gloves that keep her hands even warmer than the ones I made for her in the beginning of the snow fall. 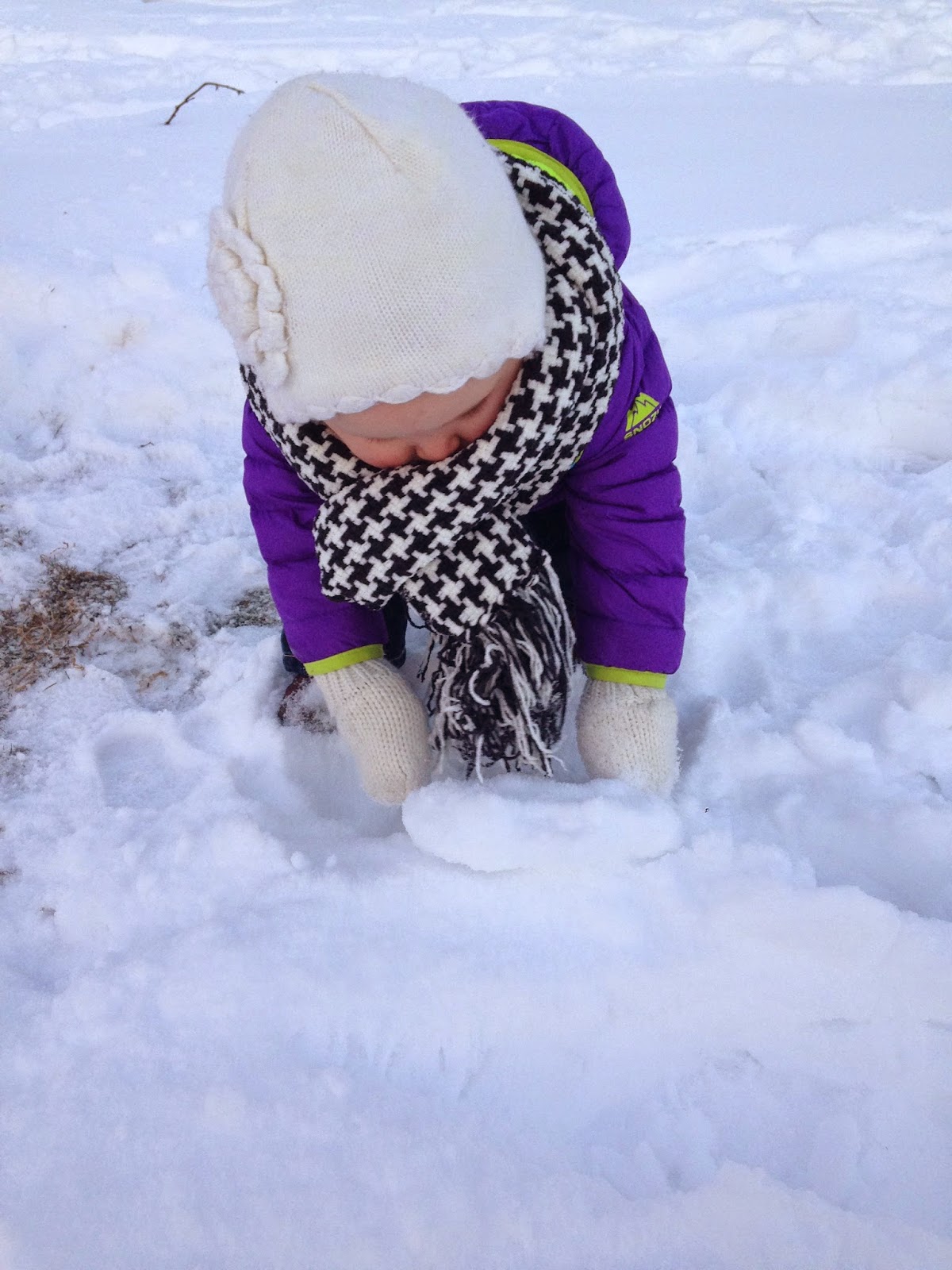 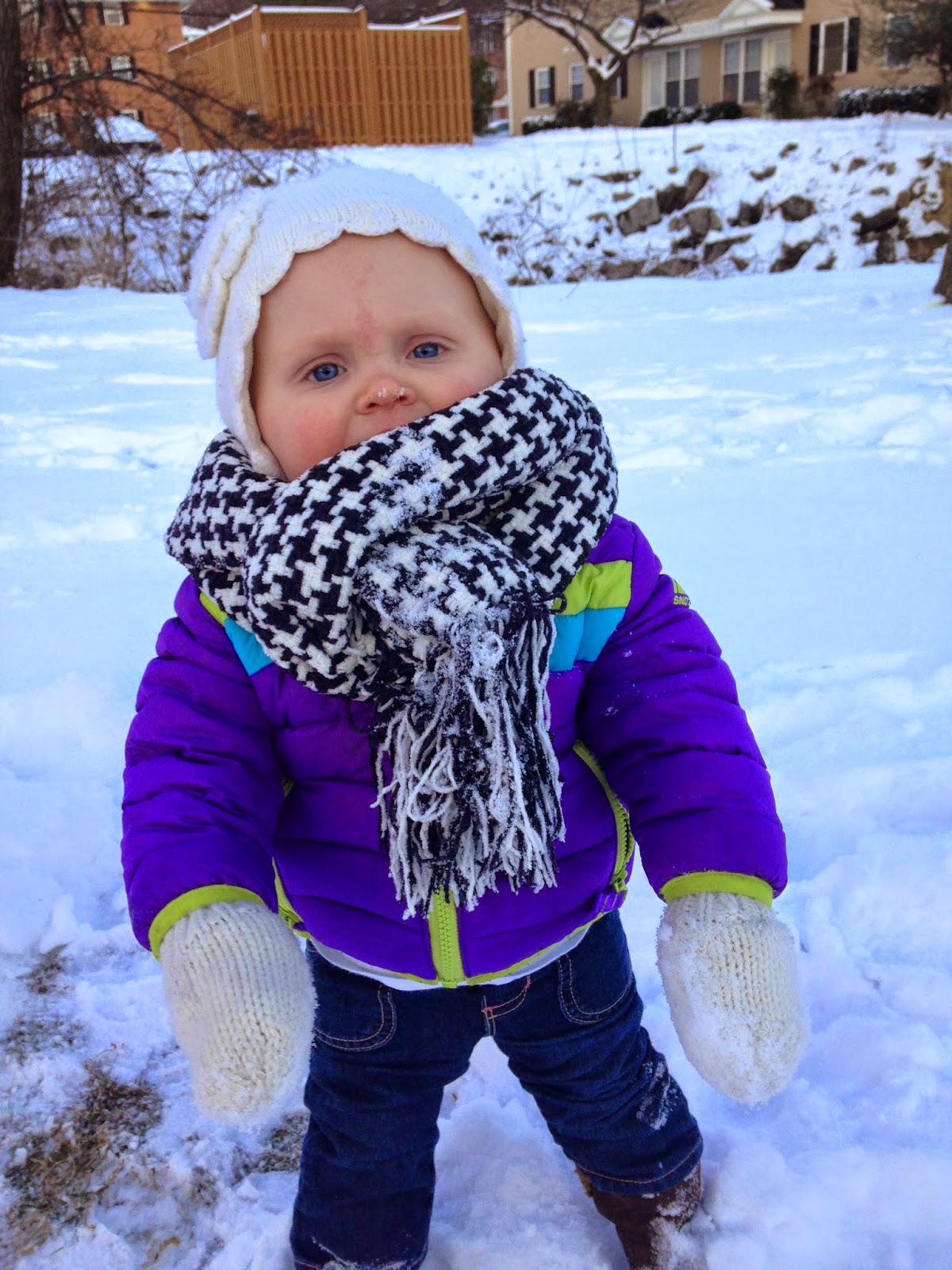 I was certain she was going to fall over but she balanced herself so well, even with that giant scarf on (which kept her SO WARM!) 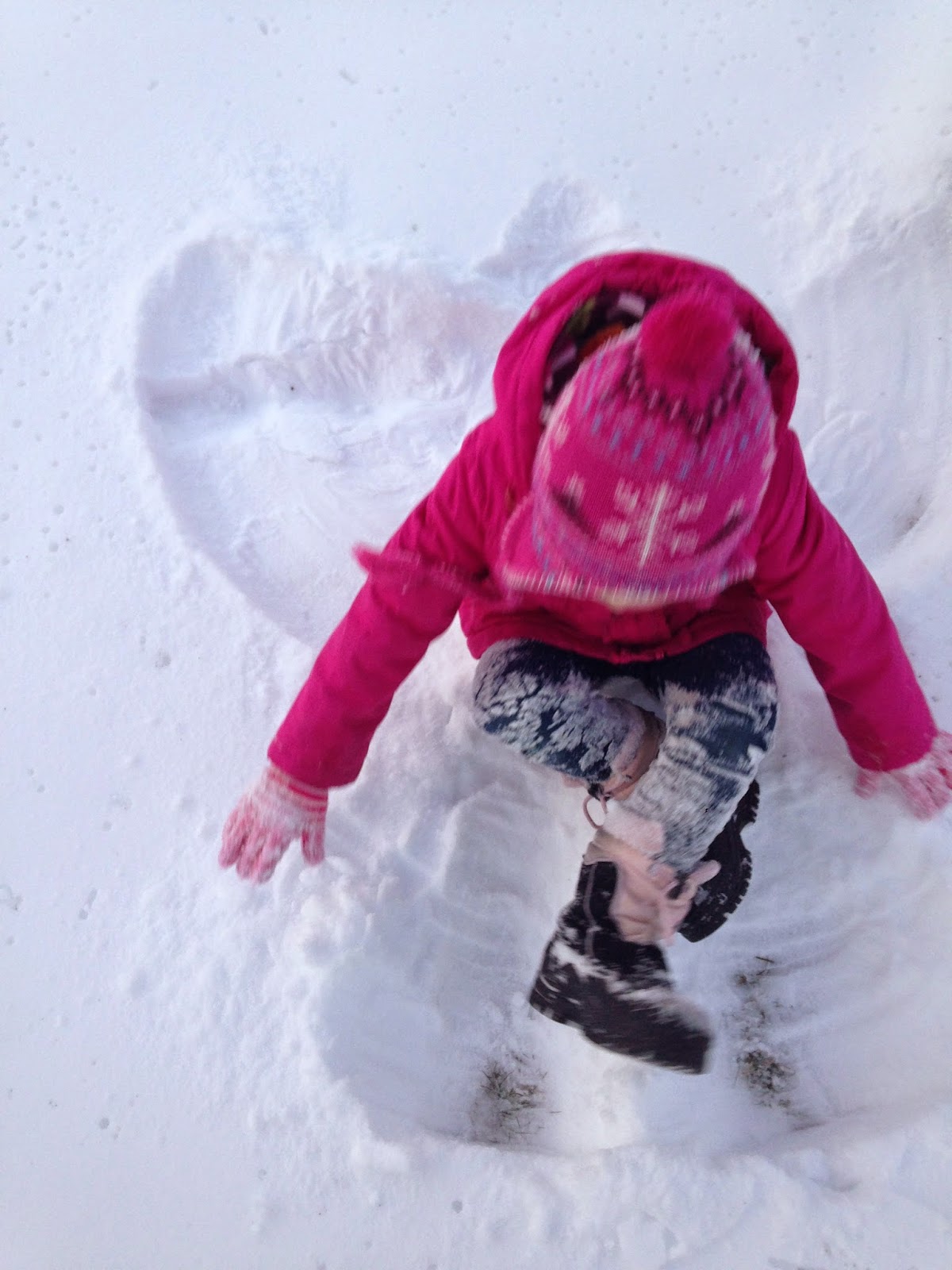 Making snow angels is a must every time we go out 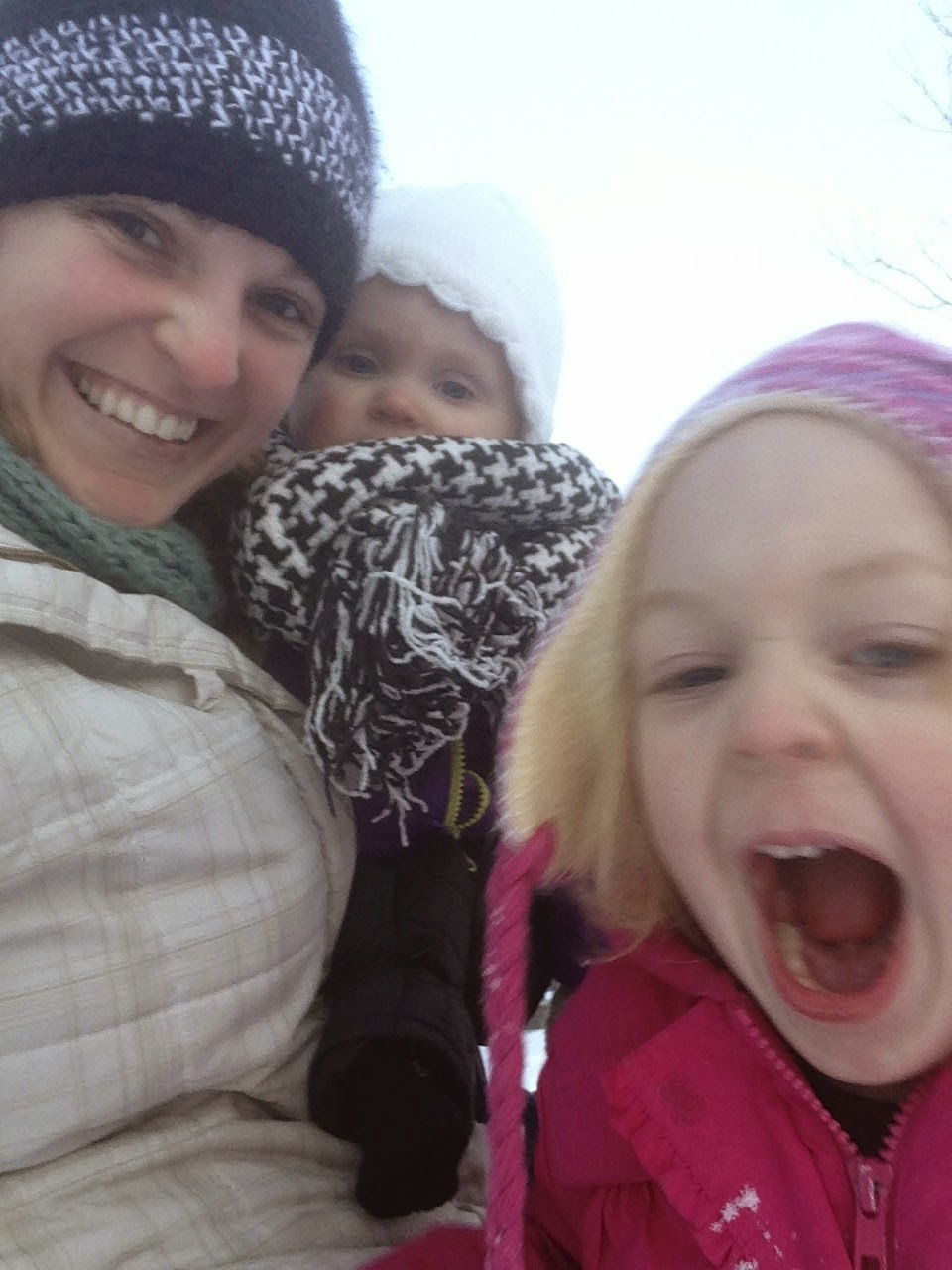 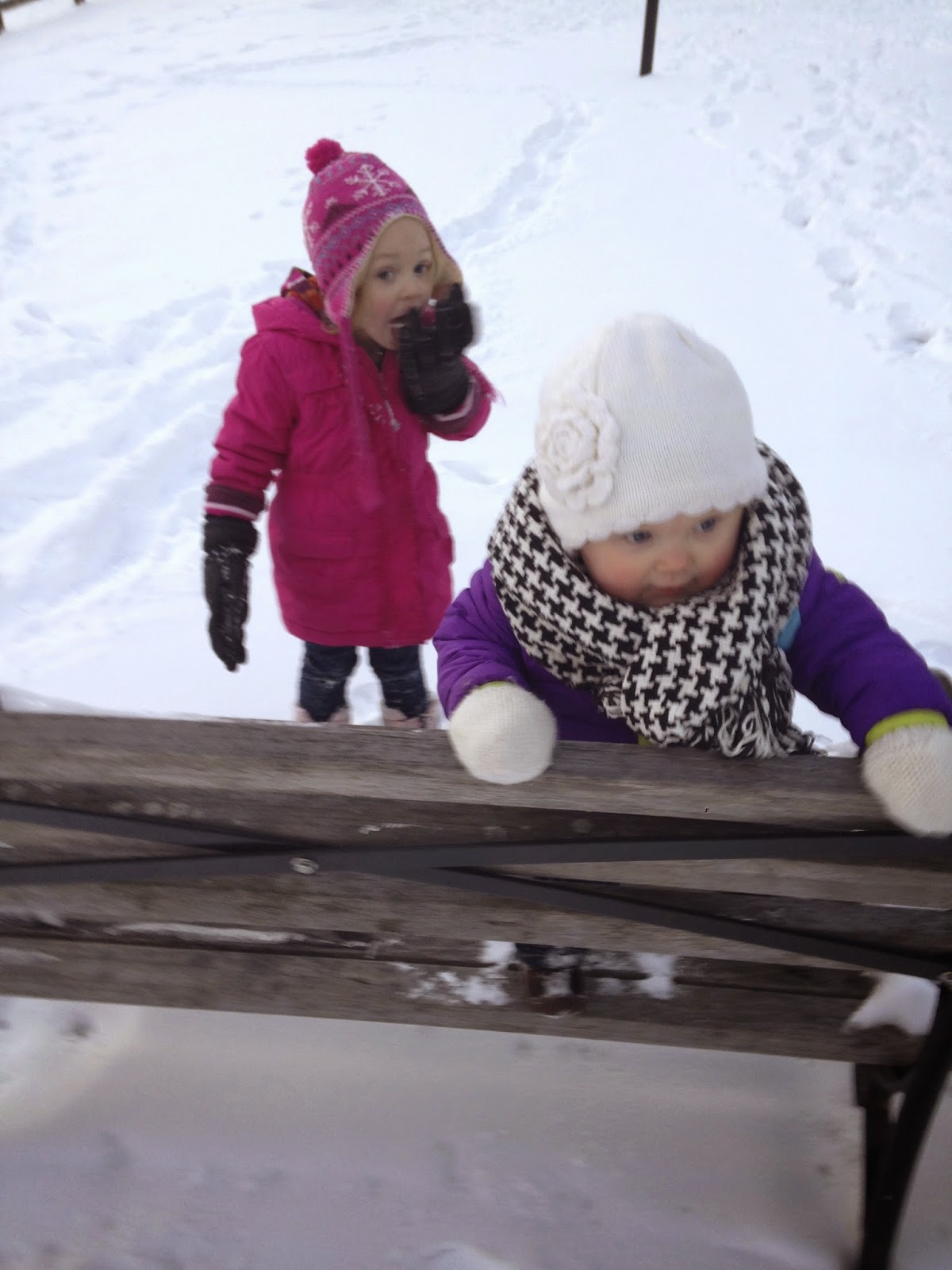 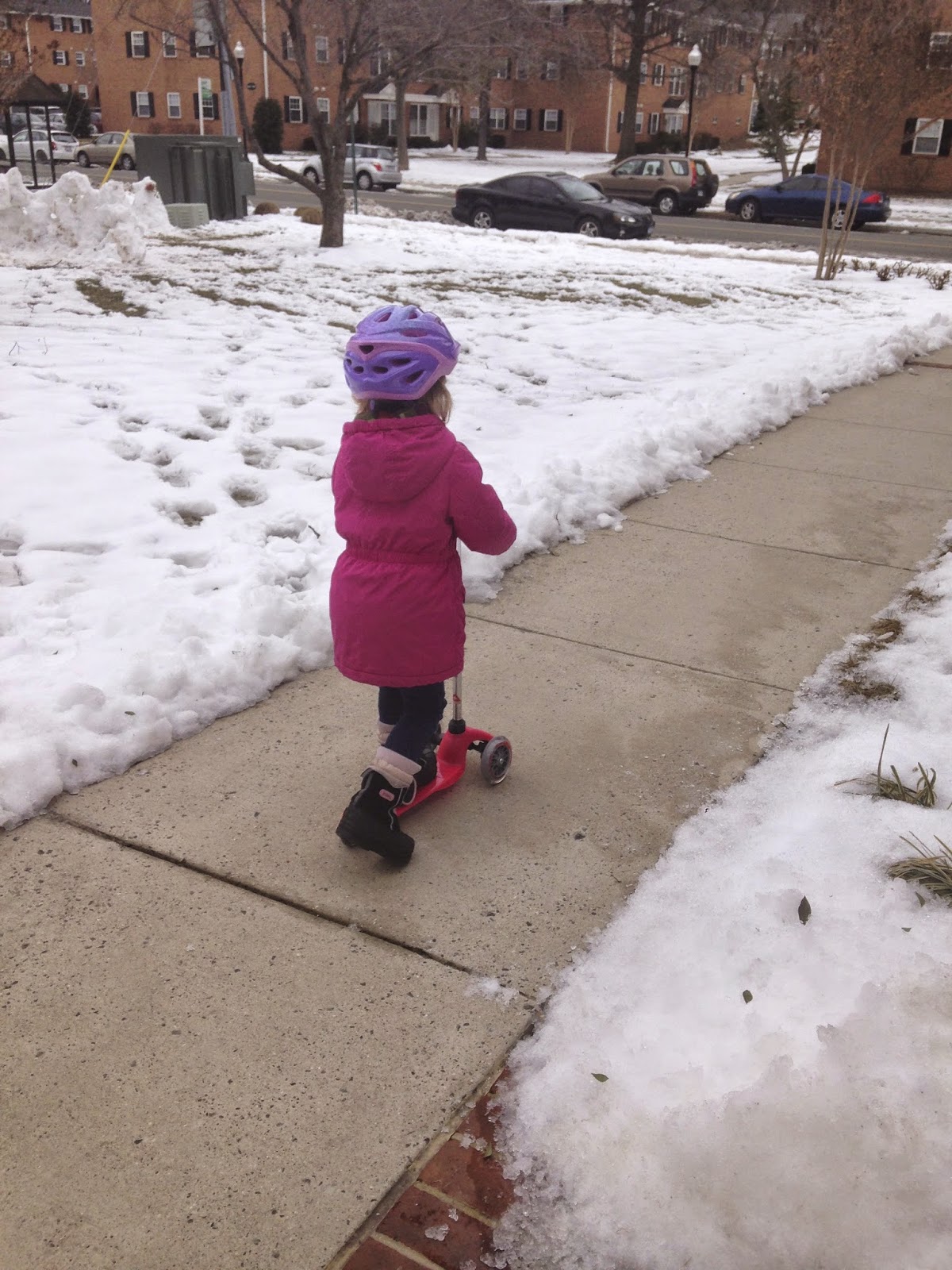 Taryn over riding her scooter everyday! 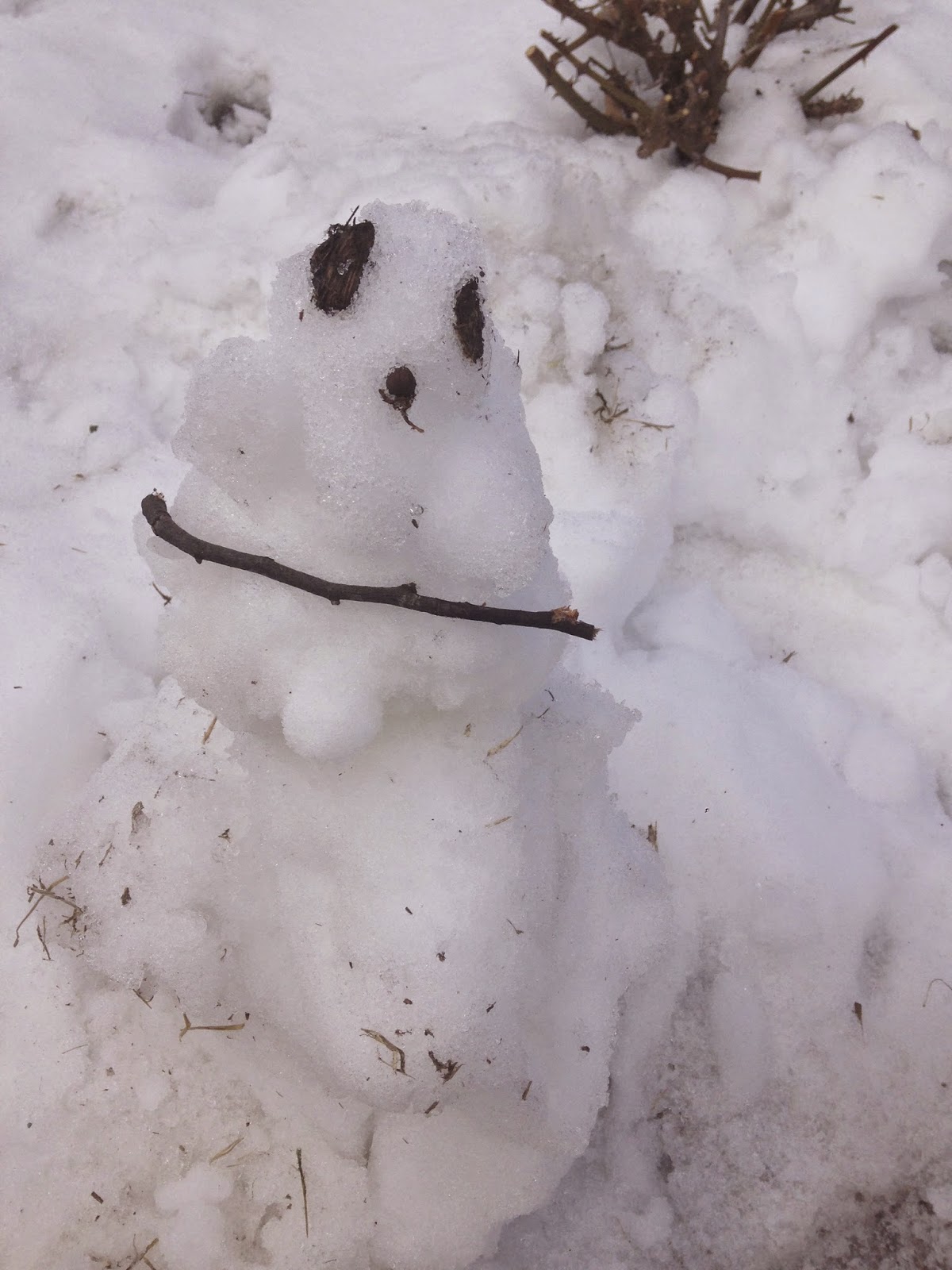 One of our snowmen. Taryn asked me to bring a carrot outside with us one day so we could put it on a snowman. We forgo about the carrot but we still made out little snowman. 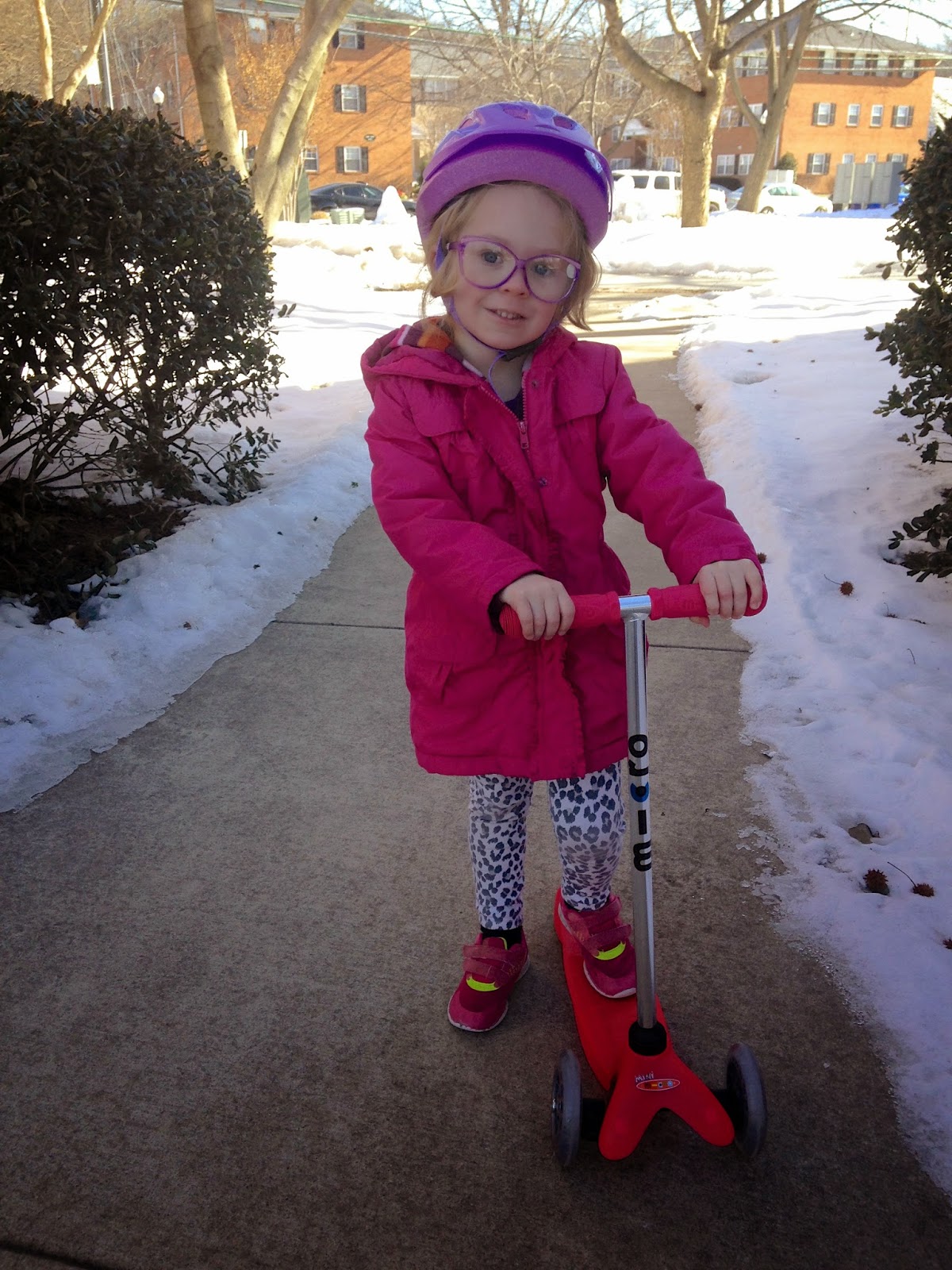 Leopard pants, fake glasses and scooter. This girl is set for the day! 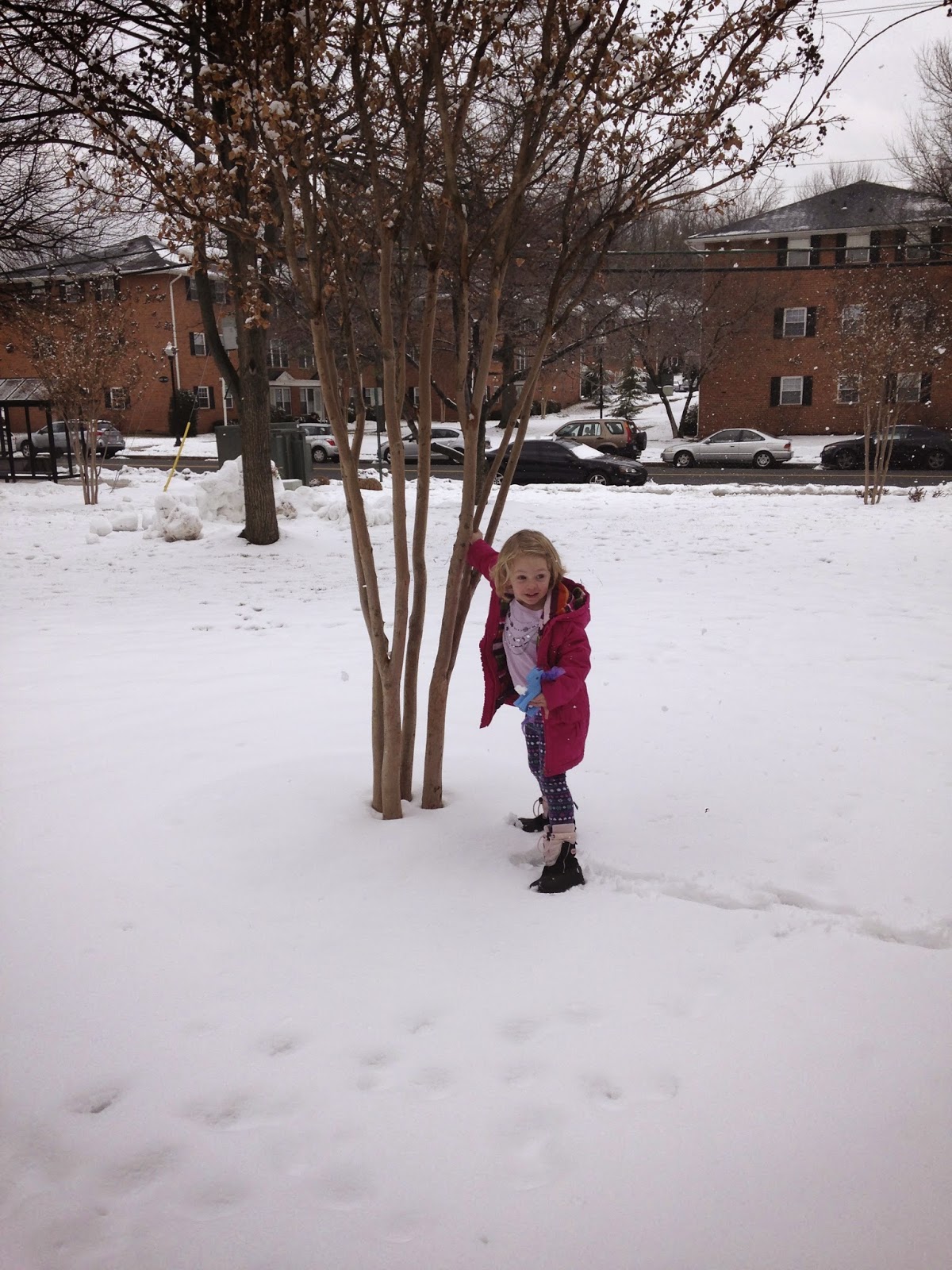 Taryn thinks it's hilarious to shake the trees and watch the snow fall down around her. "I'm making it snow!" 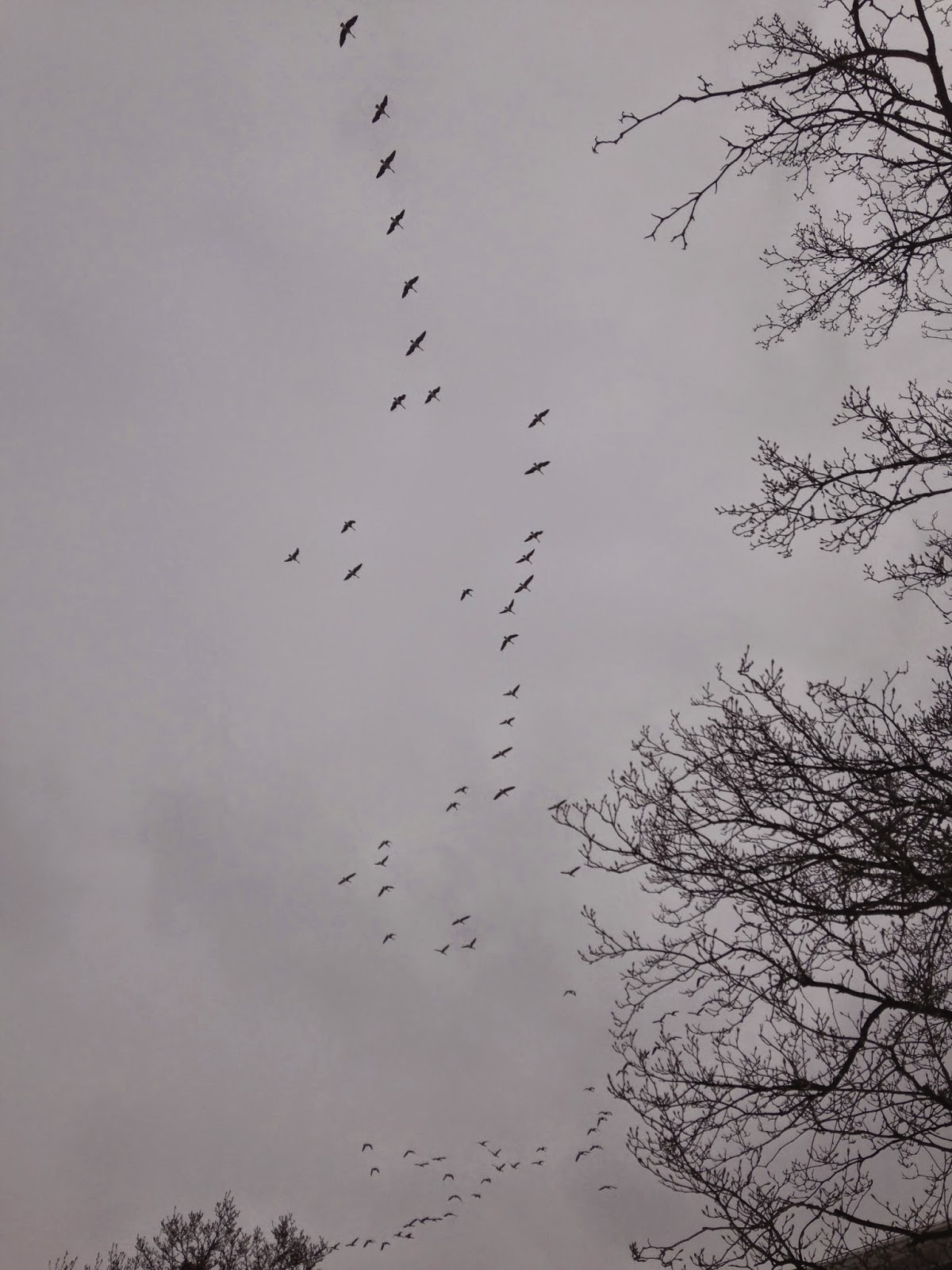 The candian geese love to munch on grass across the street from where we live. Their honks are so loud and always remind me of family :) 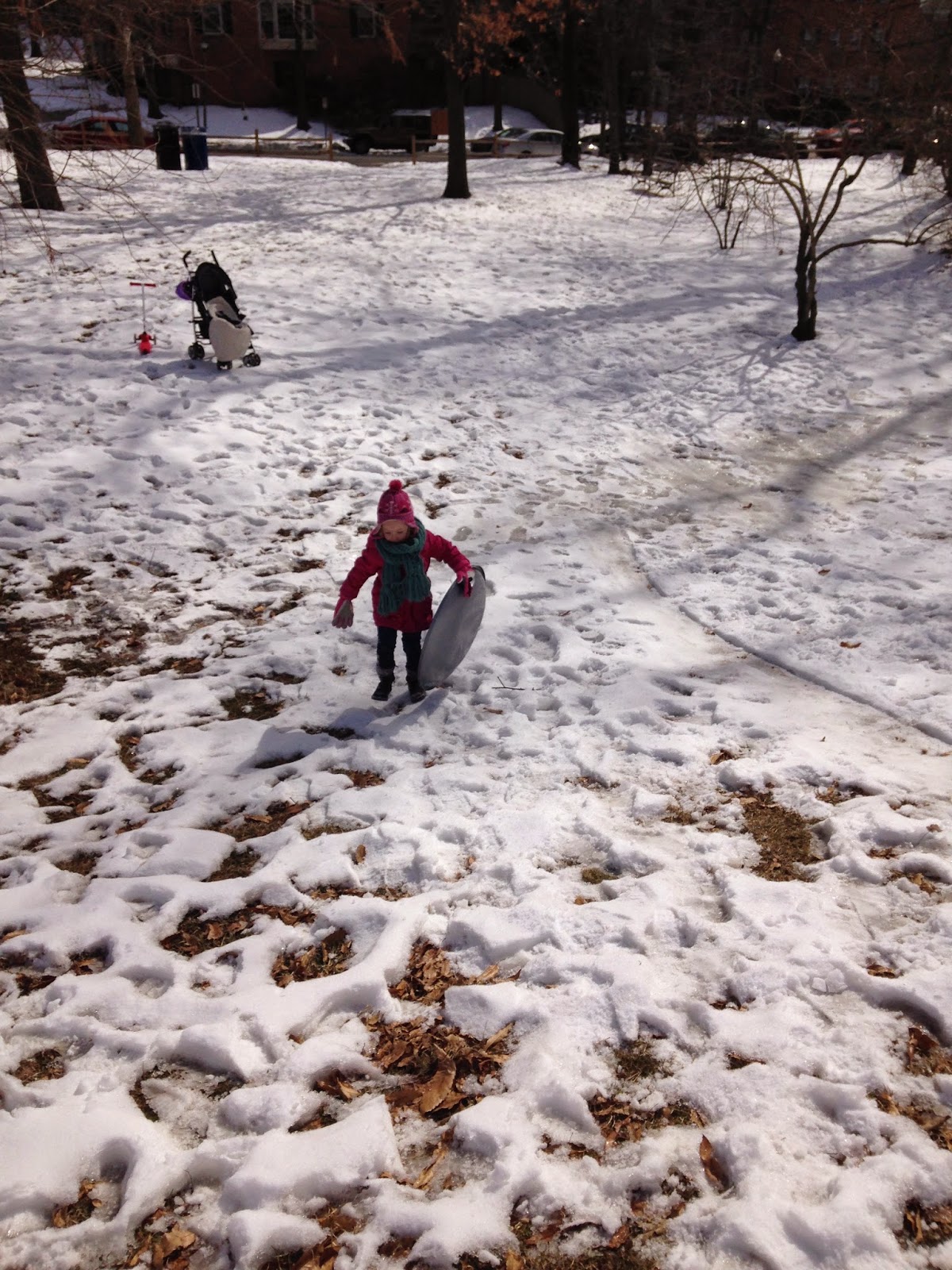 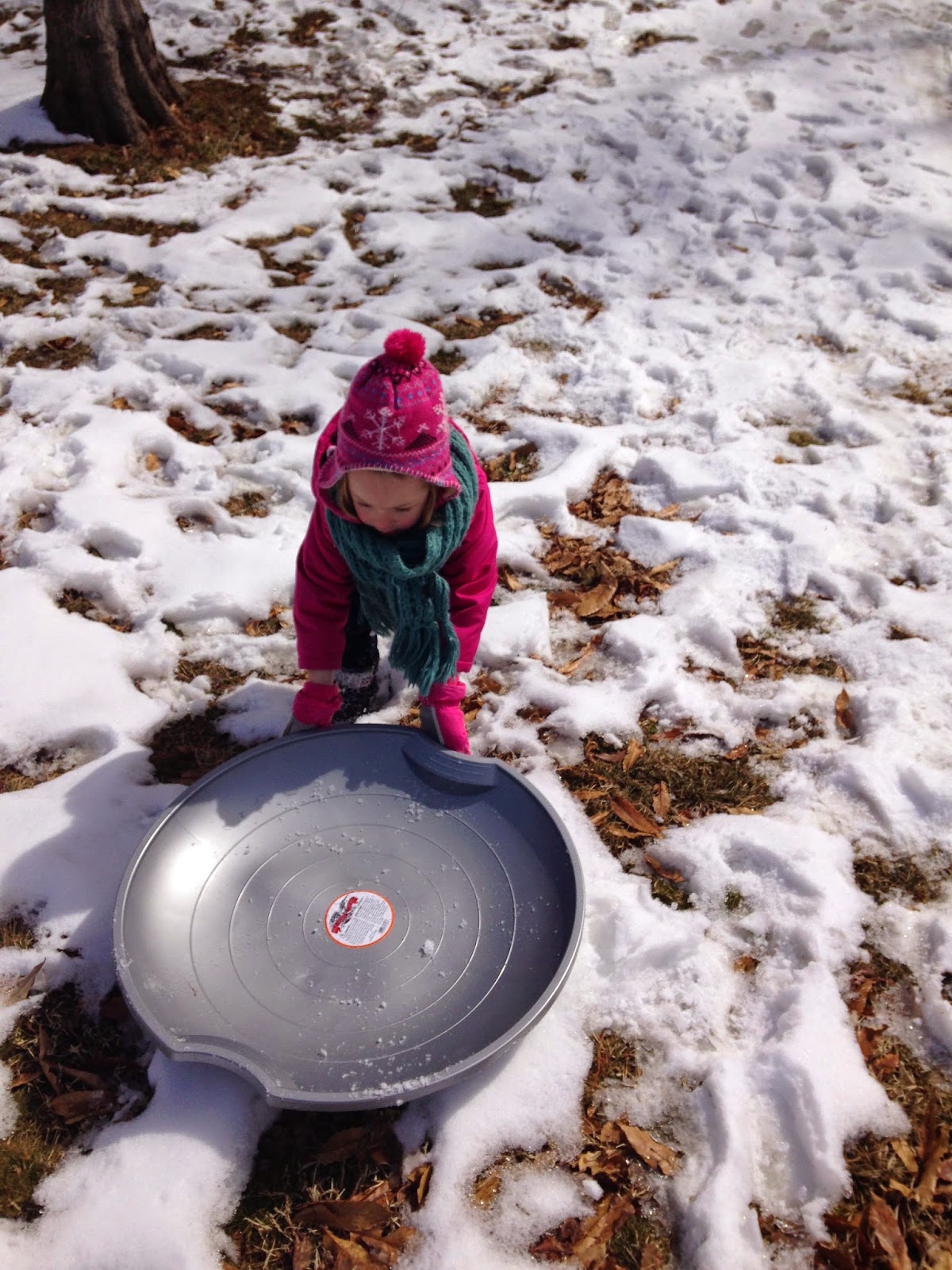 Taryn was afraid to keep sledding on her birthday (she only went three times!) but we gave sledding another go a few weeks later and she loved it. Turns out she was scared of how big the hill was the first time ;) So we spent a good portion of our afternoon sledding down this little hill by our house. 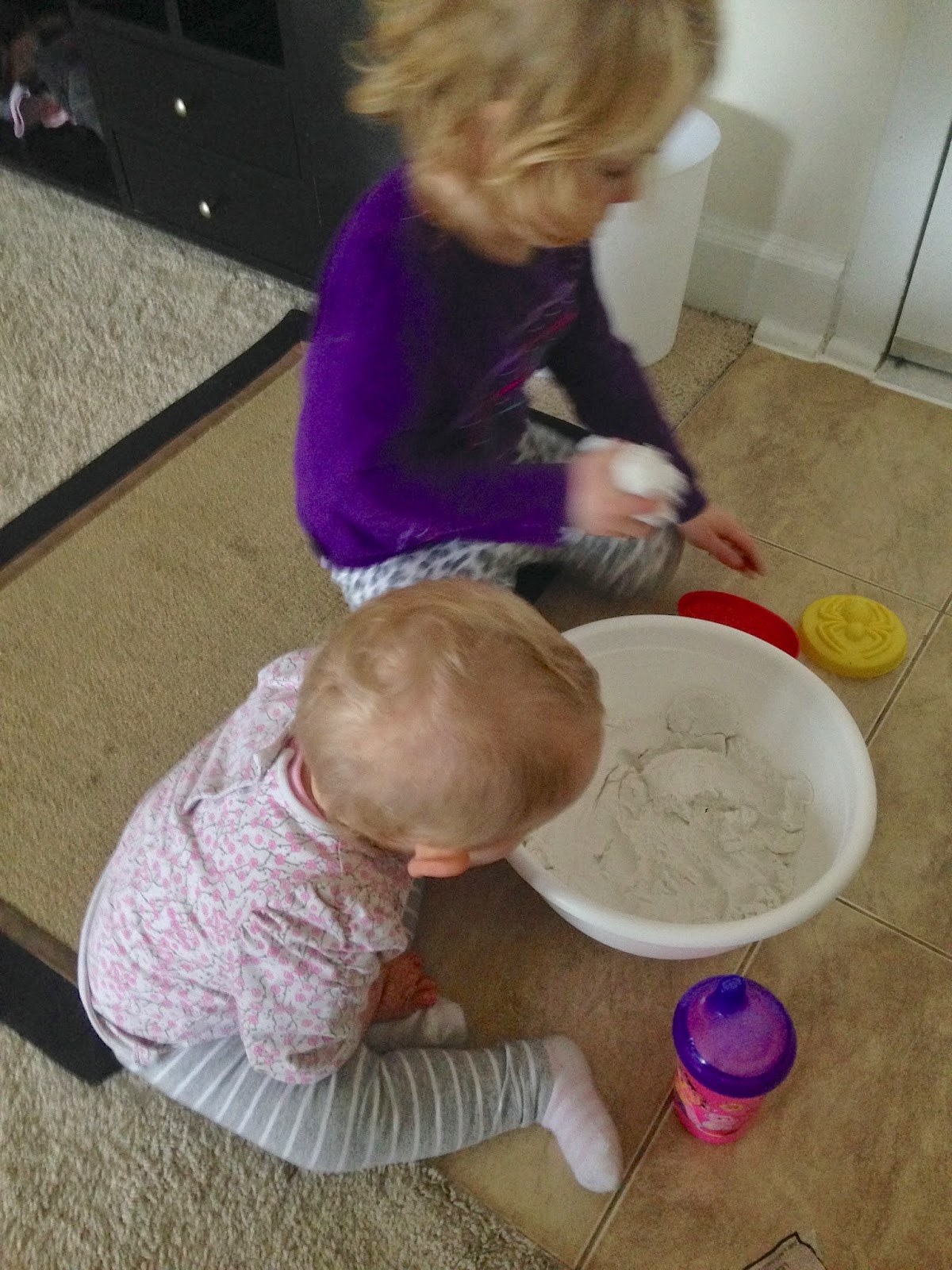 When we can't go outside, we play inside with one of Taryn's birthday gifts. Kinetic sand! It has been a huge hit over here for both Hadleigh and Taryn. I LOVE kinetic sand!!!! 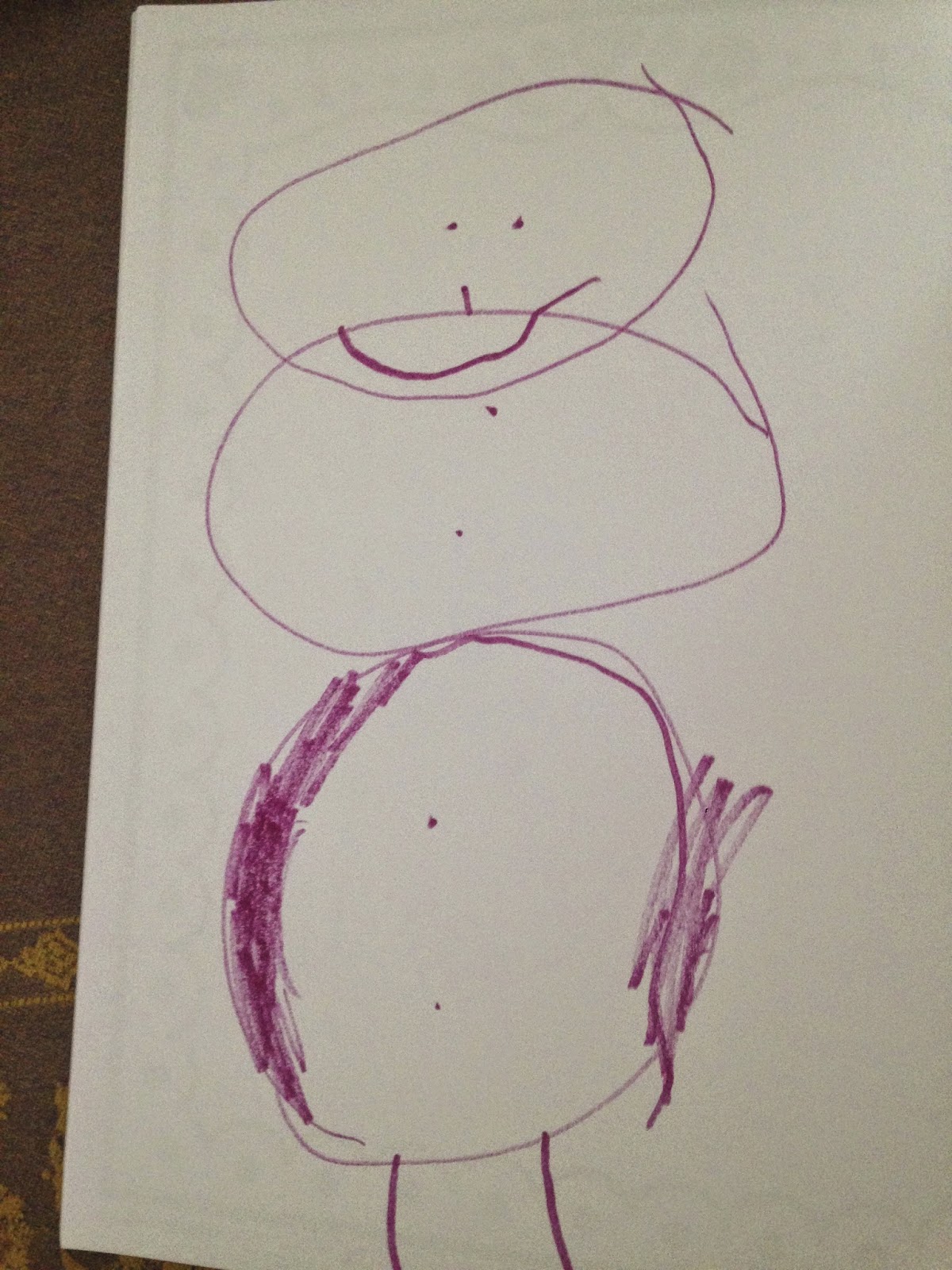 I think the snow days are over but we did get plenty of play time in it!