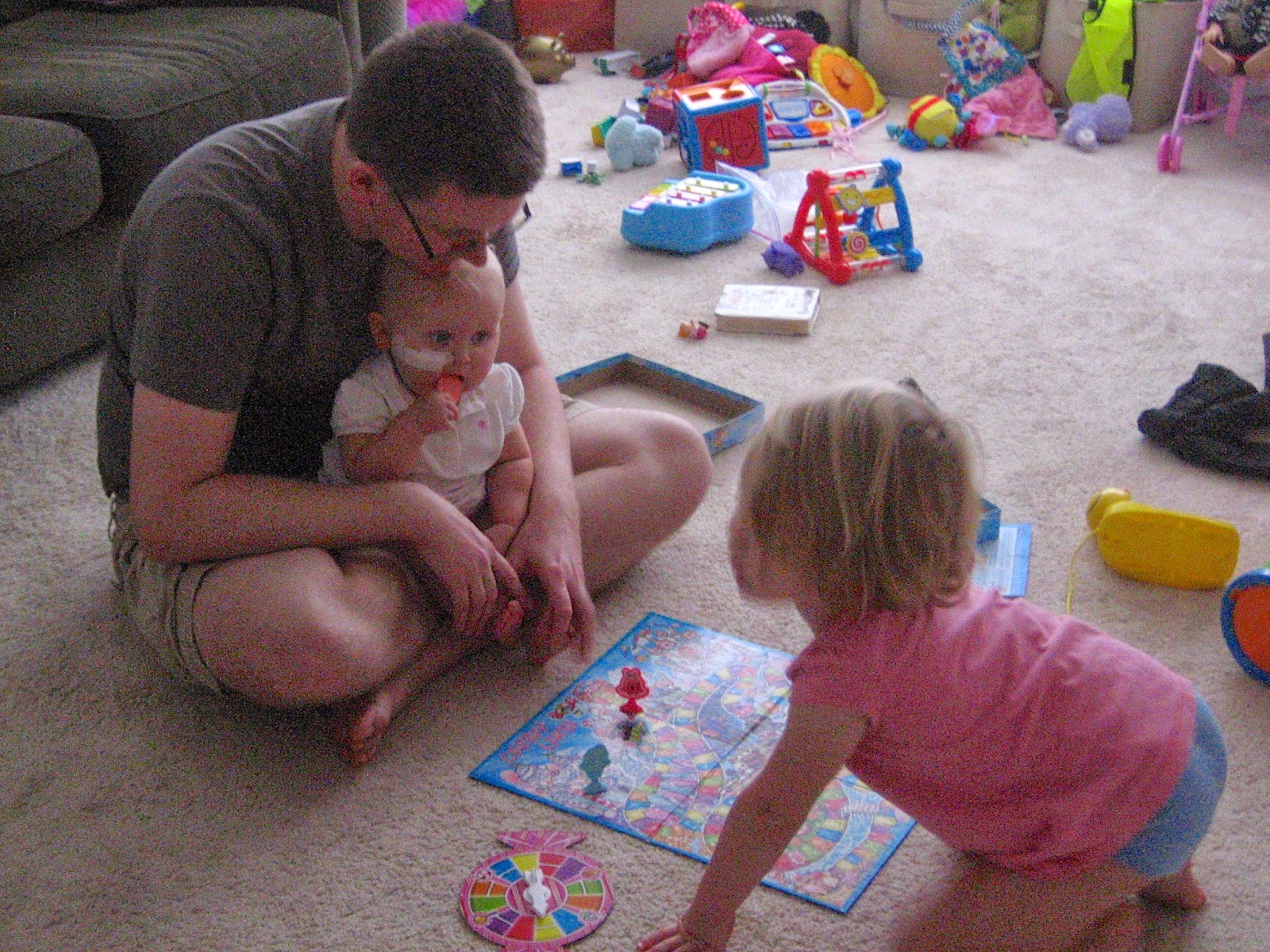 This past week we were out. All us girls had Hand Foot Mouth. I was so worried the second Taryn came down with it and when I figured out what it was. I was terrified it would be the worst thing ever, as my friends as said it was, and that everyone in our house would get it.
Well, 3 out of 4 is close enough!
Tyson has that amazingly awesome immune system and hardly ever gets sick. Lucky guy!!

The above picture is one of my favorites.
He and the girls played Candy Land together during Tyson's lunch break last week.
Tyson worked from home for 3 days last week because we thought it would be best for him to stay away from work to not spread the disease and also, I was so weak the first day, it was hard for me to do anything but sleep. He did the grocery runs, helped clean, did dishes (over and over again!), helped with dinner and took Taryn to a fall festival while Hadleigh and I were still getting better.
We love Daddy!
He made that week of sickness sooo much better.
Thank you for working from home and saving our sanity while we were isolated! 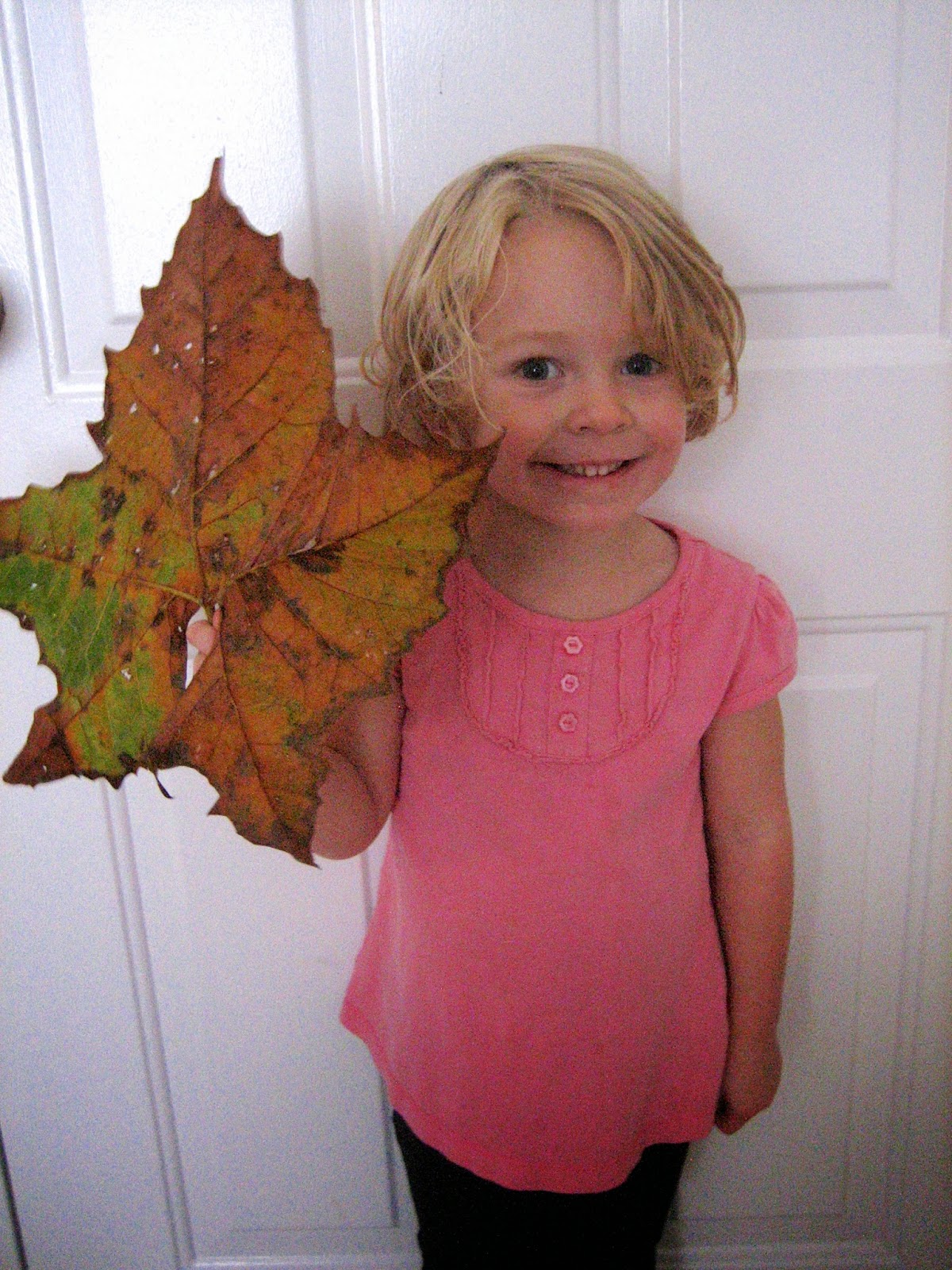 Taryn, like with most things, was quick to have HFM and quick to get over it. So while we tried to stay isolated, we took a lot of walks outside. It was great to get out in the beautiful Fall weather and have a chance of scenery!
We found this giant leaf on one of our walks and had to bring it home to show Tyson. 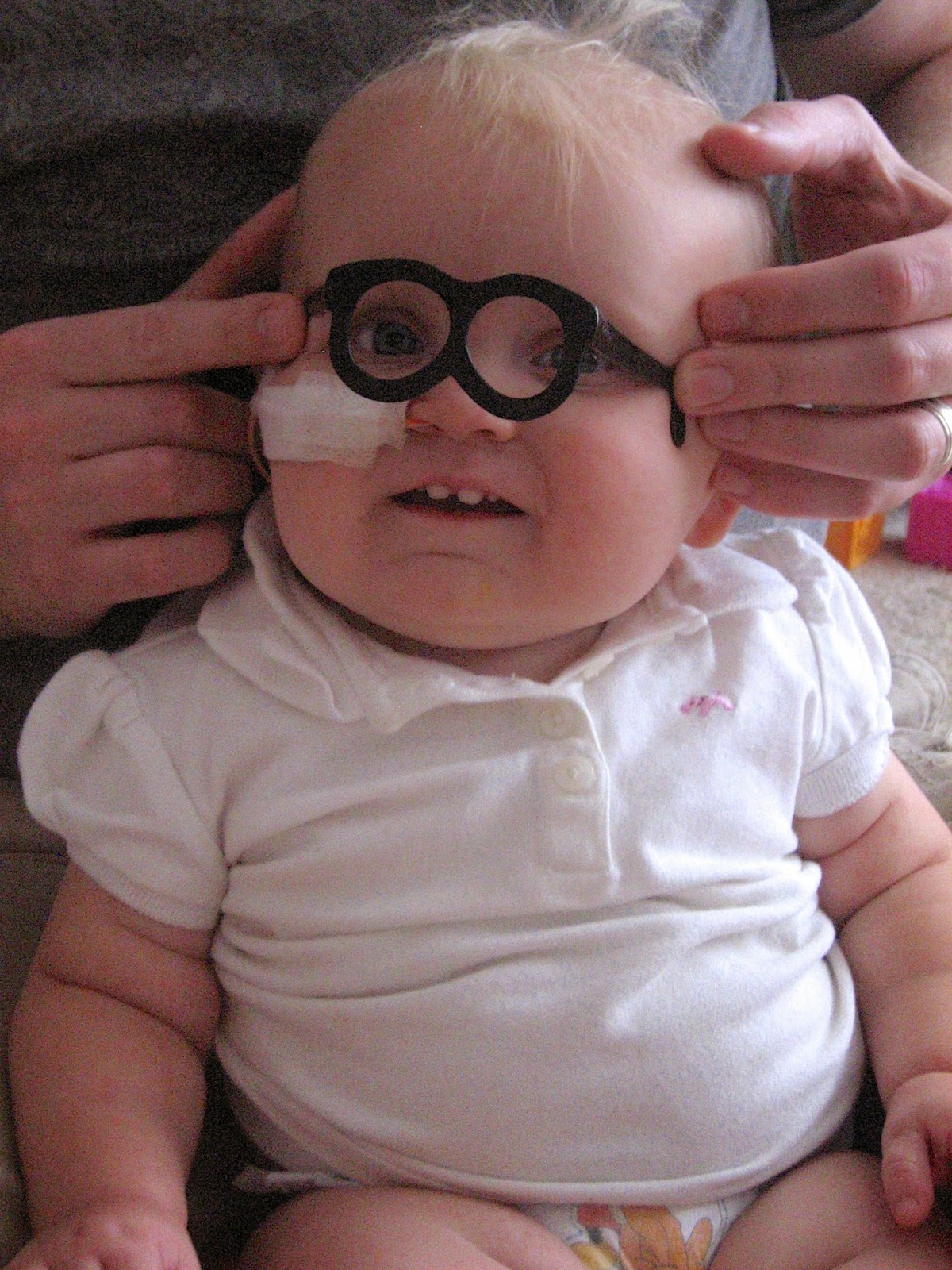 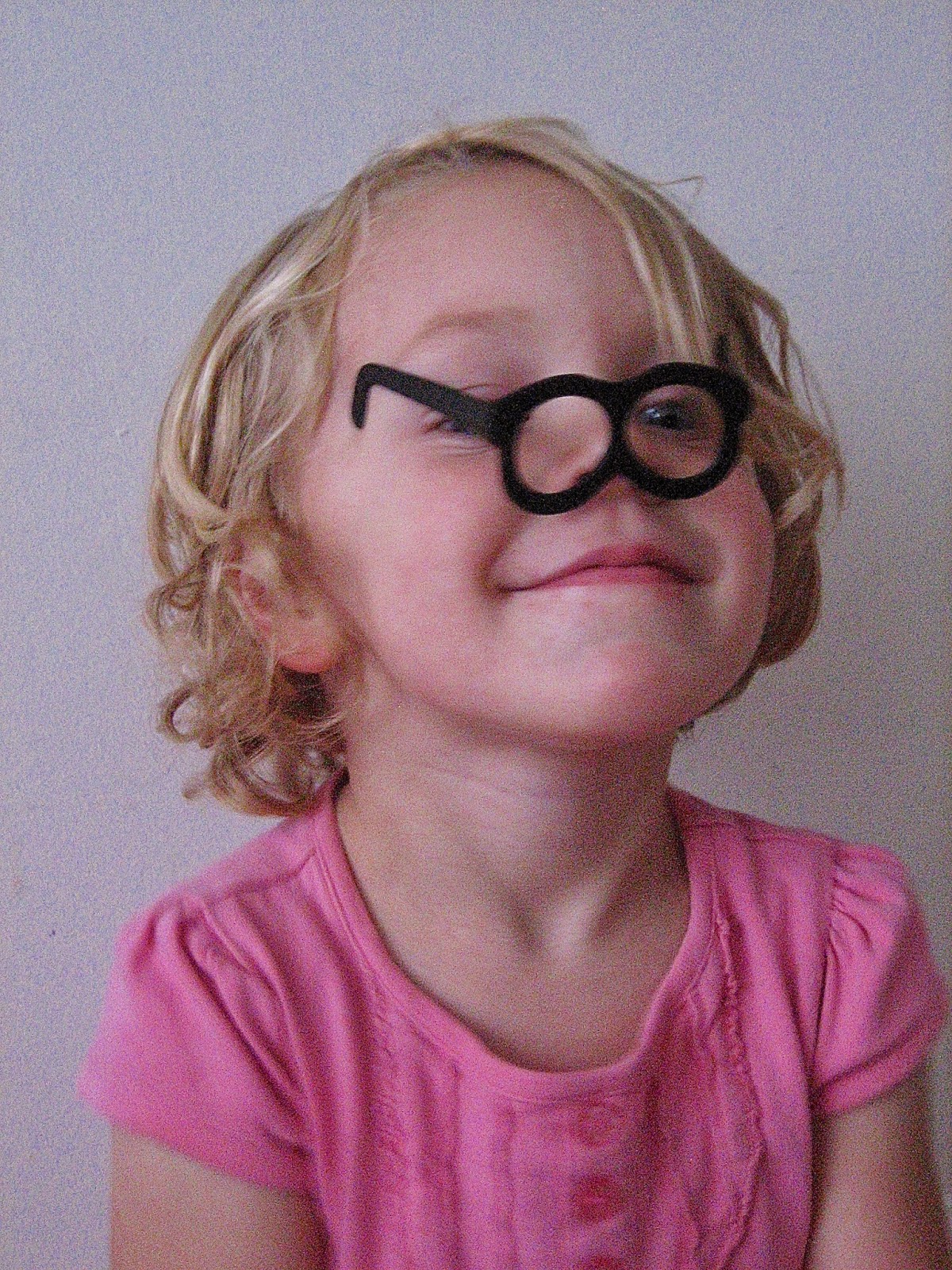 Trying to laugh and have a good time in the middle of being sick. 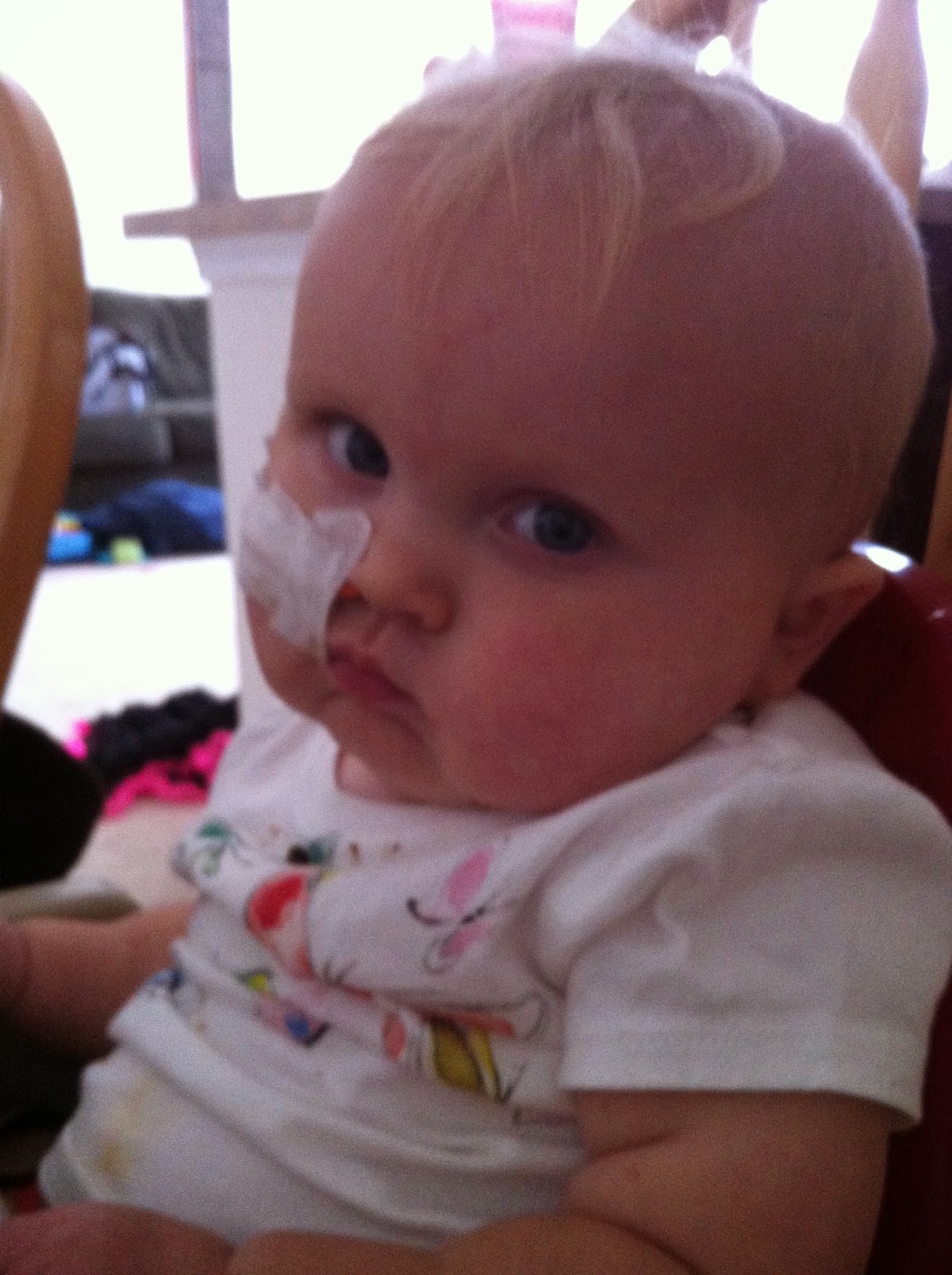 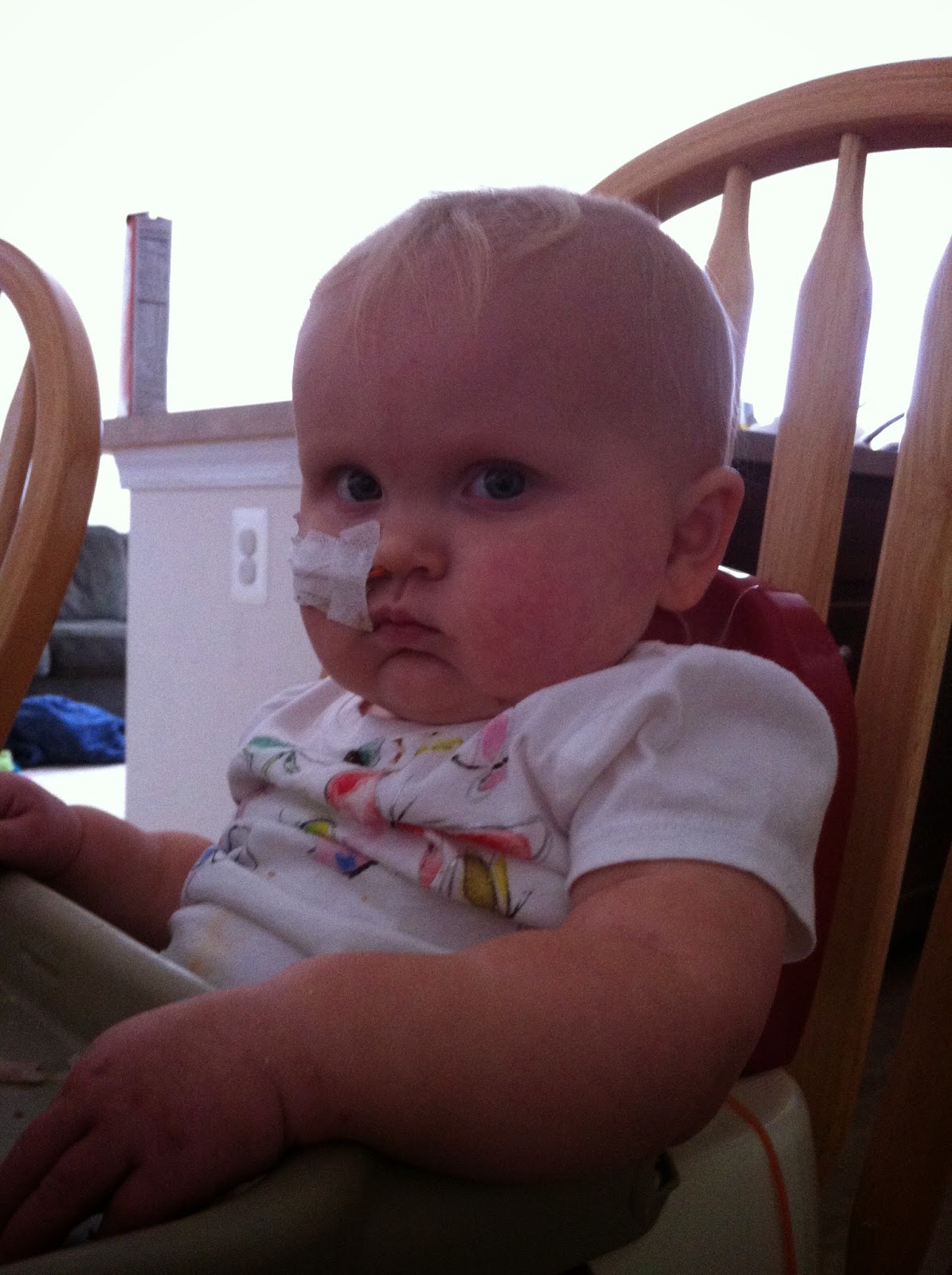 Hadleigh doesn't hide her emotions.
She was miserable for a few days with her fever and blister rashes.
Poor girl. As if she hasn't been through enough already!!!!

We're so glad that HFM is done and gone and that us girls are back to normal!
Taryn asked me this morning,

"Mom, can I go to gymnastics this week?"
B-"Yes, Taryn. Because you are all better!"