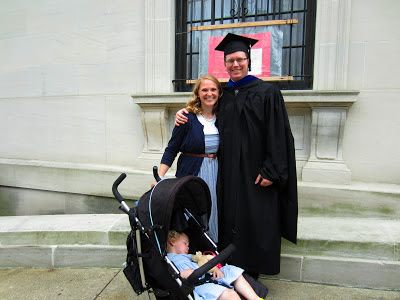 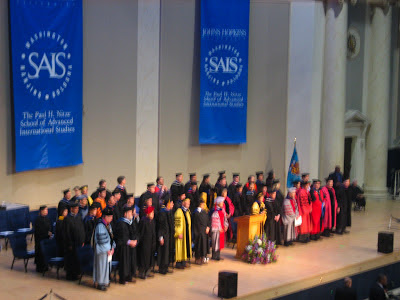 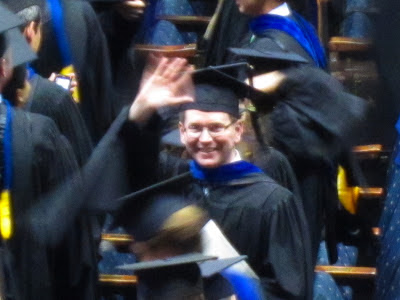 We had a wonderful time celebrating on Thursday (and through the weekend) for Tyson's graduation.
These past two years have truly flown by. Taryn was only 6 months old when Tyson began at SAIS! We've lived in Bologna, Italy and now in Washington D.C. It's been a great adventure, taking us thousands of miles, meeting many people from around the world, Tyson writing and reading (and more reading and writing...) and us growing so much over the last few years. Tyson has worked so hard to make it this far and we are so proud of him. 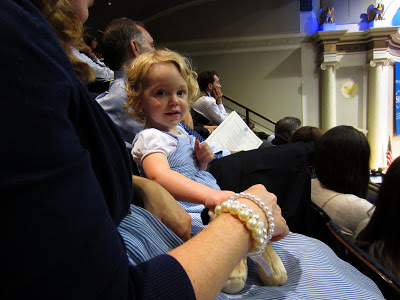 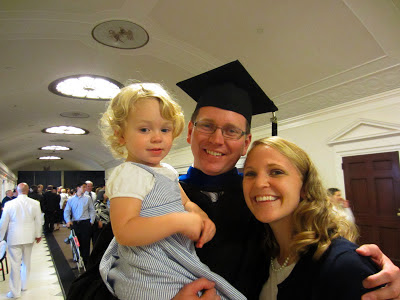 Taryn was so excited to see Tyson graduate. When it was his turn to walk across the stage, she began yelling, "There's my Daddy!" over and over again. From the top of (what I call) the nose bleed section of the DAR auditorium, I'm pretty sure everyone could hear her! It made me so happy and I know that  Tyson loved seeing his daughter cheering and waving like crazy for him. 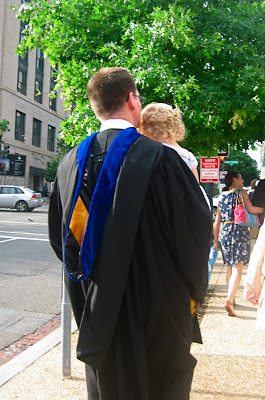 Tyson and Taryn walking to SAIS for the Reception after Graduation. 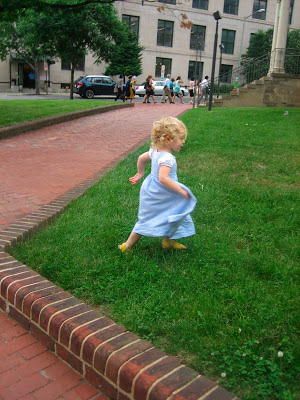 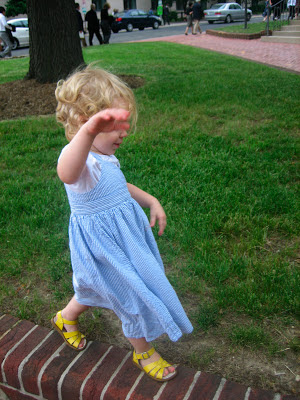 Sitting for 3 hours during a Graduation Ceremony- yeah- not her thing. After awhile we spent our time  at the top of the auditorium while Taryn ran up and down some empty rows. Thanks to Grandma Smith, Taryn had a new little stuffed dog and some goodies to keep her occupied. She was very happy to run outside when the ceremony was done. 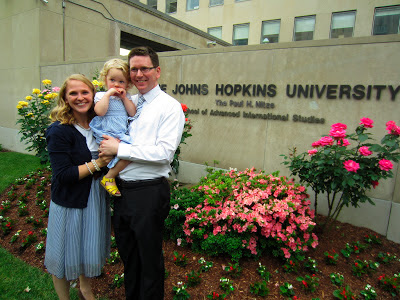 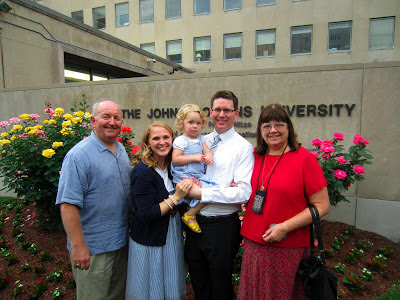 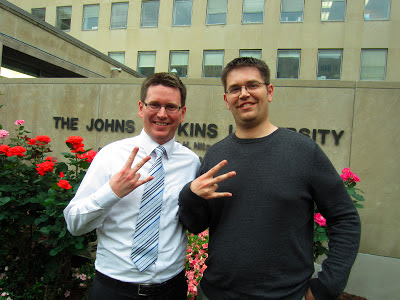 Once a Sun Devil, always a Sun Devil- Go ASU!
We were so happy to have Tyson's parents come in from Arizona and spend the weekend with us. Also we were lucky to have one of Tyson's brothers, Todd and his family out for the weekend too! We had not seen them all since last August. It was a great weekend of catching up and enjoying time together. 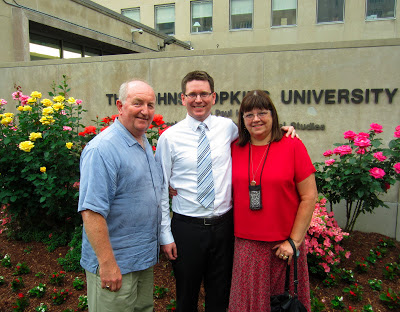 Congratulations Tyson!!!
Posted by Brianna at 10:59 AM