The First Day of His Last Year at ASU 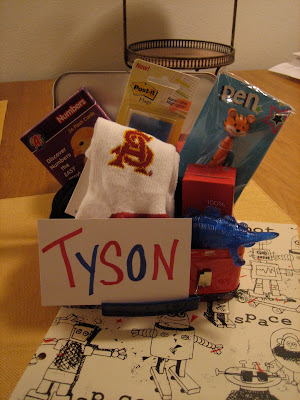 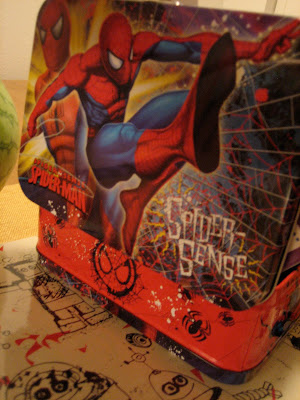 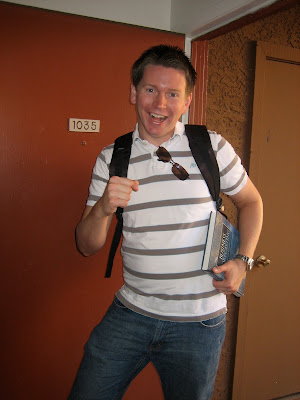 Ready for his first day!

Tyson woke up this morning to a little surprise goodie box- full of all the must need items for starting his First Day of His Last Year at ASU!

Juice Boxes to refill energy
A tiger pen for note taking
Post it notes for reading
Black socks
ASU socks to support his almost Alma Mater
Counting flash cards - just in case he forgot his numbers over the summer :)
A light up blue dinosaur. Who doesn't need one of those?!?
The ultimate Spider Man Lunch box so he can be stylin' with all the other college kids!
and a hilarious Robot folder that makes me laugh everytime I look at it.
(Tyson told me that's where he is going to keep his Important papers in....so they can be protected of course!)

I am so proud of Tyson and all that he has accomplished to make it this far! The month of May doesn't even seem that far away anymore (yea-graduation!) He has worked SO HARD to get where he is right now and I know he will GO FAR with everything he has learned during this time. This semester will be full of Grad School applications, mid-terms, finals, and lots of studying on his part (and that's just the school part of it). I know it will be one of the most busy but also one of the most rewarding times of his life. Tyson is the best and such a hard worker. I am so proud of him! Good luck on your first day of school babe!
Posted by Brianna Smith at 8:35 AM