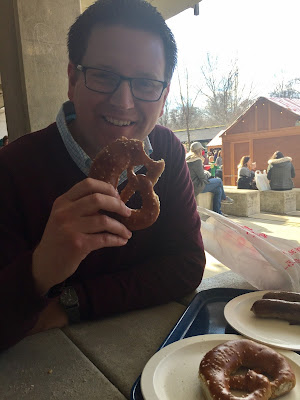 We're always up for an adventure that takes us to a new area of the DC Metro area or beyond. We heard about this German Christmas Market put on by a German school in Maryland. It was amazing! Almost everyone was speaking German and it really felt like some of the European Markets. They had Brats and Pretzels which we all devoured. Haddie didn't care for the brats but she's not a big meat eater right now. 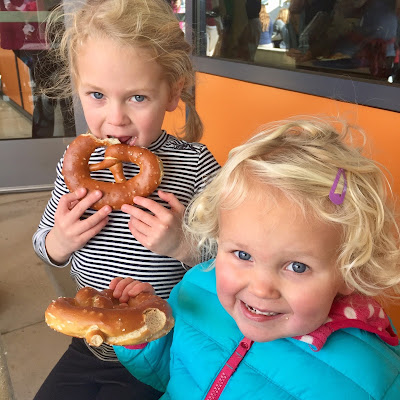 We all had a great time exploring the markets, playing at the playground, and trying new foods. 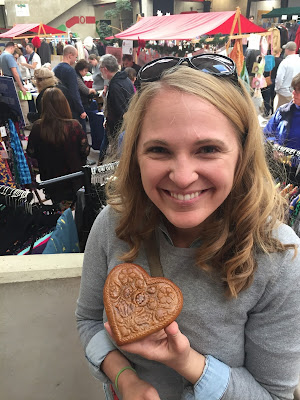 This cookie takes almost 5 days to make. It's a ginger cookie filled with dulce de leche and it's a traditional cookie in Europe. It was interesting and yummy and most definitely beautiful. 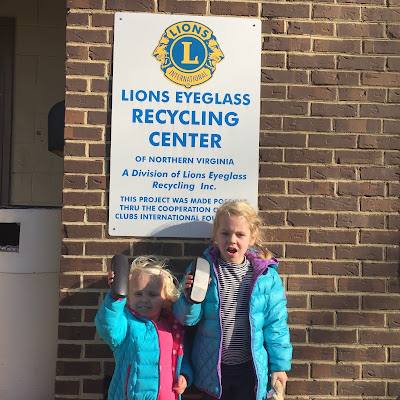 After the Christmas Market, the girls donated 2 pairs of Tyson's old glasses as part of the Light the World Campaign (I mentioned in the last post.) It's amazing that centers like this exist. They do so much good for others. I'm happy our girls could see a little bit of good in the world by helping others.

While on our way to donate the glasses, we saw a sign for Wolf Trap, a place we love dearly. It's a National Park dedicated to the Performing Arts. We've been able to enjoy a few performances there over the years. Passing the sign jogged my memory of an event that would be held soon. Sure enough, after we did some research, we found out that a free Holiday Sing-a-long would be held in a few hours. So we stopped by Target to grab candles and jiggle bells- both would be used in the songs sung that night, and headed to the show.
In moments like this, it makes me happy that we prepare. We had a lunch & snacks packed for all of us so we could make it through the show that went until 6pm. We had the girls in warm clothes which helped us make it through the chilly night. 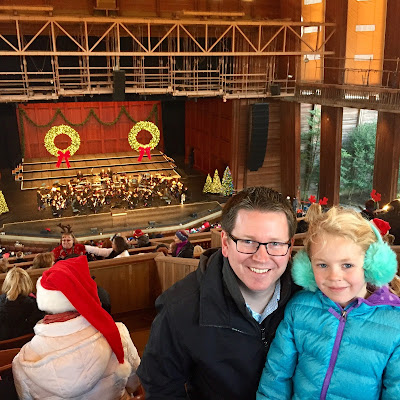 Haddie was tired and crashed in my arms, where she slept for almost the whole show- awake only for the Frozen songs, jingle bells, and Silent Night.
Taryn started out grumpy because we sat in seats and not on the grass (which was much colder) she got over that once she realized how much warmer she was (wrapped up in two picnic blankets) and when Santa, Rudolph and Frosty the Snowman came out dancing to music. 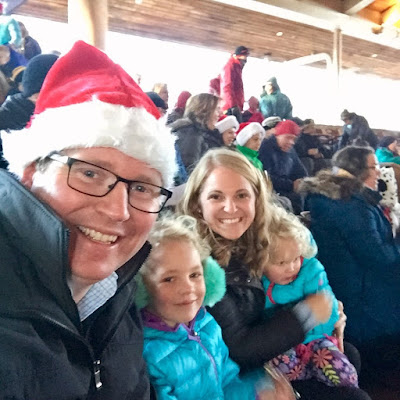 As Tyson would say, "we're not always spontaneous, but when we are..." it ends up being great.