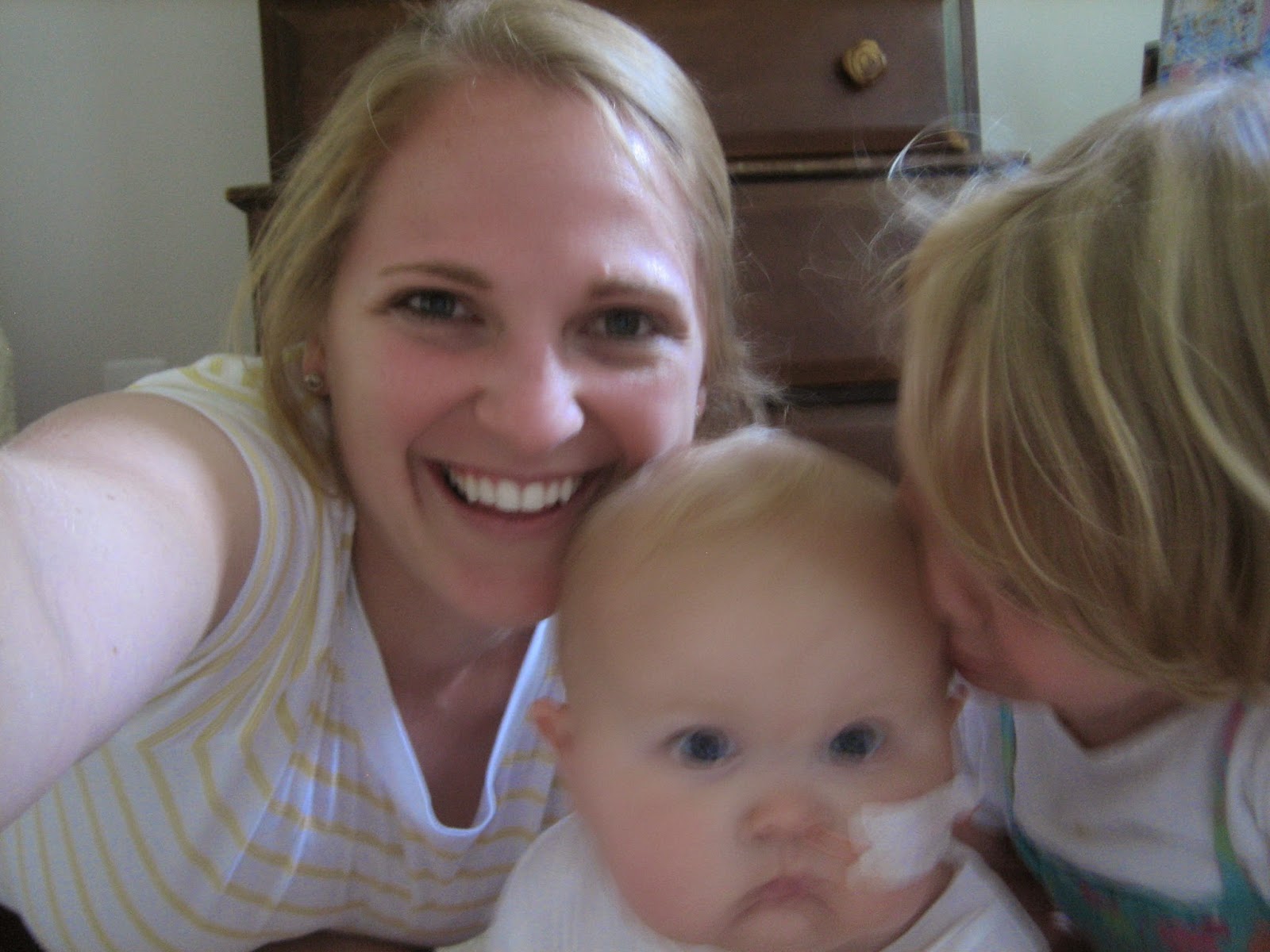 Big sister kisses are the best

Hadleigh lights up any time Taryn walks into the room. They have definitely grown closer over the past few weeks and it's been a lot of fun to see. Hadleigh will "chase" Taryn by rolling after Taryn who runs back and forth. They both find it hilarious. 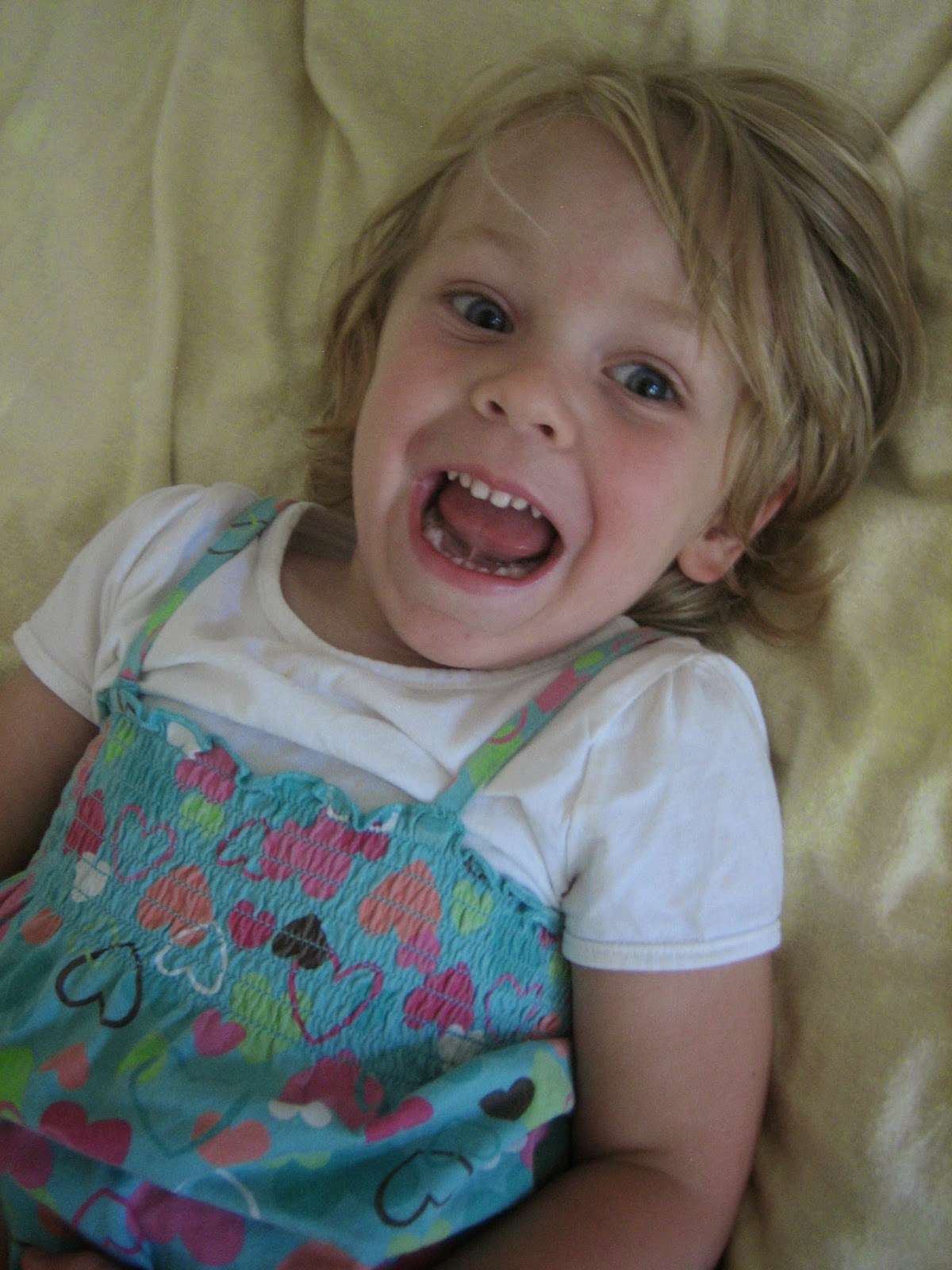 Such a happy girl after bouncing around on her bed 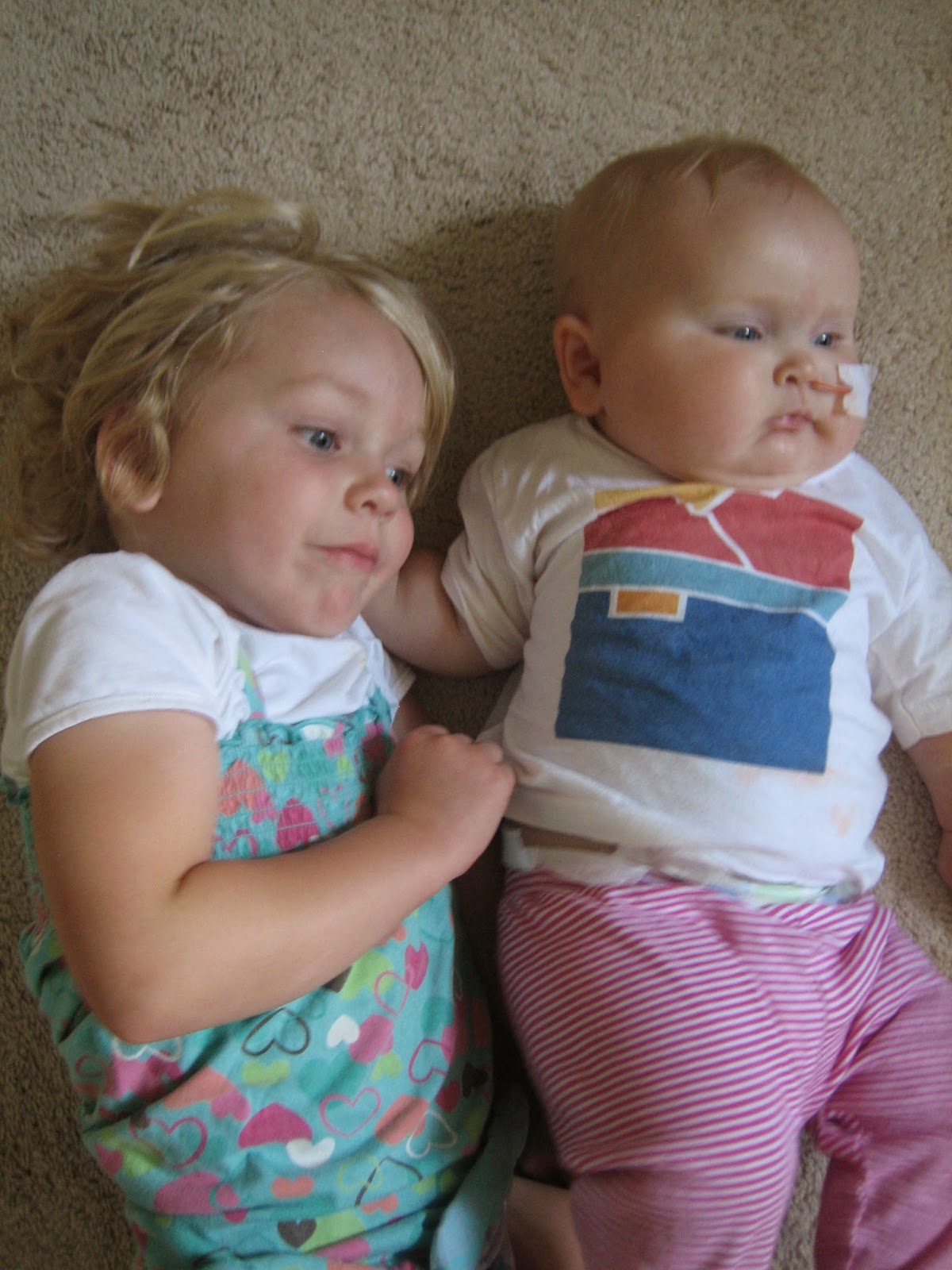 Amidst tons of kisses from big sister and trying to get them to look at the camera - I did catch this brief second in time when the window caught both of their attention. They sat there, arms around each other for a few brief but beautiful seconds. 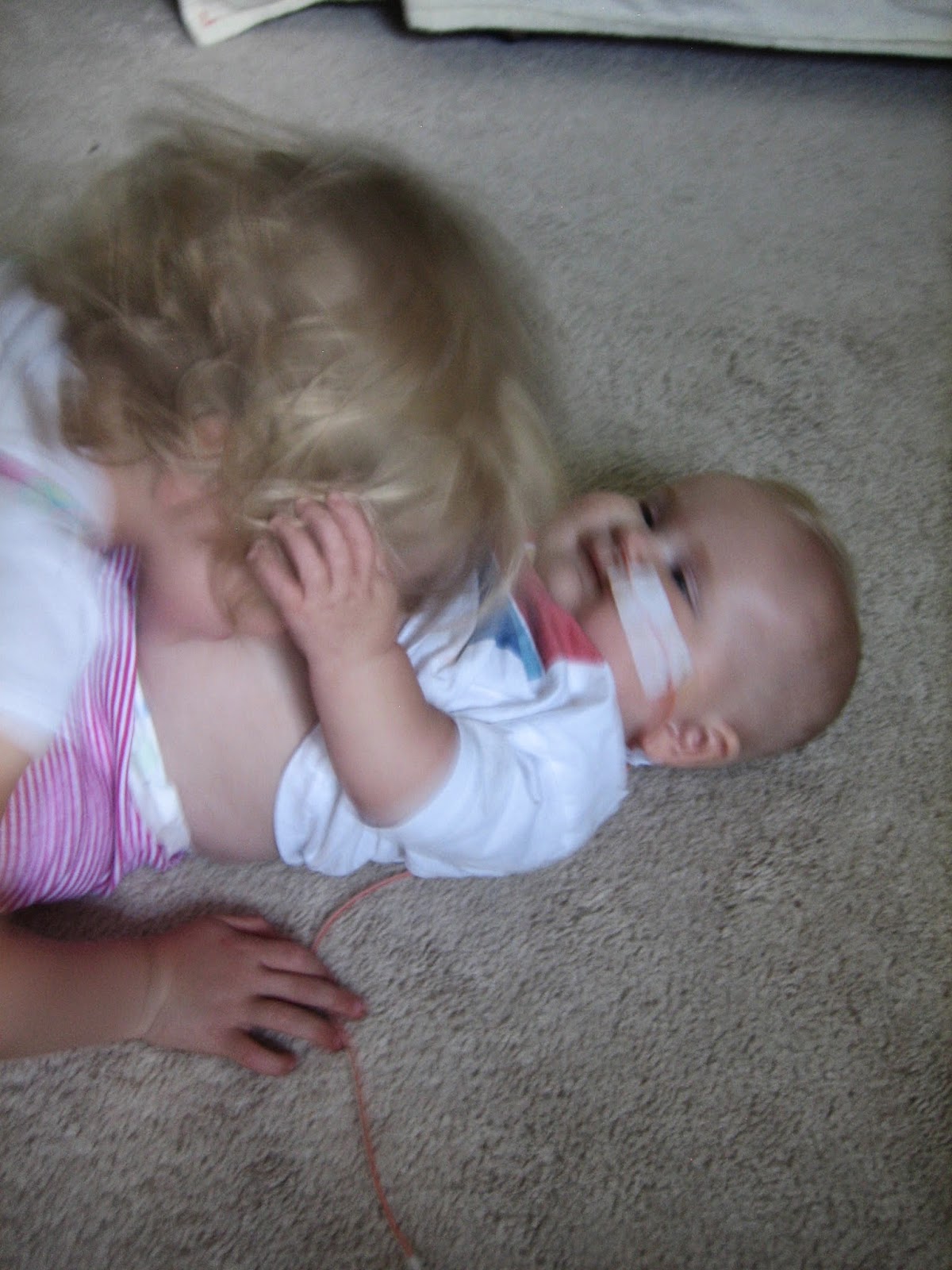 Doing what all big siblings do best. Blowing raspberries on the baby belly. 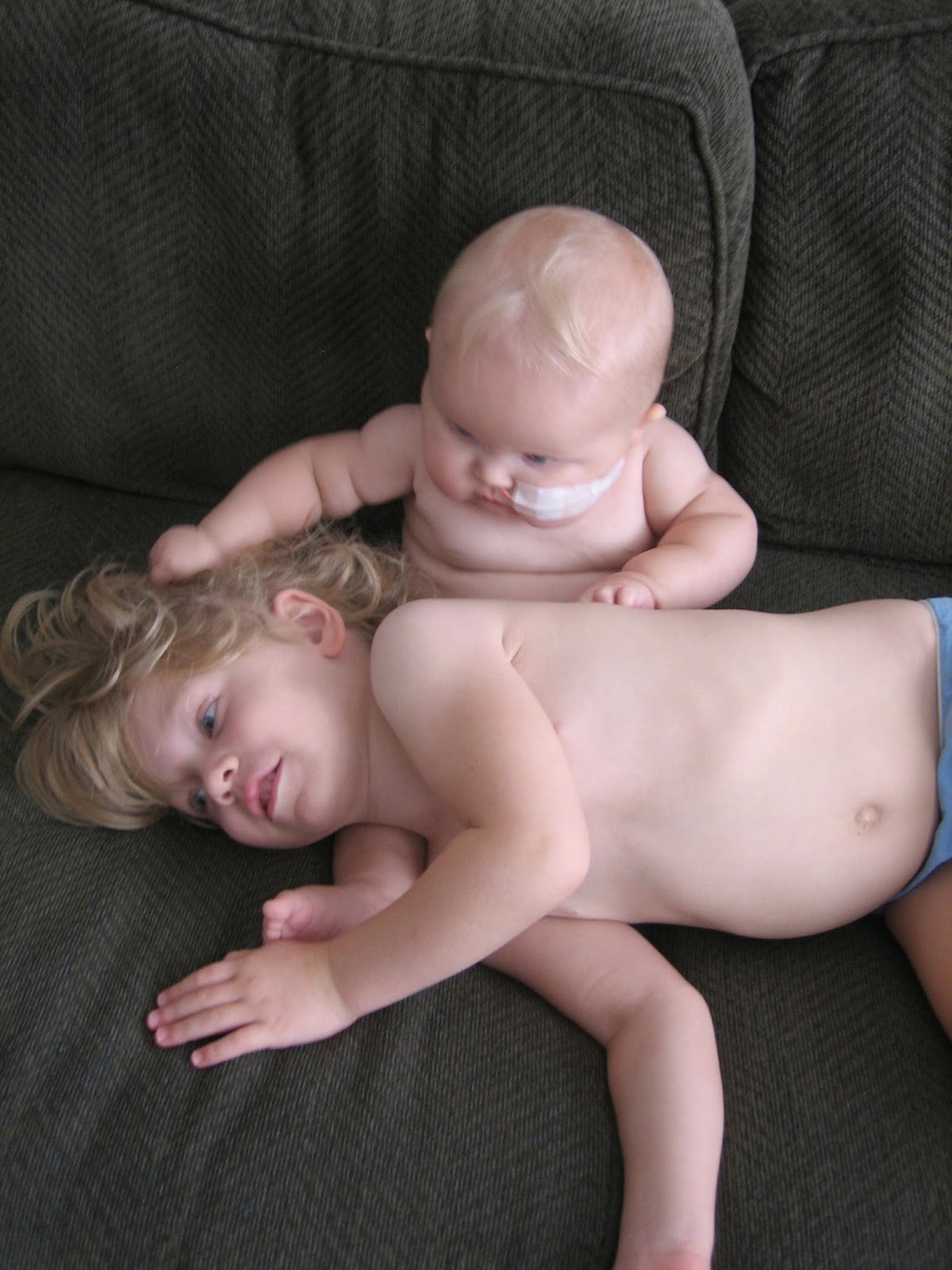 Back scratch or hair pulling???
Posted by Brianna at 12:55 PM