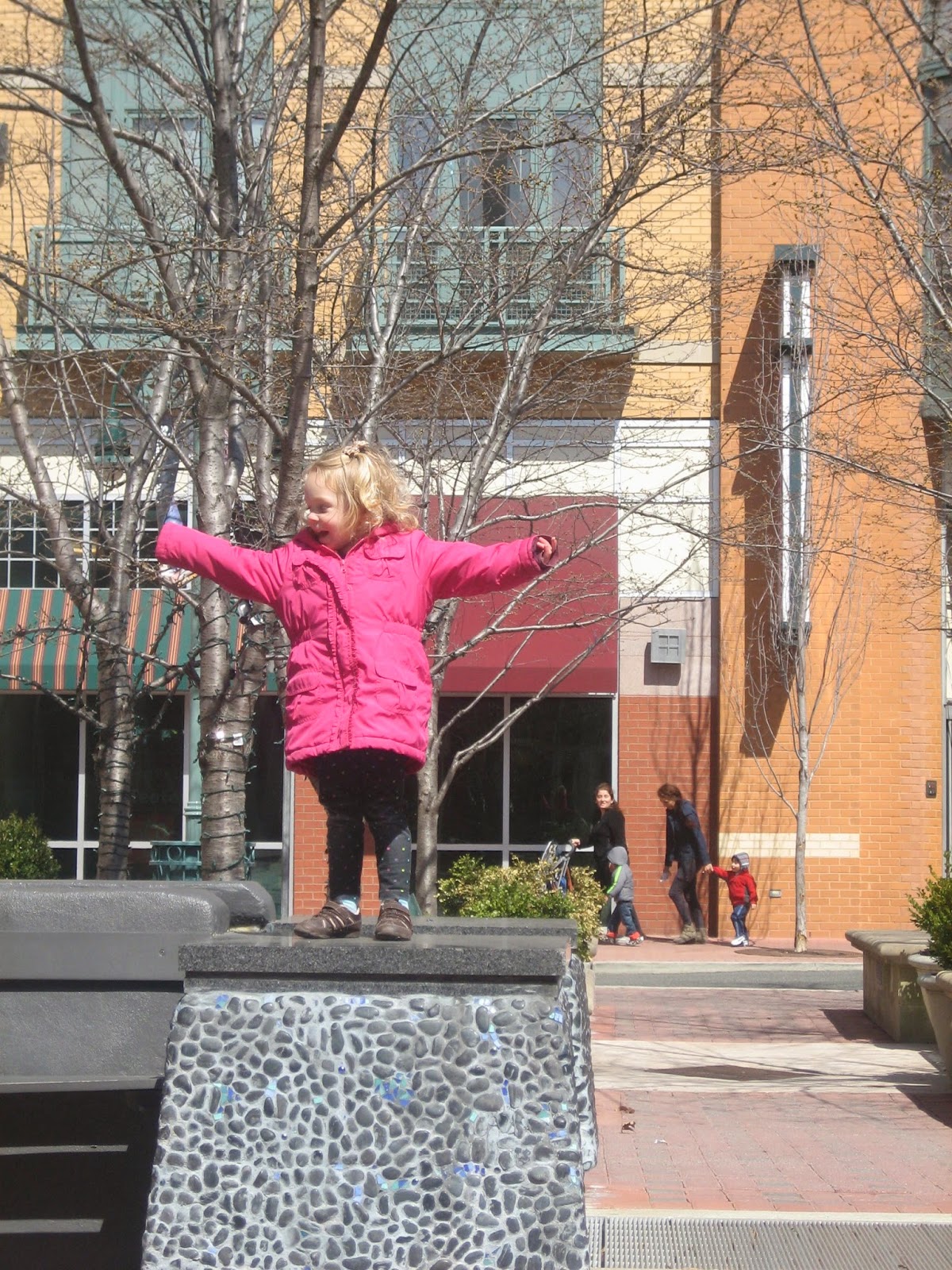 We had so much playtime indoors this week with play dough, beads to make necklaces, painting, baking, tea parties and reading our huge stack of library books.

We tried to make the most of our time while we were stuck indoors with bad weather and then bad coughs/fevers. Us girls like to share our germs I guess because we all got the same yucky cough, sniffles, and fevers. But don't worry, Tyson wanted to join the sick train too except he decided he wanted Pink Eye?!??!!!
I really didn't think adults could get that on their own. But OH!!!! how glad I am that it was Tyson who got it, not one of the girls. It's easy for Tyson to wash his hands, not touch his eye…or anything in the house really, and he takes the eye drop medication like it's nothing.
Really, I am so glad the girls didn't catch it!!!

So we're happy to see these past few days coming to an end. Also, we're happy that Spring is poking it's head out to say hello with warmer temperatures and maybe a few sunny days!! 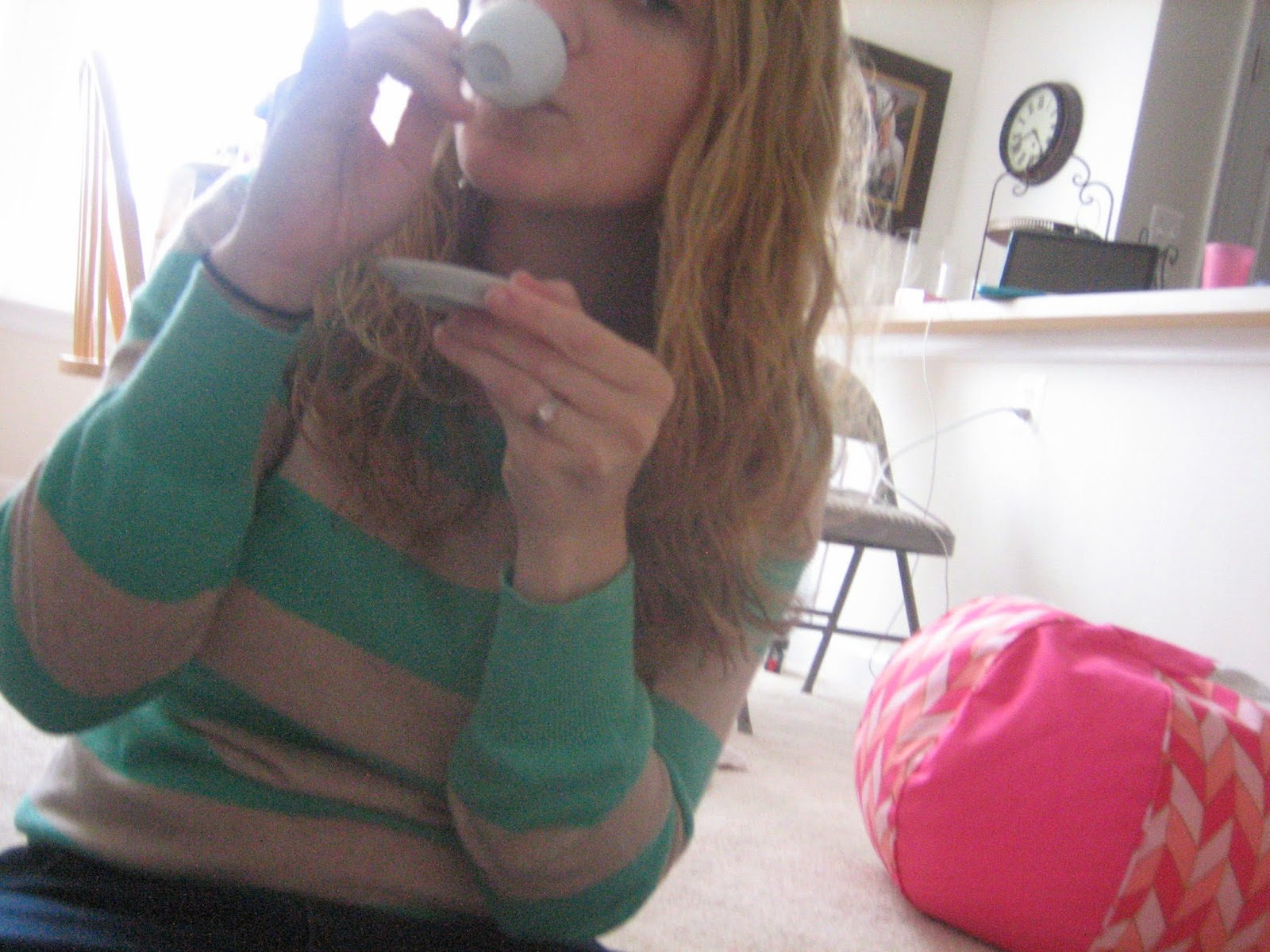 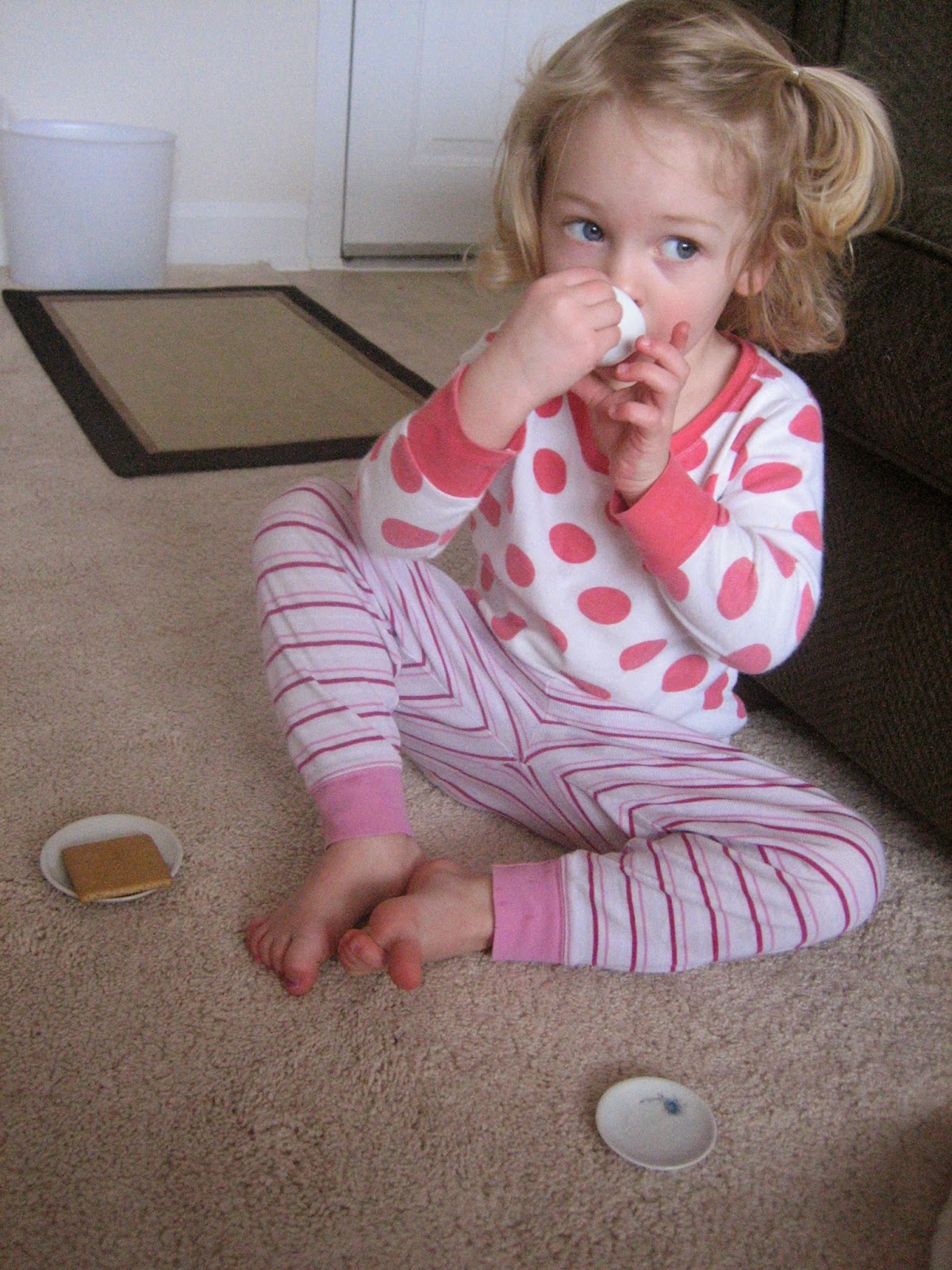 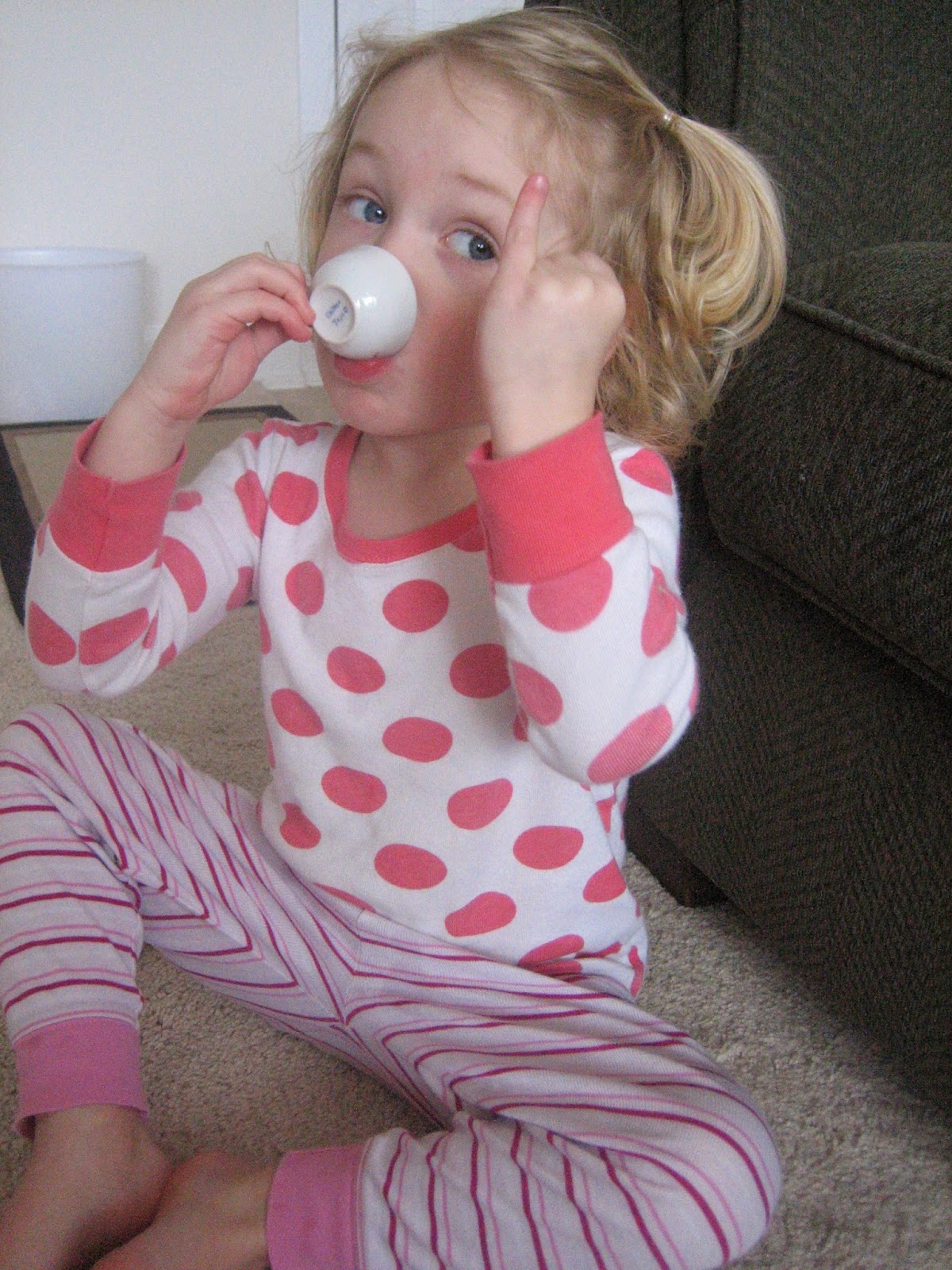 After our move, I found my tea set from when I was a little girl. I have been looking forward to finding it and giving it to Taryn to play with. It's already been giving some more cracks and we've had a few break but it's nothing some Krazy glue can't fix. I know this set won't last forever, but I am just so happy I could share it with Taryn (and hopefully Hadleigh if the pieces aren't too far gone by then!)

I was teaching Taryn that we keep pinkies up when we drink tea. While taking pictures, this is how she decided to put her pinkies up. :) Almost every time I have the camera out now, Taryn asks to take my picture. It's really fun to see life through her eyes. 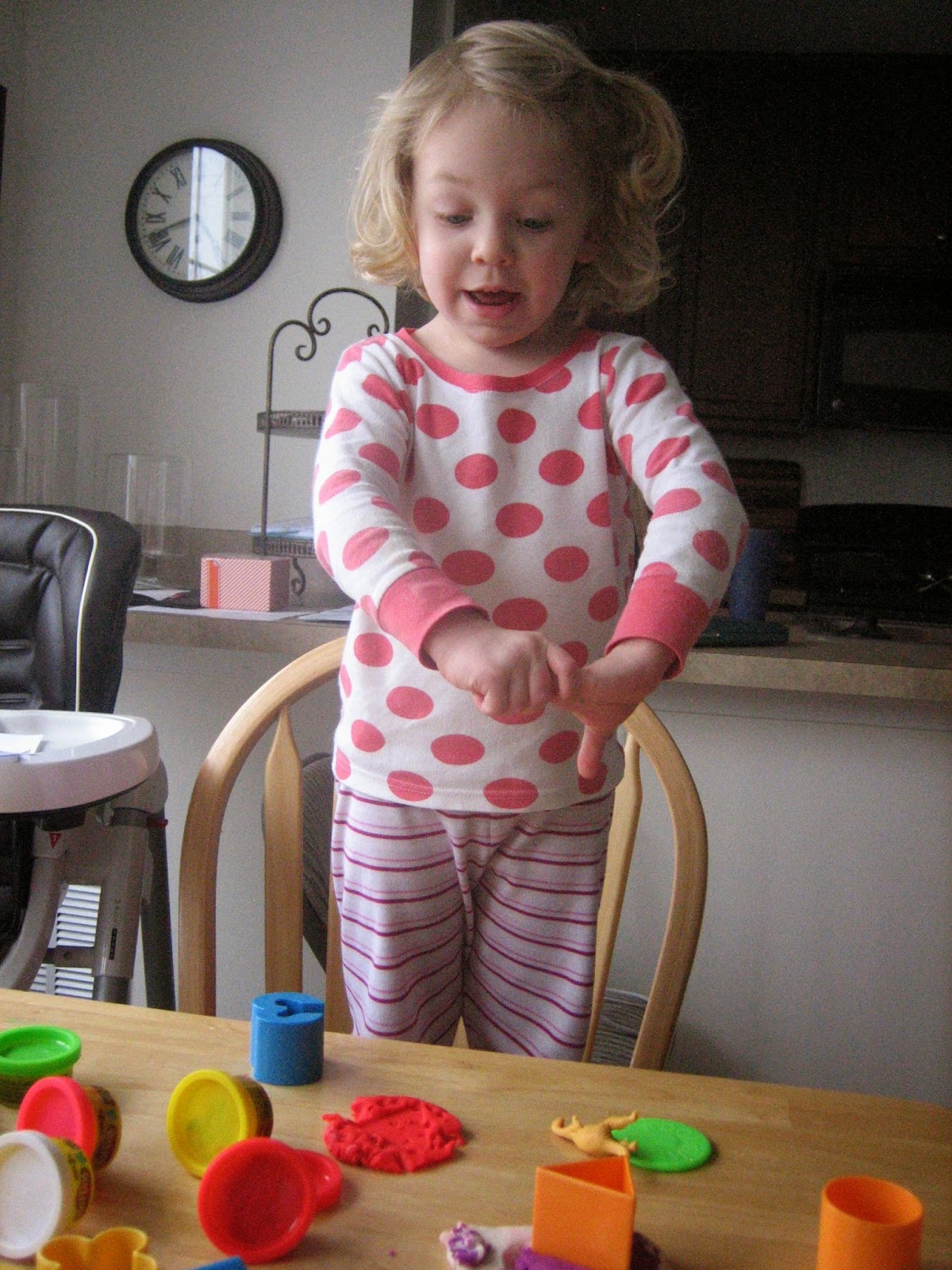 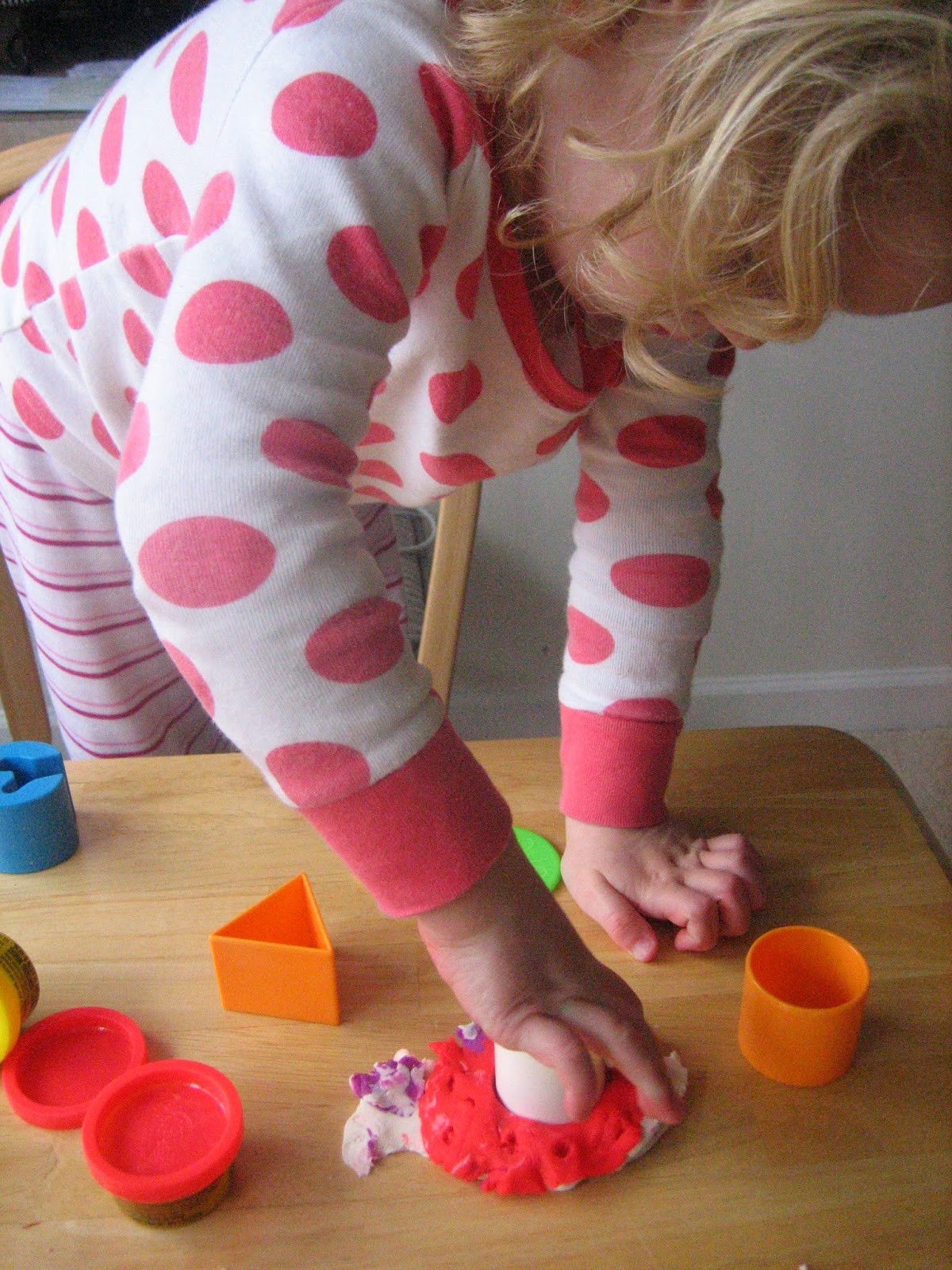 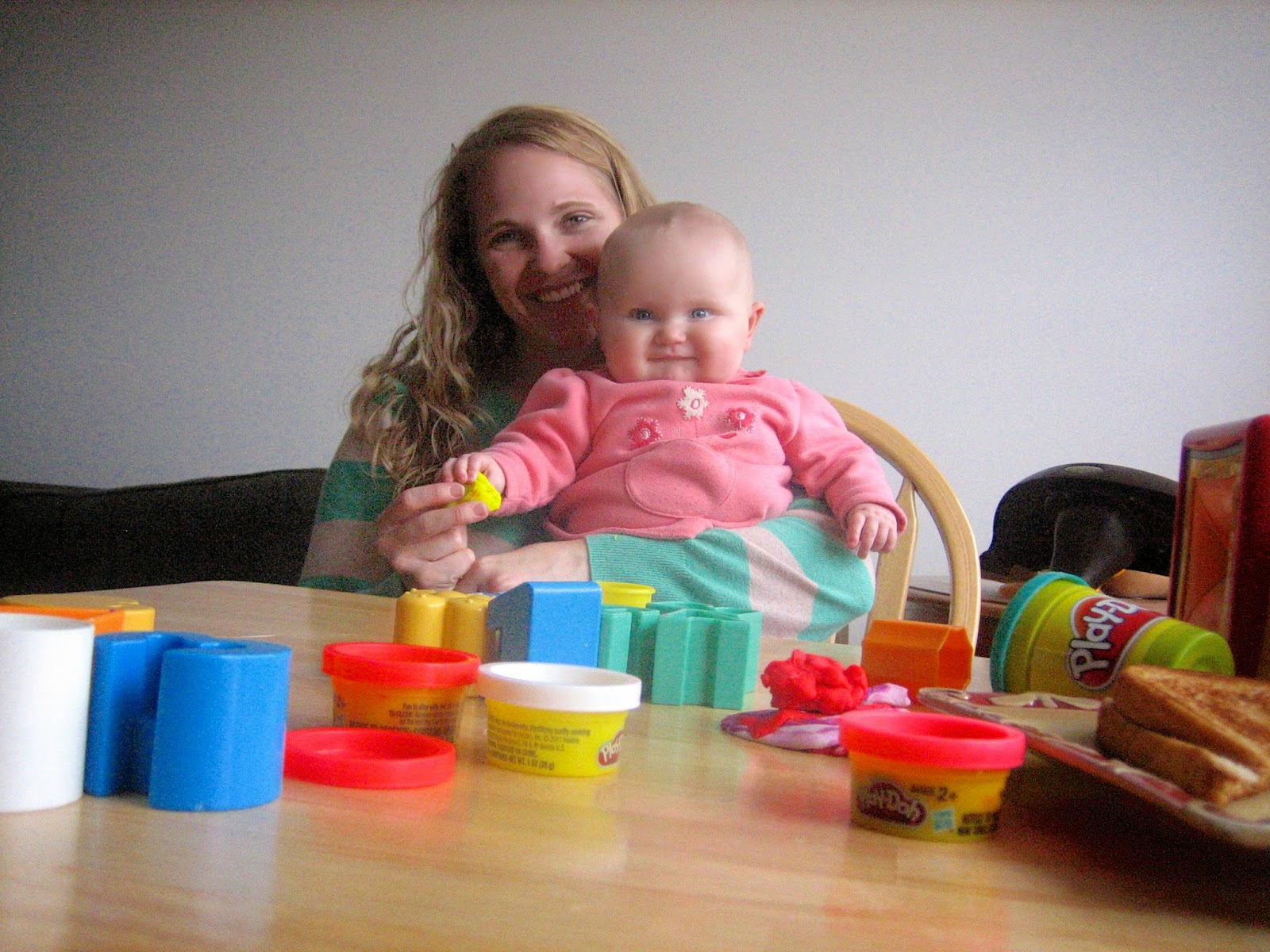 Hadleigh will always give Taryn the biggest smile when she has the camera! 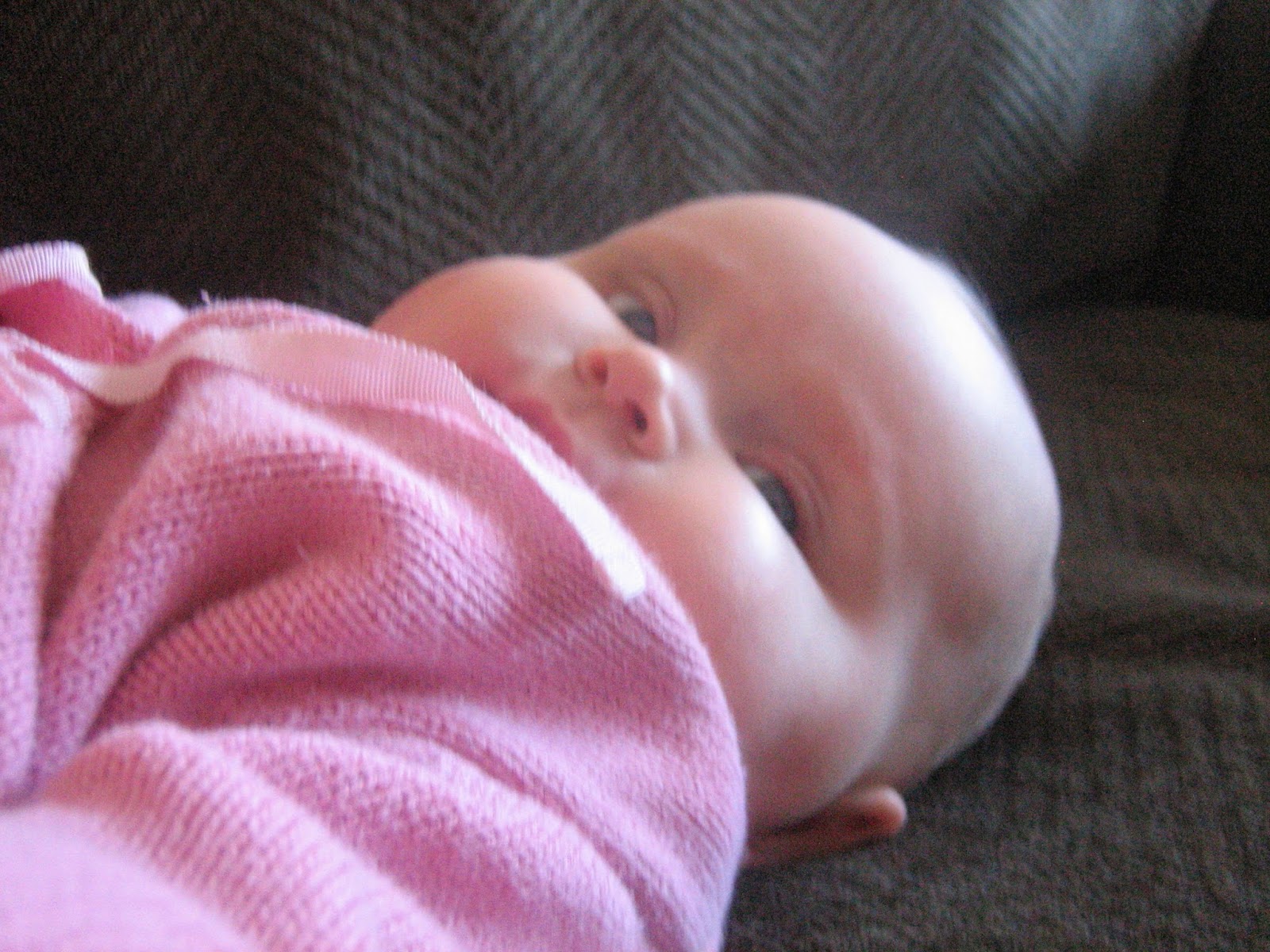 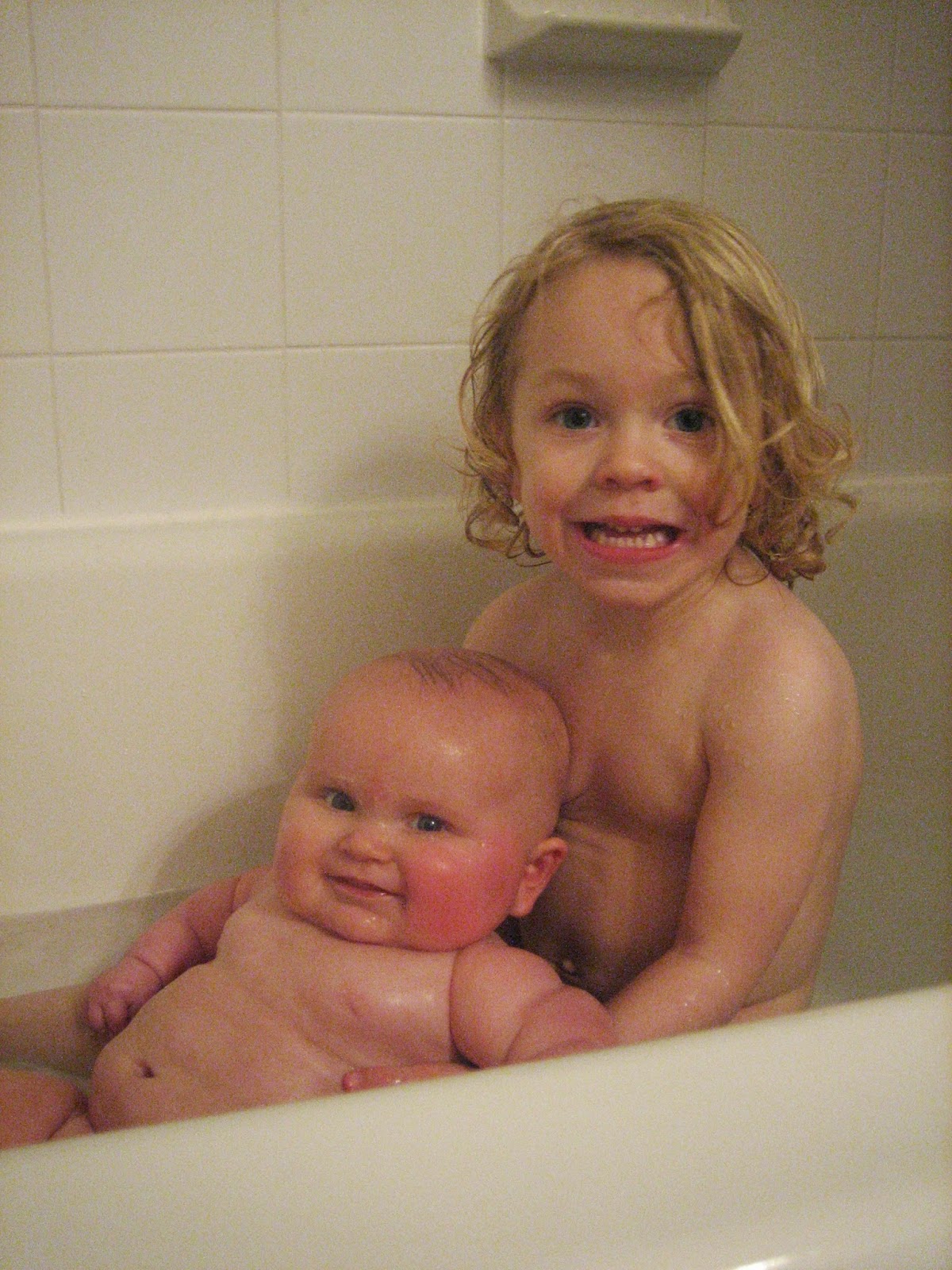 Taryn is a fish and I'm pretty sure Hadleigh is heading in that same direction. These two love their bath time. Yes, there is a TON of water to clean up after. I figure we are just making up for not having a bath tub all these years. 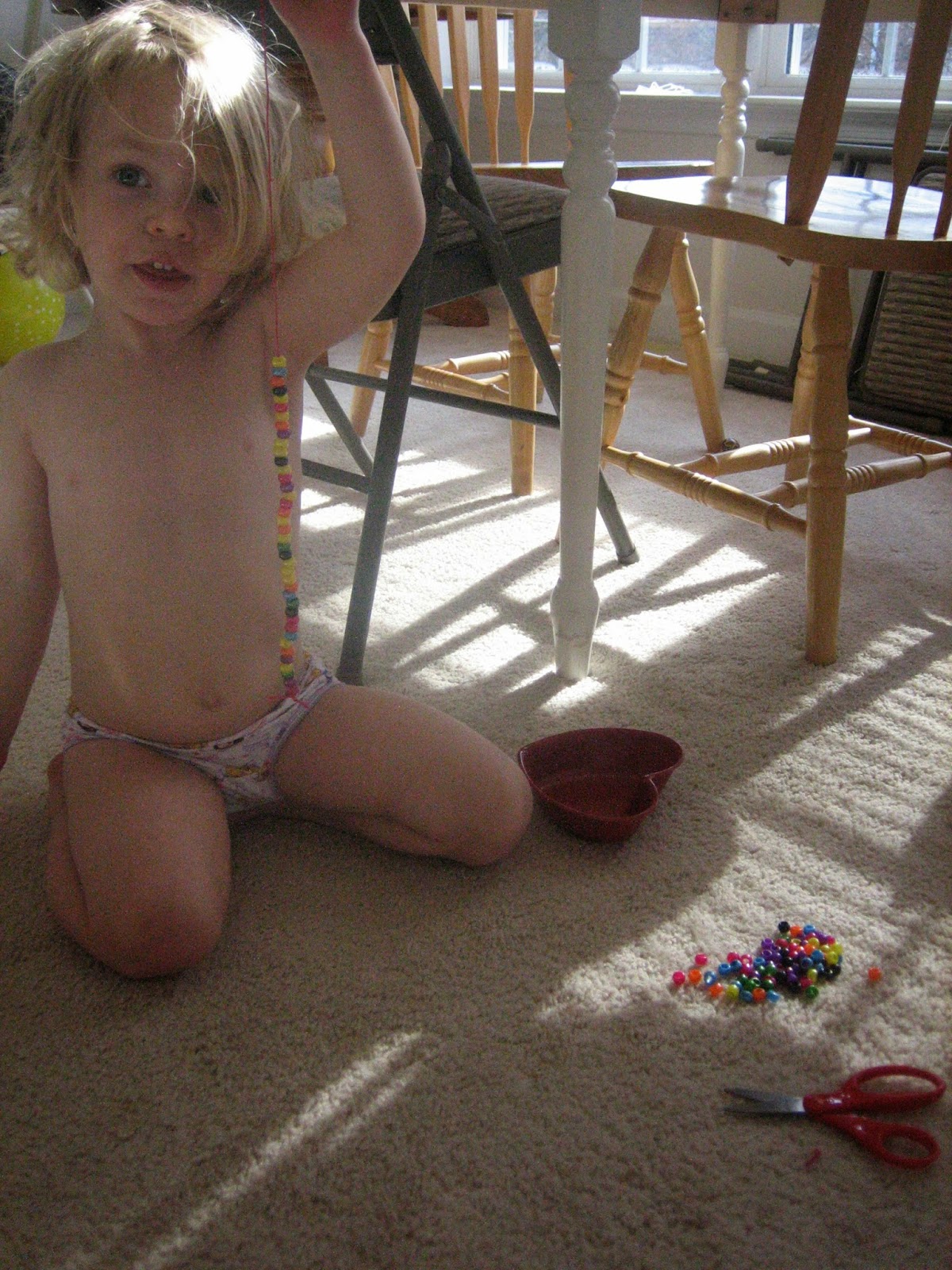 This particular necklace was made and worn with pride!!!!! She wanted to show everyone her necklace  and asked to wear it to bed! 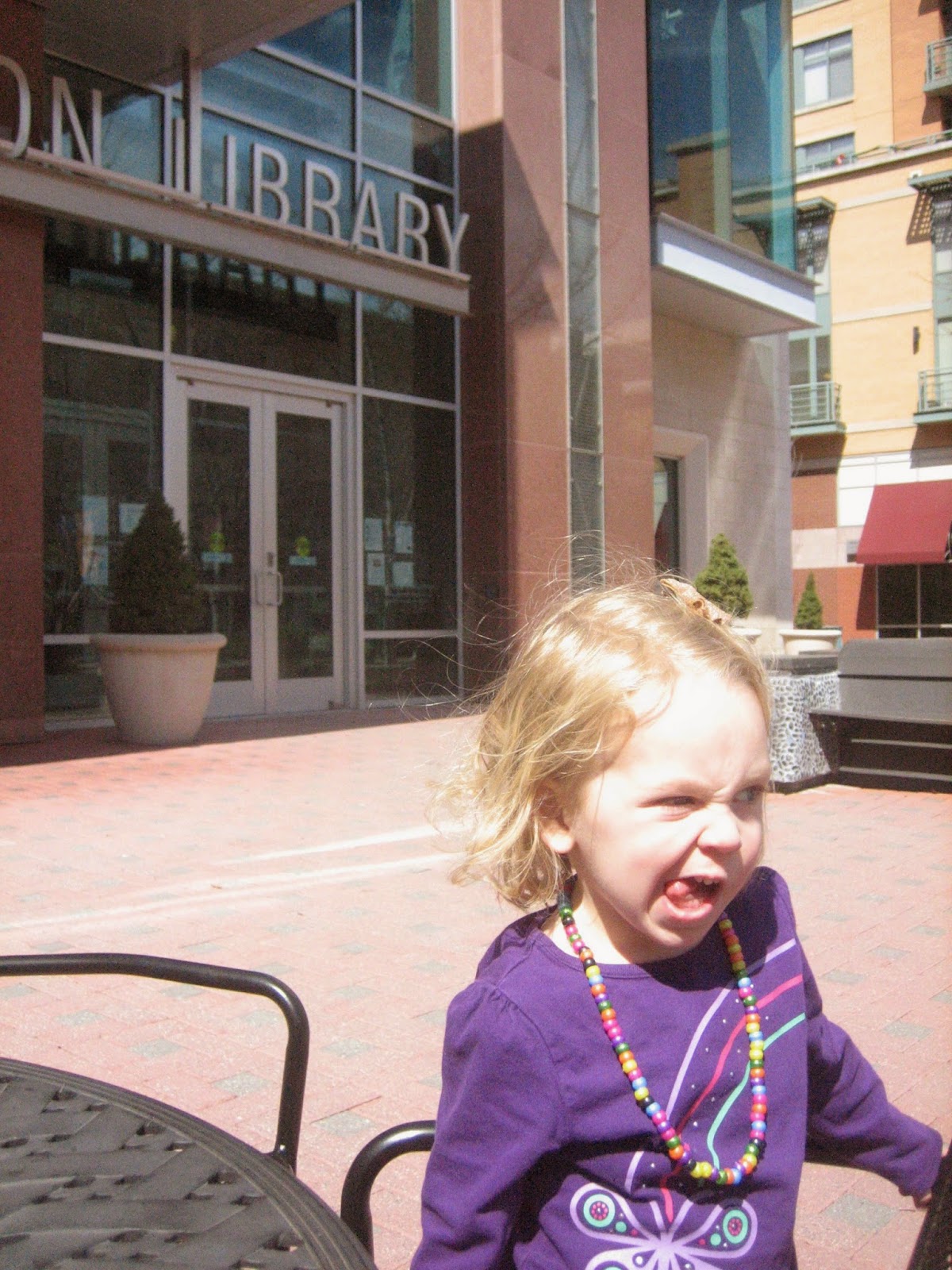 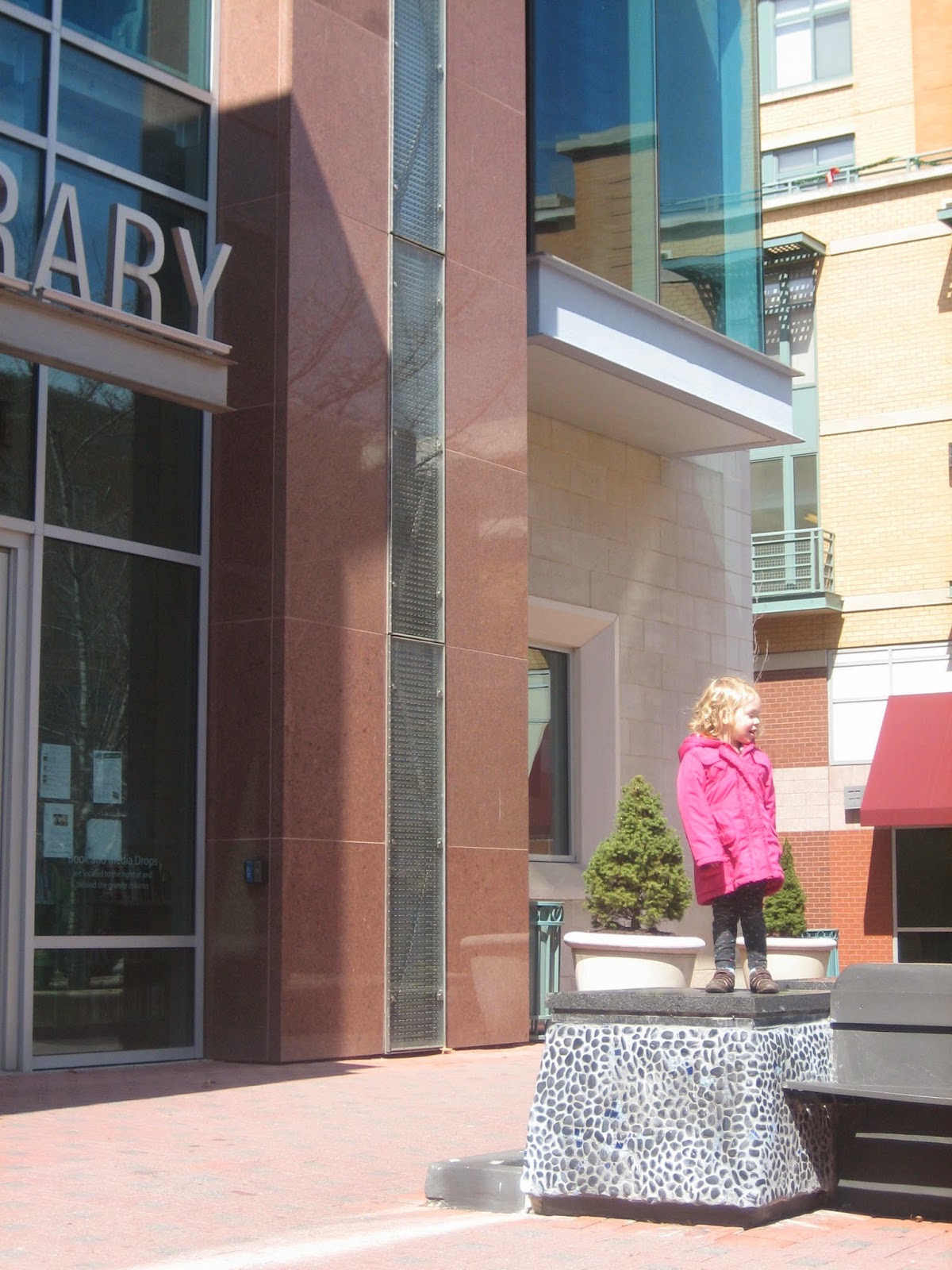 Discovering a different library so we could switch things up a bit.
Posted by Brianna at 1:24 PM