The past week - adjusting to new life settings. 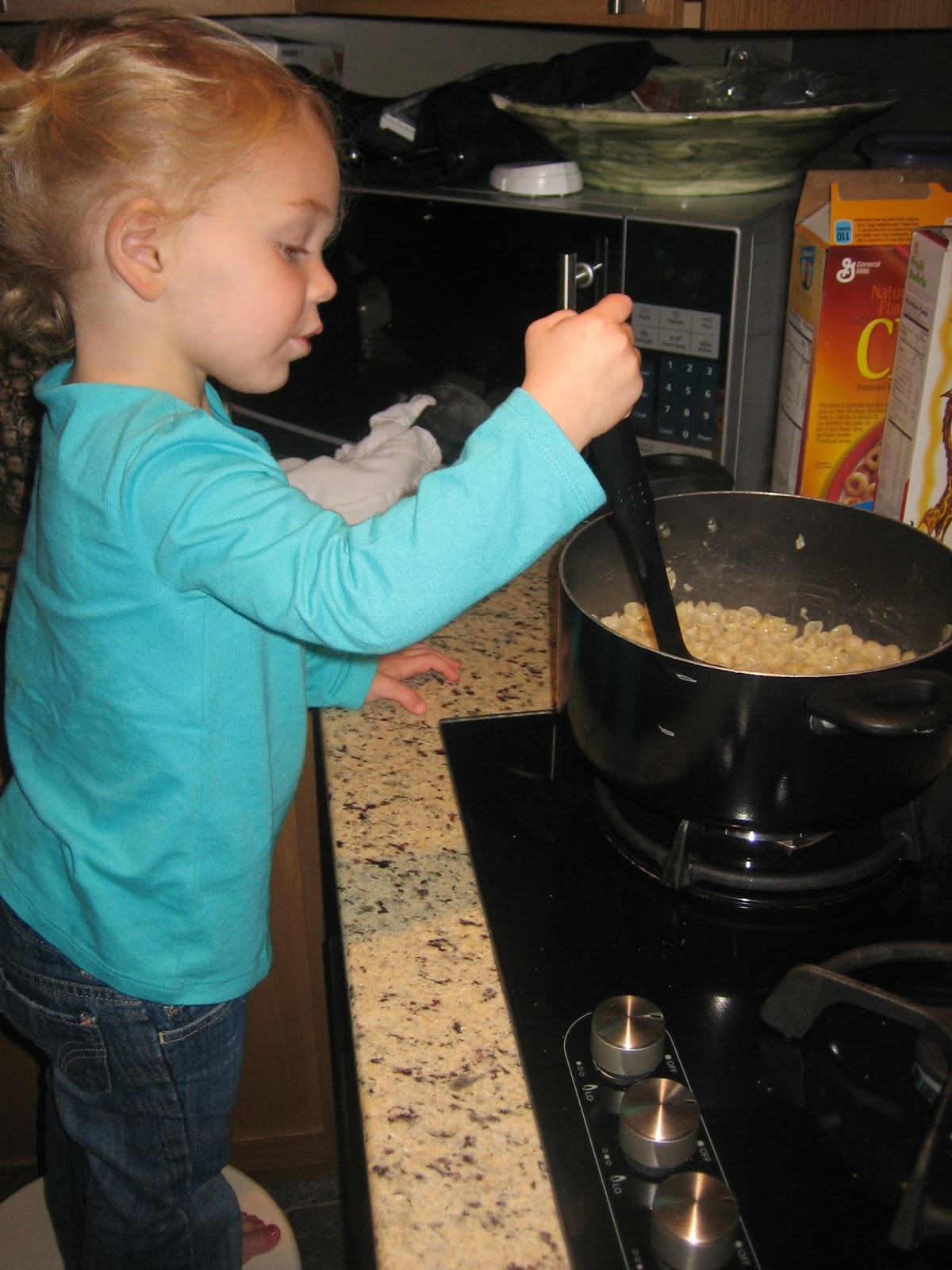 Helping out mom and staying entertained while indoors 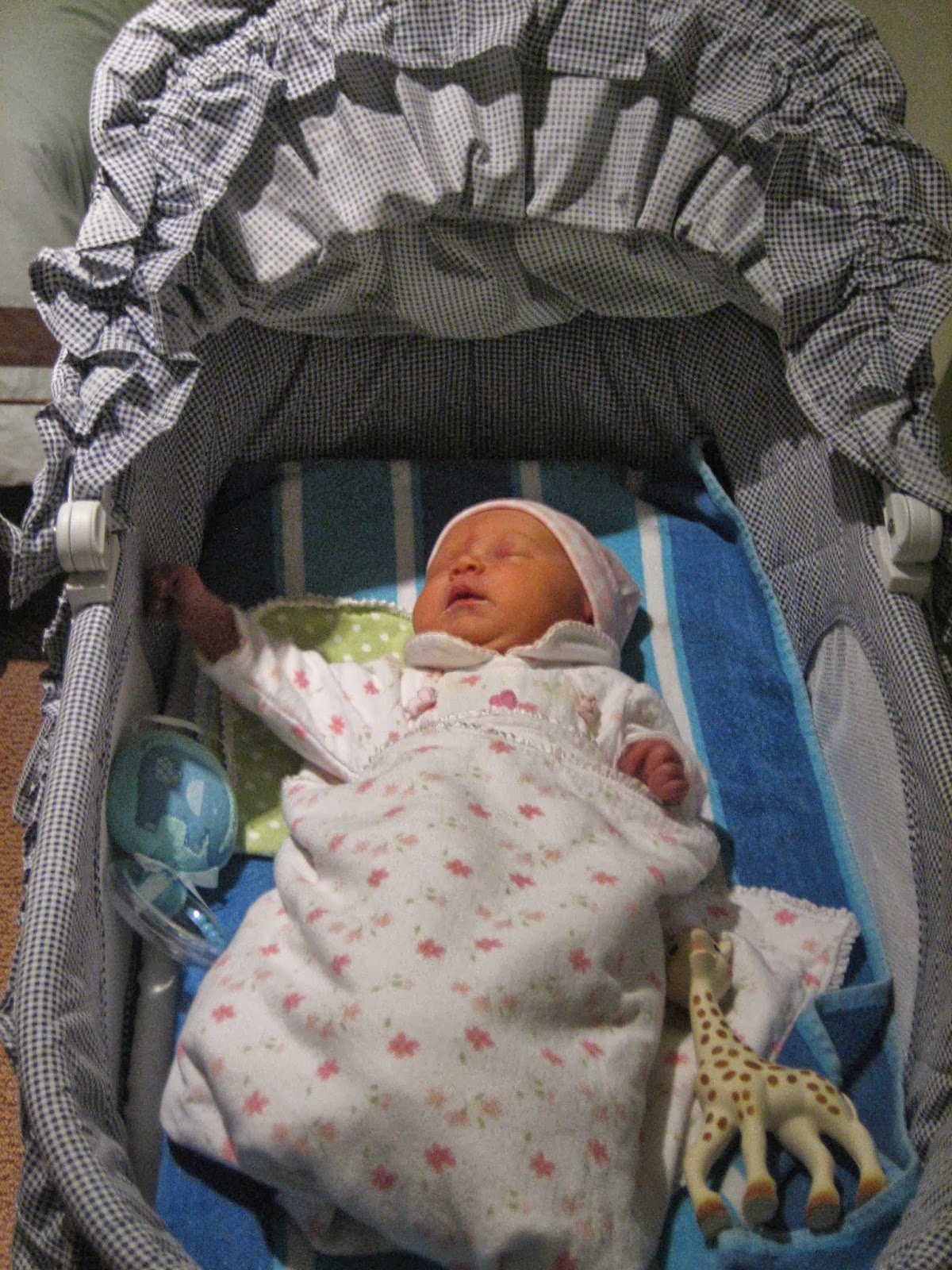 Went to check on Hadleigh and found some new toys in her bassinet.
You know Taryn really loves her baby sister when she is willing to part with her beloved Sophie 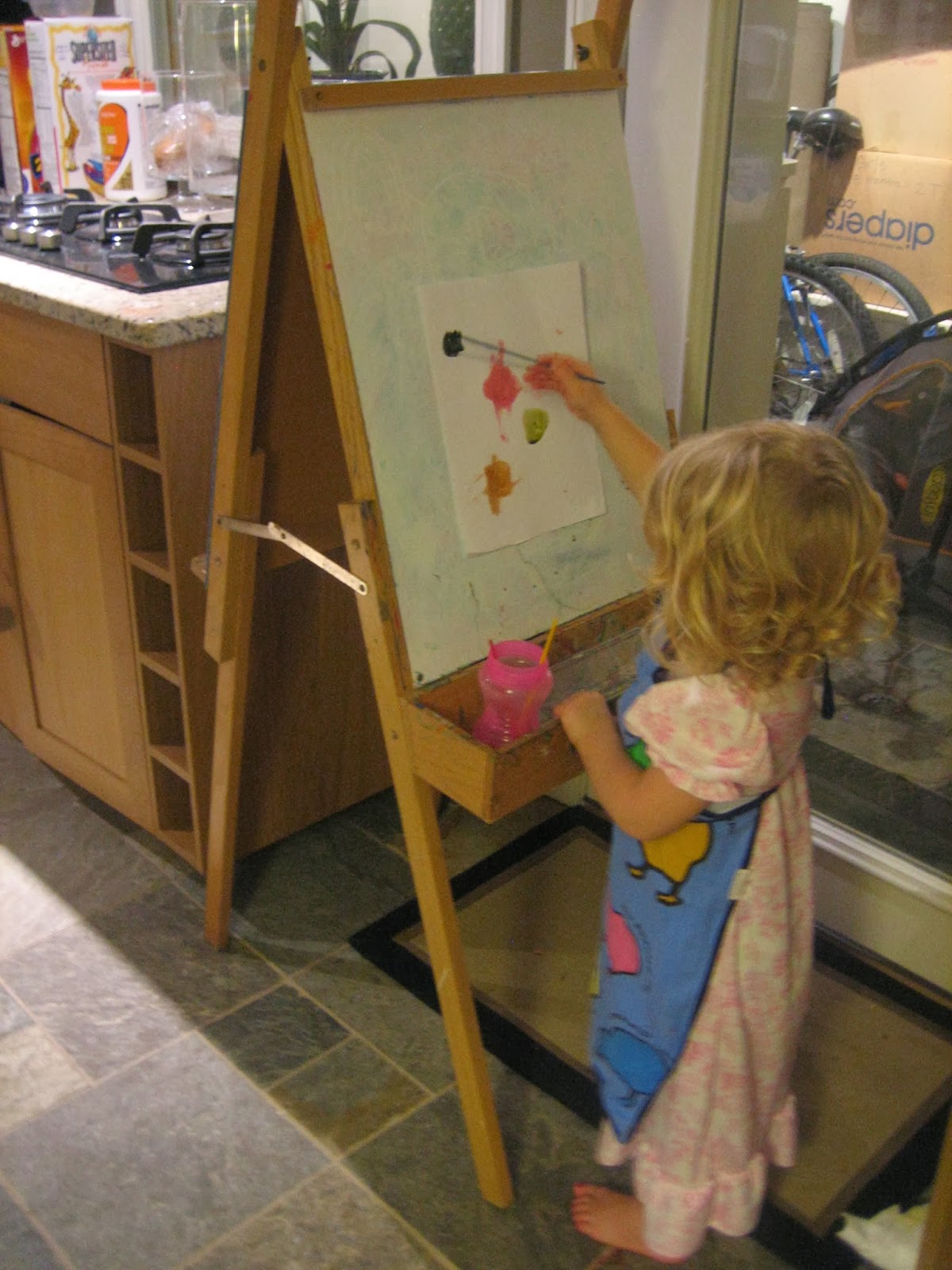 "Mom, I want to paint." A daily saying around here 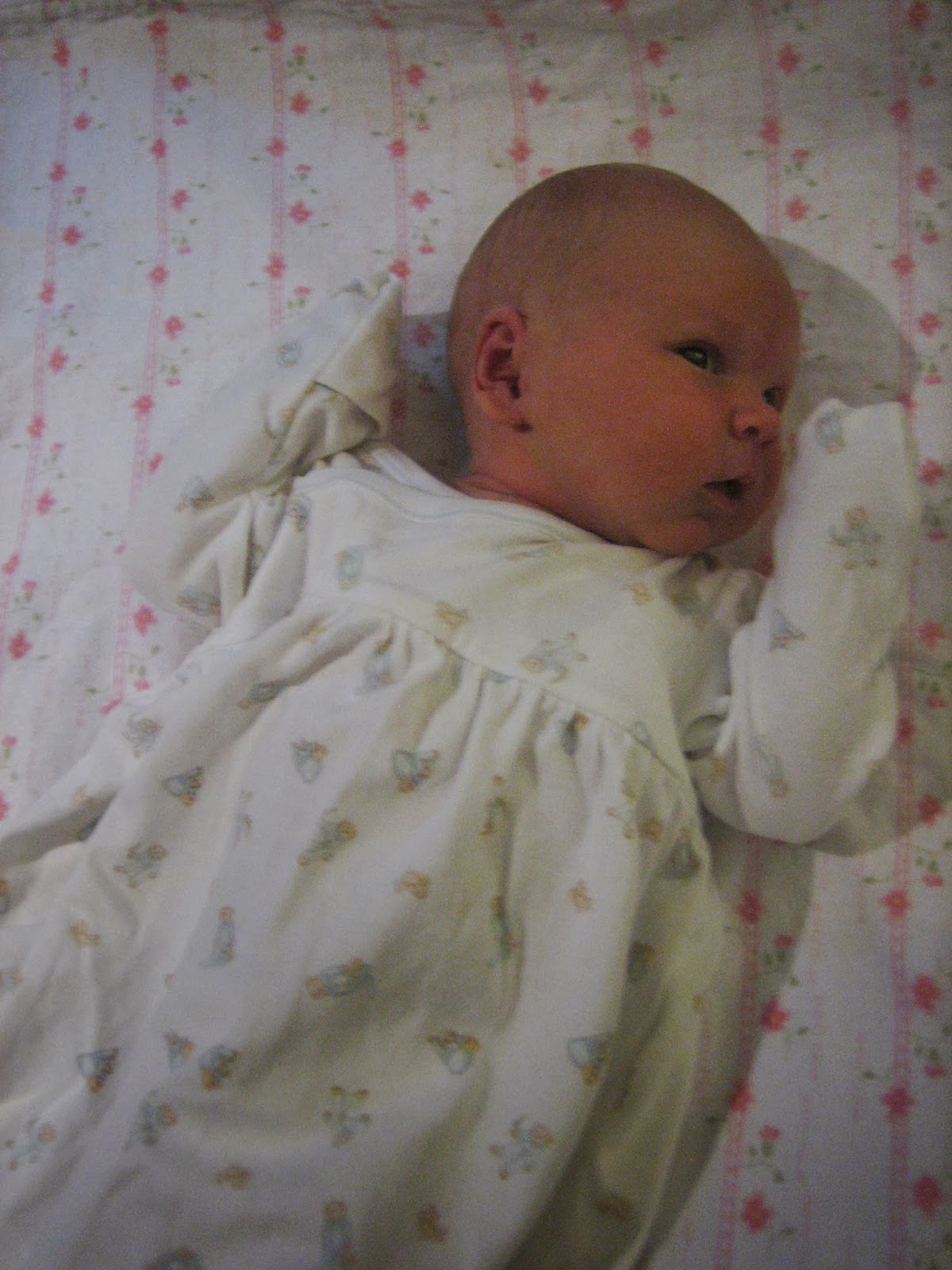 Just so sweet and calm 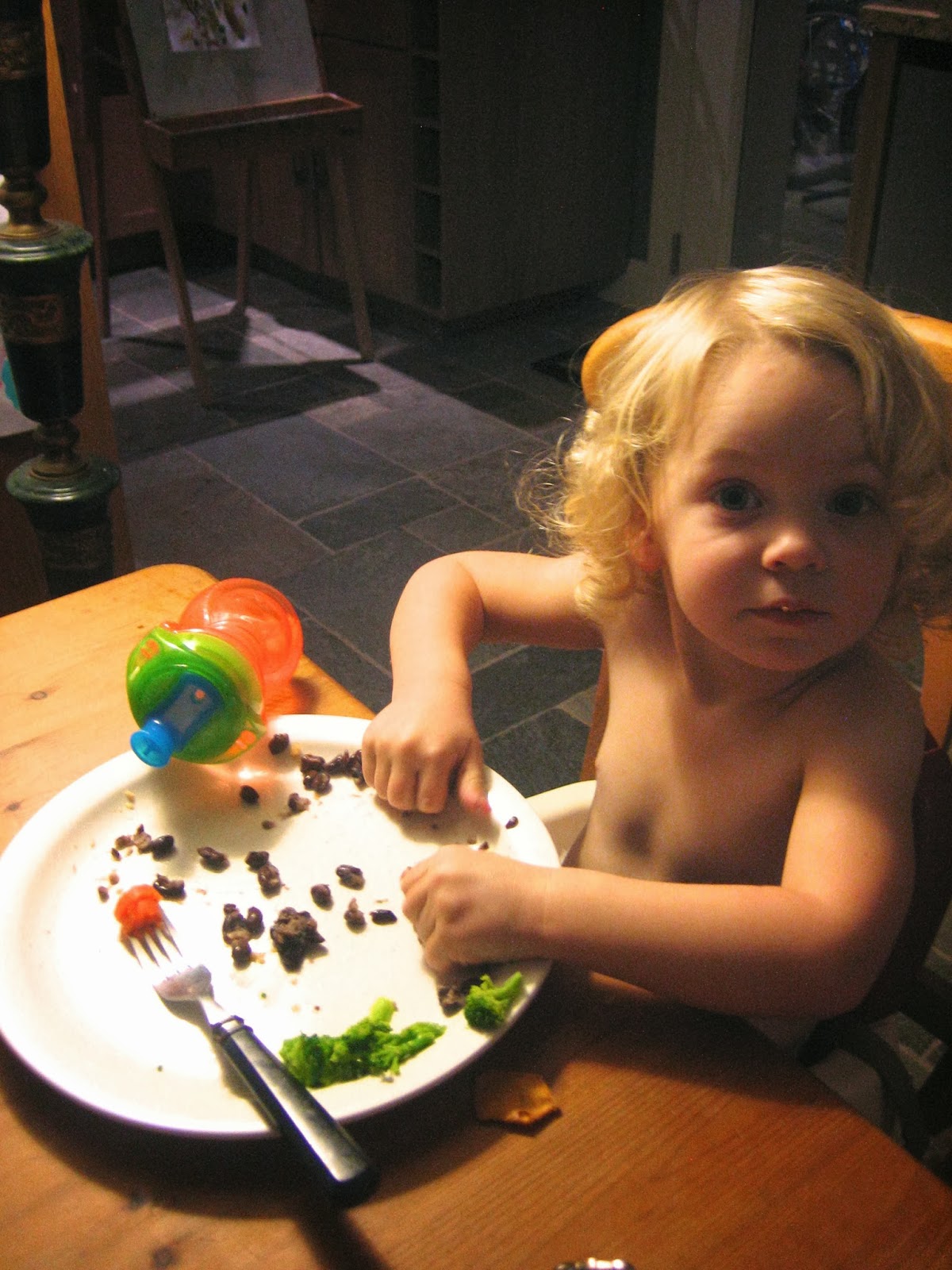 "Mom, take a picture of me!" as she smashed the rest of her beans with her bare hands during dinner. 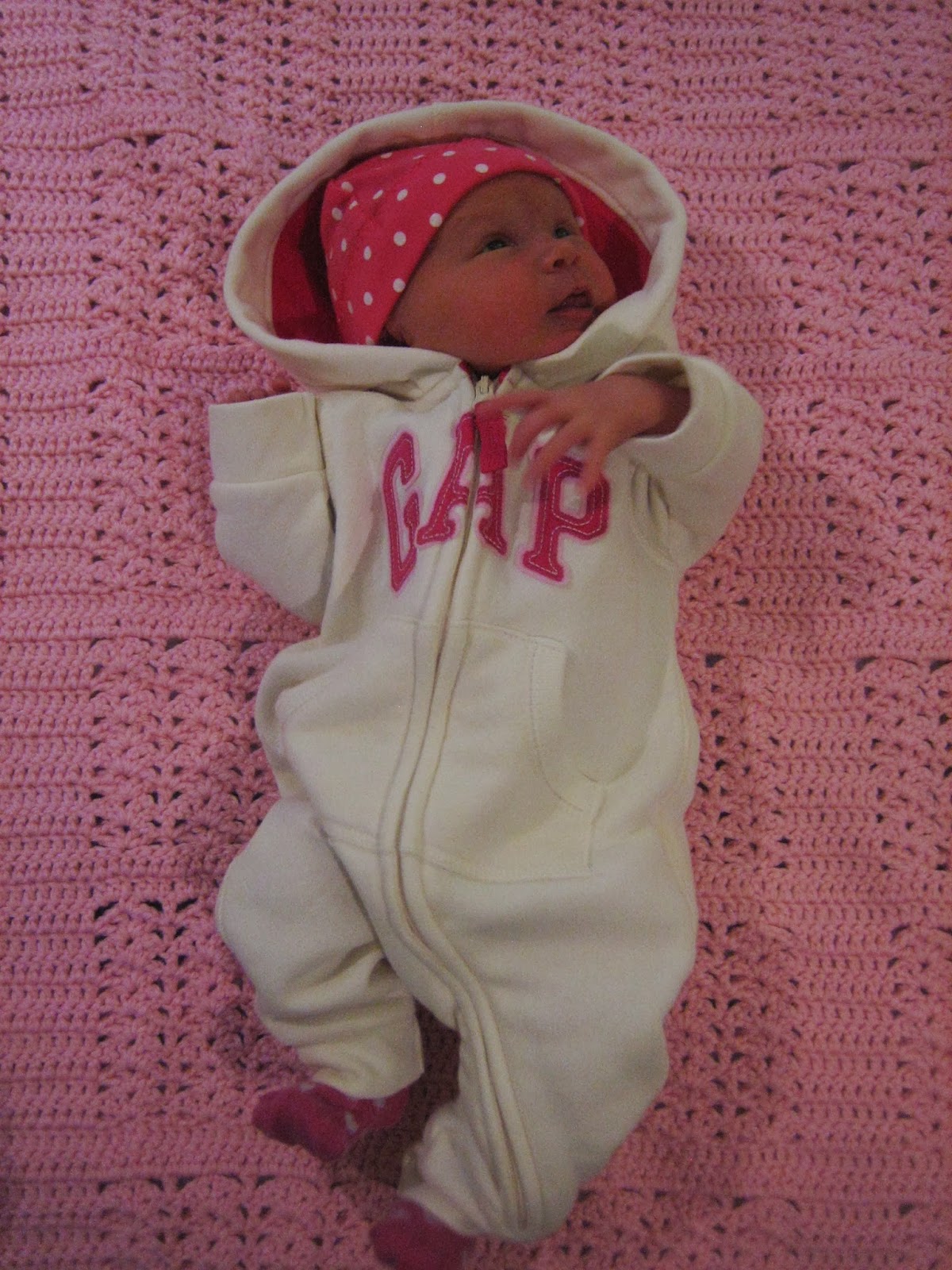 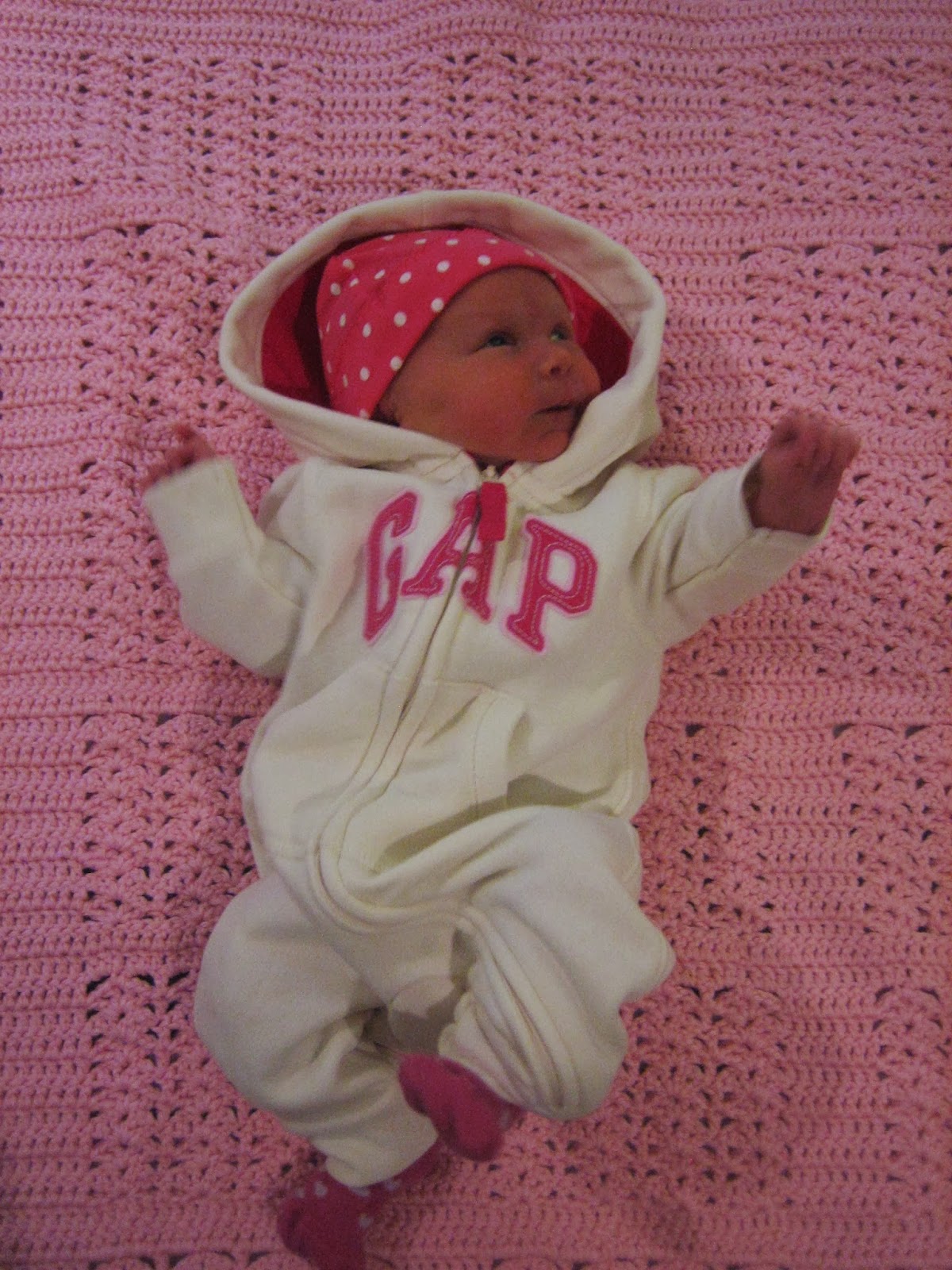 I think someone's excited to be in this family :) 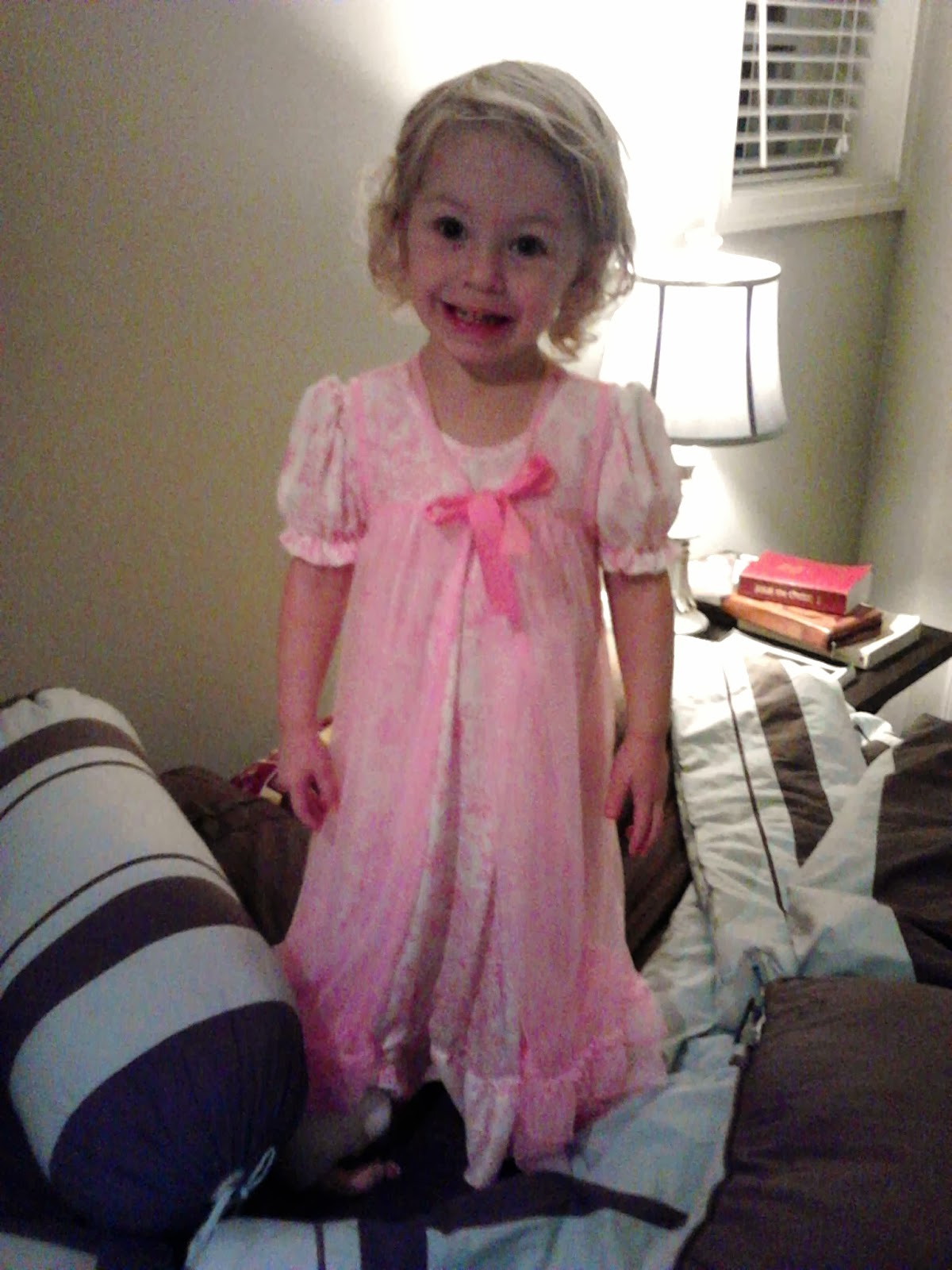 Her new princess jammies which she loves to twirl in.

We have been taking things very slowly around here as we adjust our life settings. I've been recovering which is going a lot better/faster than I remember from last time and Taryn has been out with a cold/cough. I'm thankful for all the rain because it makes me feel less guilty about staying inside while Taryn & I are on the mend. Thanks to help from so many, I've been able to focus on the needs of my little family and tackle the to-do list for our upcoming move.

I've done so much laundry just in the past few days. Most are newborn items covered with spit up,
some toddler peed-on sheets & blankets, and some are clothes I've pulled out of storage as we transition Taryn from her 2T summer clothes to 3T-5T winter clothes. She has grown so much!

I'm convinced that Hadleigh was trained professionally in Spit Up 101- one incident resulted in projectile baby spit up in my eye- She's got skills. Thankfully, I think she is past that phase for which my clothes are grateful :)

I dropped Taryn off a preschool this week and looked in the backseat of my car. I still had a child back there! It was such a funny thing to realize that I have two daughters and when one is away, there is still one to be cared for. I would love to say, "I am so on top of this mothering-of-two thing" but I am so not. And I am surprisingly ok with that.  I sat down to nurse Hadleigh while Taryn did flips and kicks around the house, showing off her gymnastic skills. That's when I spotted the two leaks on her bottom. Oops! Guess I fell behind on her diaper changes that morning. I had to just laugh and continue sitting there- not able to do a thing about it until I finished nursing.
Thankfully, we've got great kids who still love us even if we forget to change their diapers in a timely fashion.