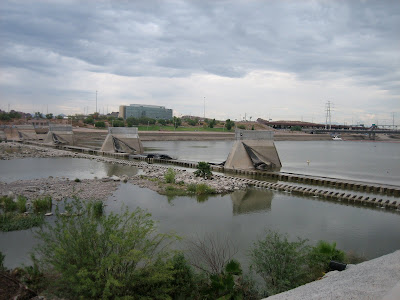 Tempe Town Lake had a dam. And it burst last week. Yup. Water and tons of it came rushing into the Salt River. Poor fishes... So we went to go check it out. 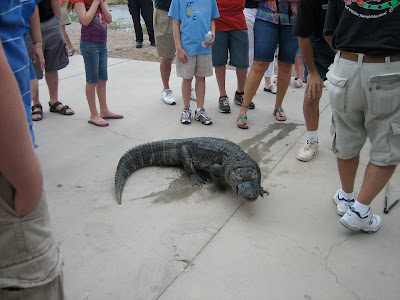 And saw this little guy. FREAKED me out! I thought someone was being rescued because there were firetrucks, police men, park rangers, and newsreporters everywhere. When we got closer I said, "Tyson...I think that's a alligator!!!!" 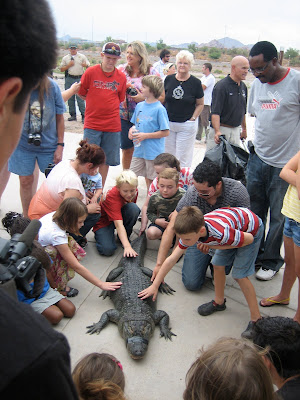 We found out that for some reason they brought this little guy down to the lake...I think it was to eat all the fishes but I have no idea. These kids were so brave. 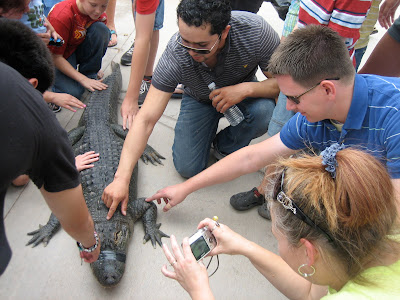 Tyson was brave and touched it. 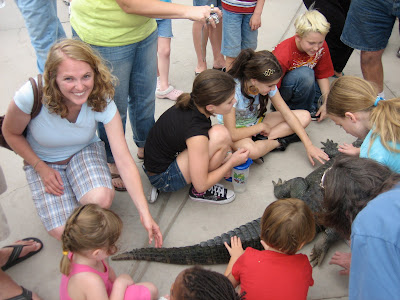 So even though I didn't have the courage to, I touched the alligator! (then used Purel to disinfect my hands!)
Posted by Brianna Smith at 1:02 PM