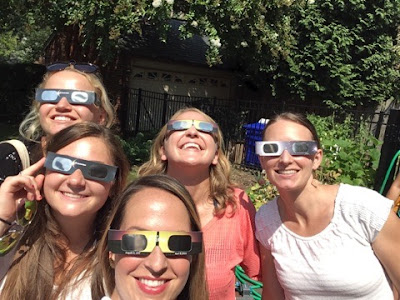 When I first heard about the solar eclipse that was coming, about 6 months before, I didn't think much of it. But one month before it was to happen, I got the hint that I really needed to find some solar eclipse glasses for the viewing! I started watching videos online about the eclipse and showing the girls how the eclipse worked so they would understand what they were seeing. 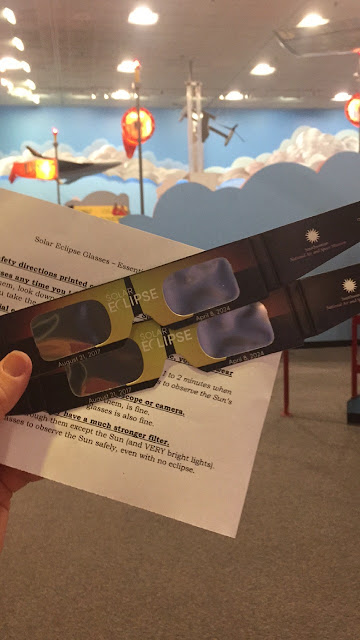 After searching high and low, I found out that the Air and Space Museum was handing 2 out per family. I made sure to be there in line to get some. I wasn't the only one with the same thought. I waited about an hour total but it was sooooo worth it. I got the free solar eclipse glasses that would cover Tyson at work and me and the girls. Perfect! 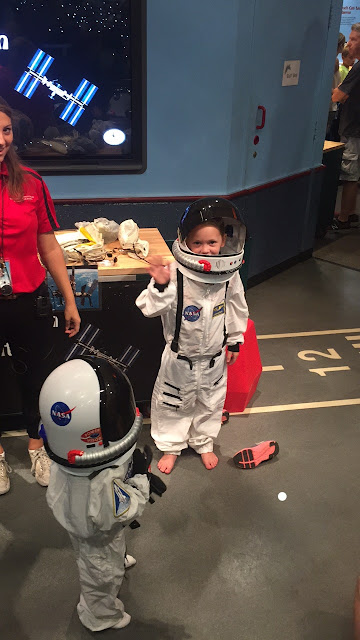 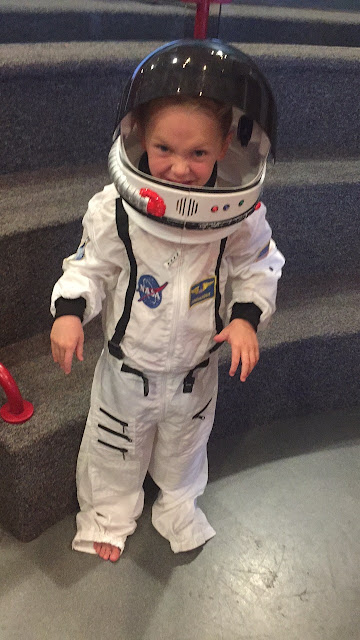 After standing in line for an hour in the hot summer humidity, I took the girls around one of their favorite museums. Taryn has been more bold lately and volunteered to wear this awesome space suit for the space demonstration. She was thrilled and didn't want to take it off. 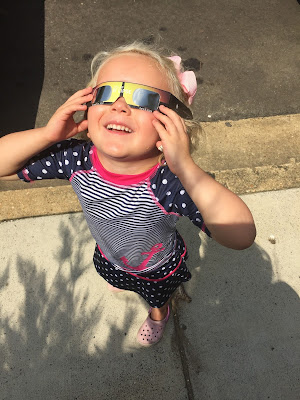 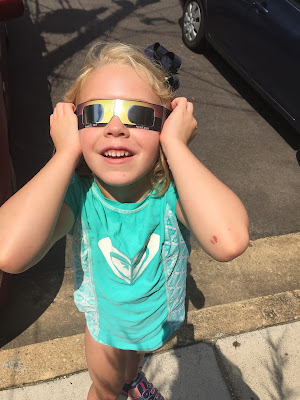 On August 21st, We headed out as the eclipse was starting and viewed it for ourselves. I have to be honest. The girls thought it was cool to see it the first few times before the total eclipse (or the 80 % that we had a viewing of) but after that they were more focused on playing with their friends at a backyard water party. 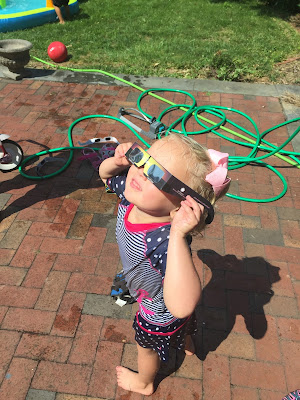 Haddie snuck in another view (and so did Taryn- finally,) after I asked the girls several times to come and view before the eclipse went away.
They may not remember this life moment, but I'm glad that I didn't let it pass!